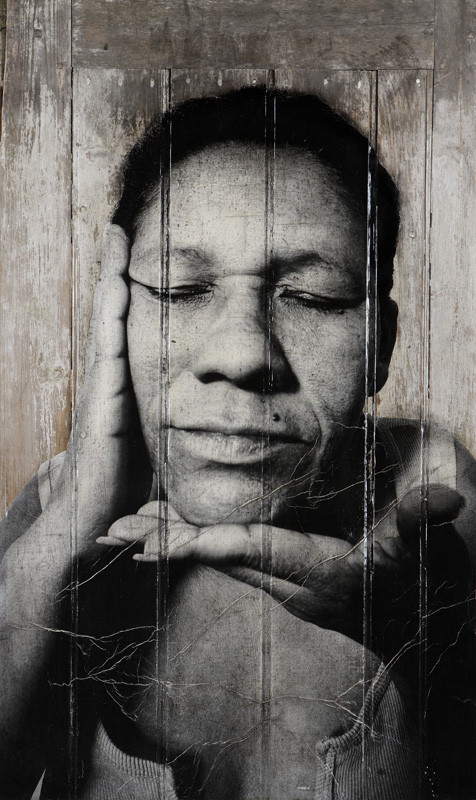 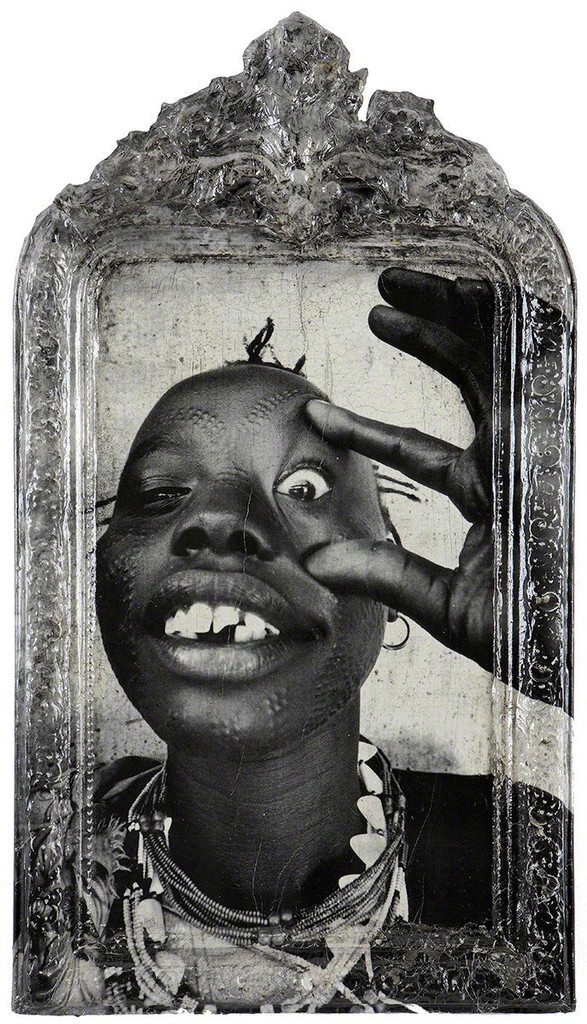 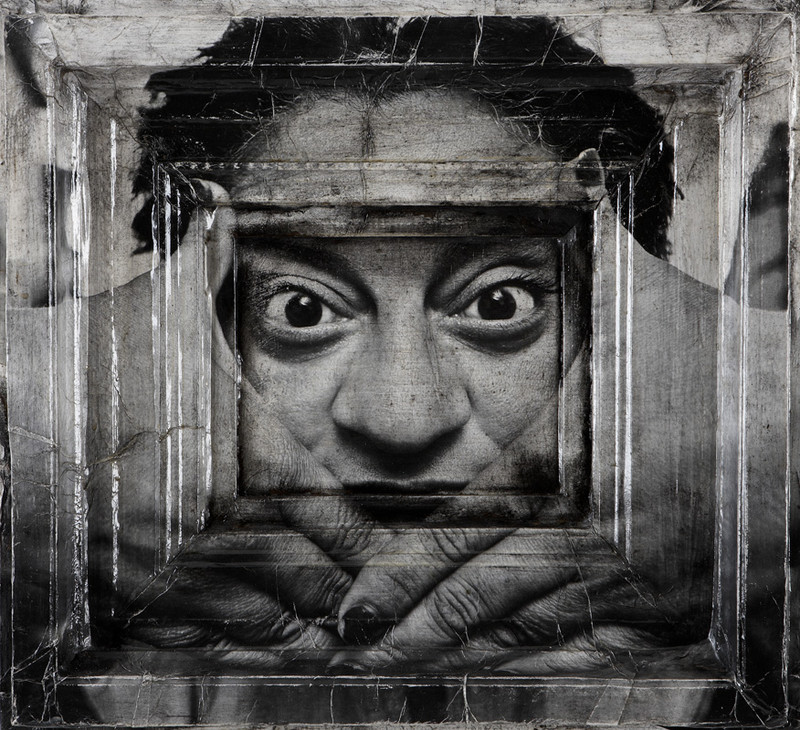 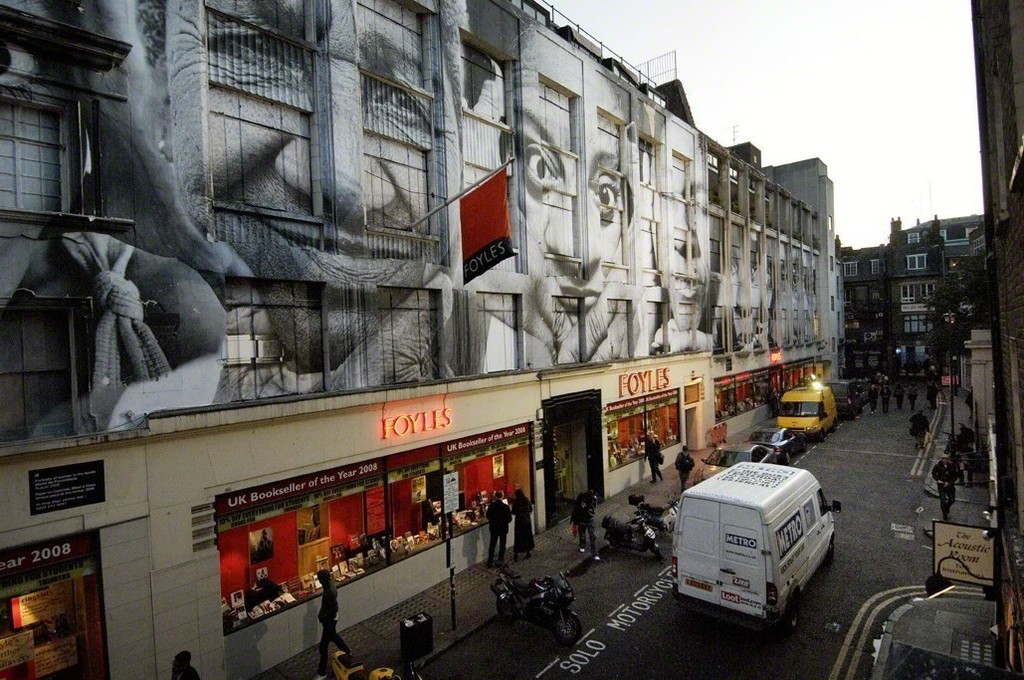 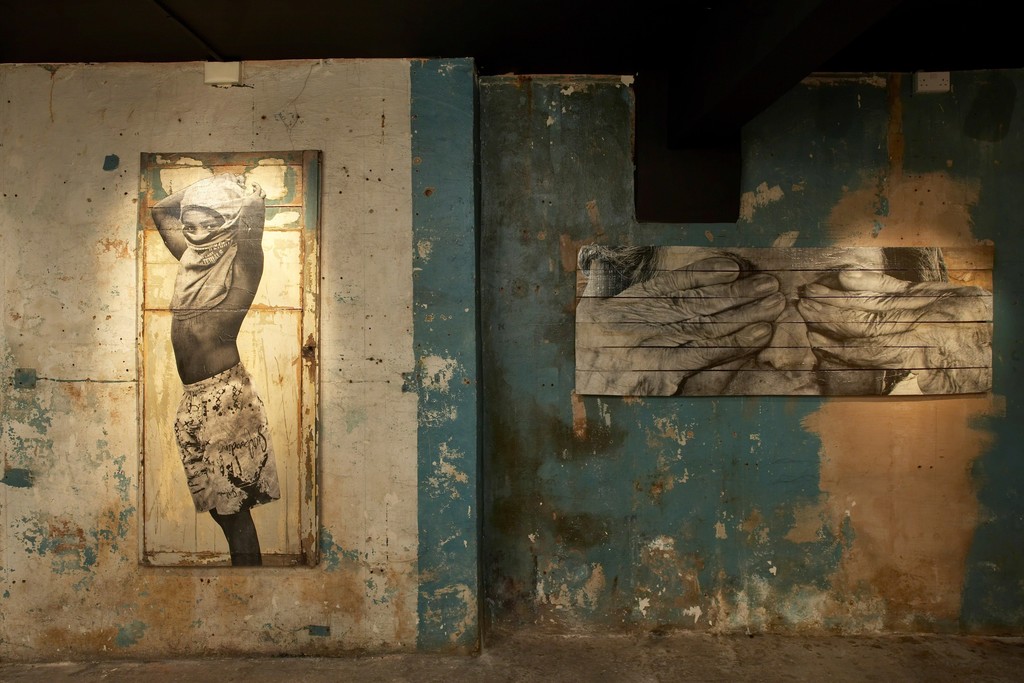 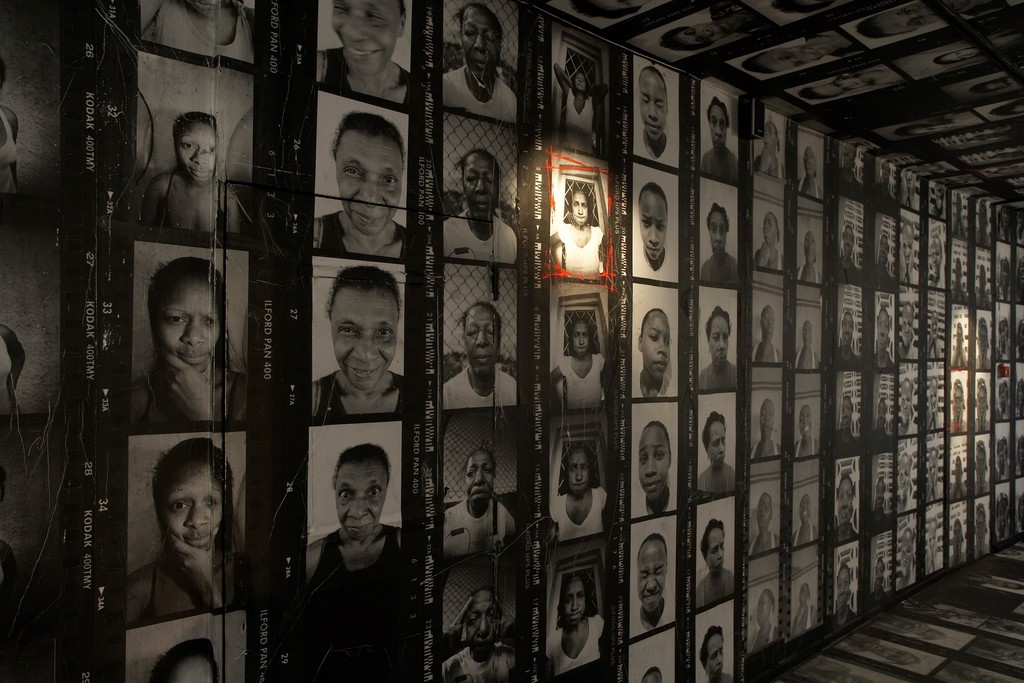 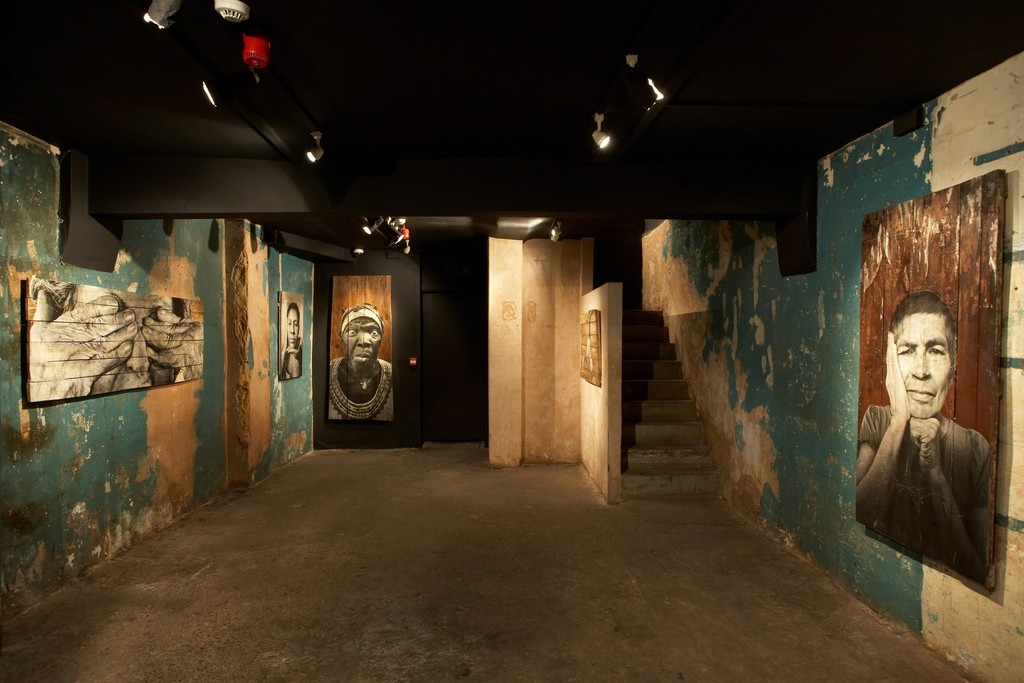 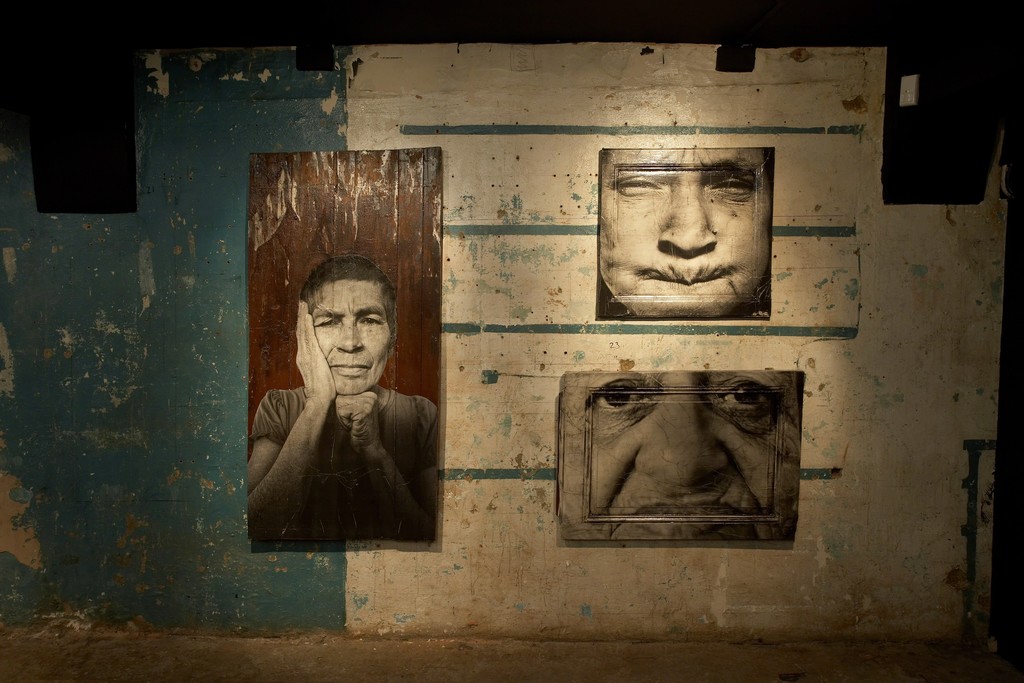 The shows at Lazarides Greek Street and Charing Cross will be linked by a street work inspired by JR’s time spent in Rio de Janeiro, where he worked on his project, 28 Millimetres: WOMEN. In the favelas he met women for whom crime, violent loss of loved ones and arbitrary repression are part of everyday life. His response was to paste images of their eyes onto the buildings of Providencia, creating an arresting image that was seen around the world, and fuelled JR’s ongoing campaign to draw attention to things that go unnoticed.
In Soho JR will create the first audioguide to be taken out of the museum and into the street, readapting the concept for a larger public. Under each image will be a freephone number, which the public can call to hear each woman’s story.

Often working undercover, JR transforms streets, buildings, warzones and entire villages with his photographic
observations – forcing viewers to see art that they might not otherwise encounter. JR works with a 28mm lens, with a wide-angle focal length, and often stands just a few centimetres from his subject. His photos are up front, honest and open. They are cleverly misleading, allowing the viewer to fall into comforting cliché before realising the comment JR is making, like the man brandishing what looked like a gun on the façade of Tate Modern earlier this year – a simple image in fact of a man with a video camera. JR plays with identity and forces us to ask questions about people we think we know, giving a new approach to the way they are represented.

JR’s latest project builds on a thrilling career of photographic provocation and engaging with the world’s trouble spots. Before the riots in the Les Bosquets estate in northern Paris JR pasted images onto the walls. He then returned toshoot portraits; the youths in Portrait d’une Generation pulled funny faces through a fish eye lens, turning the public perception on its head. For his project Face 2 Face, he took close-ups of Israelis and Palestinians and stuck them side by side on either side of the West Bank to show that beyond their differences, they are similar enough to understand each other. He pasted images of an imam, a rabbi and a priest, who have all since become friends.

In 2007 he toured Africa with his camera and began his WOMEN project, pasting women’s faces onto bridges, trucks and buses. Images from this were shown on the streets of Brussels for International Women’s Day. In May this year he was invited to work on the façade of Tate Modern for their Street Art exhibition, during which he covered major buildings in central London. He will be bringing his art to New York for Lazarides’ The Outsiders, being held at the Bowery in September and now JR’s campaign will bring his traffic-stopping tactics to Soho’s Lazarides Galleries.