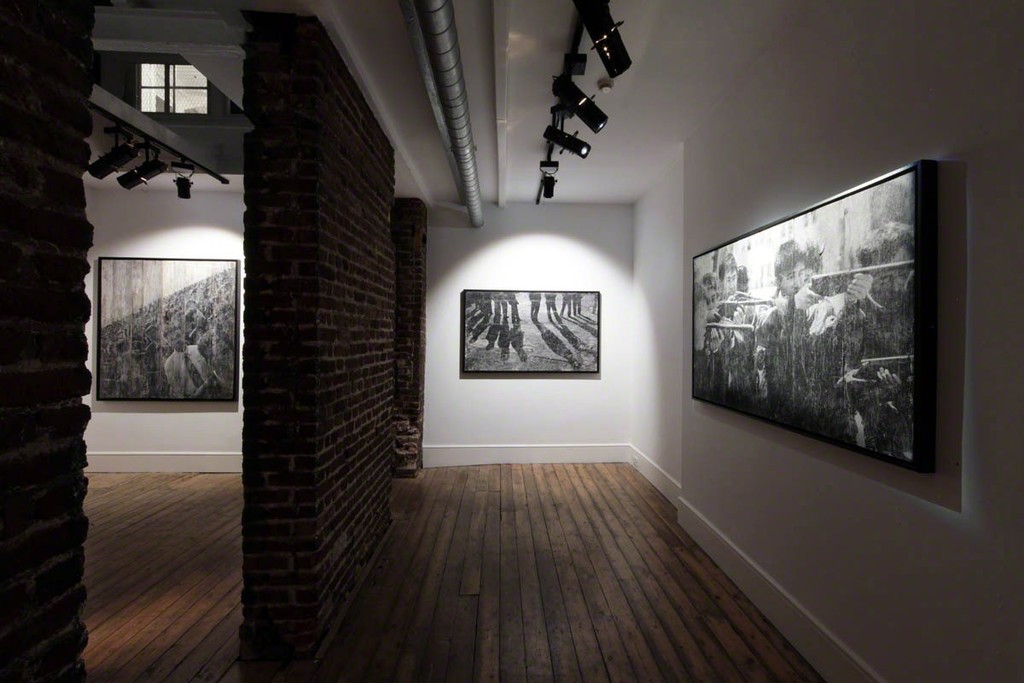 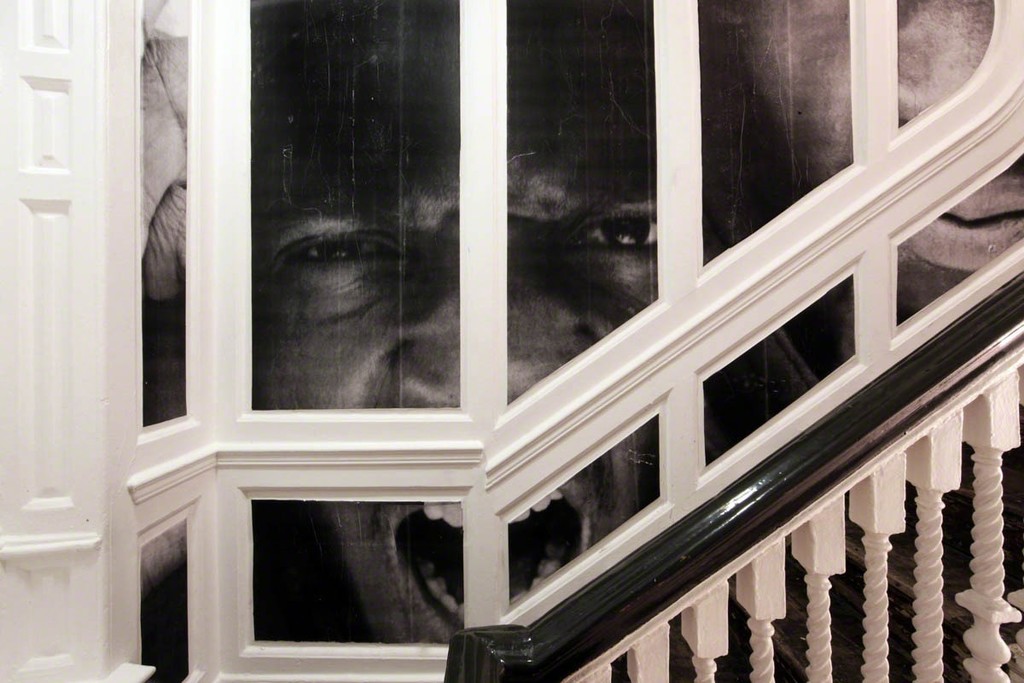 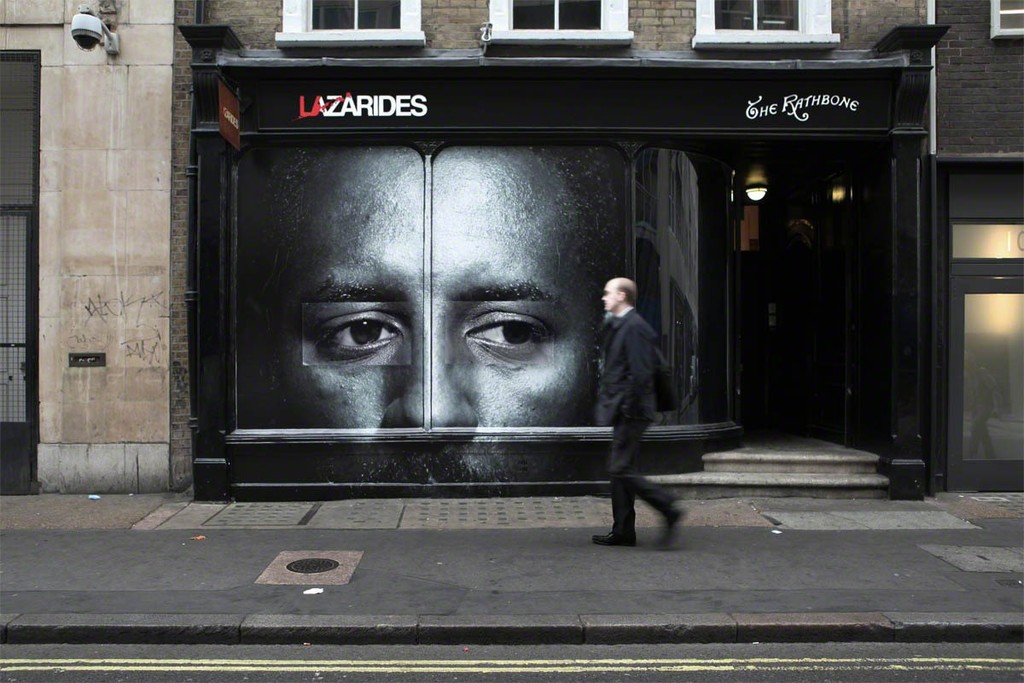 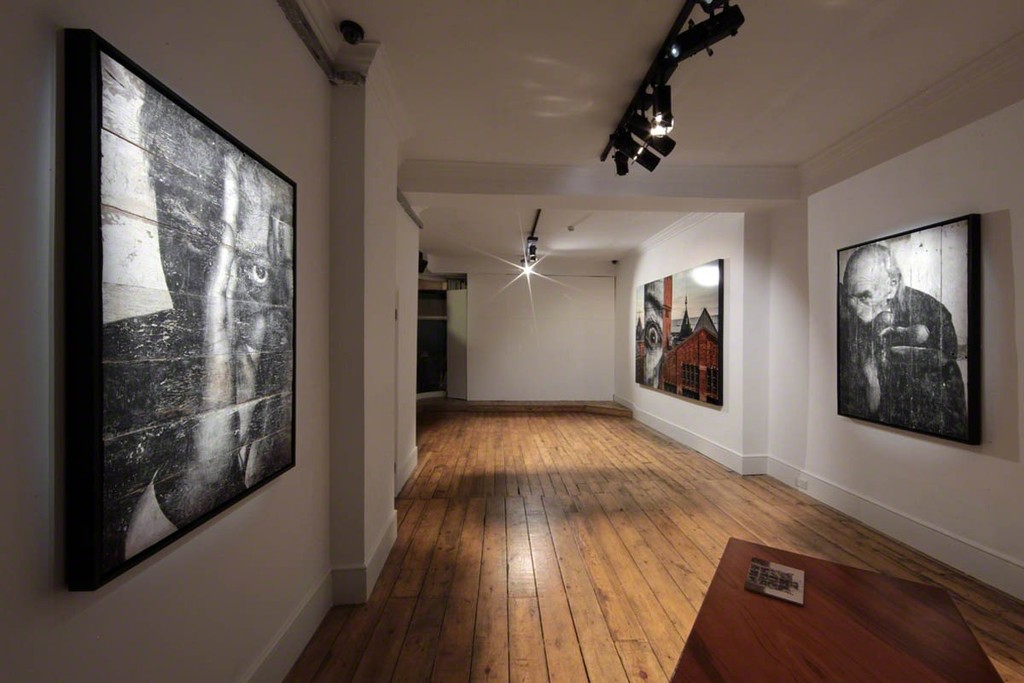 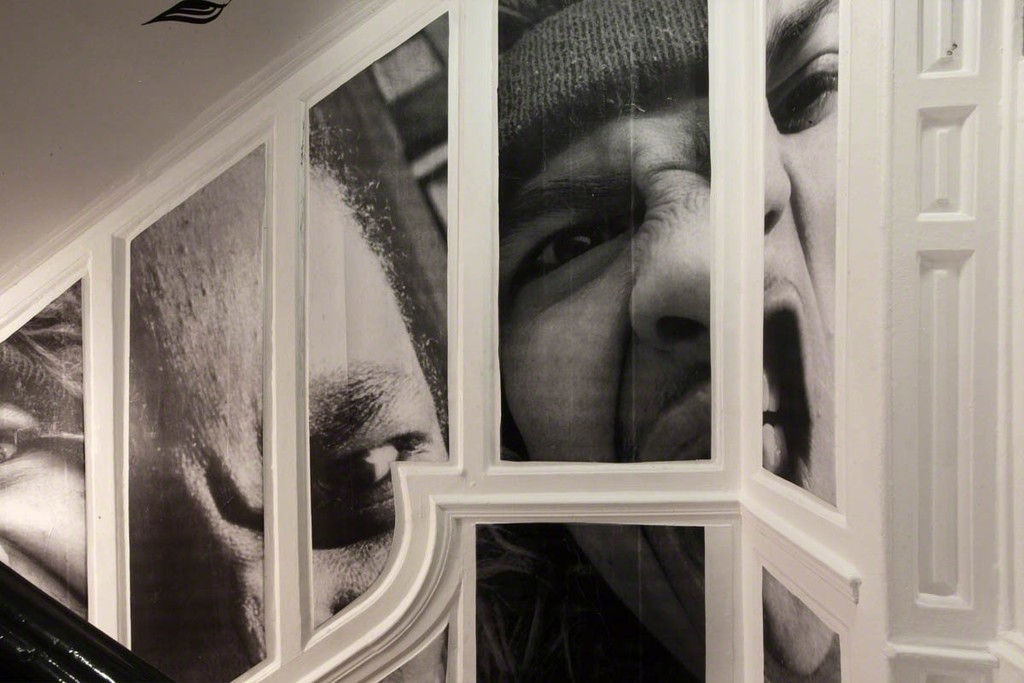 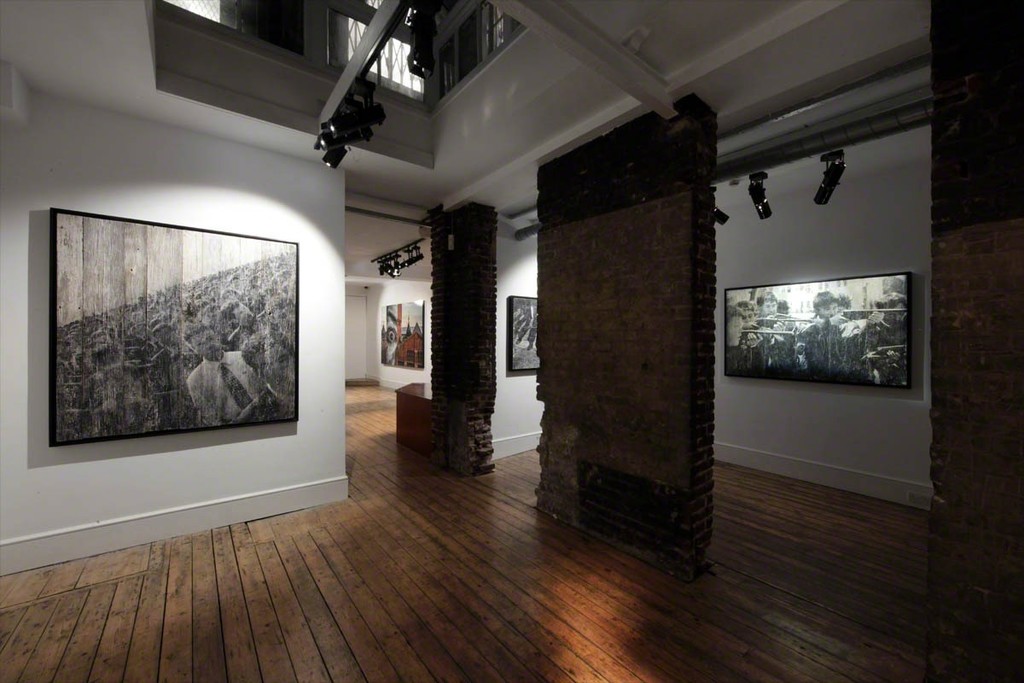 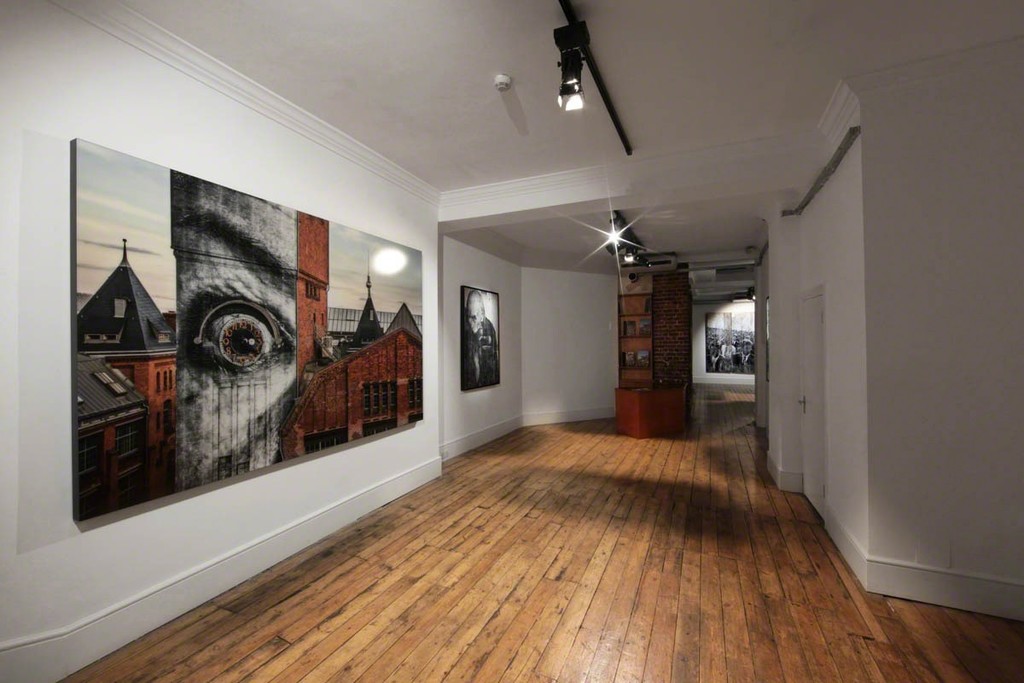 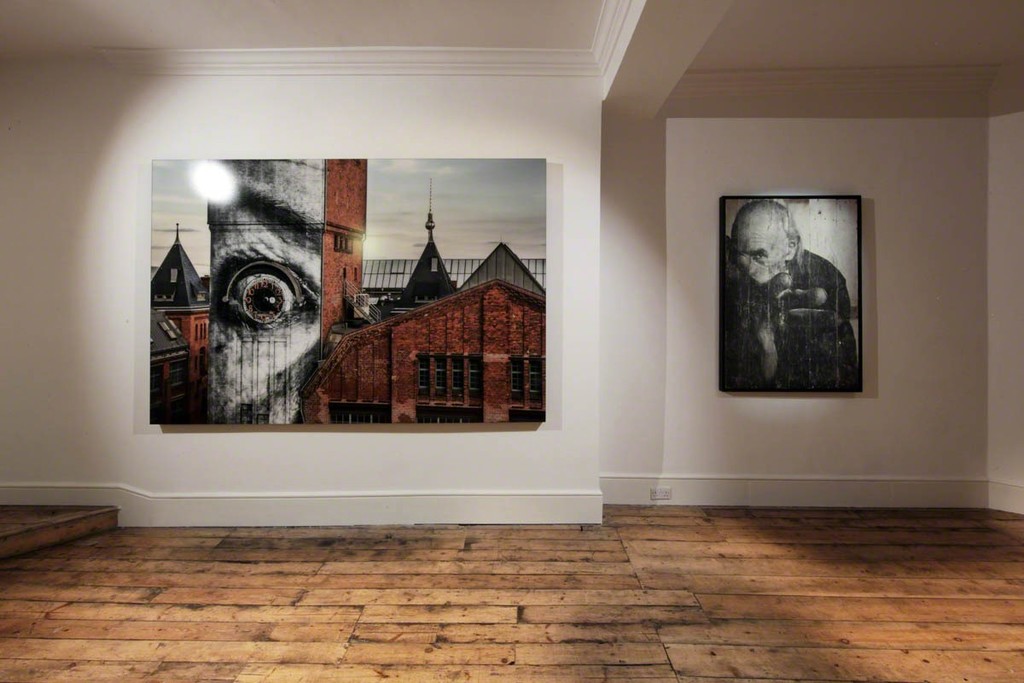 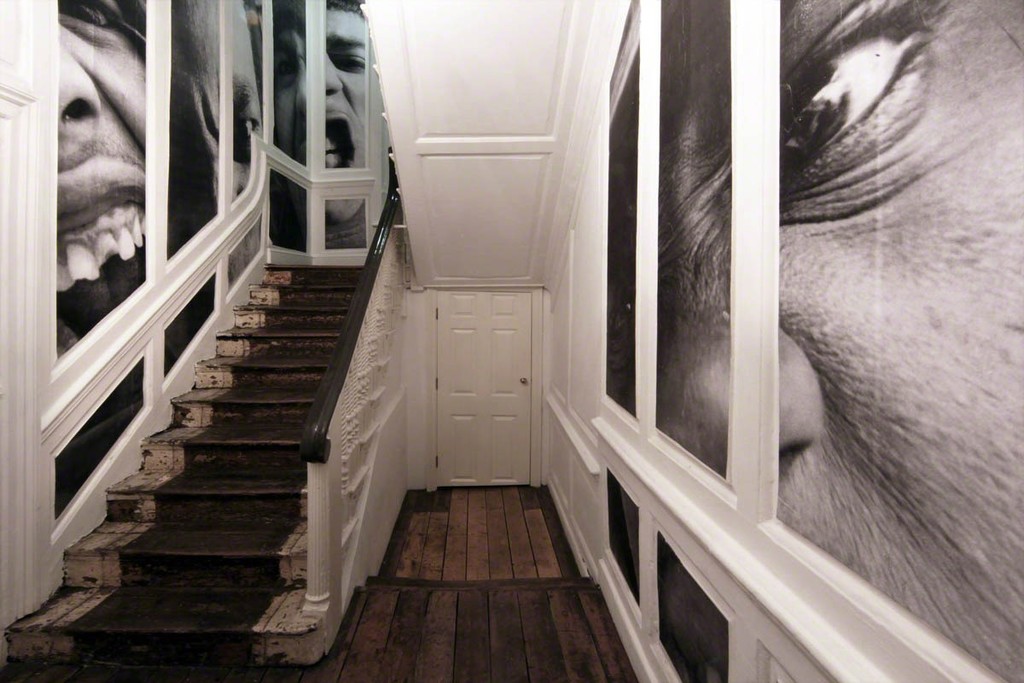 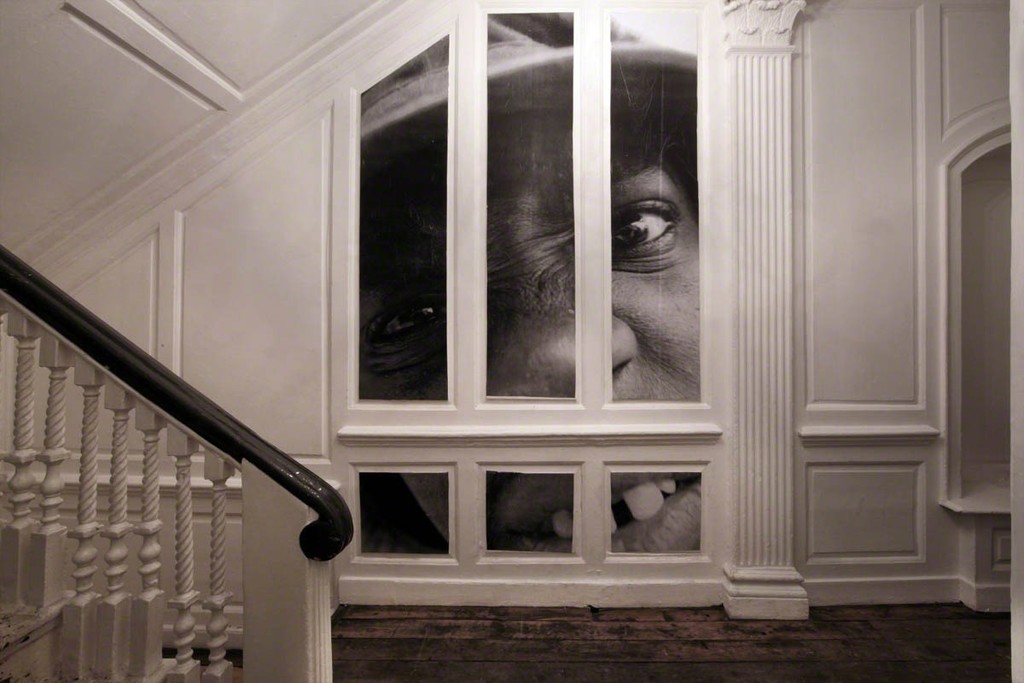 Lazarides Gallery welcomes French artist JR back to London with a two-part exhibition, ACTIONS. For the London, JR will partner with Lazarides for a large-scale exhibition filling two floors of their flagship gallery on Rathbone Place as well as an outdoor public installation on multiple sites across the nationʼs capital.

On display will be a mix of colour prints as well as his signature wood mounted monochromatic paper pieces telling the story of JRʼs global initiative to employ art as a tool for global communication and understanding. Works within the gallery will highlight various actions JR has accomplished around the globe and will include images from Wrinkles of the City Project in Berlin (spring 2013), his journey to North Korea and new images recreated in 2012 from the 2004-06 project, Portrait of a Generation set in the ʻLes Bosquetsʼ ghetto of Paris. The buildings that featured the original images have since been destroyed so this new series sees the faces looking at each other across an abyss of time and degradation, a mise en abime that speaks to the heart of Parisʼ recent history.

Out on the streets of the nationʼs capital, the artist invites the community to become part of public art project, turning each participantʼs portrait and identity into communal artwork. Spurred by his award of 2011 TED prize and subsequent TED Conference, JR called for the creation of a global participatory art platform: INSIDE OUT. The underlying concept of the project is to provide anyone and everyone with the opportunity to share with the world their portrait and a statement of for what they stand.

Since its conception, the INSIDE OUT Project has travelled from Ecuador to Nepal, Mexico to Palestine and most recently to New York inspiring a call to action on various themes including democracy, hope, violence between gangs, immigration, and climate change. To date over 150,000 people from across 108 countries have participated in this epic art project.

This October, Londoners will get a chance to create their own black and white portrait in travelling INSIDE OUT trucks where they will be subsequently printed as large posters and pasted onto various iconic London sites. JR asks us all to become the subject, protagonist, passerby and interpreter in this global artwork.