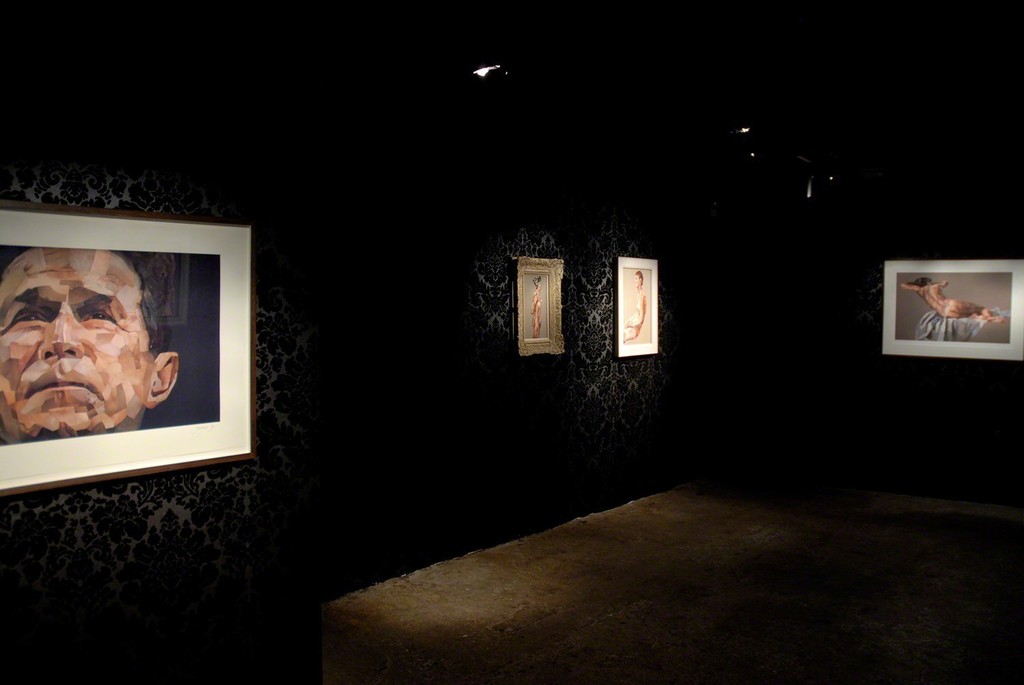 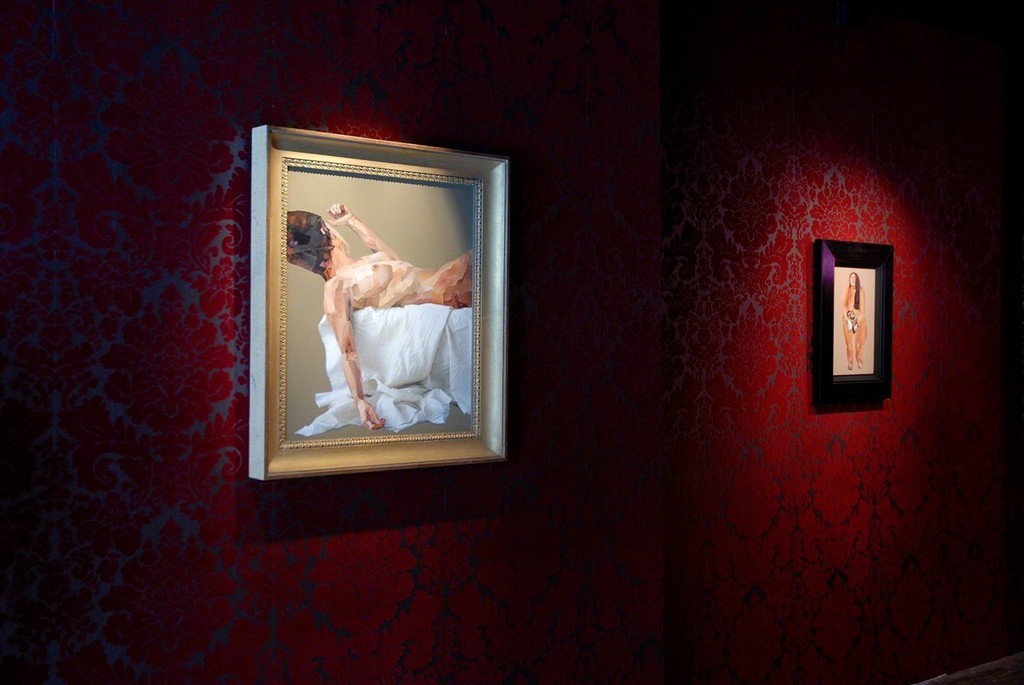 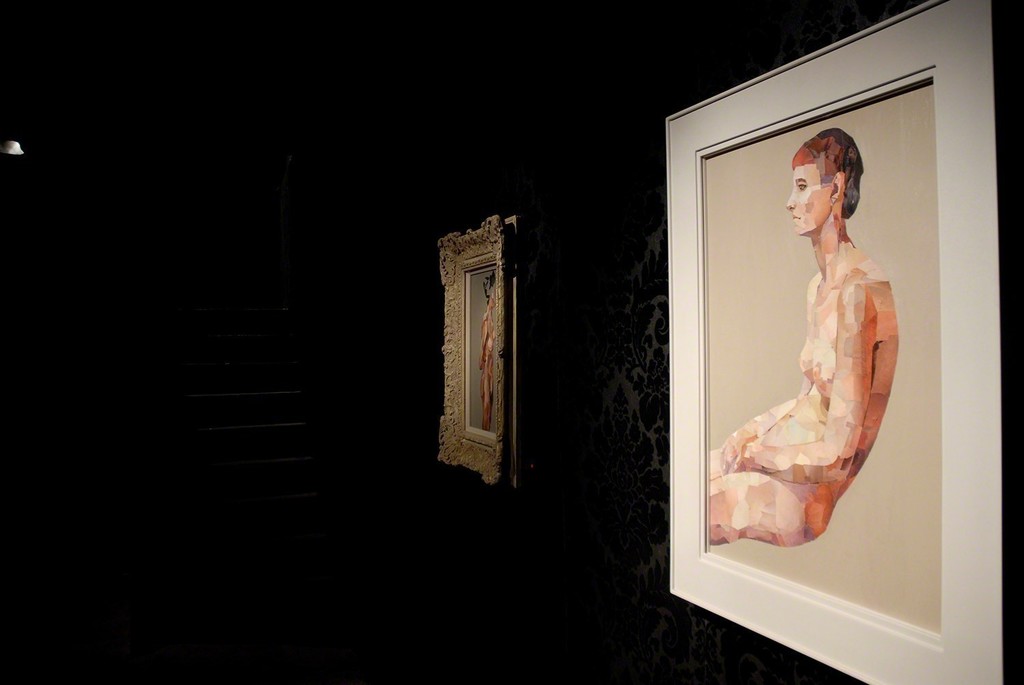 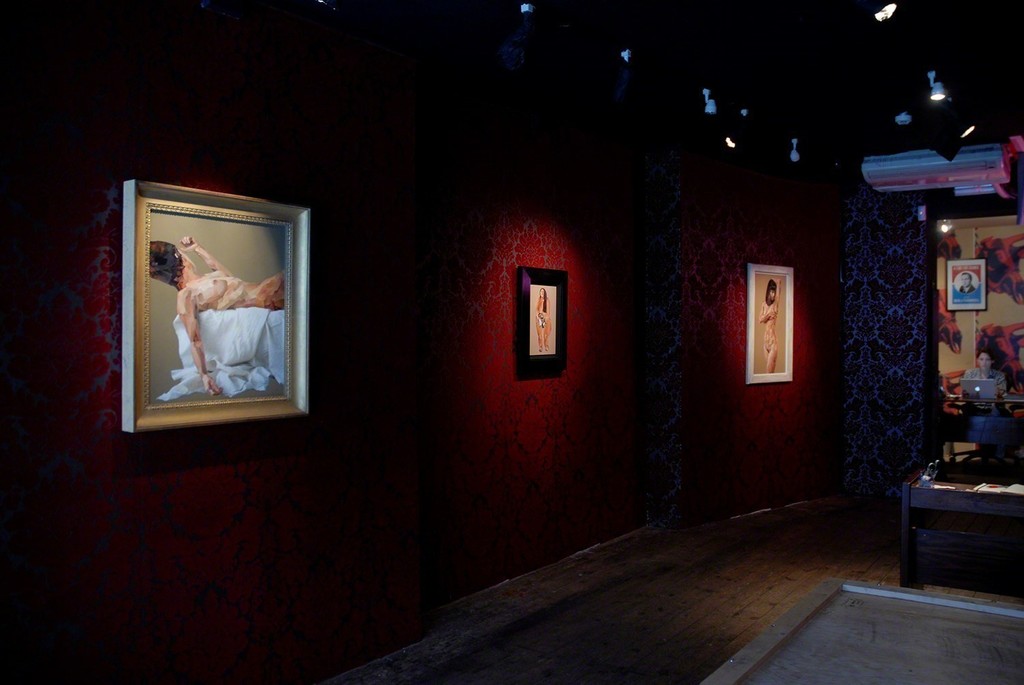 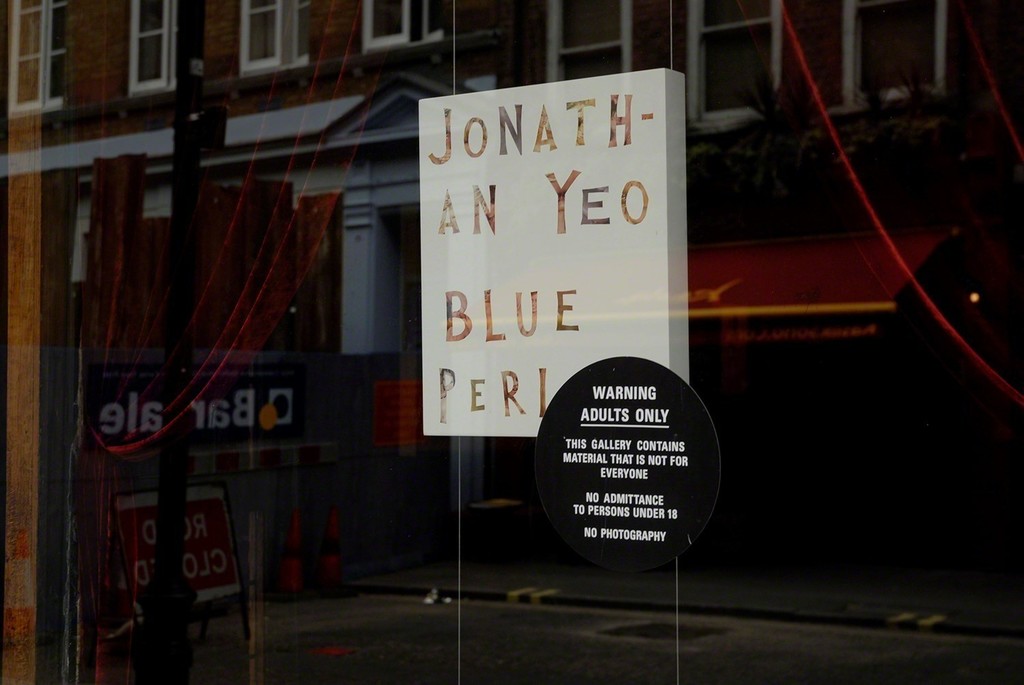 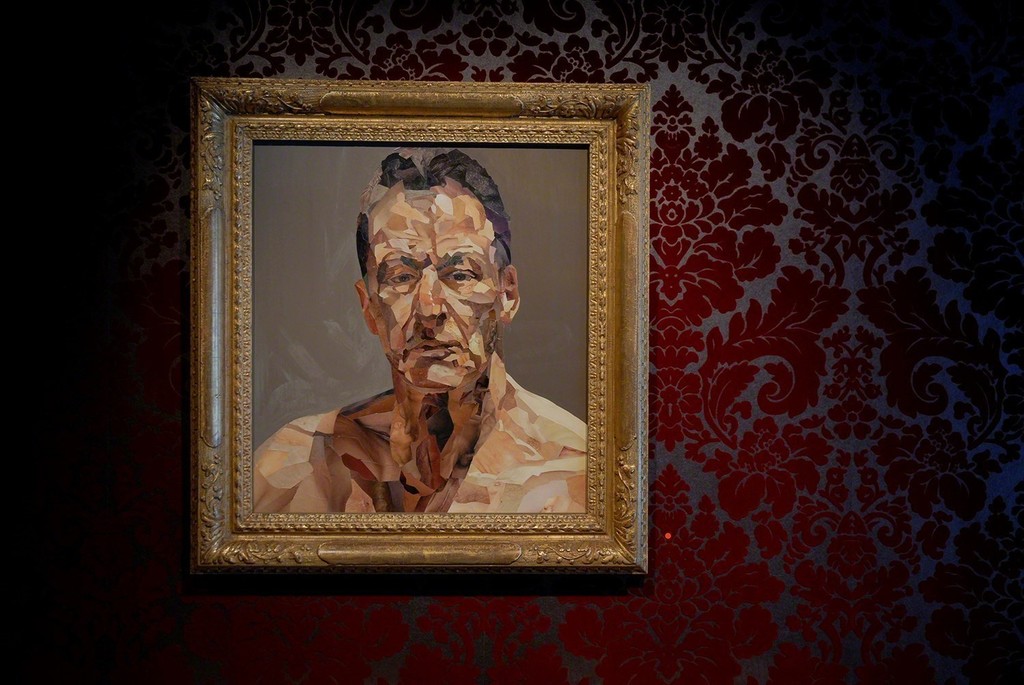 Yeo’s skill in portrait painting has seen him receive commissions from a huge variety of high-profile personalities, from David Walliams to Erin O’ Connor, Dennis Hopper to Bush. Yeo’s depiction of Tony Blair in 2008 with its blood red remembrance poppy has become the iconic image of the British Prime Minister around the world. When Yeo’s talks with George Bush’s team slowly ground to a halt, he decided to use his art to offend a man he himself found offensive. The Bush porn portrait (illustrated above) became instantly famous internationally, representing a combination of both political satire and Yeo’s obsession with producing highly-crafted pictures.

Now, using the same meticulous techniques, Yeo has created a unique series of collages that, on first glance, look like painterly works of art, but on close inspection, are for top-shelf viewing only. Demure, Press Release: Jonathan Yeo ‘BLUE PERIOD’ at the Lazarides Gallery London 6 June – 11 July 2008 neo-Classical nudes and portraits and head Playboy honcho Hugh Hefner appear multi-dimensional and picturesque, but actually hide a multitude of sins. Through gradual layering of the thinnest pages from pornographic publications, Yeo carefully builds up variations in skin tone, nuance of colour and skillfull use of light and shade. The result is a series of works that signifies a dramatic new departure for the artist.

‘I’ve always been intrigued by collage and how I would one day incorporate it into my style of painting. Inspired by my feelings towards the warped moralities behind George Bush’s policies, I decided that it was time to turn my frustration into action. I set about creating a new approach that was deceptive, yet traditional, and multi-layered in every sense.’