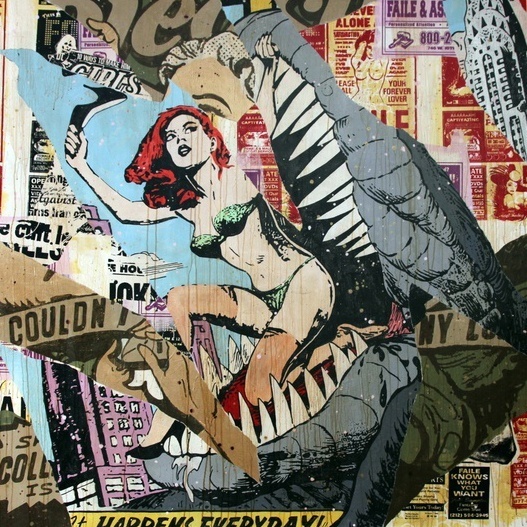 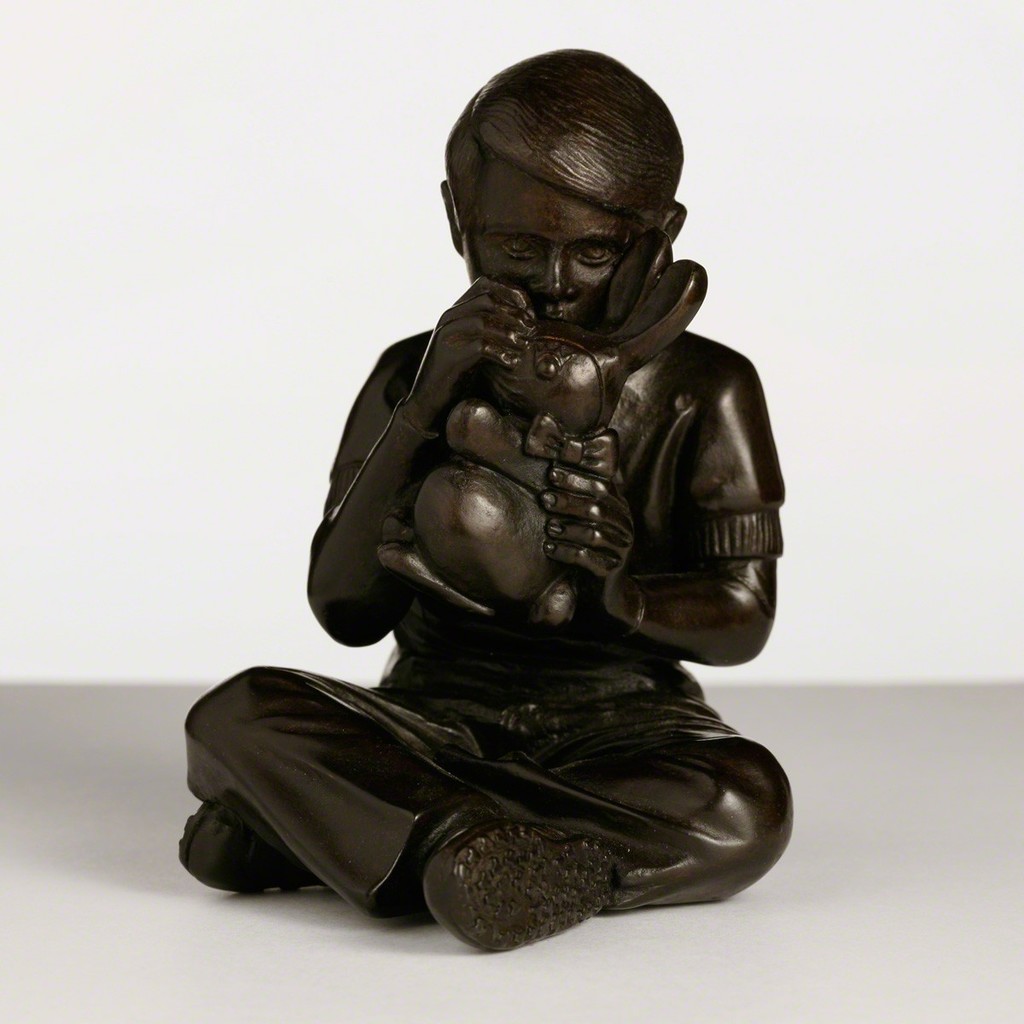 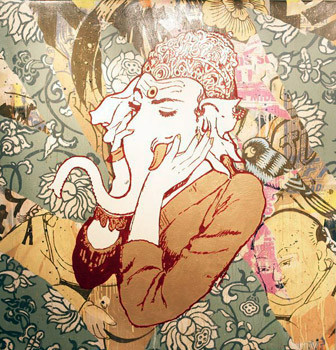 FAILE is an international collective of artists, famed for their striking iconography and unique style of layered and collaged paintings that find their source in pop culture and comic books. FAILE is widely acknowledged as one of the early pioneers in the contemporary street art movement and since forming in the late 90s, FAILE has exhibited in galleries across the world, from Tokyo and Shanghai, to Berlin and Copenhagen and the major cities in the USA. From Brooklyn with Love is FAILE’s first solo show in the UK, and follows the success of their exhibits in the urban art group show, Spank The Monkey at Baltic in Gateshead in Autumn 2006.

FAILE’s work embraces the idea of duality, such as violence and beauty or peace and war. This finds expression in their visual language which juxtaposes disparate and conflicting fragments to build beautiful images that are visually striking and express new ways of seeing the world. The ideas of omission and obliteration are central to the work, and this takes the form layered images that often overlap.

From Brooklyn With Love presents a group of 45 painted wooden sculptures, and new large-scale paintings including ‘It Happens Everyday’, 2006, where a glamorous woman is about to be swallowed by a huge monster, illustrated at the top of this release. The works in the exhibition present a series of classic FAILE images such as the ‘Bunny Boy’ and ‘Bunny Girl’ two figures both cuddling a bunny up to their face, ‘Forbidden Love’ an image of a wolf-man juxtaposed with two glamour girls, and ‘Sinful Pleasures’ – an image of Ganesha and a curled snake. These images are all built up from fragments from disparate sources such as comics, books, signage and magazines.

FAILE’s gallery work and street art have a strong relationship. Both practices are based in printmaking and painting. Very early on, FAILE brought these elements to the street, spraying stencils on hand painted backgrounds. This is the same approach they take in their studio works, where screen prints are overlaid on painted backgrounds.

FAILE’s work is inspired by the work of Andy Warhol, Cy Twombly, Robert Rauschenberg, Roy Lichentenstein, Basquiat and countless comic book and newspaper illustrators from the 60’s and 70’s.