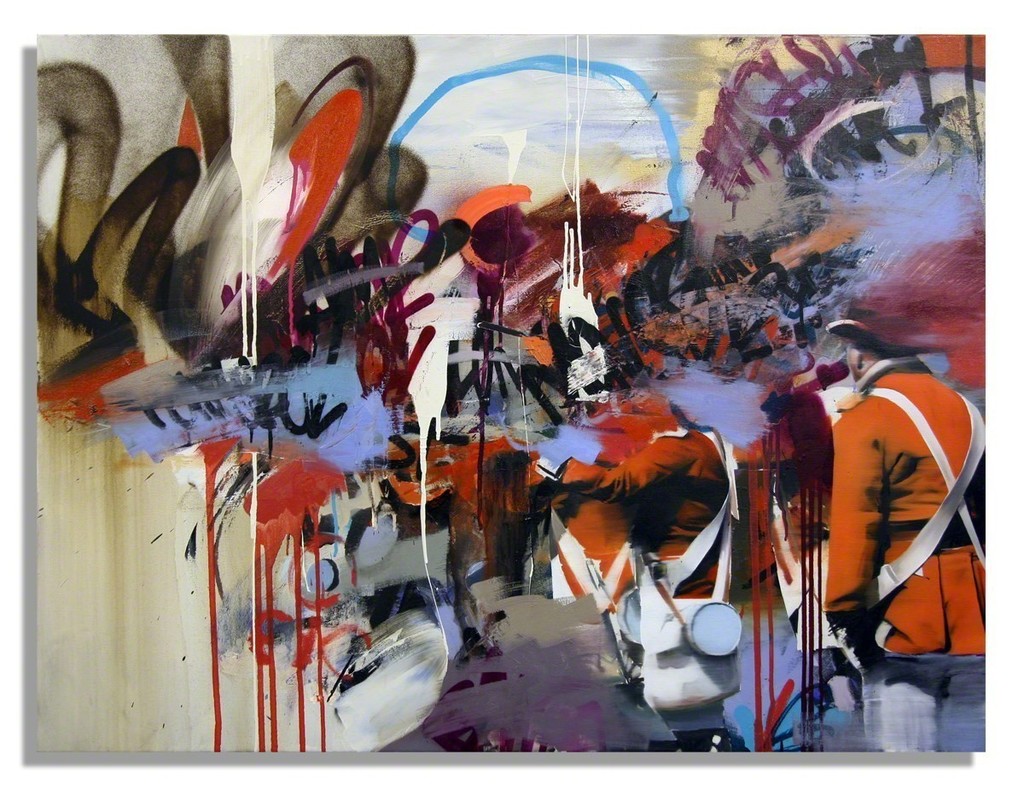 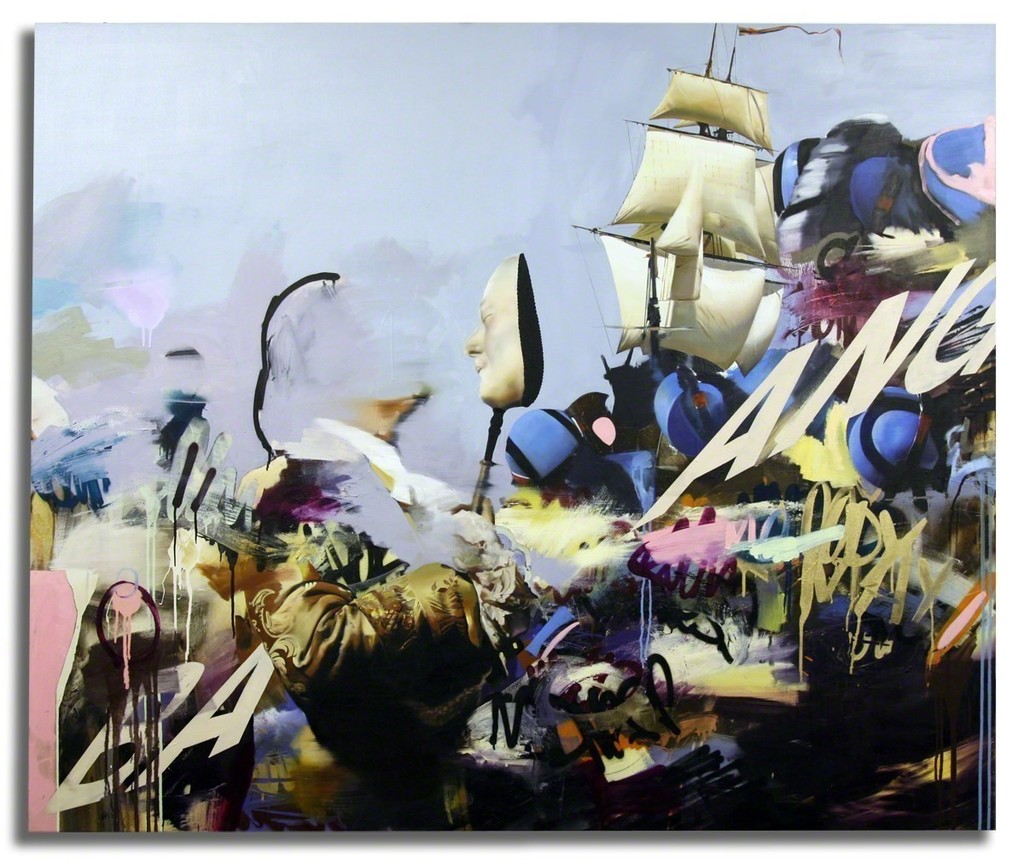 Lazarides proudly presents 'Headless Heroes' an exhibition of all new works by Conor Harrington. Internationally renowned for combining graffiti with fine art, Conor's new works move away from the solitary male figure shifting the focus to the confluence of the hero with the forces of every day life.

The title 'Headless Heroes' refers to the illusion of power around subjects of empire, masculinity and control. The body of works presented in this exhibition encompass a mirage of imagery past and present including soldiers, nudes, ships, bulls and Formula 1 references. Inspired by both historical and contemporary imagery, the compositions and subject matter present the enduring struggle with authority and systems of power irrespective of a specific day and age.

Harrrington's practice is split between inside (oil painting) and outside (murals), and the parallel between oil painting and graffiti becomes a paragon for his subjects specifically authority and its defacement. As Harrington carefully constructs statues to power so he simultaneously undermines it in a system of erasure - graffiti flourishes and tags obliterate the figures as the pendulum swings between representation and abstraction. With multiple nods to the history of oil painting, from Manet's the Execution of Maximilian to Delacroix's Liberty Leading the People, this show is an amalgamation and development of themes explored and a visual battleground of references.
As with his previous solo exhibition Masculinity has always been the crux of Harrington's paintings and in these works the male figure is again heavily adorned by the trappings of their success - fine uniforms, elaborate details and sumptuous fabrics.

A new introduction to the work is the inclusion of female nudes, the females in these paintings exist as accessories to power and the central male subject - Harrington has substituted the prostitutes and life-models used in historical paintings with contemporary models he has ripped from fashion magazines. The layered composition of the works take their cue from today's image-saturated society, the multiple images encourage a stronger narrative, there is a cinematic air and ambition present in the paintings and the viewer is invited to consider the theatre and performance of these faux Generals.