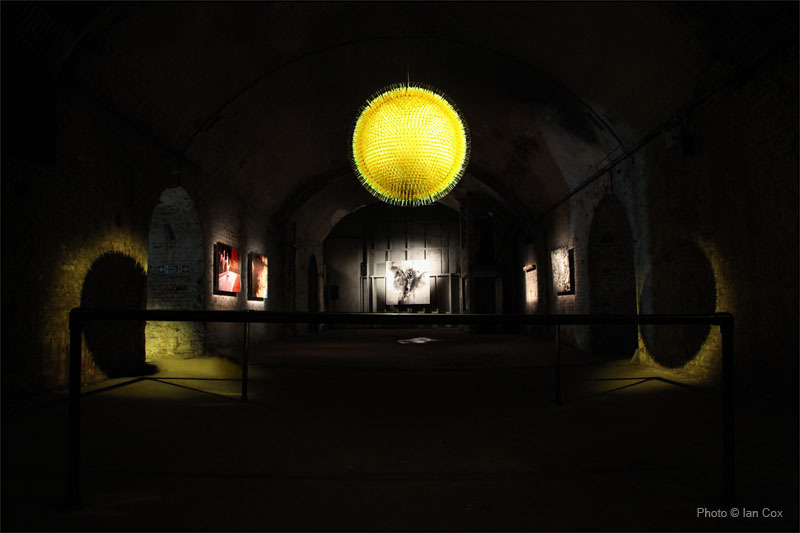 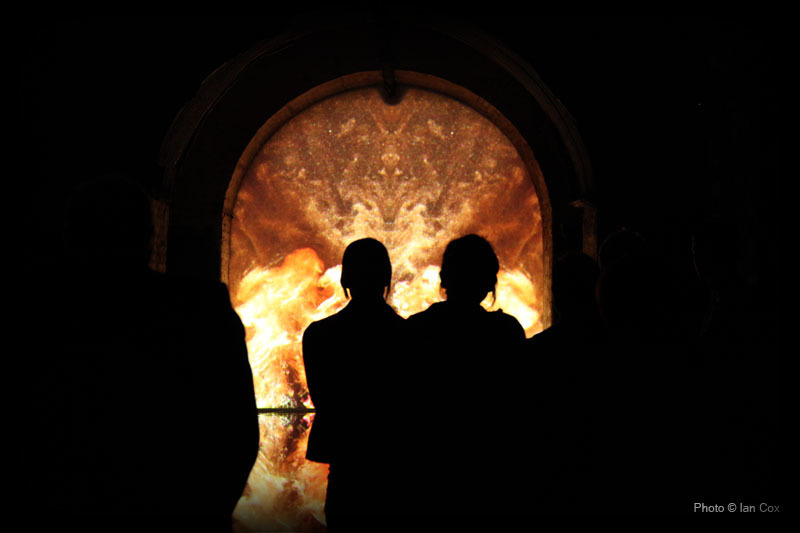 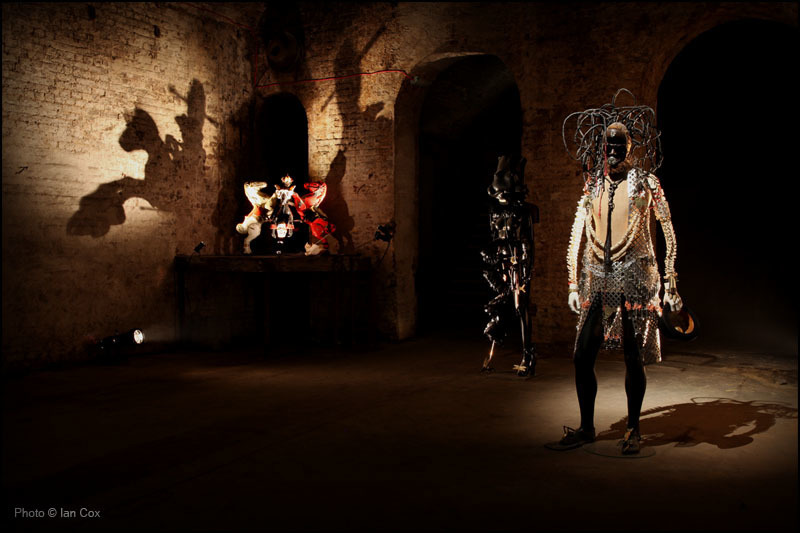 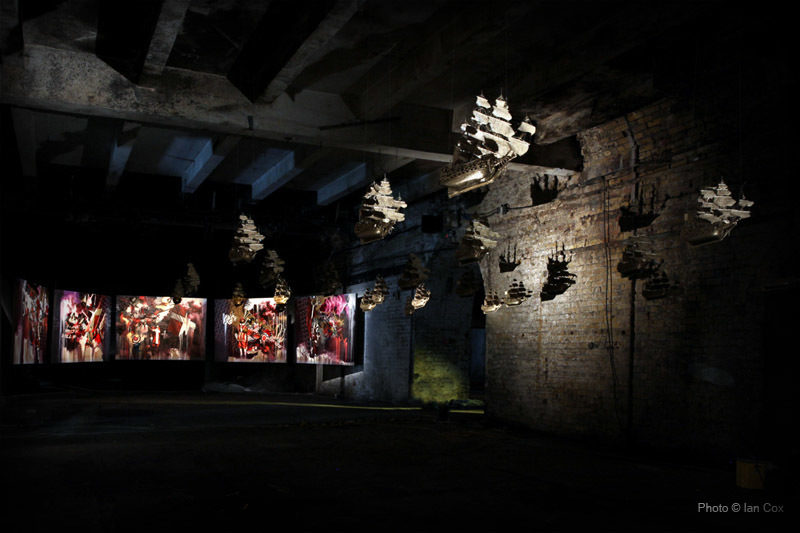 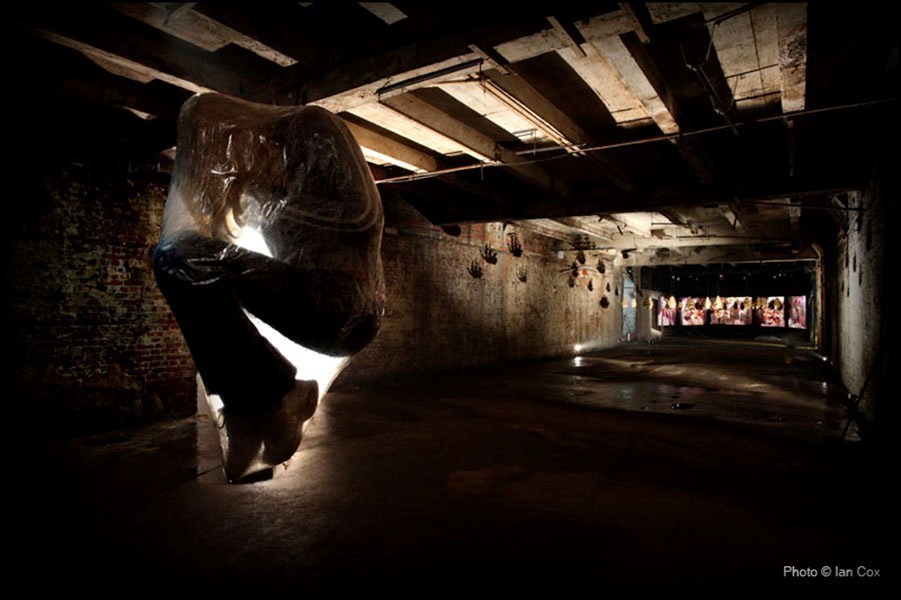 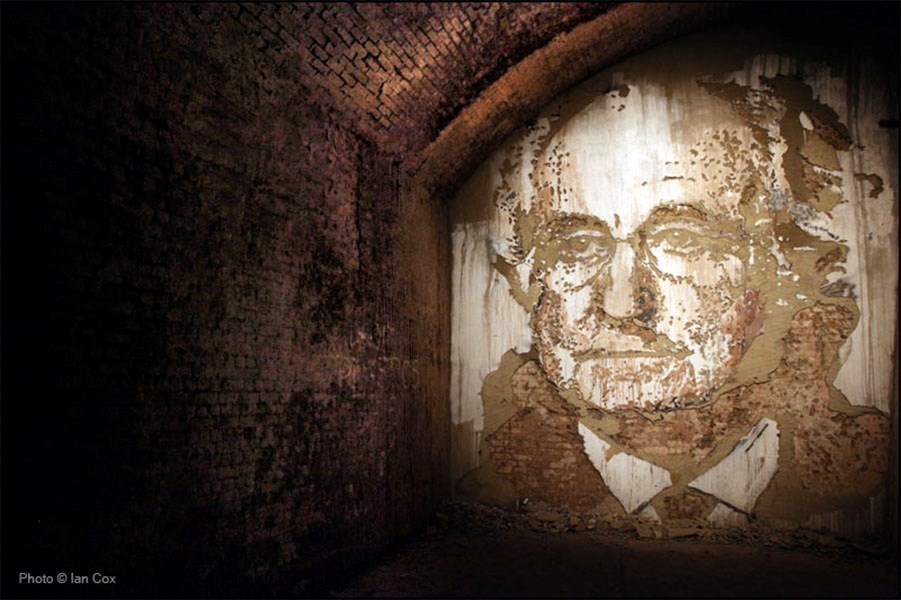 Lazarides Gallery is delighted to announce their upcoming collaboration with The Old Vic Tunnels. Staged within the recently discovered labyrinth beneath London’s Waterloo station, ‘Hell’s Half Acre’ will be a ground-breaking series of installations launching 12th October 2010.

Artists will provide their own interpretation of hell with freedom to reference both Purgatorio and Paradiso from the trilogy of The Divine Comedy. Through the curatorial direction, interaction with the exhibited work —paintings, sculptures, video pieces, performance and mixed media installation—is encouraged and part of this thrilling multisensory experience.

Highlights of the exhibition include for the very first time 3-dimensional installations by Conor Harrington and Jonathan Yeo, a new exclusively commissioned film by Todd James/ REAS, the powerfully chilling photographs of George Osodi and Boogie, with a surprise finale by Paul Insect.

Hell’s Half Acre is a subterranean journey into hell as envisaged by a group of young, cutting edge artists. It’s a vision of our hellish society under coalition rule, inspired by Dante’s Inferno.
— Steve Lazarides, Owner, Lazarides Gallery

"The Lazarides Gallery is a force of nature, a global phenomenon and I mean that in a epic way! 'Sell Out' shows in Los Angeles, Miami and this October, at the Old Vic Tunnels here in London. I can't wait"
—Hamish Jenkinson, Director, The Old Vic Tunnels