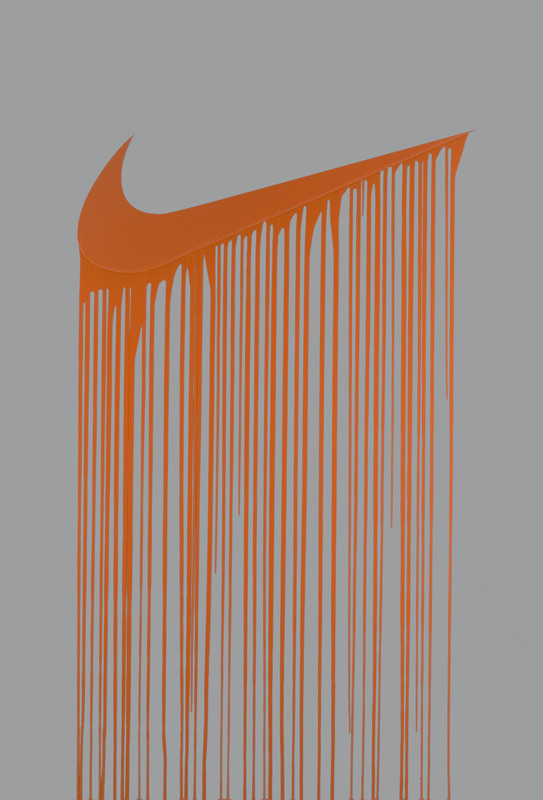 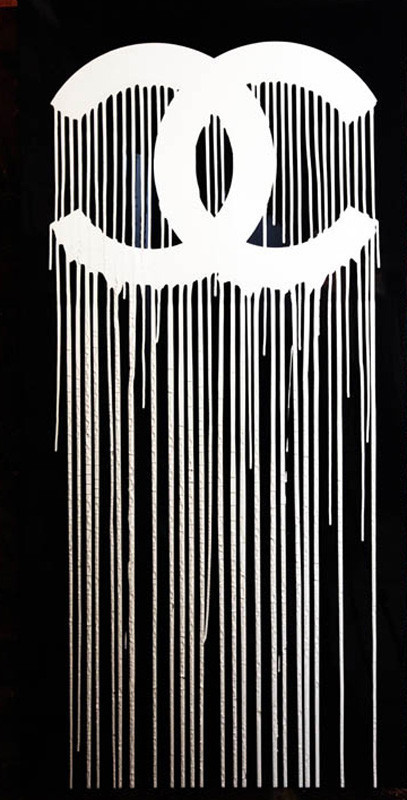 Zevs’s new exhibition opening on 16 November at Lazarides Gallery will be his first London solo exhibition. LIQUIDATED LOGOS presents a new docufiction film based on the artist’s activities over the last ten years alongside a series of unseen screen prints of famous logos, liquidated on large coloured plexiglass boards.

Zevs’s work primarily plays with and explores visual effects. Re-painting the logos in their own colours, the artist pours paint over them, liquidating one logo after another. Through the parallel lines of the drips, the logos dissolve in front of the viewers eyes, drawing attention to, and visually disturbing the recognizable and omnipresent trademark as illustrated above. By doing so, Zevs investigates the logo’s visual power.

French street artist Zevs was an early and influential graffiti artist and is among the prominent figures who pioneered the French street art scene. He was active as a tagger in Paris in the 1990’s, and by the end of the decade he had become widely known for his poetic drawings of shadows in Paris. His name derives from an encounter with a regional train, Zeus, which almost ran him over as a child. He is also well known for ‘attacking’ billboards and commercials in the cityscape, where pin-up girls and boys have been shot between the eyes with a spray can, leaving the blood red paint running.

Zevs lives in Paris and has exhibited in a number of group shows and venues including the Von der Heydt Museum in Wuppertal in 2006.