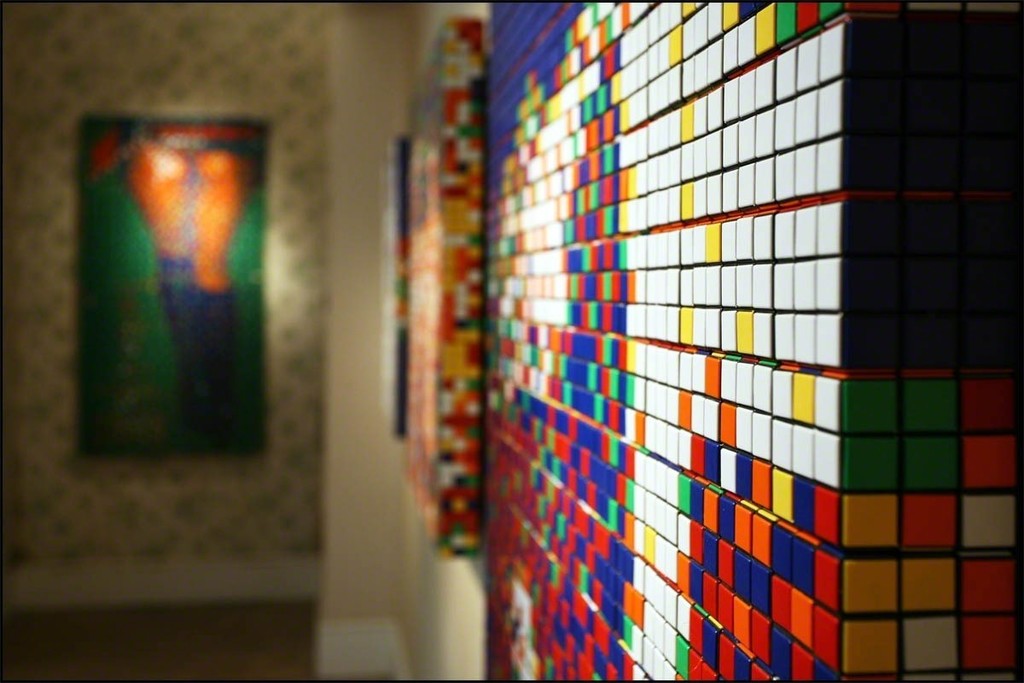 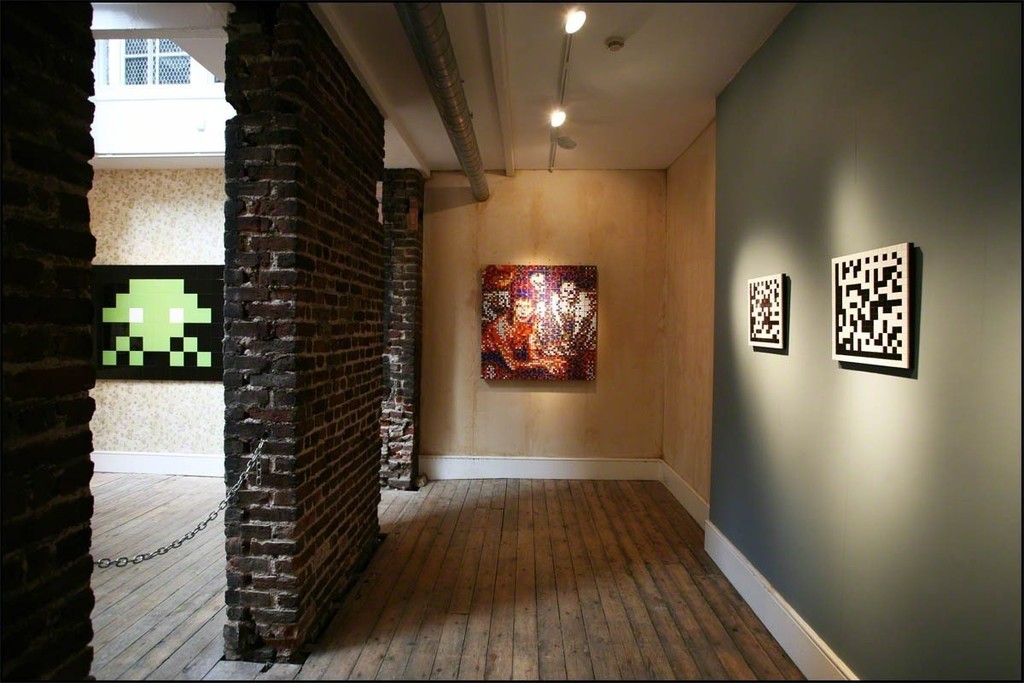 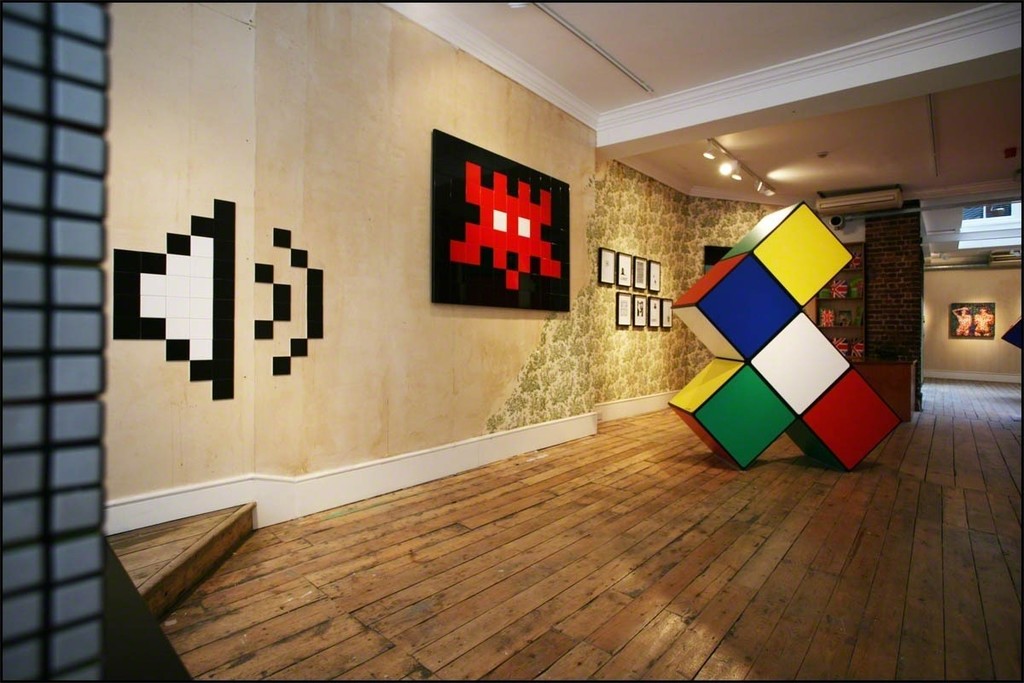 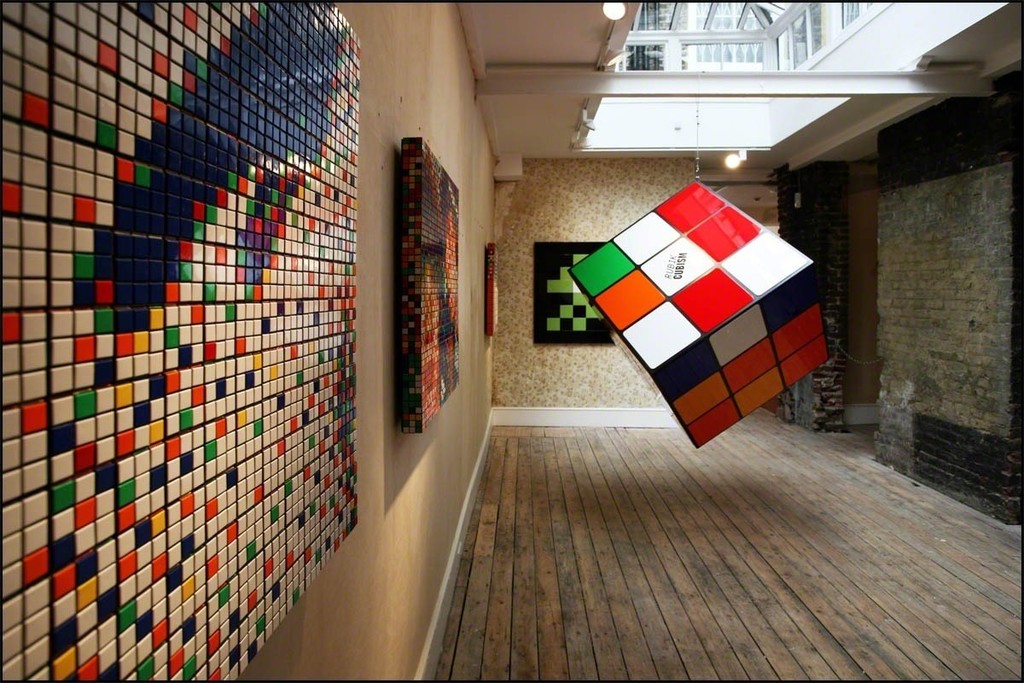 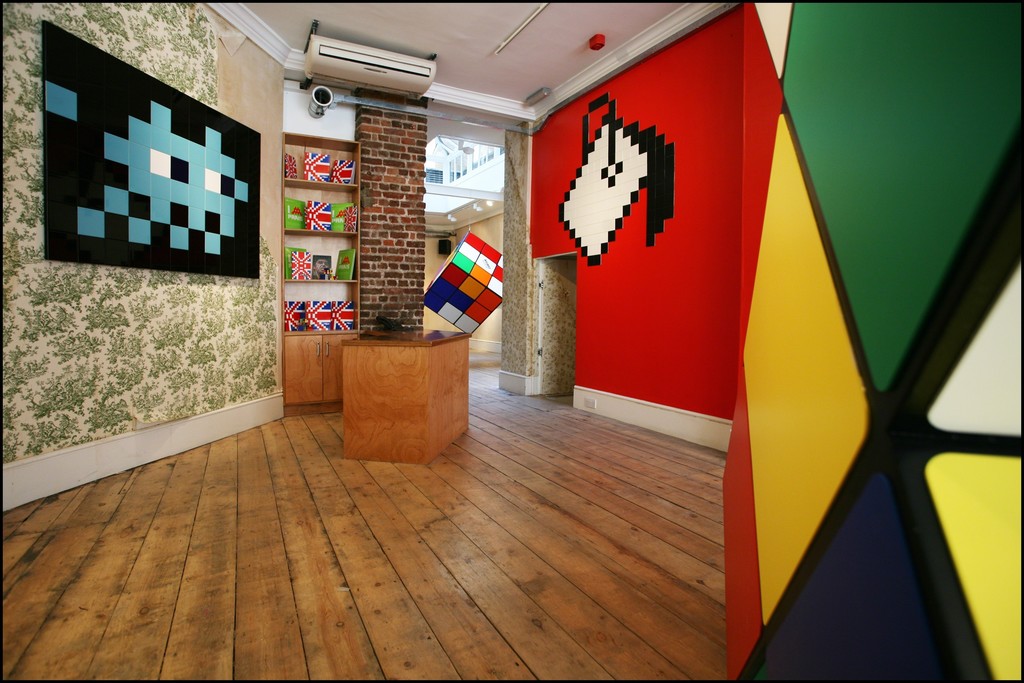 Lazarides proudly presents Low Fidelity, an exhibition of all new works by Invader, the French artist internationally recognised for the ubiquitous placement of his logo inspired by the 1970s computer game figure ‘Space Invader’.

Showcased within the Rathbone gallery, Low Fidelity will feature all new works from the series ‘Rubikcubism’. Using the famous 80’s puzzle game’s cubes as pixels, the artist has recreated album covers by rock bands such as the Velvet Underground, The Cure, Roxy Music, David Bowie and Michael Jackson. In addition to these classic images as well as a selection of sculptures and original works on paper, Invader has taken the pixelated image one-step further crafting his very own ‘barcodes’. These abstract works are only discernable with the aid of a mobile phone digital camera, the image from which is then ‘decoded’ into a text message.

Employing modern technology as well as iconic imagery from the dawn of the digital age, the significance of this now global and literal “invasion” of public space, both inside the gallery and outside on urban streets, becomes evident as a commentary of this day and age. Invader's work remains a direct response to how technological developments in the past decades have influenced both social interaction, and mass contemporary culture.

Despite the many challenges posed by installing works on the street including inclement weather, theft by enthusiasts and multiple arrests whilst on his ‘missions’, Invader has successfully placed over a thousand of the iconic mosaic ‘space invader’ tile works in cities across the world. The project, which begun over a decade ago in Paris, has since spread to over 40 cities including London, Barcelona, Hong Kong, Los Angeles, Istanbul and Varanasi. Installed on walls, under bridges and on well-known monuments such as LA’s iconic ‘Hollywood’ sign, the meticulously charted locations strictly follow a set of numeric and aesthetic rules instituted by Invader in his global game. Followers hip to the artist’s ways will cleverly note that when viewed on the map his mosaics in Montpellier form the image of a ‘Space Invader’.

The exhibition at Lazarides Rathbone will run from the 14th August through the 12th September. In addition to his gallery showcase, one can only hope that during his visit the artist might find time to add to his collection of famed ‘Space Invader’ mosaics on the streets of London.