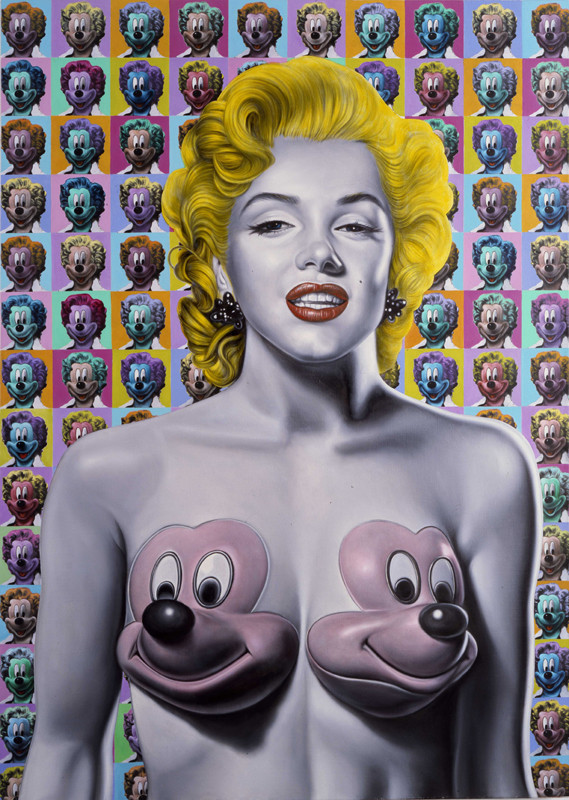 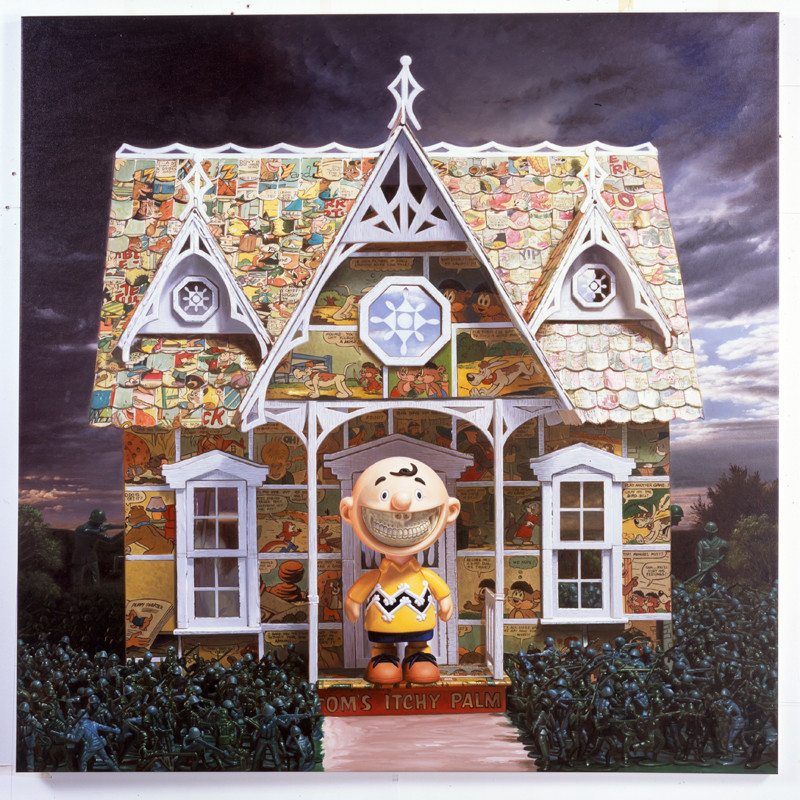 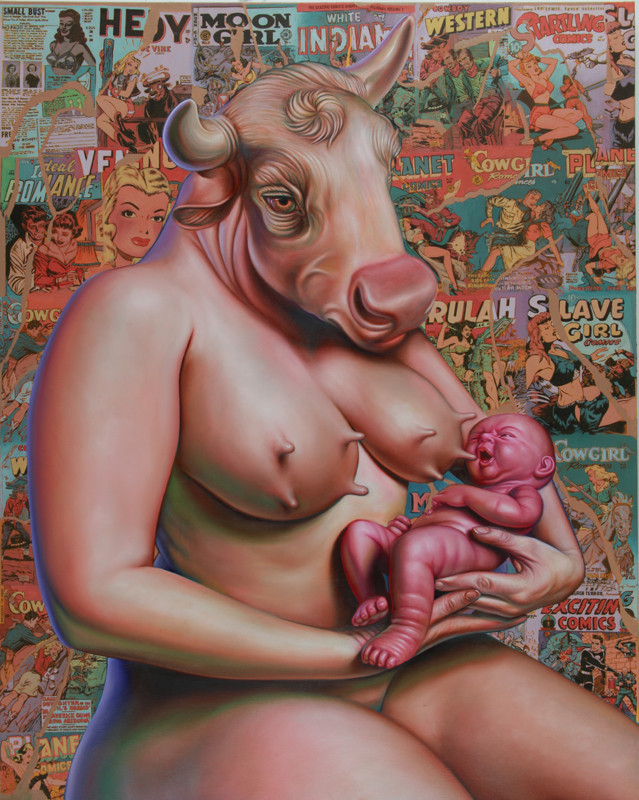 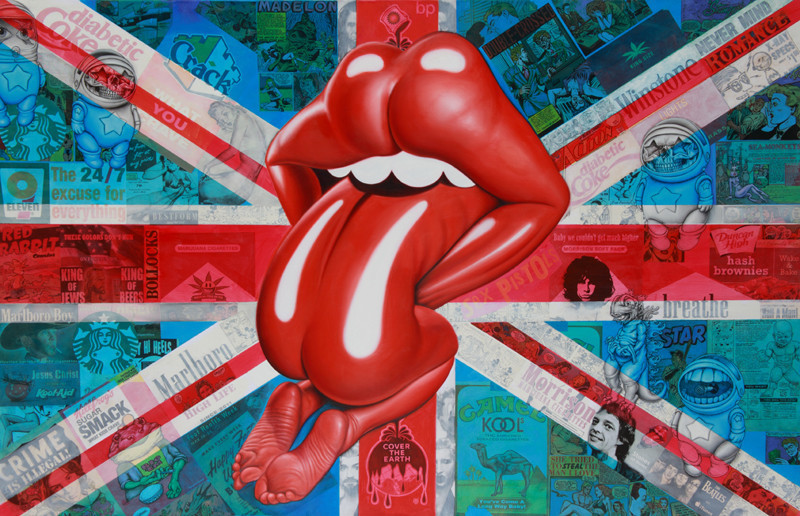 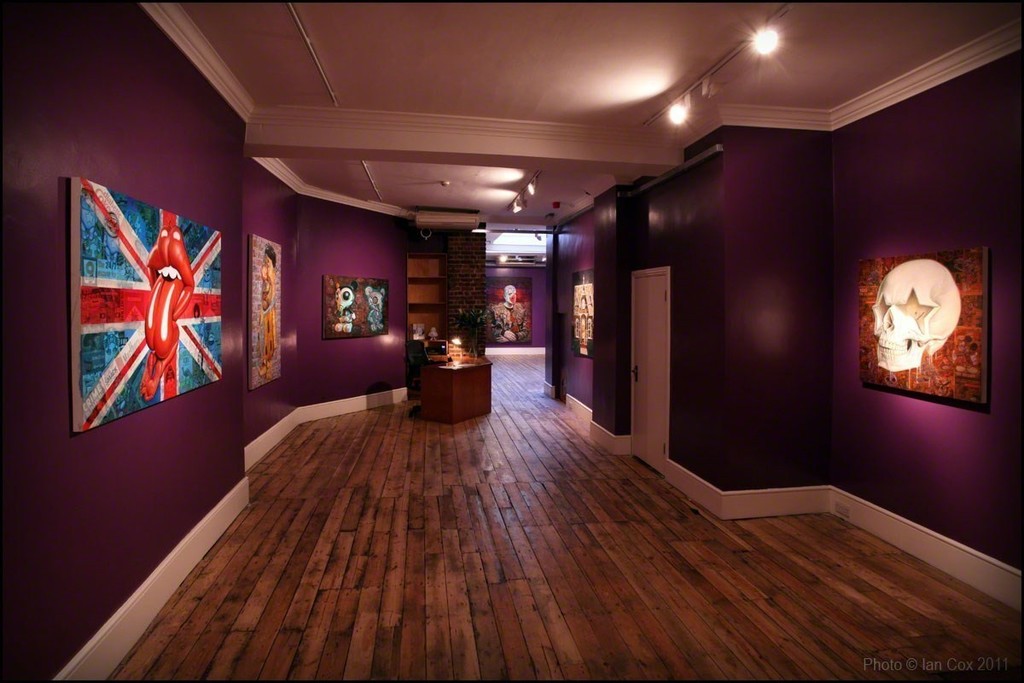 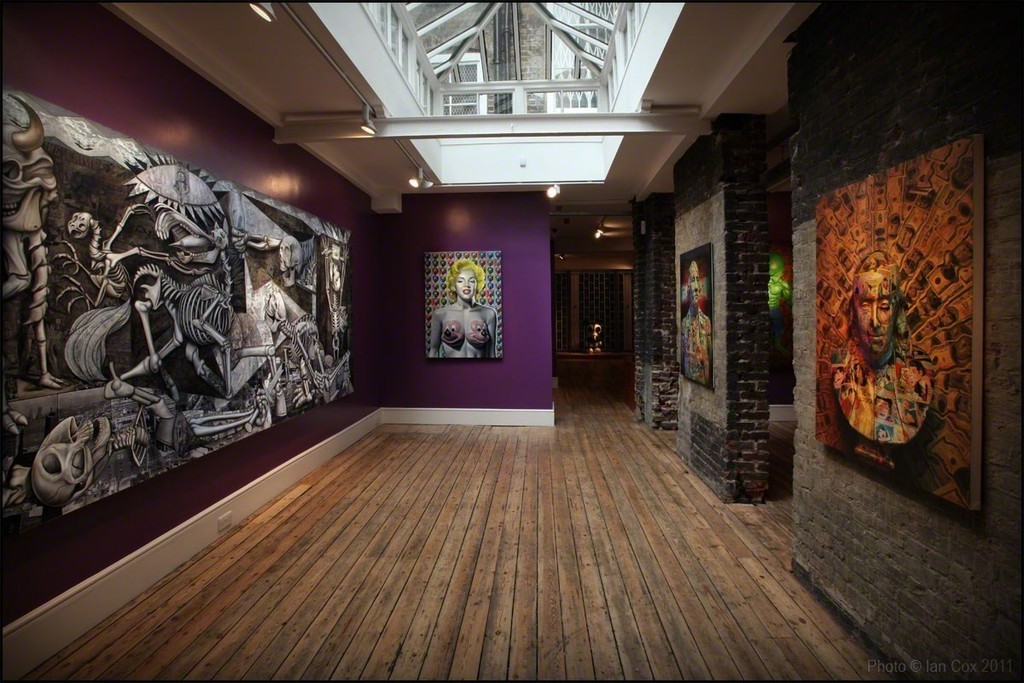 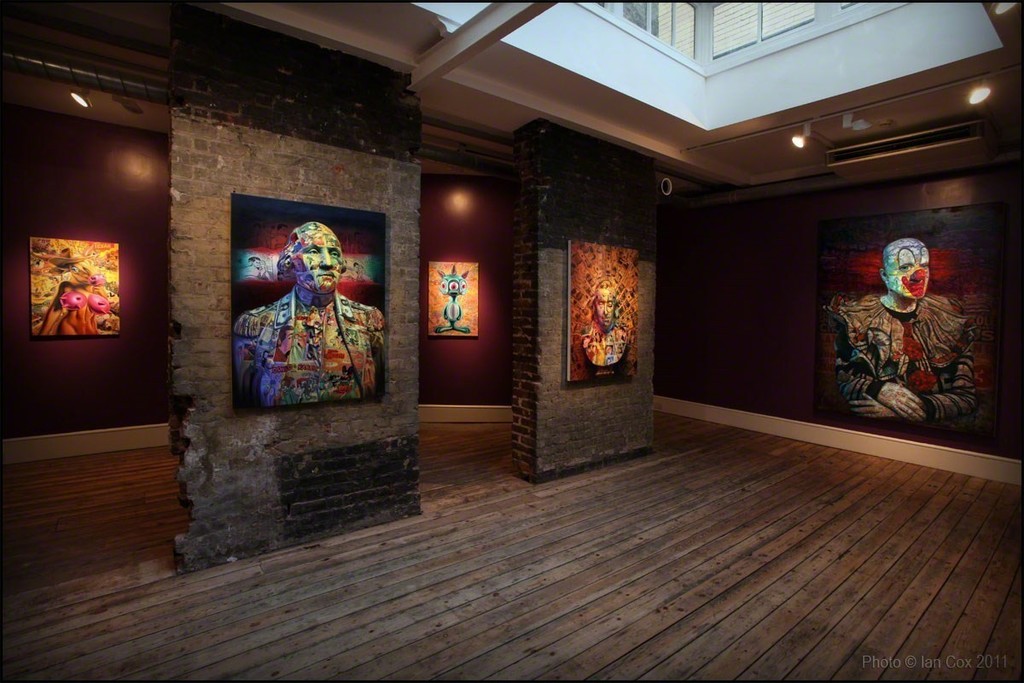 From 24 June Lazarides Gallery will present the first UK exhibition of paintings by painter, pundit and prankster, Ron English. Spanning multiple mediums, Skin Deep is an exploration of the intersections, discrepancies and synchronicities of personal mythologies on display in our public personas.

Skin Deep presents multi-layered portraits of some of his most iconic characters, tracing the arc of their inner lives. Often using his children as models, English chronicles the souls sojourn through Pop dioramas of fear and appetite, aspiration and rage. While paying homage to the great art before him, English maintains his very personal point of view, transforming the public to intimate and the universal to specific.

One theme the artist has returned to time and again and features in the show is Picassos Guernica, which English considers to be a modern template, much as the Madonna and Child is an ancient one. English approaches the Guernica template cognizant of its significance as visual shorthand for the overwhelming and gratuitous horror of modern war. He says, “I have put my own spin on Guernica more than 50 times, using different characters and mirroring the composition more or less faithfully in various versions, but I am always riffing on the same basic message—that cultural bias is embedded in our narrative. My Guernicas call attention to the product placement of global corporate culture, using war as entertainment and entertainment as war.”

Using a mixture of imagery, medium and process referenced from great masters such as Warhol, Pollack and Picasso, combined with irreverent cherry-picking of populist totems from fast food to cartoons, English creates complex running narratives of his many alteregos butting headfirst into the Grand Illusion, where unstated cultural norms are exposed and analysed.

In addition to his fine art painting, English is widely considered a catalytic figure in the advancement of street art away from traditional wild-style lettering and into clever statement and masterful trompe loeil based art.