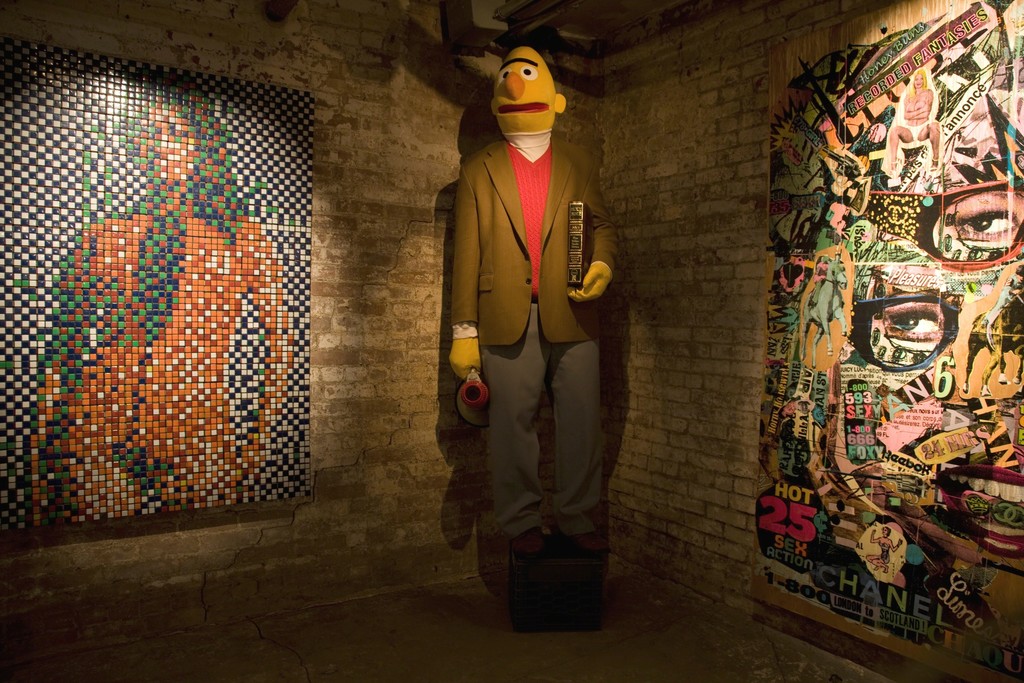 Lazarides Gallery is proud to present new work from its artists in New York. Entirely new pieces will be shown in Manhattan from the Lazarides stable.

The people who staged Antony Micallef’s LA debut in 2007 will now be descending on the streets and buildings of New York. The collective of artists more recently known as The Outsiders will show work inside and outside the pop-up gallery, as well as perform and shock as only they can.

Since 2004, Lazarides has expanded to include four galleries, and has played host to some of the UK’s most cutting edge sell-out shows, representing artists whose work shuns the mainstream with its lively outlook and popular spirit. Fun, irreverent and at the helm of a new movement in art, the gallery is now crossing the Atlantic. This monthlong exhibition, The Outsiders, will deliver all the razamatazz of a Lazarides production, stateside.