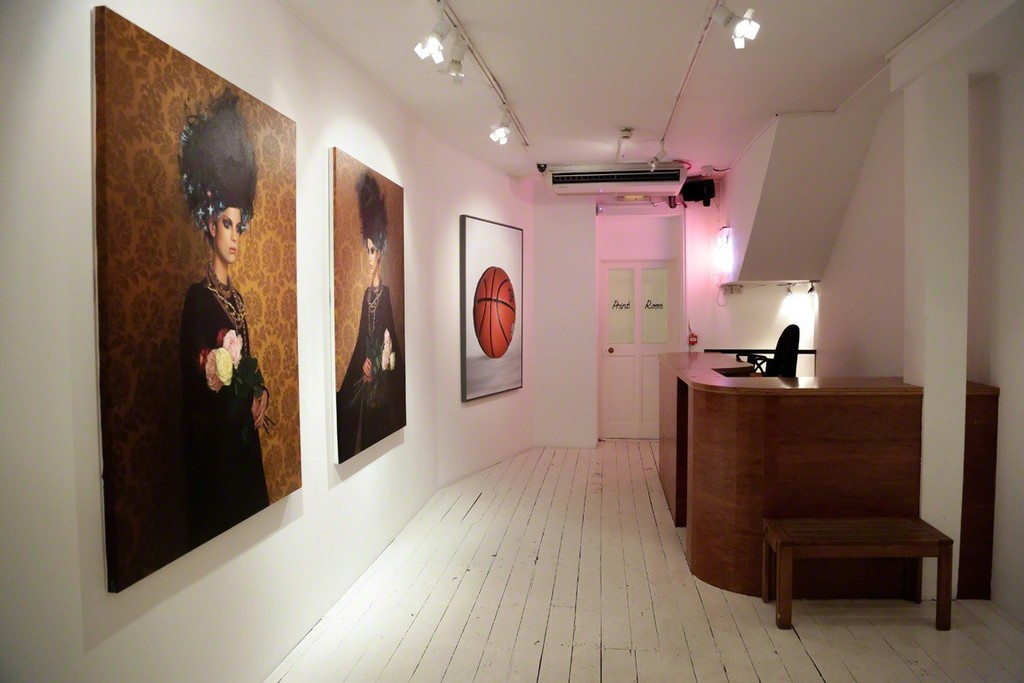 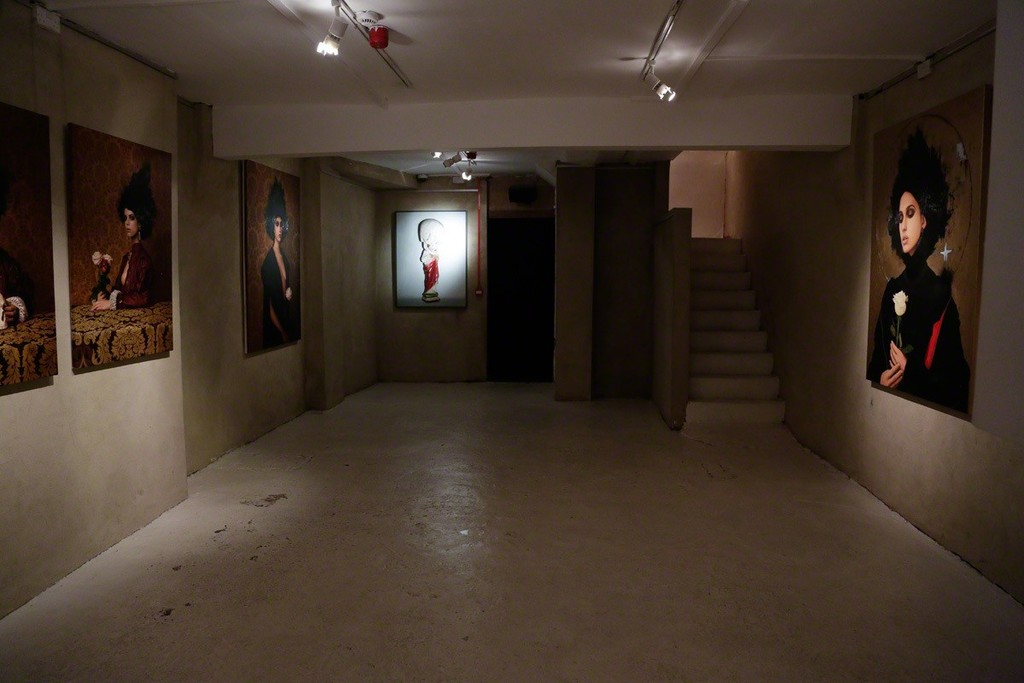 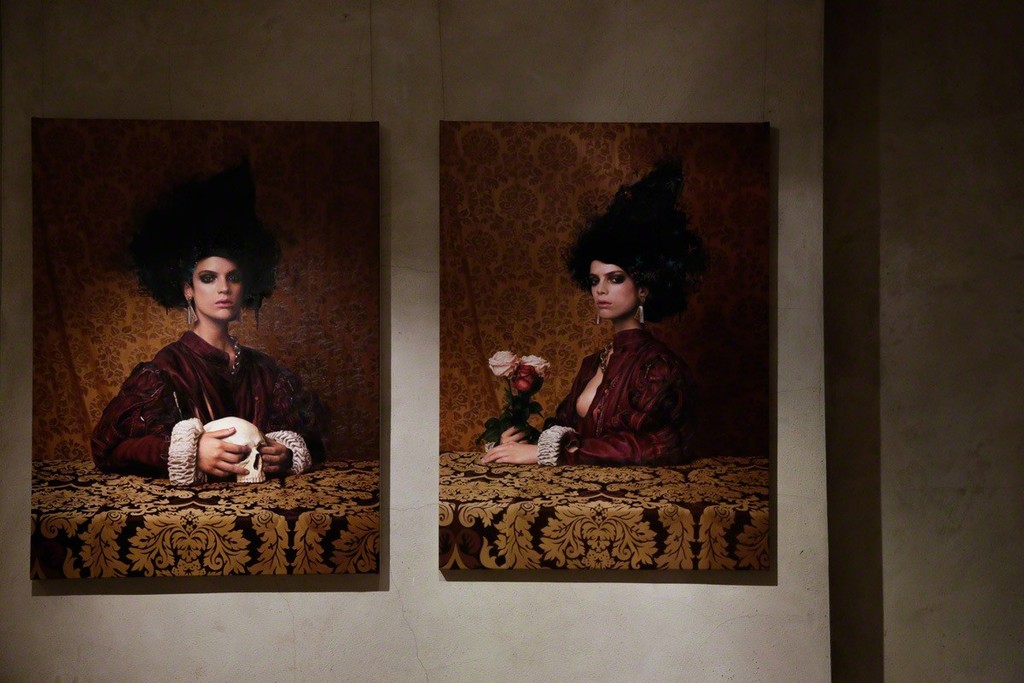 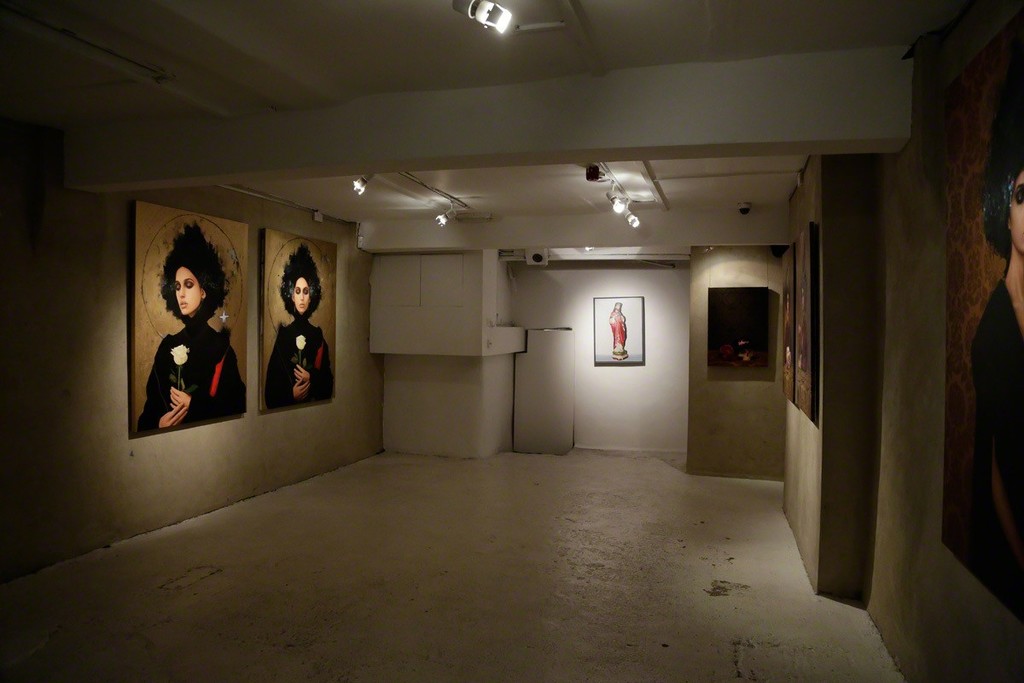 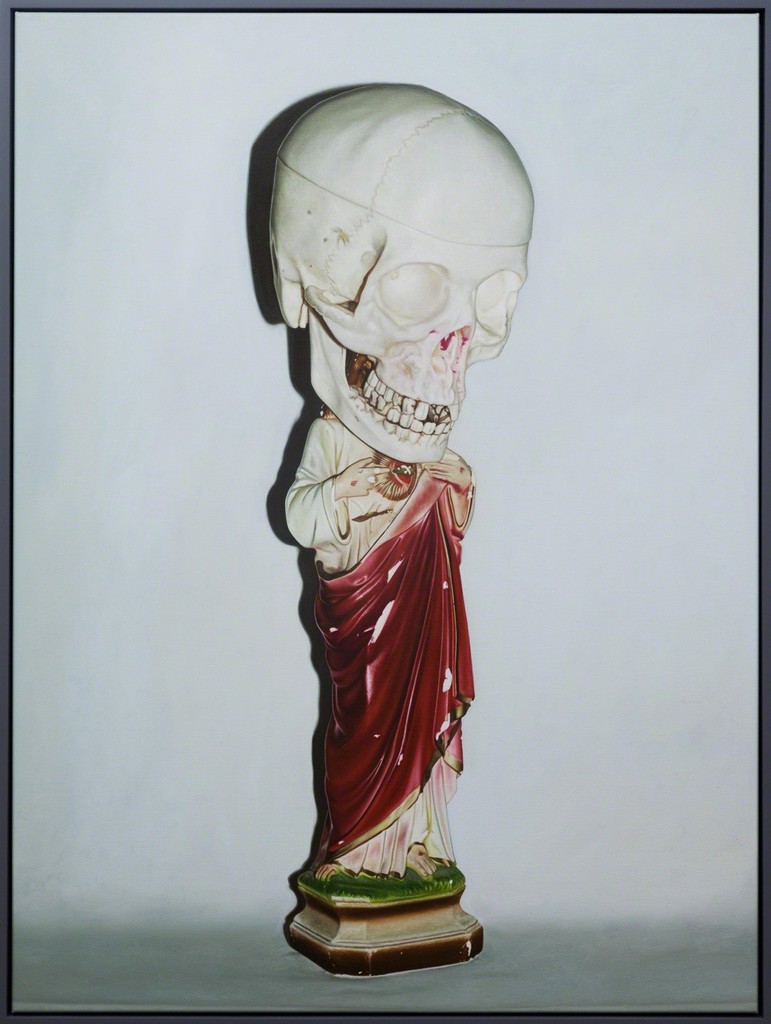 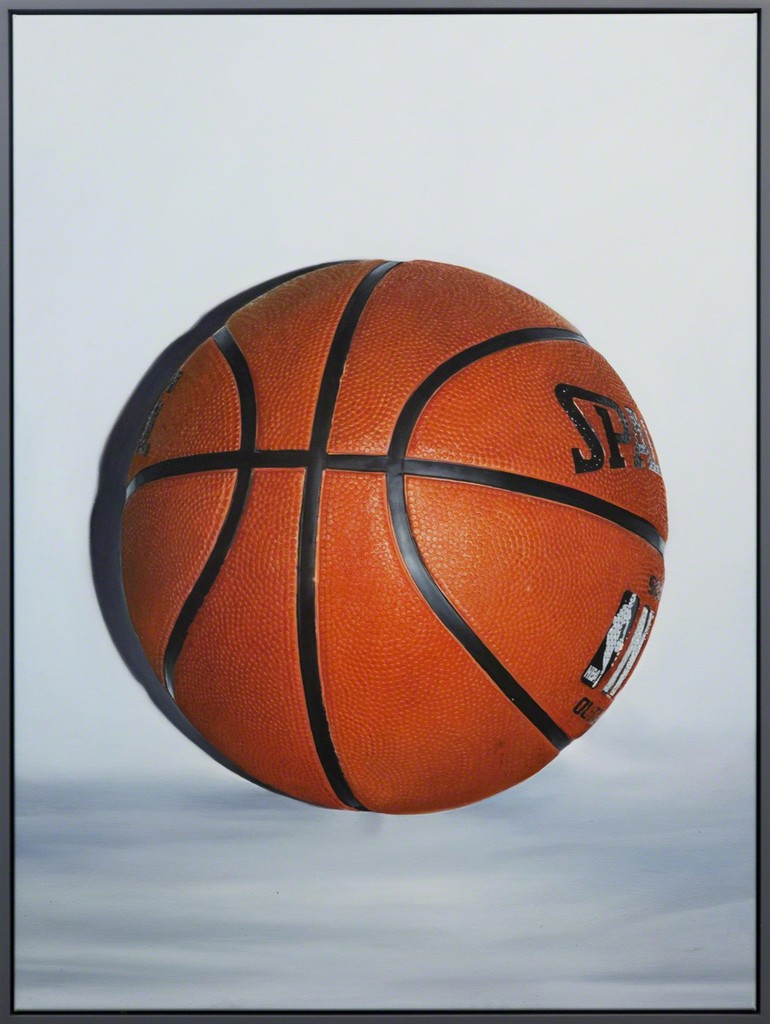 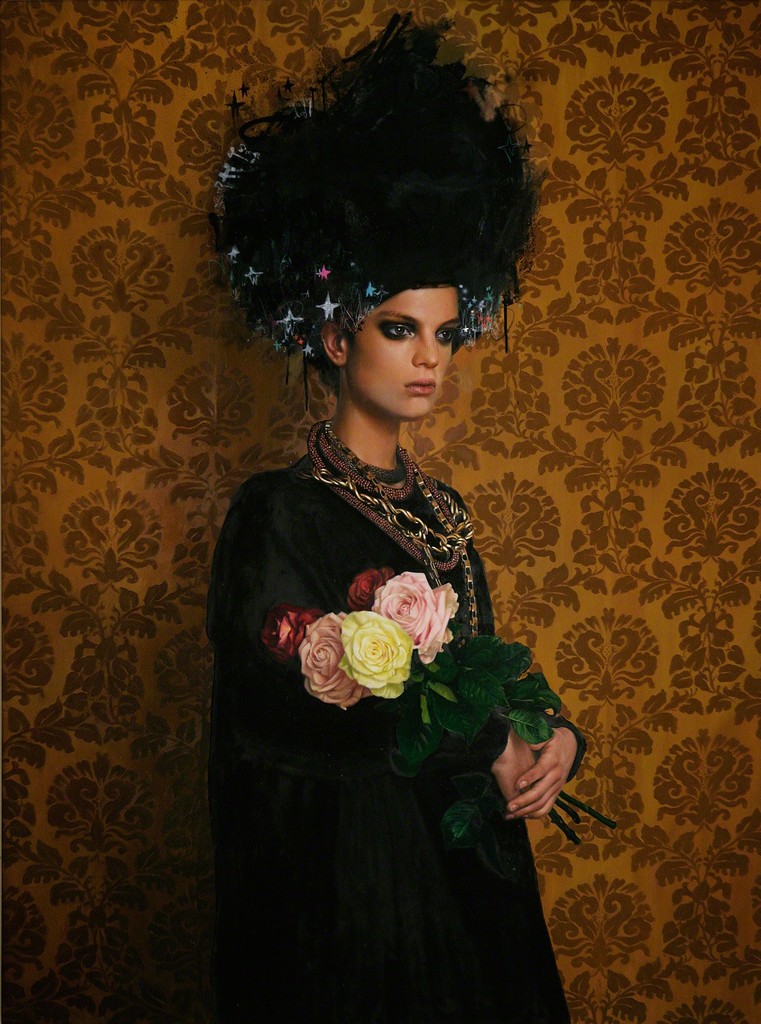 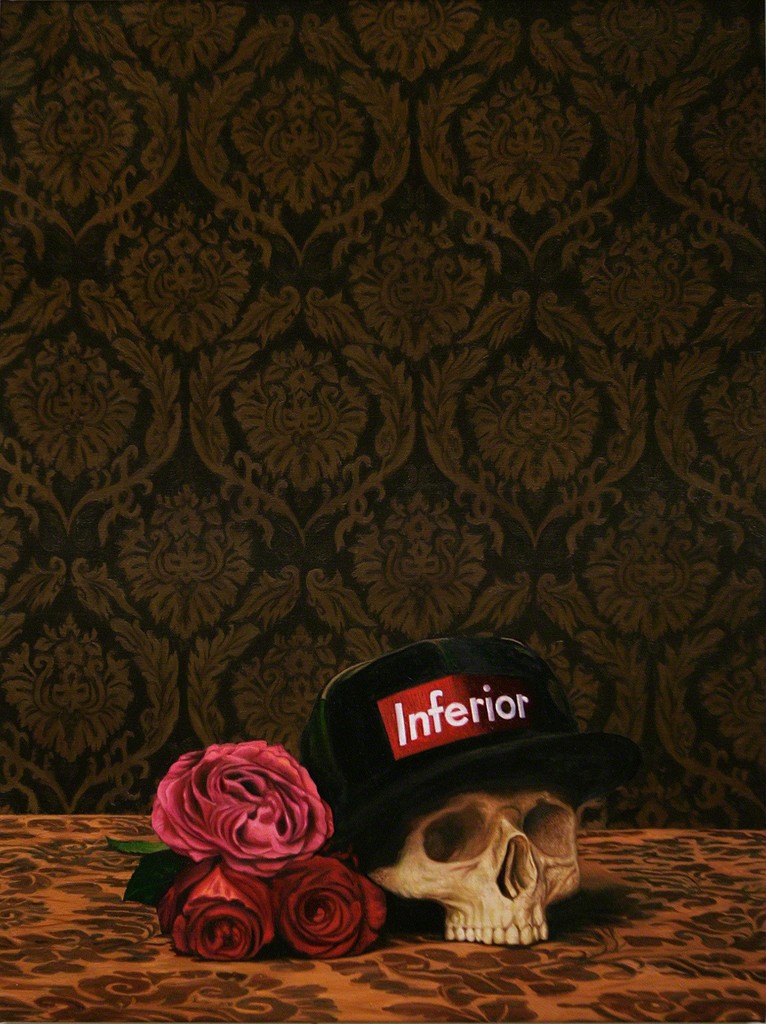 The Outsiders London enthusiastically welcomes Cyclops for his first solo exhibition with the gallery. The Way of All Flesh features an entirely new suite of paintings displayed for the first time.

The artist’s early exhibitions featuring work derived from his street pieces, led to a coveted place at the Royal College of Art – alma mater of Lucian Freud and Chris Ofili. So it’s fitting that his first major show since graduating has a foot in both camps-street and fine art. Nine large canvases depicting striking female figures, painted in oils, acrylic and spray paint, dominate the exhibition. A corresponding selection of still life pieces works demonstrate his skills at the easel and grasp of contemporary culture, featuring for instance a skull wearing a cap from cult NY street wear label Supreme.

“This particular body of work is about capturing a moment – a lens-based approach to image making,” says the artist, “but I knew that wasn’t quite enough, so I’ve tried to introduce further life into the works, spontaneous elements. I’m interested in images the combine beauty and decay.”

These contemplative beauties are adorned in clothing combining Reformation-era fashions with classic street style – including an MA 1 bomber jacket.

“The street gave me the opportunity to paint,” says Cyclops of this tribute. The modern-day apparel is far from incongruous though, this being testament to the cohesion of the artist’s nonetheless catholic vision. Backgrounds echo the interior designs of the 19th Century Aesthetic movement itself. Urban scrawl around the figures’ heads marries abstract urban motifs and the ideas developed at the other end of the spectrum, inside the art institution.

These chic, full-featured heart stealers appear woefully mournful, a powerful combination all the more arresting given the up-tempo lifestyle of the modern metropolitan girl. "There is a personal aspect to these images. I've had people around me suffering with mental illness... and this idea of a troubled, decaying beauty I think is captured in a rose, or the stillness of a face, which is surrounded by chaos."