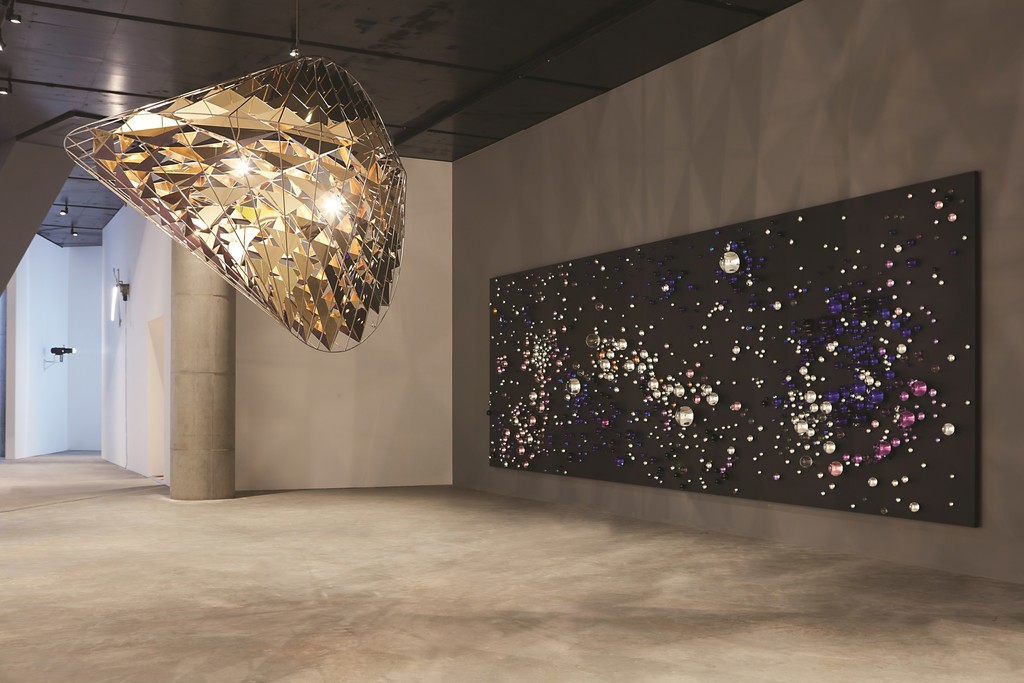 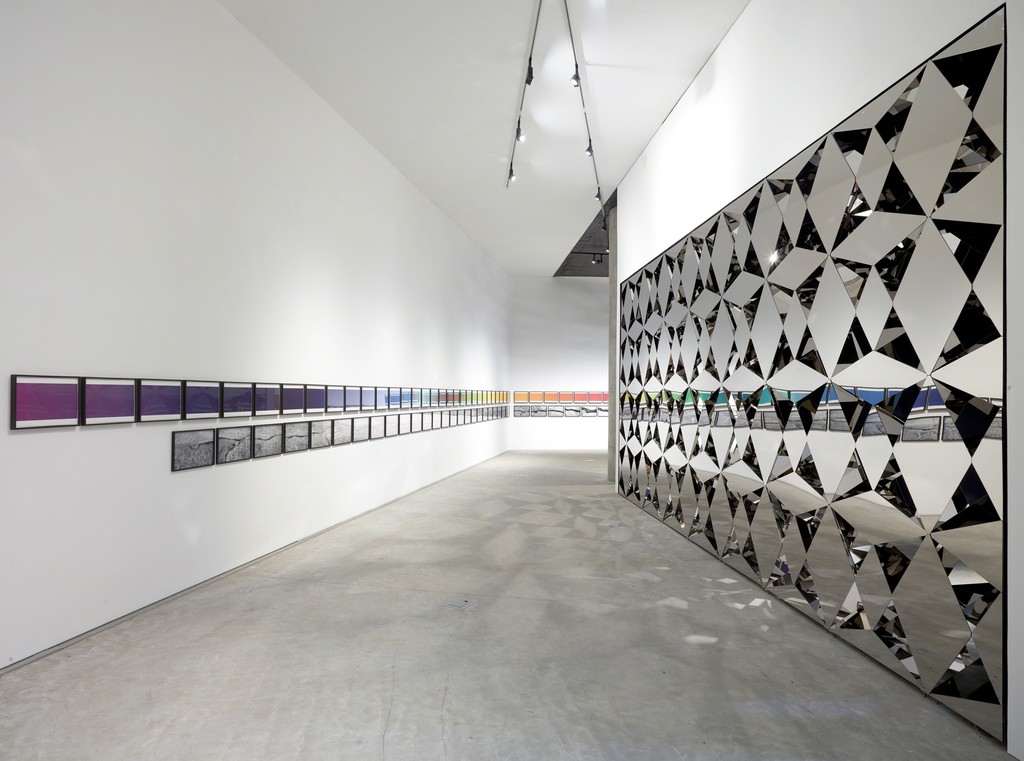 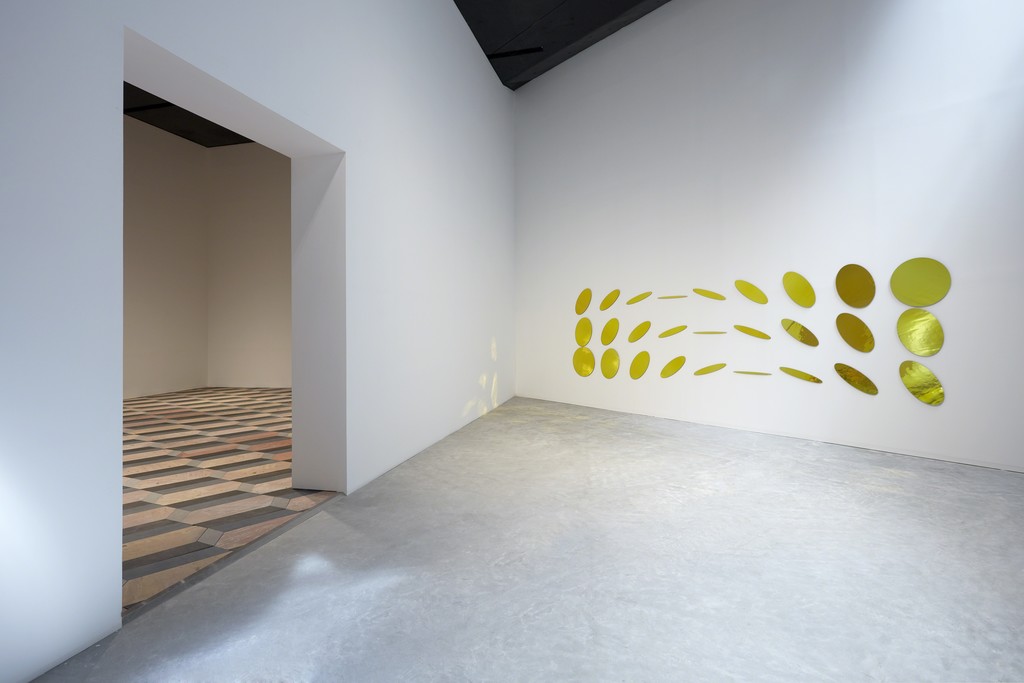 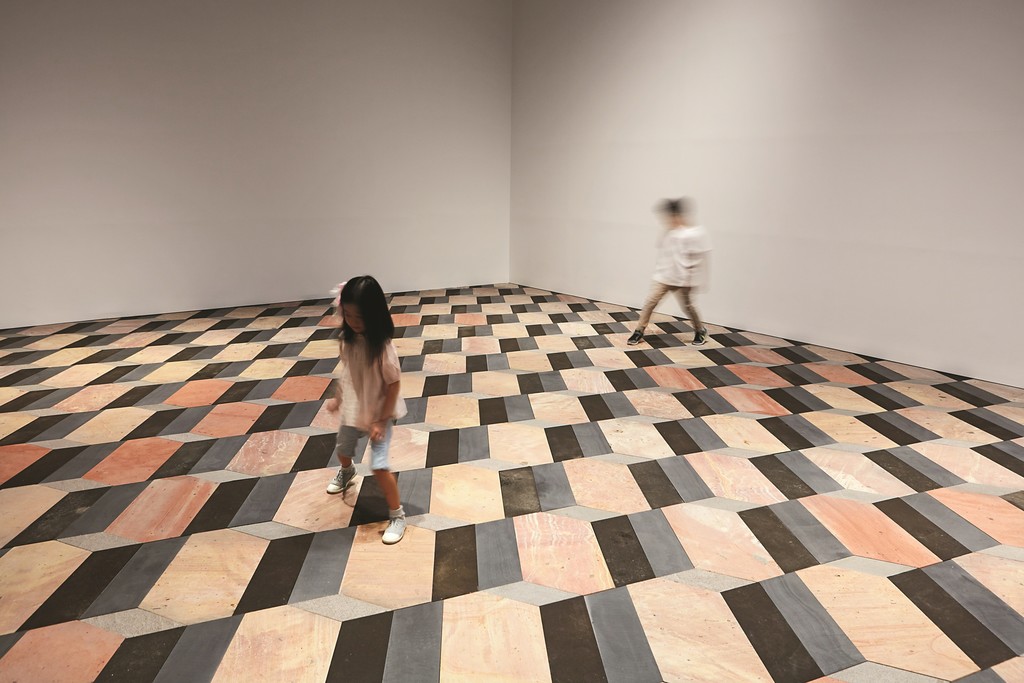 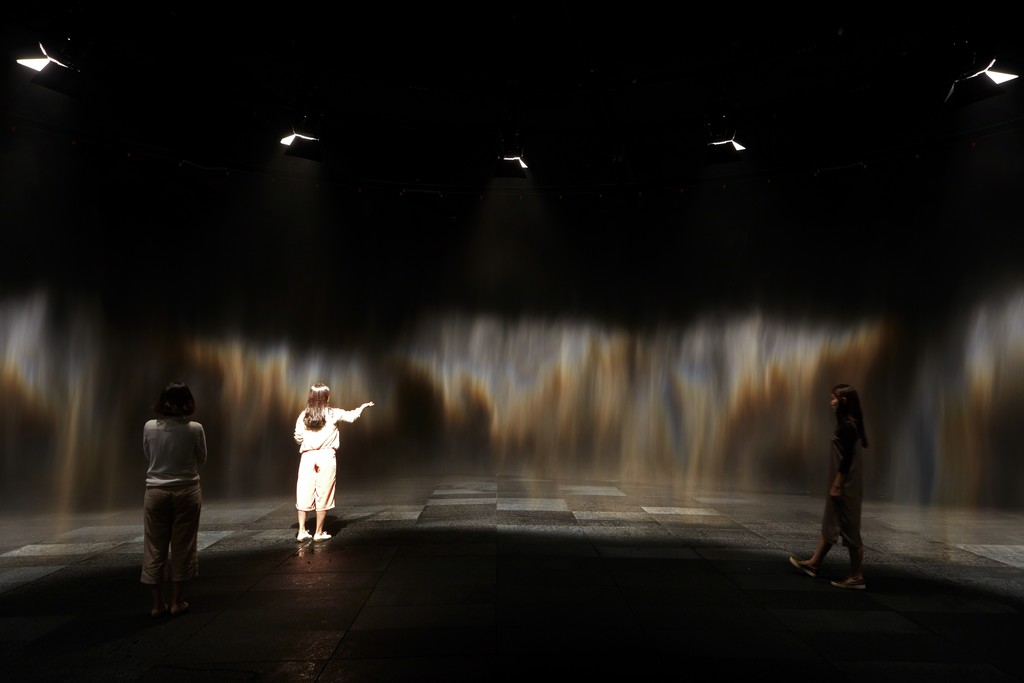 Leeum, Samsung Museum of Art is pleased to host The parliament of possibilities, a major solo exhibition by Olafur Eliasson. Danish-Icelandic artist Olafur Eliasson is one of the most acclaimed artists working today. Eliasson’s practice expands our notion of art; his use of illusions produced by mirrors, machines that create pseudo-natural phenomena, and diverse visual experiments suggests new ways of perceiving, experiencing, and responding to our shared world.
This mid-career survey exhibition presents a unique opportunity to encounter a wide range of artworks by Eliasson. The twenty-two works in the exhibition range from those created at the beginning of the artist’s career, in the early 1990s, to works representative of his most recent activities. A tapestry of tightly woven Icelandic moss titled Moss wall (1994) and the gravity-defying Reversed waterfall (1998) are exemplary of his early works, while new productions include Your unpredictable path (2016), a work inspired by constellations and nebulae, and Rainbow assembly (2016), made of water droplets and light.
Olafur Eliasson says, The parliament of possibilities celebrates the fact that the world and our feelings about it are constantly changing. When we see things as a continuous process of production and relation, we may also see their potential. We then have the opportunity to negotiate reality, to decide together what world to build. I would like to think that my works encourage people’s engagement and experience of being present with and in the world. The artworks function as mirrors, reflecting a not-yet-verbalised emotional need that we carry inside ourselves.’
Throughout his career, Eliasson has employed a wide range of media, including sculpture, installation, photography, and painting, to realize works that raise questions dealing with nature, philosophy, and science. The wide spectrum of Eliasson’s creative activity leaves a profound impression on viewers across the globe. For Eliasson, though, the viewers themselves compose the most important element – it is through their encounters with his work that it continues to produce new meaning. The parliament of possibilities is thus the perfect occasion to explore the dynamic relationship between art and life.
A catalogue, featuring an exchange between Eliasson and the physicist Aurélien Barrau, an experimental text by the philosopher Timothy Morton, and an essay by the curator Hyesoo Woo, has been published to accompany the exhibition.

About the artist
Born in 1967, Olafur Eliasson grew up in Iceland and Denmark and studied from 1989 to 1995 at the Royal Danish Academy of Fine Arts. In 1995, he moved to Berlin and founded Studio Olafur Eliasson, which today encompasses approximately ninety craftsmen, specialised technicians, architects, archivists, administrators, programmers, art historians, and cooks. Since the mid-1990s, Eliasson has realised numerous major exhibitions and projects around the world. In 2003, Eliasson represented Denmark at the 50th Venice Biennale, and later that year he installed The weather project at Tate Modern’s Turbine Hall, London. Take your time: Olafur Eliasson, a survey exhibition organised by SFMOMA in 2007, travelled until 2010 to various venues, including the Museum of Modern Art, New York. Innen Stadt Aussen (Inner City Out), at Martin-Gropius-Bau in 2010, involved interventions across the city of Berlin as well as in the museum. Similarly, in 2011, Seu corpo da obra (Your body of work) engaged with three institutions around São Paulo – SESC Pompeia, SESC Belenzinho, and Pinacoteca do Estado de São Paulo – and spread out into the city itself. In 2014, Riverbed filled an entire wing of Denmark’s Louisiana Museum of Modern Art with stones and water, emulating a river in a rocky landscape; later that year, Contact formed the inaugural exhibition at Fondation Louis Vuitton, Paris. Verklighetsmaskiner (Reality machines), at the Moderna Museet in Stockholm in 2015, became the museum’s most visited show by a living artist. In 2016 Eliasson created a series of interventions for the palace and gardens of Versailles, including an enormous artificial waterfall that cascaded into the Grand Canal.
Eliasson’s projects in public space include Green river, carried out in various cities between 1998 and 2001; the Serpentine Gallery Pavilion 2007, designed together with Kjetil Thorsen; The New York City Waterfalls, commissioned by Public Art Fund and installed on New York City shorelines during summer 2008; Your rainbow panorama (2011), a 150-metre circular, coloured-glass walkway situated on top of ARoS Museum in Aarhus, Denmark; Harpa Reykjavik Concert Hall and Conference Centre (2011), for which Eliasson created the facades in collaboration with Henning Larsen Architects; Cirkelbroen (The circle bridge), which opened in Copenhagen in 2015 and completes a new bicycle route around the Christianshavn harbour; and Ice Watch, for which Eliasson and geologist Minik Rosing transported massive blocks of glacial ice from Greenland to public squares in Copenhagen (2014) and Paris (2015) to raise awareness of climate change.
As a professor at the Berlin University of the Arts, Eliasson led the Institut für Raumexperimente (Institute for Spatial Experiments, 2009–14), a five-year experimental programme in arts education located in the same building as his studio.
In 2012, Eliasson and engineer Frederik Ottesen founded Little Sun. The social business and global project provides clean, affordable energy to communities around the world without access to electricity; encourages sustainable development through sales of Little Sun solar-powered lamps and phone chargers, designed by Eliasson and Ottesen; and raises global awareness of the need for equal access to energy and light.
In 2014, Eliasson and long-time collaborator Sebastian Behmann founded an international office for art and architecture, Studio Other Spaces, to focus on interdisciplinary and experimental building projects and works in public space.
Eliasson lives and works in Copenhagen and Berlin.
www.olafureliasson.net
olafureliasson.net/leeum, #OlafurLeeum
https://www.instagram.com/studioolafureliasson/
https://www.instagram.com/soe_kitchen/