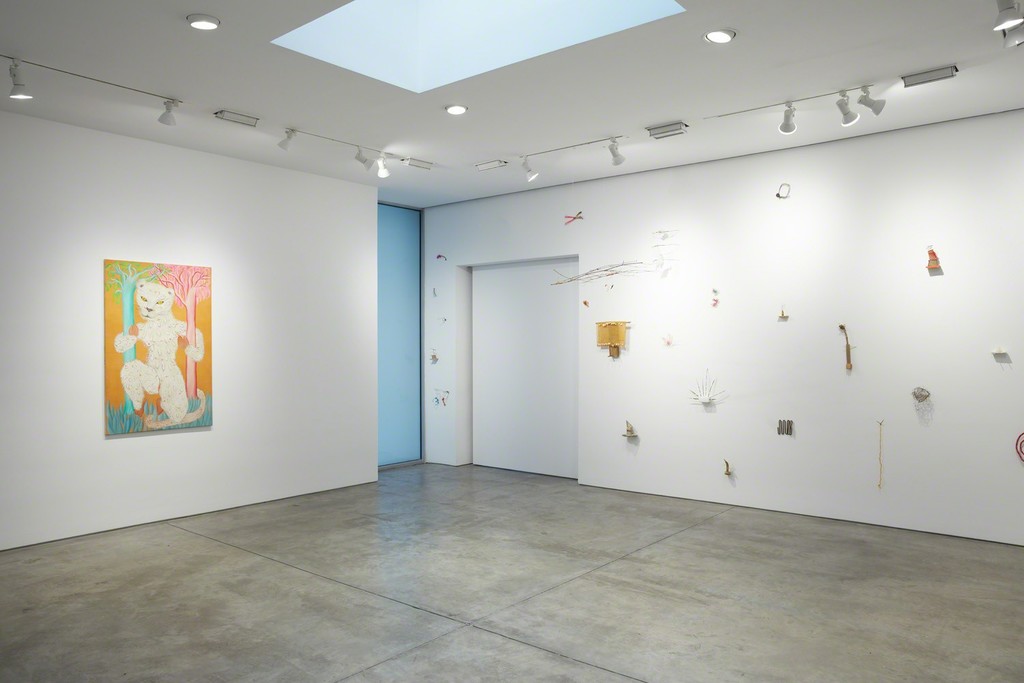 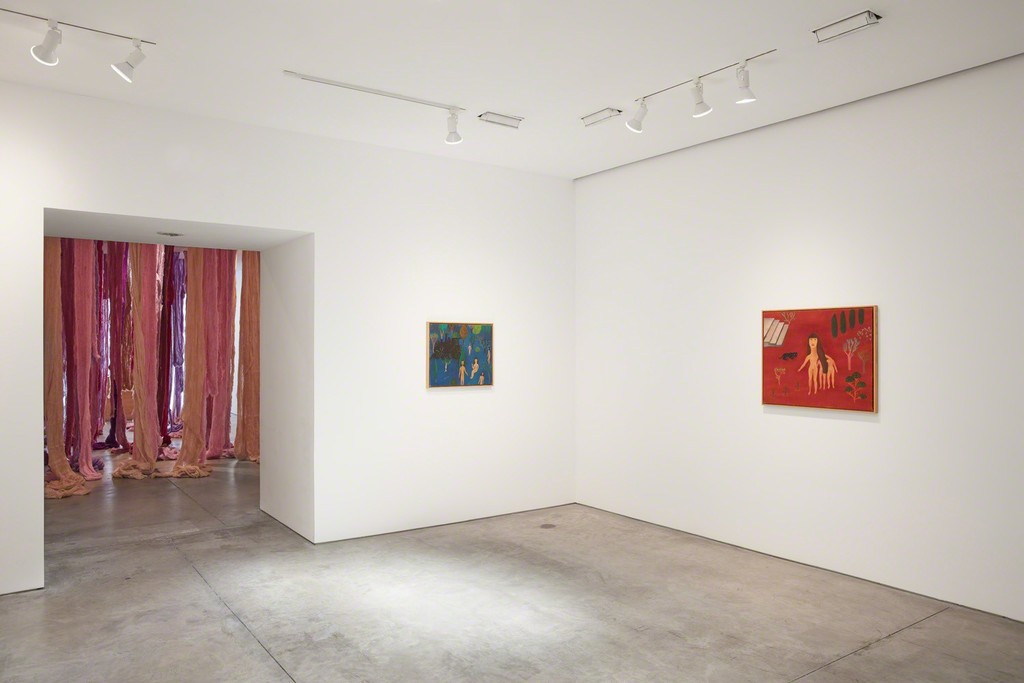 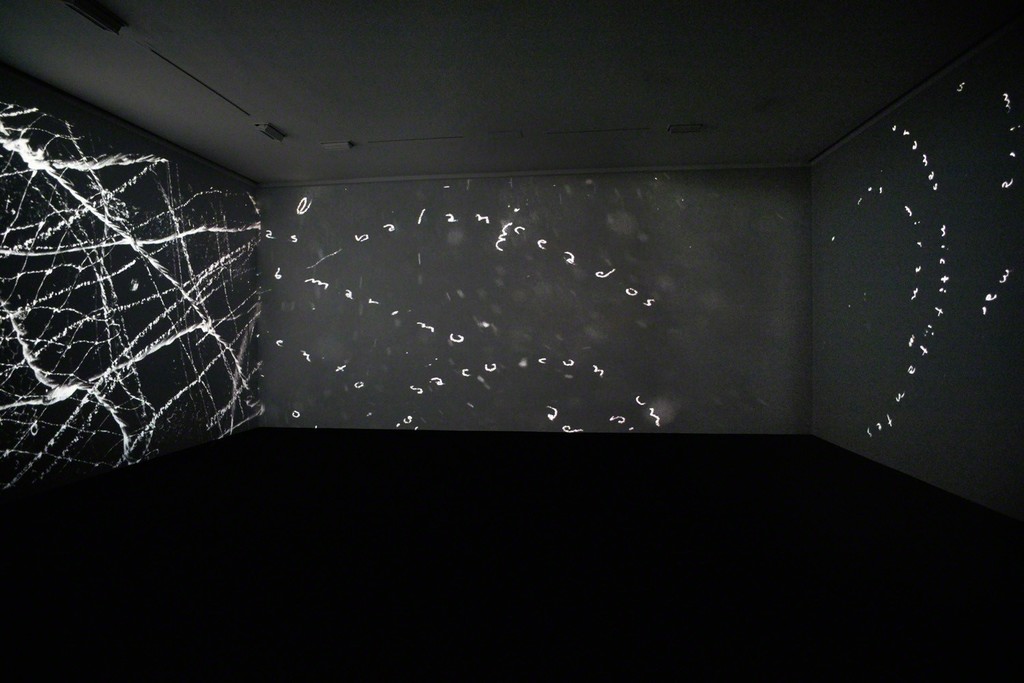 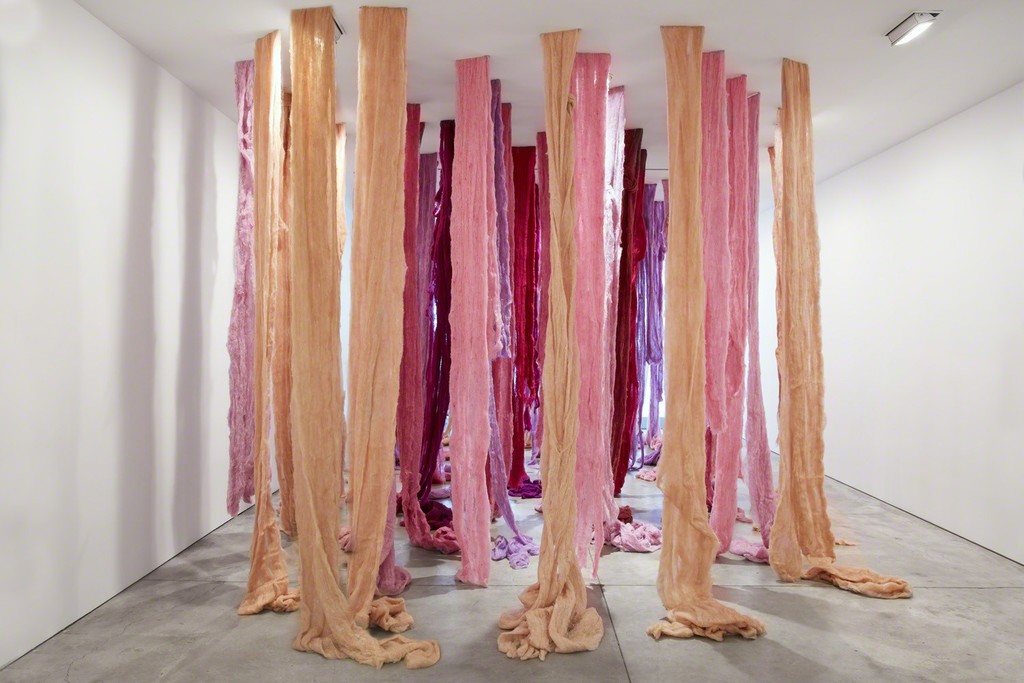 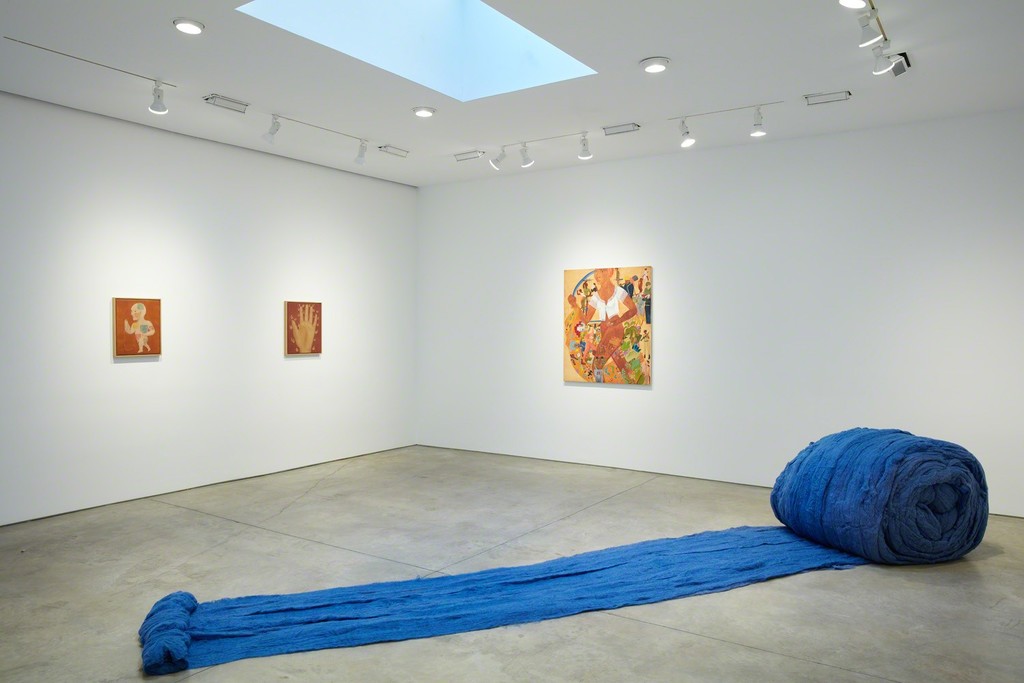 New York, April 18, 2018—Lehmann Maupin is pleased to
present La India Contaminada, the gallery’s inaugural
exhibition for Cecilia Vicuña. While the Chilean-born artist
has lived in New York and exhibited widely in the United
States and abroad for over three decades, this is the first
comprehensive survey of her work in New York. The
exhibition spans 1969 to 2017 and will feature Vicuña’s raw
wool installation and sculpture known as Quipu, mixedmedia
sculptures referred to as Lo Precario, video, and
painting. La India Contaminada will run concurrent with a
solo exhibition of her Disappeared Quipu at the Brooklyn
Museum, opening May 18, with her early performance and
photographic work also included in the museum’s iteration
of the traveling exhibition, Radical Women: Latin American
Art, 1960–1985. The gallery will host a reception for
the artist on Saturday, May 19, from 6 to 8 PM.
Vicuña’s Quipu (translated as “knot” from Quechua) works
reinvent the ancient Andean system that recorded statistics
and narratives through the knotting of colored thread.
Historically, the quipu has been regarded as a simple
bureaucratic device, but research demonstrates they
represented a complex system of knowledge, with
symbolic and virtual dimensions of enormous existential
and social value that connected communities. Addressing this larger paradigm, Vicuña constructs her
Quipus as poems in space. These tactile representations of the expansive interconnection between the
cosmological and human realms relate her work to the Quantum Poetics movement that seeks to
describe a reality that does not conform to standard perception. For Vicuña, Quantum Poetics are aligned
with the indigenous worldview of the Americas.
At its core, her work is poetical and philosophical rather than anthropological. Vicuña’s use of dyed, raw,
and unprocessed wool, coiled as in Caracol Azul (Blue Snail) (2017), or suspended as in Quipu Viscera
(Visceral Quipu) (2017), creates a visual meditation on the liminal spaces between life and death, humans
Leoparda de Ojitos, 1976, oil on cotton canvas, 55.375 x 35.5 inches (image),
40.7 x 90.2 cm. Courtesy the artist and Lehmann Maun, New York and Hong
Kong.
and nature, and the past and the present, represented in the diffuse fibrous strands of wool. With our
mutual fate now in question as we venture into the anthropocene, Vicuña’s Quipus serve as a reminder of
the hubris that separates humanity from nature, asking us to reconsider our origins and
interconnectedness.
This cosmological connection is evident in another sculptural series, Lo Precario, “the precarious.” Each
component—found scraps of cloth, shards of plastic, a feather, a leaf, a butterfly, a pencil—is included
for its formal and representational potential. This gives each object infinite complexity on its own, a
synecdoche of the larger installation as a whole, meant to be interpreted as a constellation. Originally,
Vicuña composed these along the ocean’s shores, intended to disintegrate and wash away with high tide
right after creation. She continues to perform this ritual in waterways around the world, while also
bringing them indoors to display on walls and in vitrines, where the fragility of the composition and
materials warns of their precariousness.
Vicuña, a noted poet and author, has garnered her reputation as an activist through her multidimensional
art, performances, films, and writing that confront the patriarchy, white supremacy, violent totalitarian
rule, and ecological plundering. Nowhere is this more visually evident than in her paintings, primarily
created during the 1970s. While several are explicitly political in content, such as her Lenin (1972),
Vicuña’s most radical act, perhaps, is to embody and depict the undoing of centuries of indoctrination
and dogma.
Like her quipus, the paintings refer to Latin American history, in this case the points of first contact
between the Spanish and indigenous people when Incan artists were forcibly converted to Catholicism
and enlisted to paint and worship European religious icons. They nevertheless found ways to subvert the
rulers by incorporating their own cultural iconography and worldviews into the renderings. These early
South American, Christian paintings are a tangible visualization of the miscegenation that defined the
colonial period, where fusing one’s way of life with the alien form imposed upon them was required for
survival. Vicuña similarly adopts this method by using this colonial style of image making, but
incorporating revolutionary iconography. Paintings like Leoparda de Ojitos (1976) offer evidence of this
“contaminated” mode of thinking—daring to position an indigenous, decolonized woman’s perspective,
presented to the viewers throughout La India Contaminada, as emblematic of human history and
potential. A return to the past, in order to understand and transform the future.