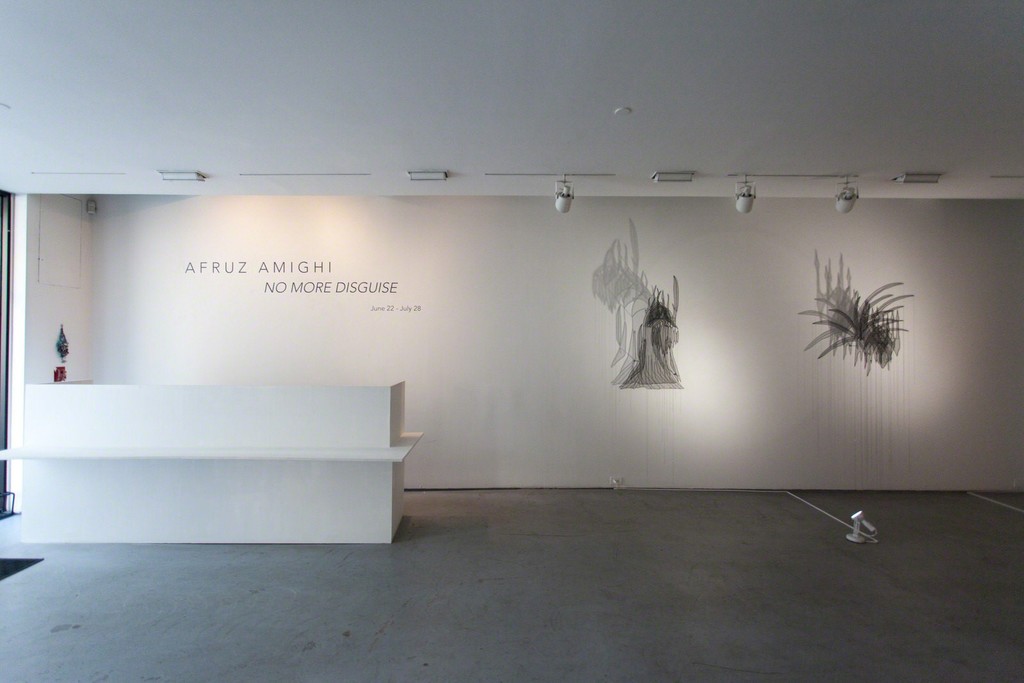 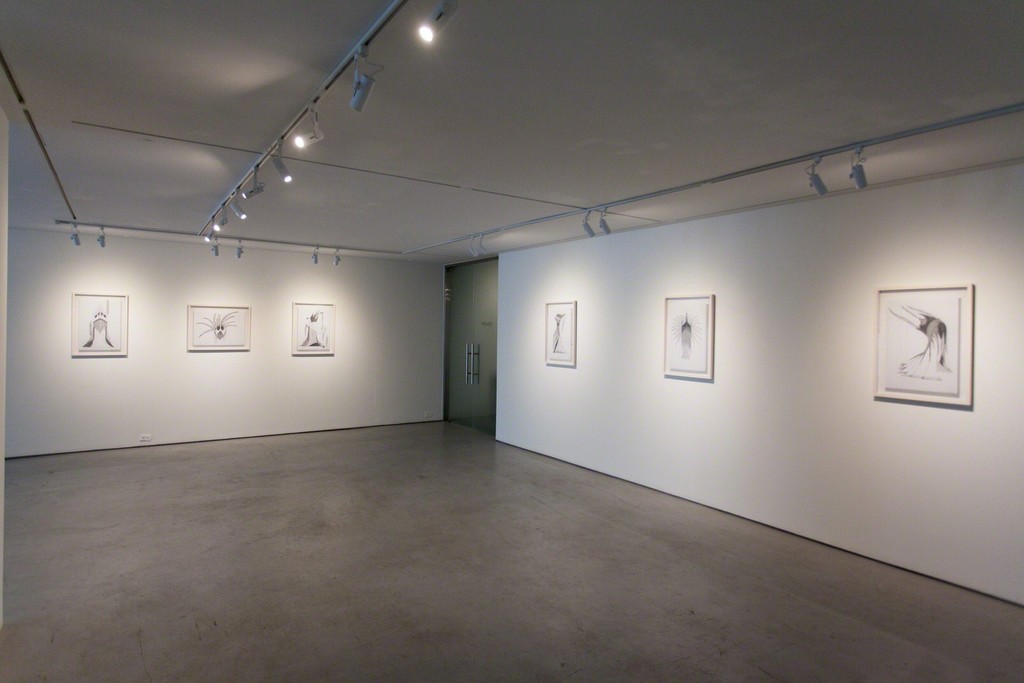 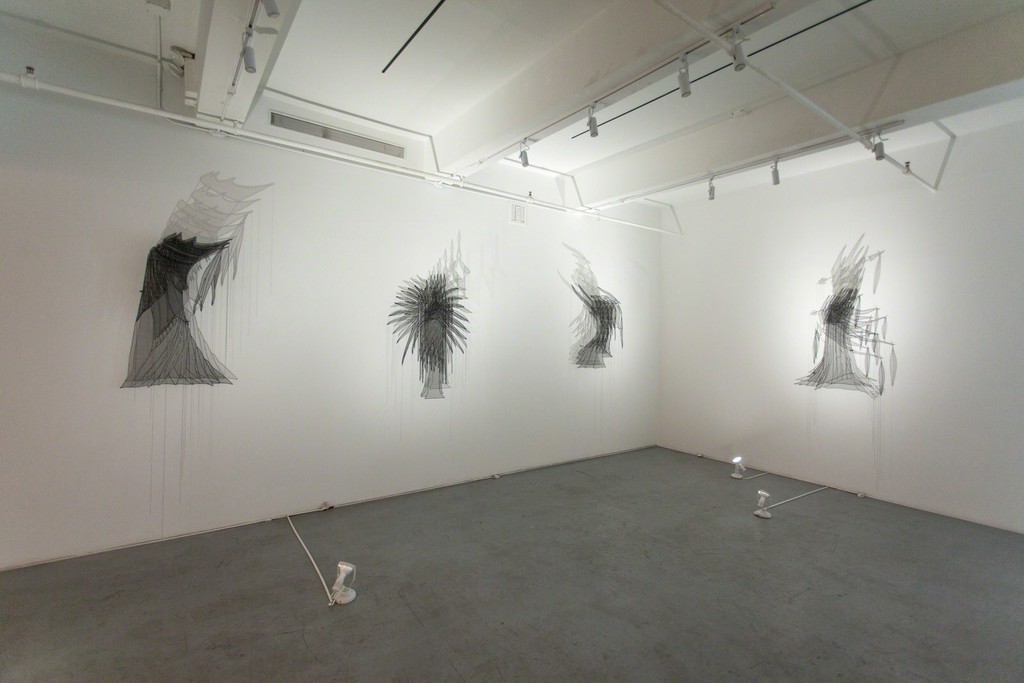 Leila Heller Gallery is pleased to present a new body of work by Iranian-American artist Afruz Amighi, No More Disguise, from June 22nd to July 28th, 2017. “We are a country of civil war, and from the eternal divide, the ever present rift, lifting their heads and making themselves known, faces emerge.” Amighi continues, “I cover them with headdresses I have made, to protect them, to reveal them, to honor and ridicule them.” The Emperor, the Empress, the Fool, the Warrior, the Beheaded, the Unborn: in a series of six graphite and six sculptural wall reliefs, composed as headdresses, Amighi renders a procession of passion and derision, formally presenting the figure in her oeuvre for the first time in a poetical invocation of the masquerade of power, or what the artist calls, “heroes and villains … emerging from our new social and political landscape.”
At once highly personal and political, Amighi’s sculptural and figural reliefs compose a study in power—for the artist a parade of the glorious and the damned. Derived from reflection on the history of disposed empires, from the Mughals, who reigned over the Indian subcontinent until being deposed by the East India company in the 19th century, to the Native American, whose various tribal lands extended from sea to shining sea prior to the arrival of Columbus, each work in this processional reveals a layering of moribund heraldry in the form of headdresses, feathers, fine jewelry, and adornments: signifiers of triumph from another age. “Each headdress is bedecked with a crown, but the chains that
fall from them, however opulent, suggest bondage, in a coffle of regal figures … there is the echo of lost power. They are a study in the strange anatomy of love and death, agency and oppression,” imparts the artist. Although known for her elegant studies in the inanimate and architectural, this new body of figural works continues to utilize the artist’s intricate strategies of shadow and light, replete with an elaborate architectonics. As Art Historian Claire Brandon states in the catalogue essay to accompany this exhibition, “Their serpentine curves, ornate metalwork, and careful craftsmanship recall the debauchery of Jazz Age America and the curving geometry and stylized lines of art deco jewelry, furniture, and architecture.” Indeed, having at once powerfully and delicately engaged in the structures of her Iranian-American heritage in her previous work, this figural turn in the artist’s oeuvre also signifies a domestic concern. As Brandon notes, “at stake in these works are the cycle of decadence and depression and the perpetual state of civil strife that in part define the United States, the artist’s home for over 30 years.”