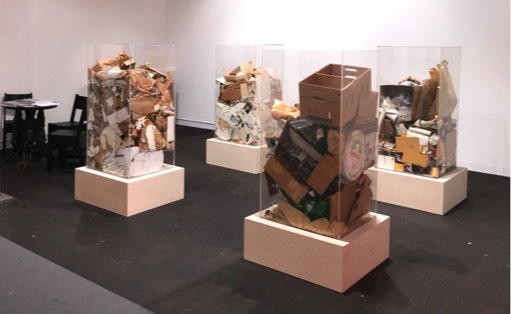 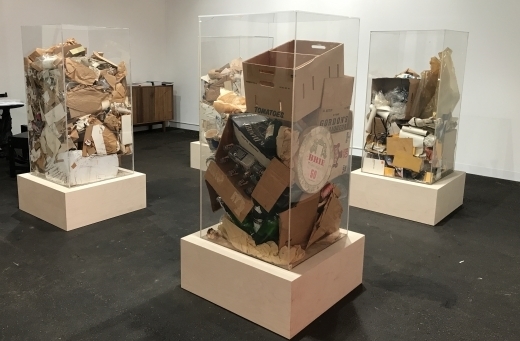 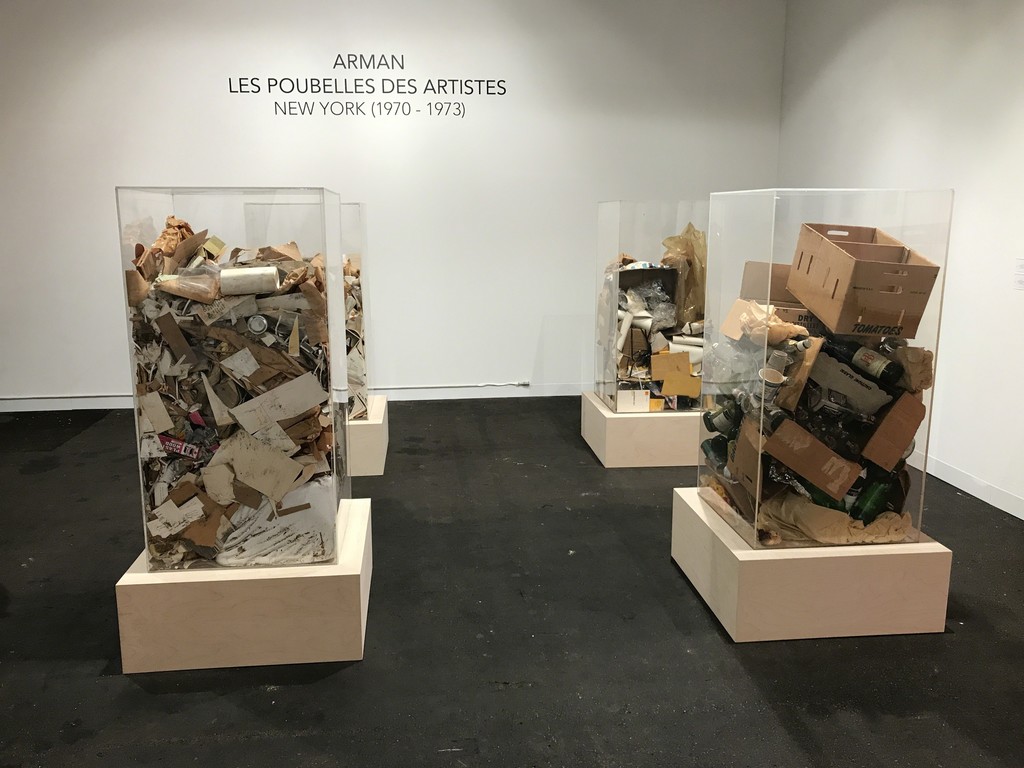 Leila Heller Gallery is pleased to present the work of the celebrated, late Franco-American artist Arman (né Arman Fernandez), in a discrete installation of five works entitled Les Poubelles des Artistes: New York (1970-1973). The five works presented here—rarely before brought together in such an ambitious survey—represent one half of ten collaborations between the artist and his contemporaries in early 1970s New York, including Robert Rauschenberg, Sol LeWitt, Jim Dine, Bernar Venet, Joseph Kosuth, Roy Litchenstein, Any Warhol, Peter Hutchinson, and Christo, among others. These ‘poubelles’ highlight one of the artist’s more visionary archival responses to the Postwar and post-Fordist rise of not only conspicuous consumption, but also the resultant and remarkable mass material destruction. What Peter Schjelddahl called upon the occasion of their first exhibition at John Gibson Gallery in 1973, “tantalizing form[s] of self-portrait”, with the aid of history, each of these works can be seen as well as commentary on detritus and production in material, late-capitalist existence: archives as portraits, witnesses to an era.