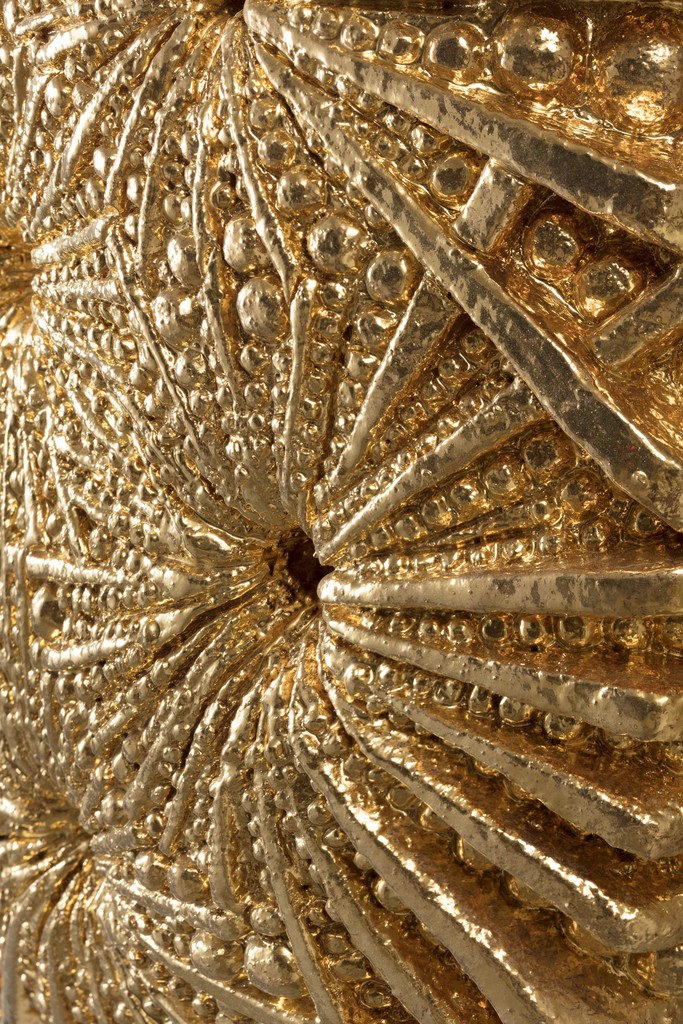 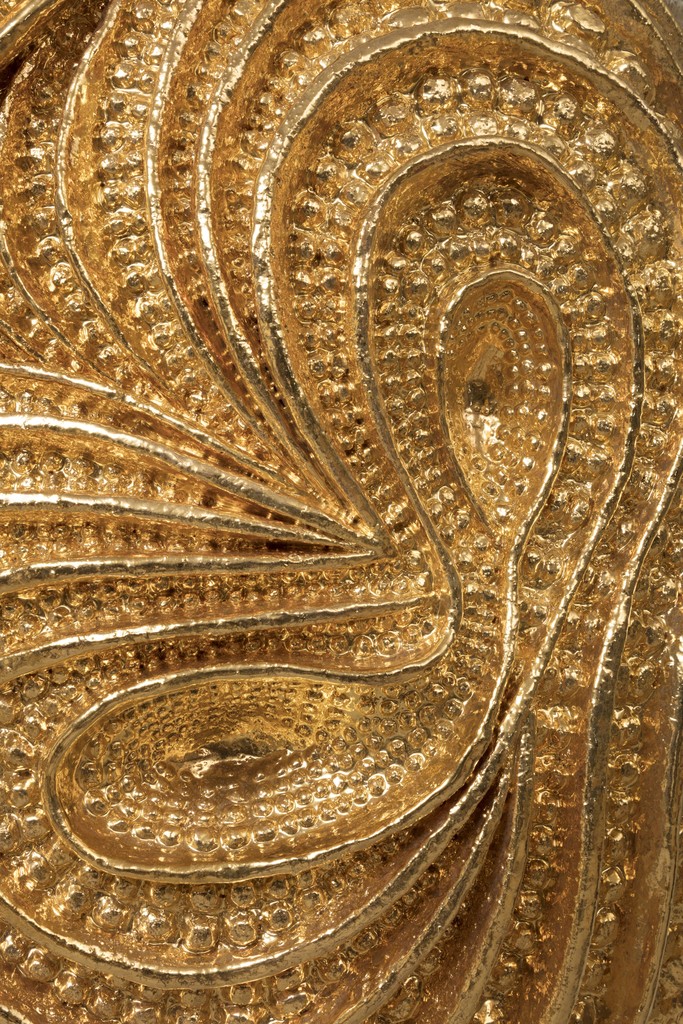 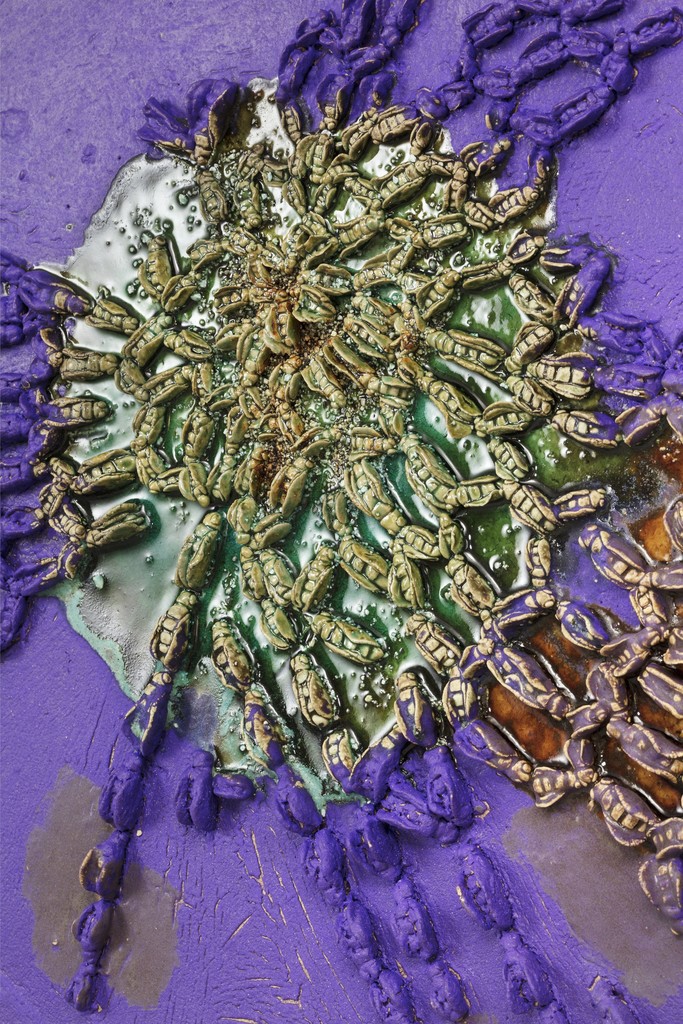 We are pleased to announce the solo exhibition of contemporary artist Johan Creten, titled True Love at Leila Heller Gallery in Dubai. Featuring both established and more recent works by Creten, True Love further explores the themes encompassing the artist’s career, including emphasis on the relationship between humanity and Earth.

Clay is a finely-textured composite material composed of minerals, soil, oxides and organic deposits. As one of the earliest mediums for our prehistoric ancestors, clay served a purpose beyond the aesthetic — forming containers for dry grain, vessels for water; and, hearths which would progress, with time, into rudimentary homes. In mythology, creation stories detail when the gods gave life to clay through breath and fire to create the first people; and, most importantly, clay composed the first tools to define advanced human society.

As his vehicle for artistic expression, Johan Creten does not take the significance of clay lightly. Especially in his practice, clay reaches beyond the context of the applied crafts, — of firing temperatures, finishes, and kilns — adapting, instead, the vocabulary of conceptual art. Across contemporary art history, it is uncommon for artists to attempt representing the utility of clay in their works. Creten, however, does not see this as a challenge, for, as he states, “[I] should, as an artist, have the ability to take an idea from one method of representation and carry it to another means of representation.”

When discussing the title of his show, True Love, Creten underlines what he considers to be the most significant relationships within the motifs of his works, between clay, love, and beauty. He considers the idea of beauty to be the most powerful tool for an artist. It is no easy feat, then, to work with clay as it remains a medium with a historical connotation to laborers and the lower echelons of society. Yet, from this raw, earthen material, Creten finds a conduit for sharing his convictions of what can or should be considered beautiful. Perhaps the most awe-inspiring elements of Creten’s work can be found in either the intense, unimpeded colors of his glazes, or the organic forms of his sculpture.

Throughout the exhibition, Johan Creten displays an uncanny understanding of clay as a medium, further delving into the notion of the omnipotent, formidable force, “the Earth Mother”. As an untraditional medium for contemporary art, Creten’s manipulation of clay to wield his vital messages has resonated with the newest generation of artists, breaking preconceived notions regarding what exactly it can achieve. However, especially in the case of True Love, it is not the tangible work alone but the amalgamation of sculpture-to-title where Creten’s art can be found, such as Why does strange fruit always look so sweet? and La Cathédrale. In this sense, his career recalls a similar relationship between work-and-title from Dutch genre scenes of the past.

With the above noted, the ultimate goal of True Love is to bring into light the lack, and need, of love — for The Mother, life, Earth, the future, and the divine. In essence, Creten produces a spiritual call-to-arms, recalling a time when humanity remained in constant touch with more sacred elements of the universe. It is no coincidence, then, that his works draw inspiration from a juvenile world, of mysticism and primordial imagery, correlating femininity with nature. In the age of intensifying climate change, then, Creten’s works take on a newfound severity to them. Creten accomplishes his goal physically through the manipulation of clay — a medium viewed as “dirty” and “unrefined” — into the surreal modernity of organic formations; abstract in their construction, yet entirely receptive to the transcribing of a contemporary eye.

Where Creten succeeds most is in this visual dialogue towards the practices of artists from the past, implementing previous applications of methods for manipulating raw materials, into the context of today, as mentioned above. Notwithstanding, the same can be said for his handling of subject matter; specifically, in how Creten deifies his concepts into clay idols. By doing so, he transforms a banal medium into an icon to be worshipped today, powerful contextually even now as it might have been for our ancestors who prioritized our bond to the Earth.

Born in Sint-Truiden, Belgium, Johan Creten (1963) has been working on the move for 25 years, from Mexico to Rome, from Miami to Amsterdam. He currently lives in Paris, France. Creten started working with clay from the late 80s, when the medium was still a taboo in the art world. Earth was deemed dirty and damp, while the creator was also seen as an usurper of God, transgressing religious interdicts. Yet, at the same time clay represents “Earth Mother”, linking the sacred to the profane. Creten is one of the earliest exponents of using clay in the context of contemporary art and is considered a precursor alongside Thomas Schütte and Lucio Fontana. As a pioneer in the revival of modern ceramics, Creten continues to influence a generation of young artists today.

He has exhibited, among many other places, at the Louvre Museum, at the Musée Nationale Eugène Delacroix in Paris, the Bass Museum of Art in Miami Beach, the Istanbul Biennale, the Mamco in Geneva and the Middelheimmuseum in Antwerp.
In 1996, he was awarded the Prix de Rome and could stay as resident in the Villa Medici. Between 2004 and 2007 he was visiting artist at the Manufacture nationale de Sèvres.
In 2009, he was nominated for the Flemish Culture Prize.
In 2013, he held the Theodore Randall Chair at the Alfred University, New York State In 2014, he presented a major solo exhibition of monumental bronzes in the sculpture park of the Middelheimmuseum in Antwerp
In 2015, an entire room was dedicated to his pioneering work in the exhibition "CERAMIX" at the Bonnefantenmuseum in Maastricht and La Maison Rouge in Paris, in 2016.
— About Johan Creten excerpt from Perrotin

Since its establishment over three decades ago in New York, Leila Heller Gallery has gained worldwide recognition as a pioneer in promoting creative dialogue and exchange between Western artists and Middle Eastern, Central and Southeast Asian artists. It has garnered a reputation for identifying and cultivating the careers of artists leaving a lasting impact on contemporary art and culture. Currently representing a diverse roster of Western and Middle Eastern artists, the gallery is also active in the American, European and Middle Eastern secondary art markets. In November 2015, Leila Heller Gallery opened its first international location in Dubai’s Alserkal Avenue. At 14,000 square feet, the state-of-the-art gallery features three exhibition spaces, making it the largest gallery in the UAE. Showcasing leading regional and international artists, many of whom will be presenting their work in the Middle East for the first time, the gallery is dedicated to supporting the evolving practice of established artists.