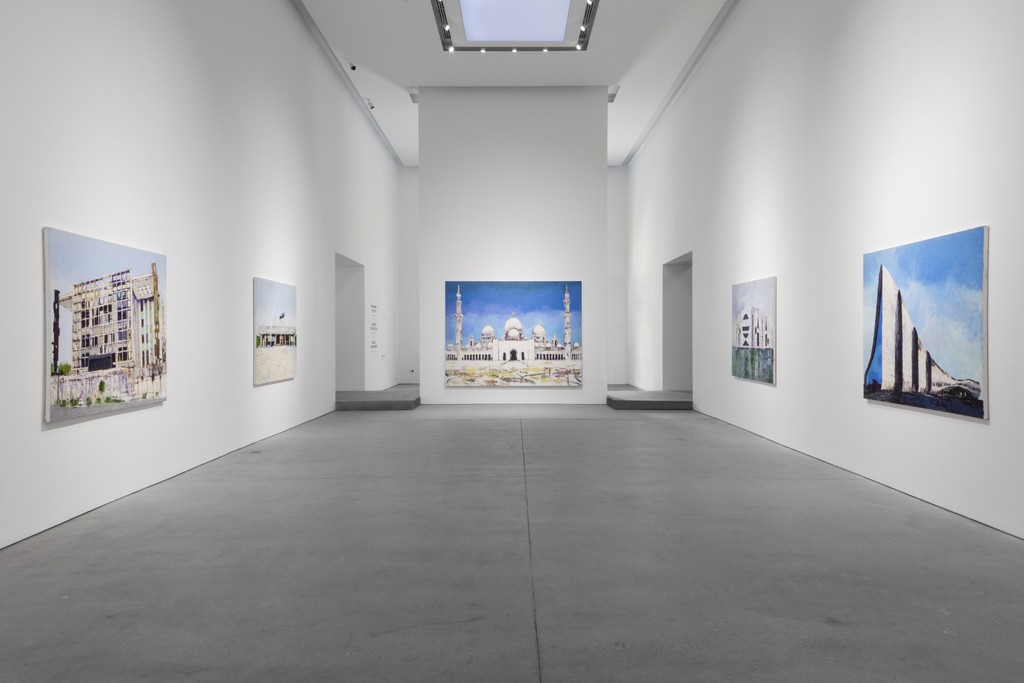 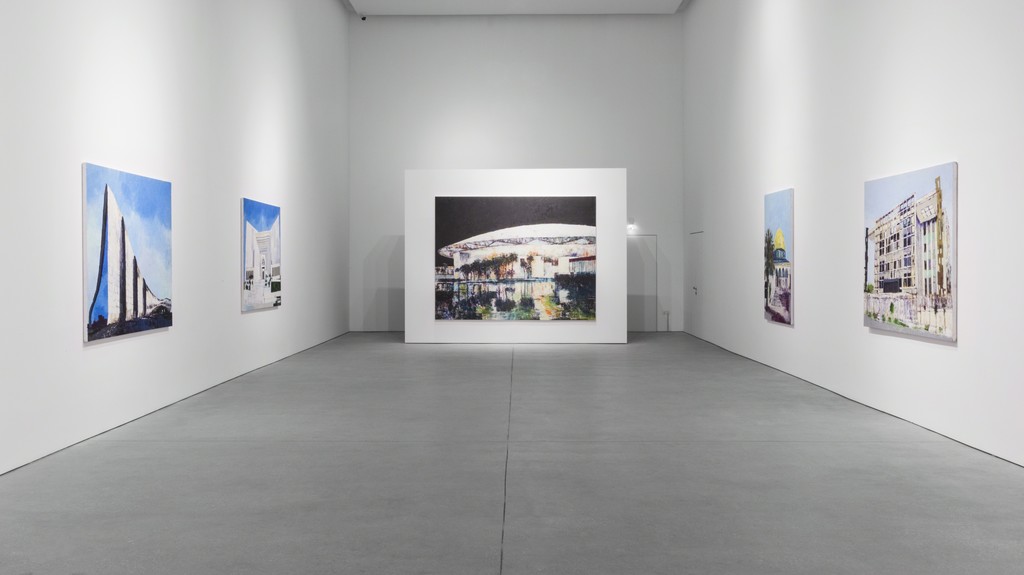 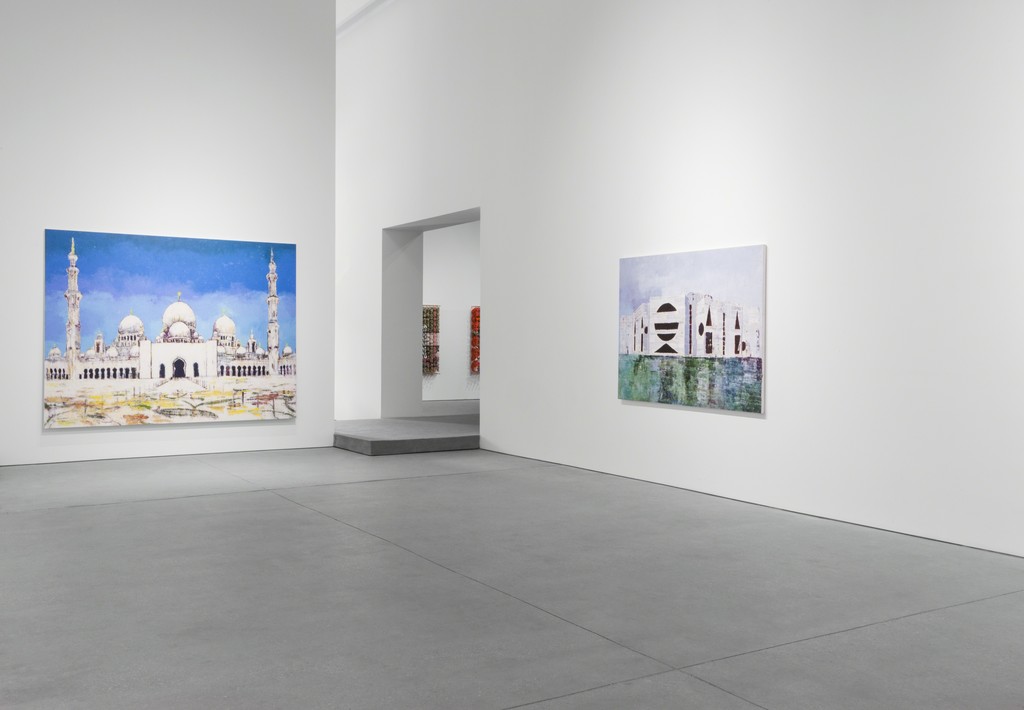 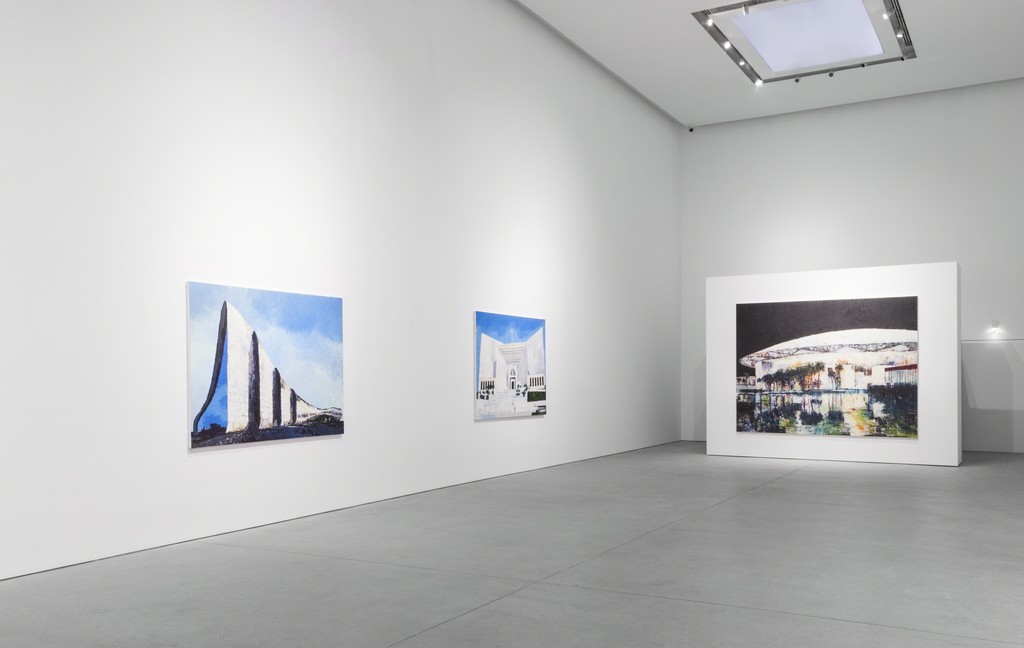 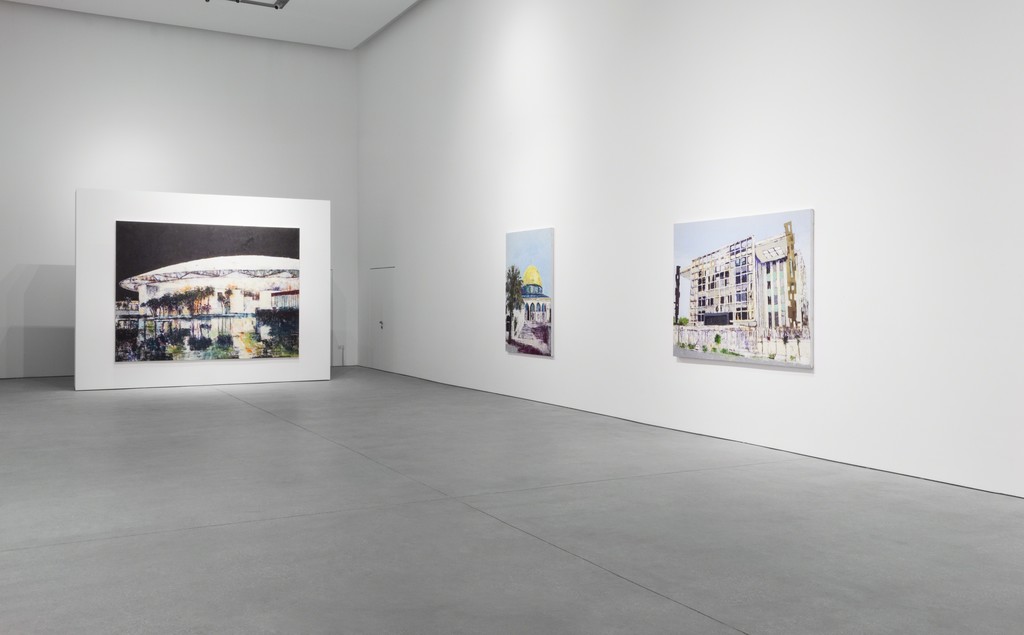 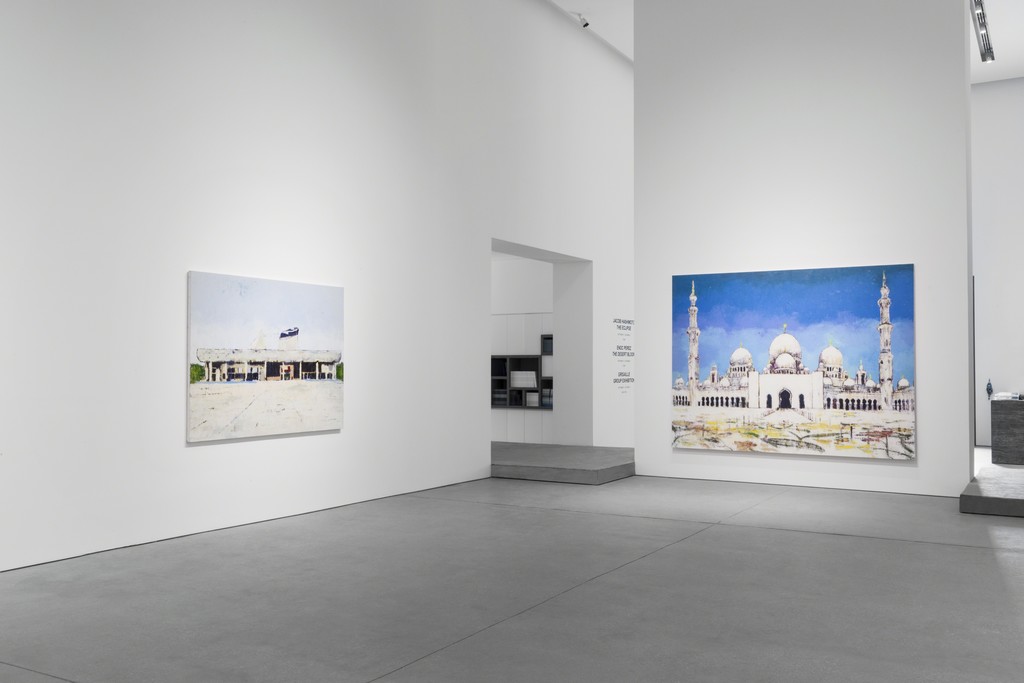 Leila Heller Gallery Dubai is pleased to present a new body of work by American painter Enoc Perez. Famed for this persistent portrayal of the international style in the built environment—landscape in the form of portraiture—modernism in the form of memory—Perez here applies his unique technical evolution of the media of painting and printmaking to the long history of the architecture of the Near East. Turning his gaze to at once the formal contours of the Sheikh Zayed Mosque in Abu Dhabi, to the futurist vaulting parabolas of Zaha Hadid’s Haydar Aliev Cultural Center, and to the 7th century foundational structure foundation to Islam the Dome of the Rock, the painter traces an urban landscape which is both deeply ancient and heroically contemporary—or as Sarah Newman of the Corcoran Gallery in Washington D.C. notes, “as much mental and social as it is physical.”

Born in Puerto Rico and arriving in New York in the twilight of the era of Pop Art’s stark announcement of painting’s dead-end, Perez sought to recuperate the medium through a reversal of Warhol’s mechanistic gesture. Utilizing photographic images as reference points, Perez does not reduce painting to the iteration of the infinitely reproducible image, but rather renders the process of printmaking into the expressive and deaccelerated painterly gesture. Perez constructs, building each image up in layers of saturated pigment, finished by hand, as what he deems “printed paintings.” As Newman concludes, “as much as Perez’s works investigate place, they invite us to consider the faltering condition and enduring seductions of painting in contemporary life.”

Surpassing both painting and its death, Perez replaces the mechanistic with the emotive, investing each image with the visceral longing at the heart of Modernist architecture or colonial structures, both of which have occupied a central place in his previous bodies of work. The perception of desire in Perez’s practice is not accidental; his first portrayal of a building was also a portrait of a woman. “The first building that I made was in early 2001, a painting of the Normandie Hotel. I made that painting because I had just met this beautiful woman who was just married at the time, I wanted to make a show about her so I had to make the show in code because of her status… Carole is today my wife and mother of my children.” Perez’s printed paintings began as love letters. For this exhibition in Dubai, the artist addresses his images to a region whose sense of both past and future exceed those of the contemporary west; what is revealed are envois embedded with history, ambition, and desire—preludes of what’s to come.