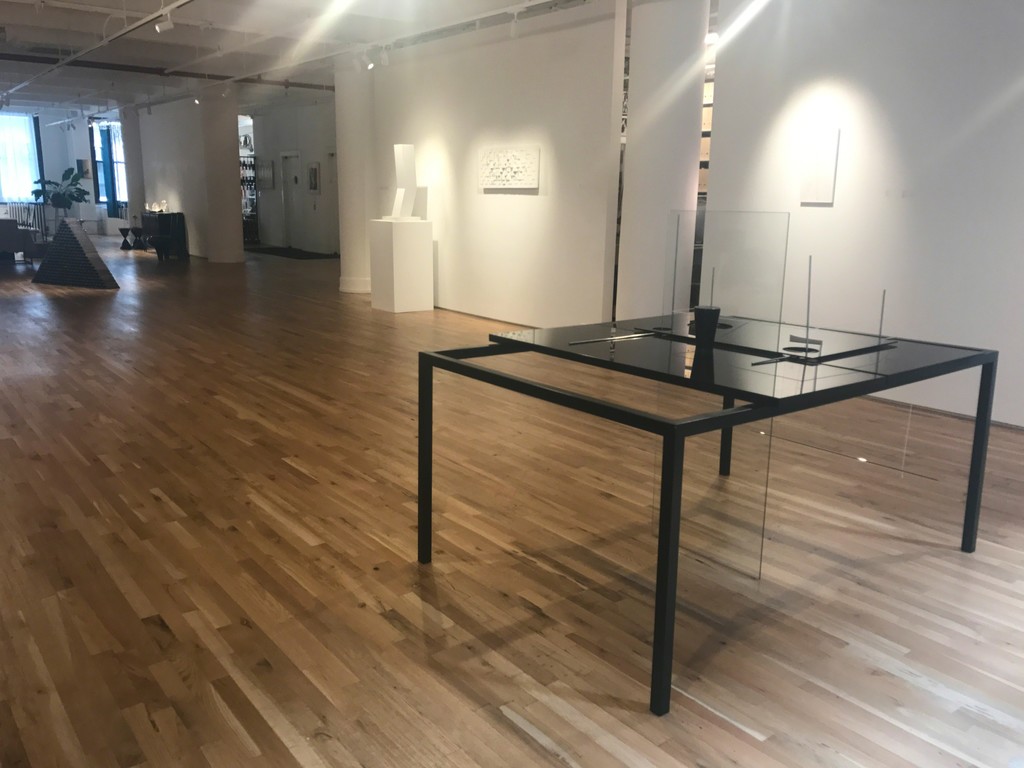 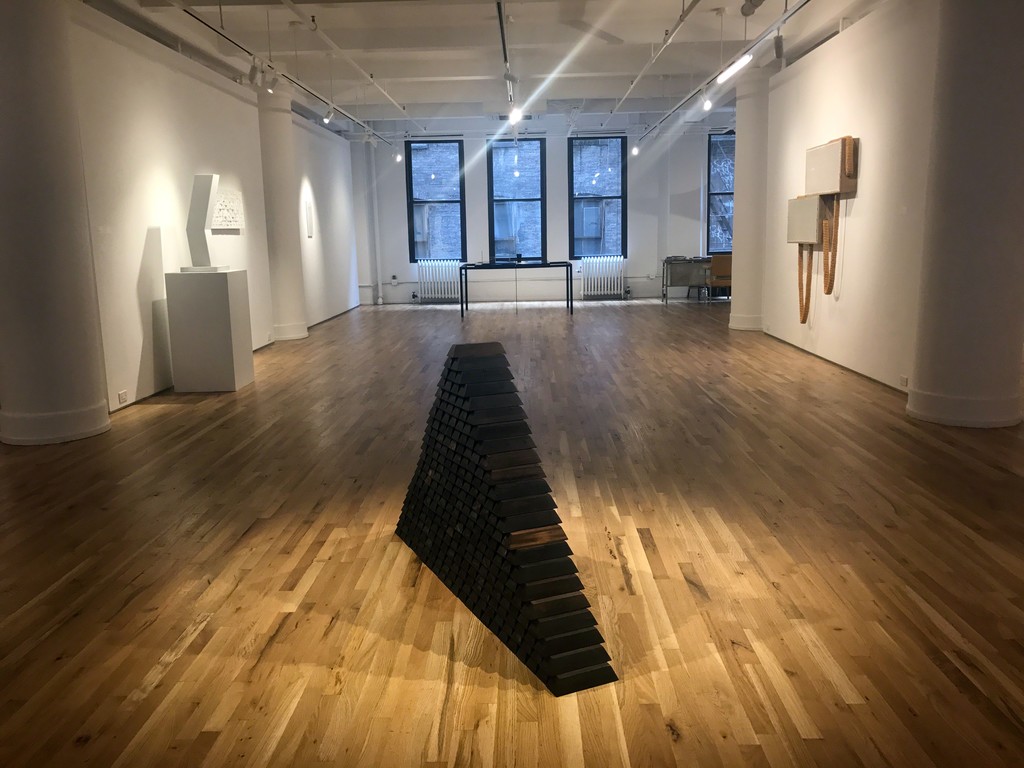 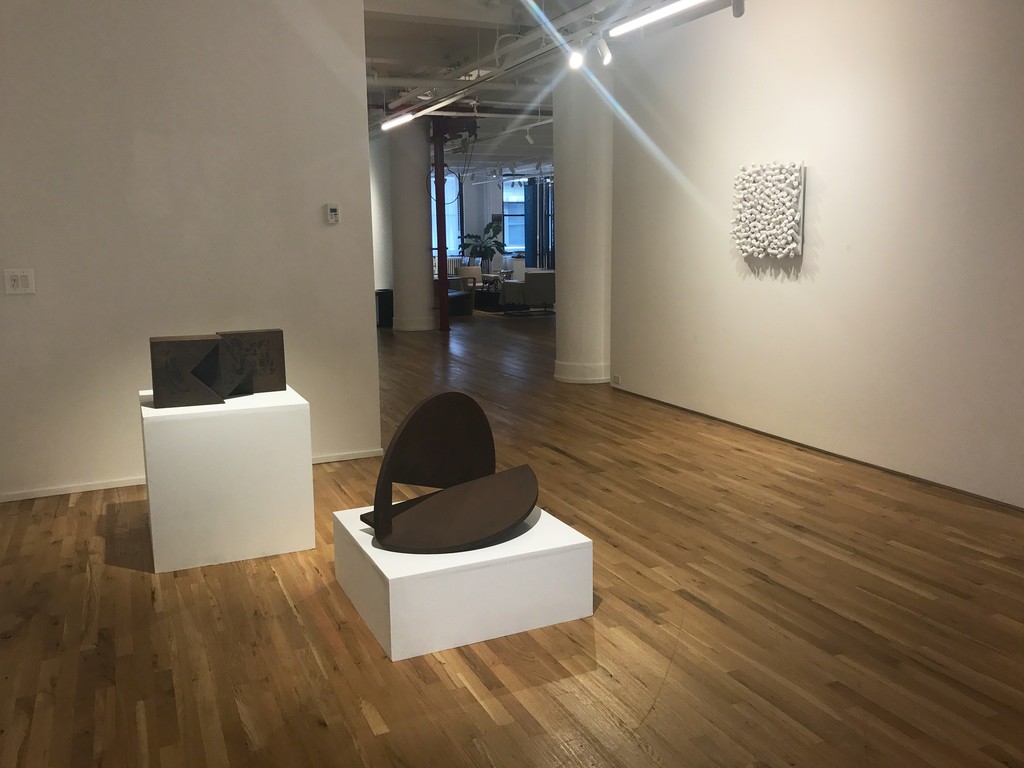 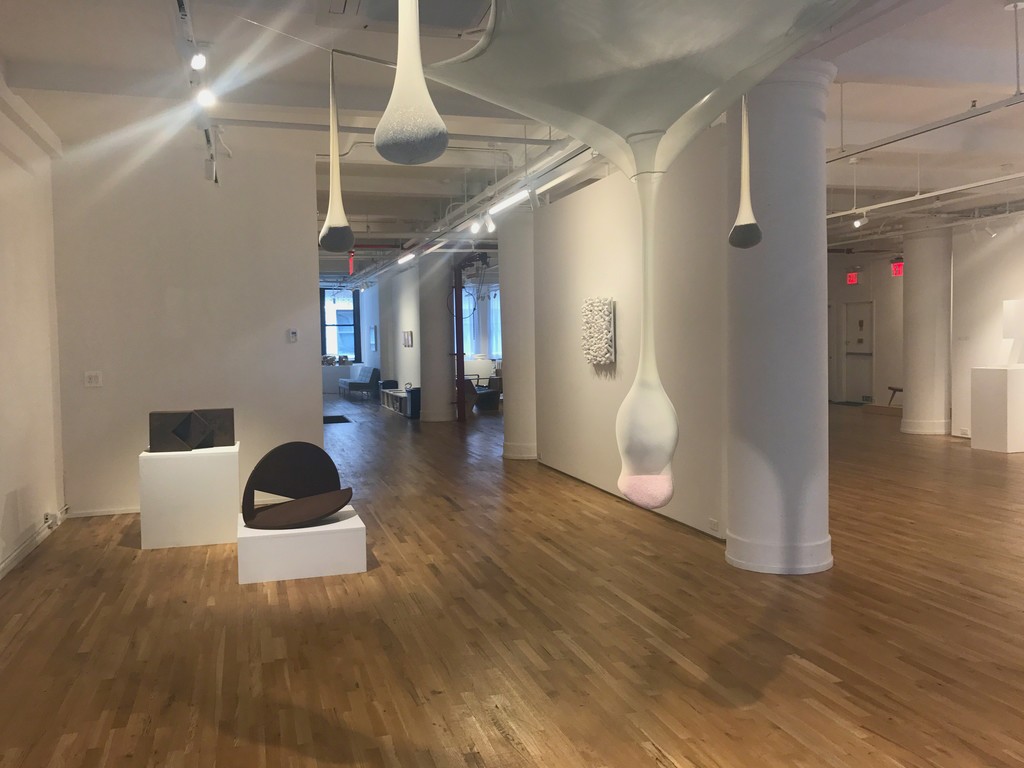 Leon Tovar Gallery is pleased to announce its “Brazil” exhibition, on view from July 13t h through August 25t h at our gallery located at 152 west 25th street, 3rd floor. A multi-generational survey of Brazilian abstraction, the exhibition reflects the variety of artistic production in the country over the last half century, bringing together stalwarts of the mid-century avant-garde, younger internationally recognized artists, and those who are yet to receive significant attention outside of the South American context. Featured in the exhibition are works by Saint Clair Cemin, Sergio de Camargo, Valeska Soares, Amílcar de Castro , Ernesto Neto, Janaina Tschäpe, José Damasceno, José Resende , Waltercio Caldas, José Bento, João Galvão , Abraham Palatnik, and Mira Schendel.
The art historical context for the works on view may be traced to the solidification of a split between two conceptions of Concrete abstraction, one embodied in the work of Grupo Ruptura based in S ã o Paulo, the other by Grupo Frente of Rio de Janeiro. If Concrete art was defined by its lack of subjective expression, autonomy from the realm of lived experience, and geometric abstraction, then the difference between the two groups begins to come to the fore when Grupo Ruptura “criticized the Frente artists for their lack of structural rigor and for allowing lyrical expression to contaminate their Concrete art” (Fernando Castro R. “Hélio Oiticica: Museum of Fine Arts, Houston.” ArtNexus. No 64. 2007).
The introduction of subjectivity,
expression, and viewer participation
for the purpose of closing the gap
between art and life came to be the
hallmarks of Neo-concrete art, first
articulated in the “Neo-concrete
Manifesto,” which was published by
the poet Ferreira Gullar in 1959. The
group included the likes of Lygia
Clark, Hélio Oiticica, and Amílcar de
Castro . While the influence of this movement may be seen filtering through the generations – a latent force within the work of Ernesto Neto, for example – we must also remain cognizant of the diverse ways abstraction was formulated in the Brazilian context, whether through the eclecticism of Cemin, the forest explorations of Bento, or the preoccupations with volume and mass found in de Camargo and Galvão . Evidence to this point is visible throughout the exhibition.
A consistent thread that weaves together many of the works on view is the activation of negative space, as well as the fluid interplay between interior and exterior, void and mass. The “cut and fold” technique of de Castro’s Untitled (CDR-19) allows the surrounding space to invade the interior of the sculpture, while Janaina Tschäpe projects onto the external landscape her internal, subjective experience and memories, problematizing the border between the two. Inverting the idea that negative space necessarily entails an absence are the practices of Mira Schendel, whose ghostly Monotipias reveal the void as a generative site, Waltercio Caldas, who understands space as sculptural material, and Ernesto Neto, who proclaims that space is never empty. Sergio de Camargo and João Galvão impart a materiality to shadow while dissolving mass into light, and Valeska Soares’s Intervals VII build form through the voids of unmarked labels. What is the positive space in Soares’s collage, structured as it is by repeated modules of adhesive labels, but a congealment of absences – an accumulation of white fields outlined in red?. Indeed, Soares’s larger body of work engages the realm of memory and absence, associations that are also relevant for the impressions of the absent body in Schendel’s Monotipias , and the absent forest that provides José Bento with the material for his “gold” bars.