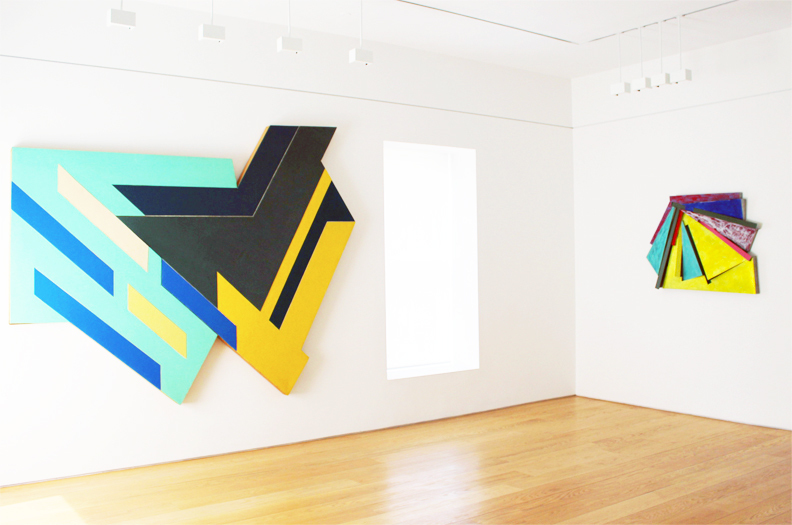 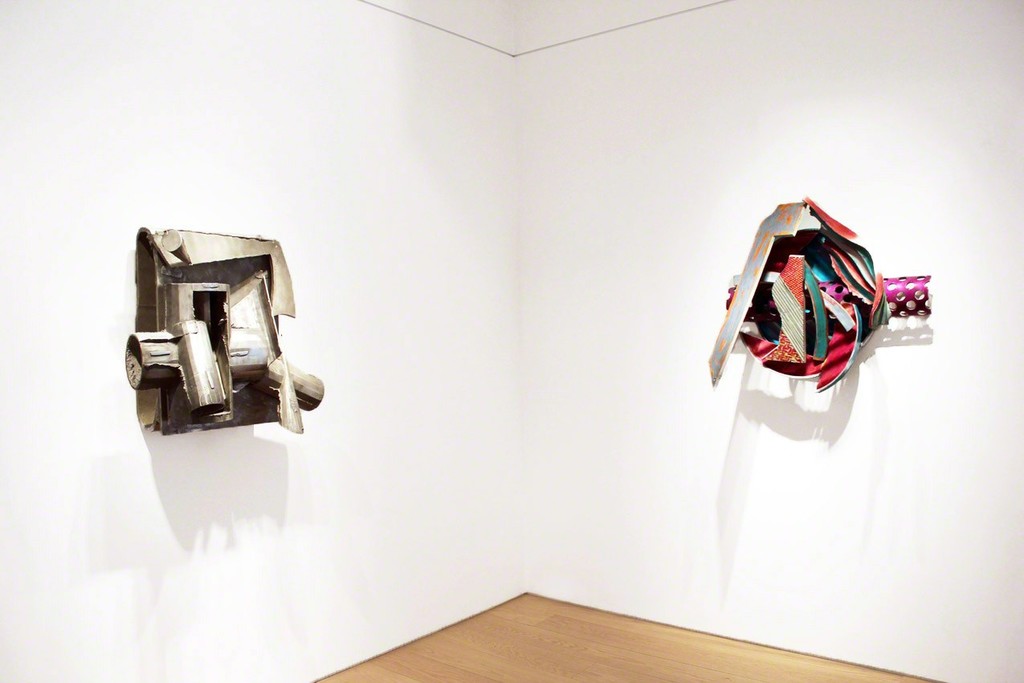 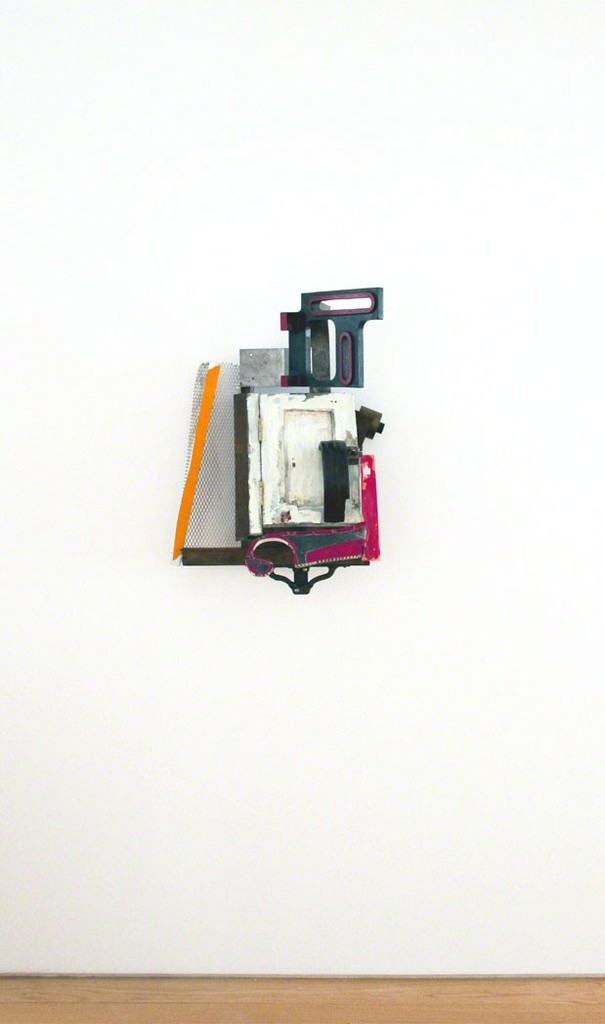 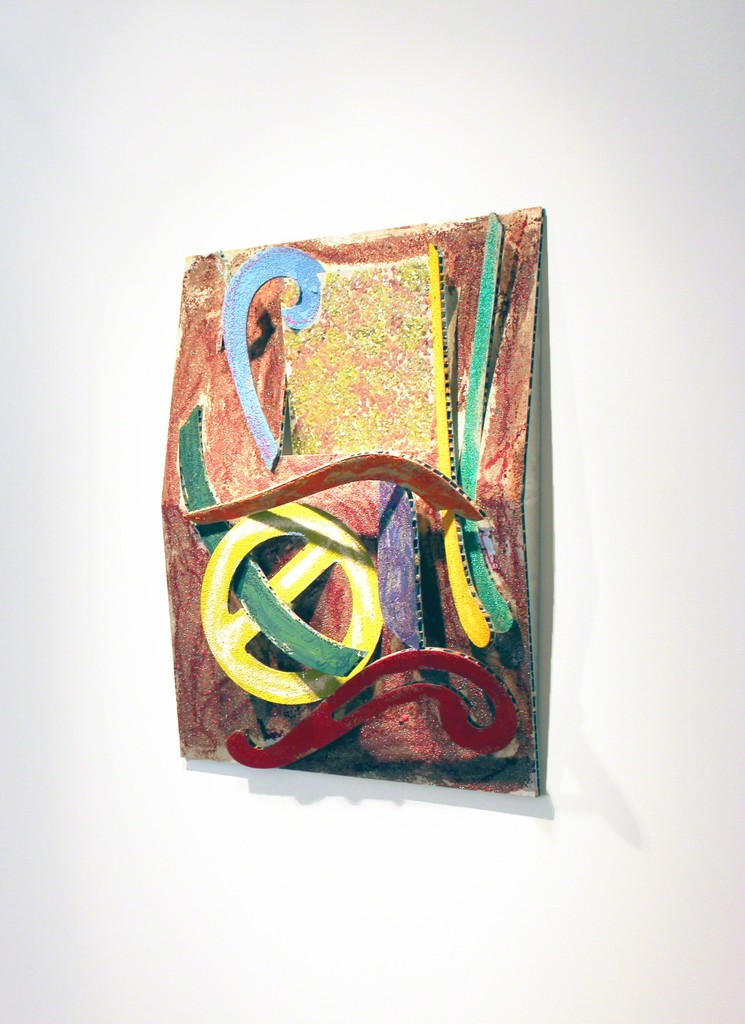 This exhibition will explore the artists’ departure from flat, freehand drawings towards a more mechanical interpretation of irregular curves such as those used by engineers and architectural draftsmen.

Included in this exhibition is Bogoria I (1971), a large rare collage on canvas from the Polish Village series. The flat surface of this collage is broken into discrete fields, each distinguished by color and surface material: felt, cloth, and painted acrylic. These elements have been mounted onto corrugated cardboard, which was then mounted onto a wooden support. Named after a series of 17th, 18th and 19th century wooden synagogues destroyed by the Nazis, the Polish Village series demonstrates Stella’s increased interest in contemporary links to Cubism and Constructivism.

Also included in this exhibition is Talladega (1980-81) on aluminum from the Circuit series. This series merges painting and sculpture into brightly colored three-dimensional constructions of linear elements evoking the curves and speed of winding racetracks. Named after cities known for automobile races, this series follows a more open and free-form approach extending outward and occupying more of the viewer’s space than in the previous Brazilian and Exotic Bird series, also on view.

In addition, the exhibition will include prints and drawings from the Star of Persia, V, Sinjerli Variations and the Had Gadya series.