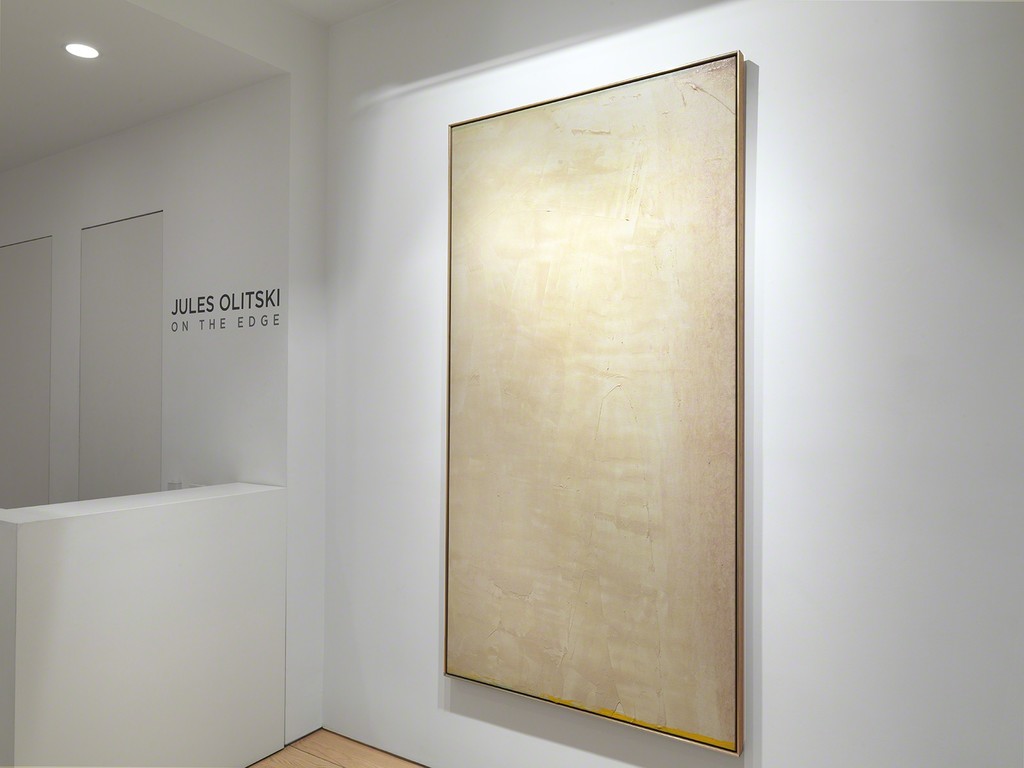 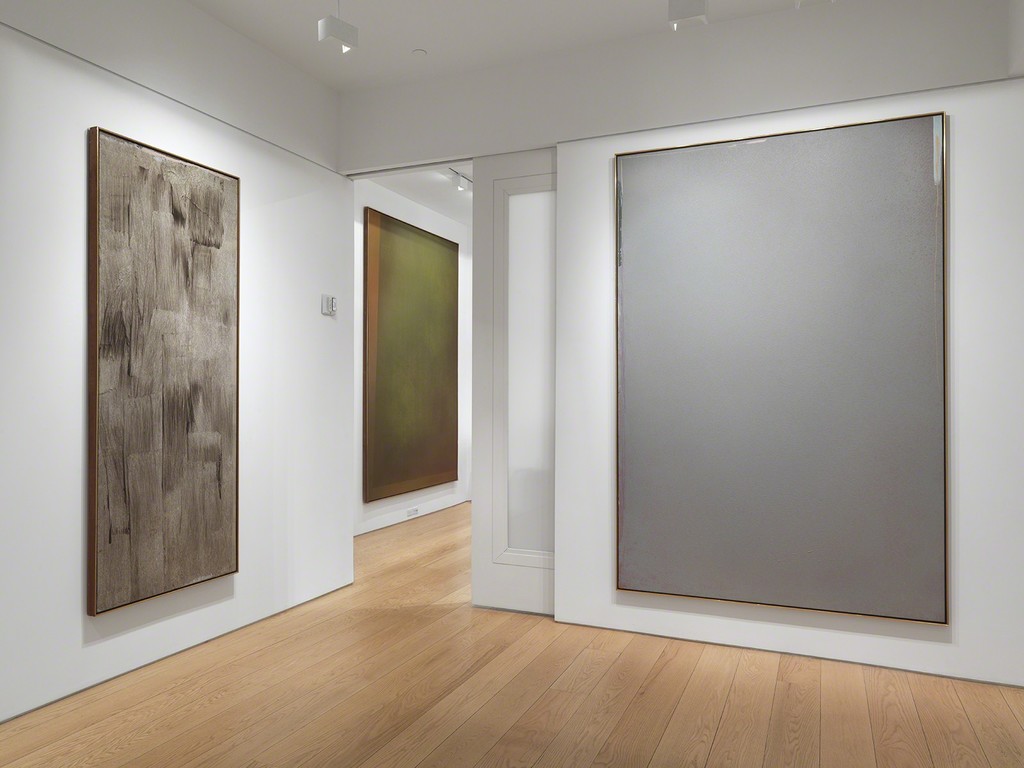 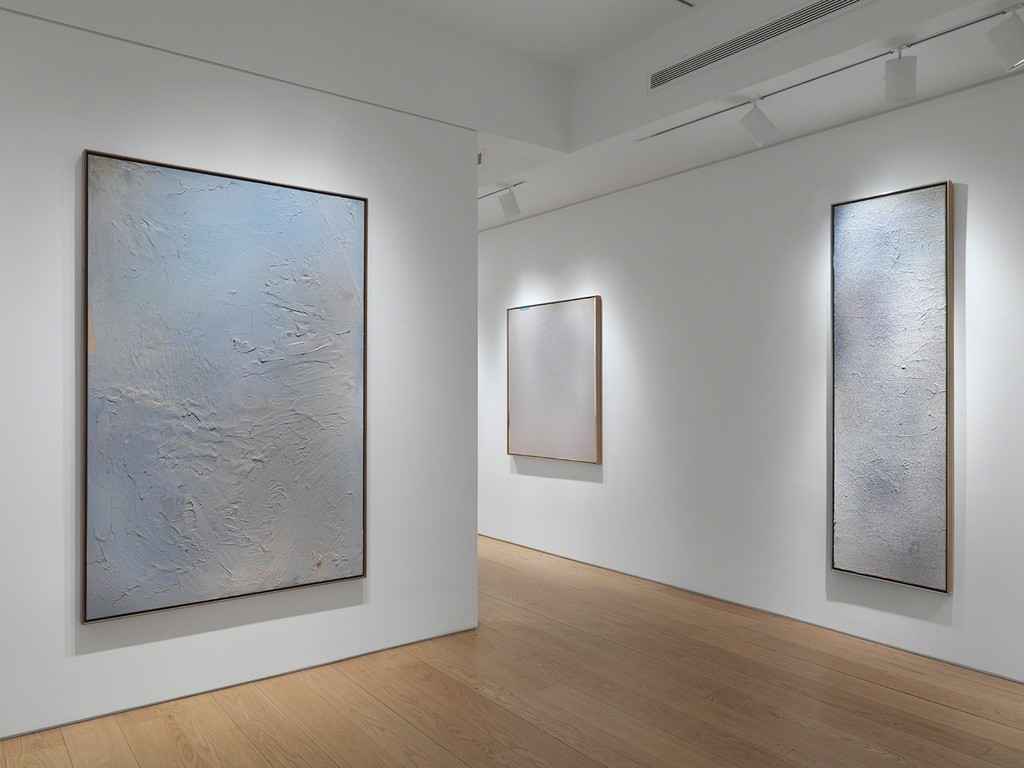 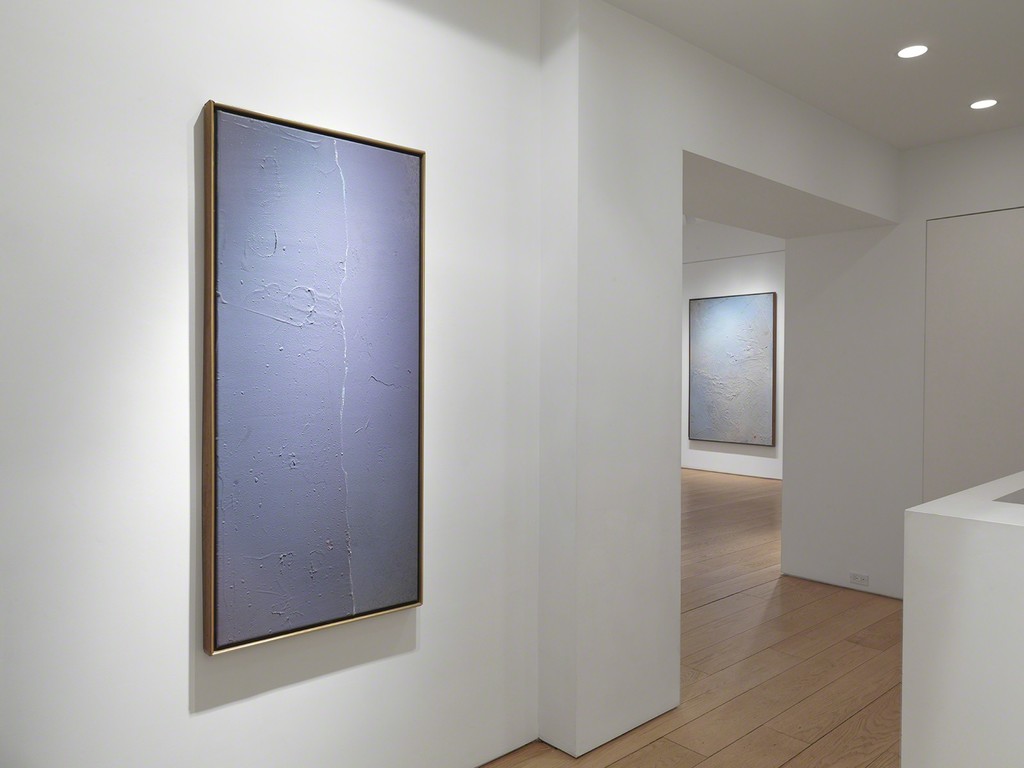 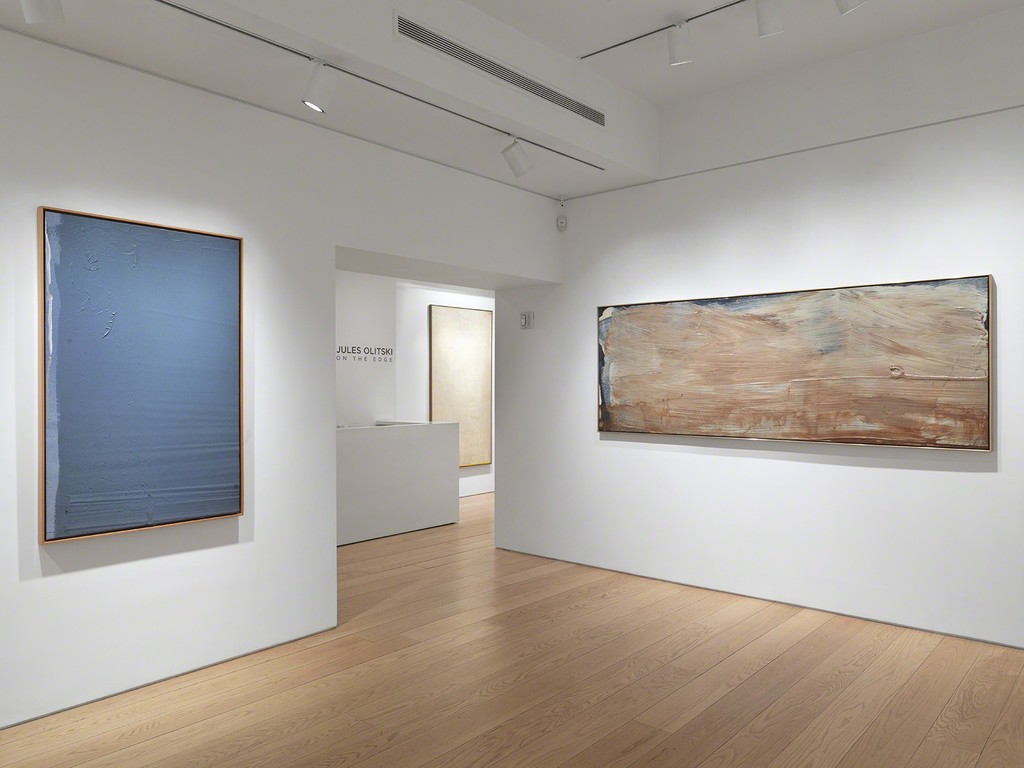 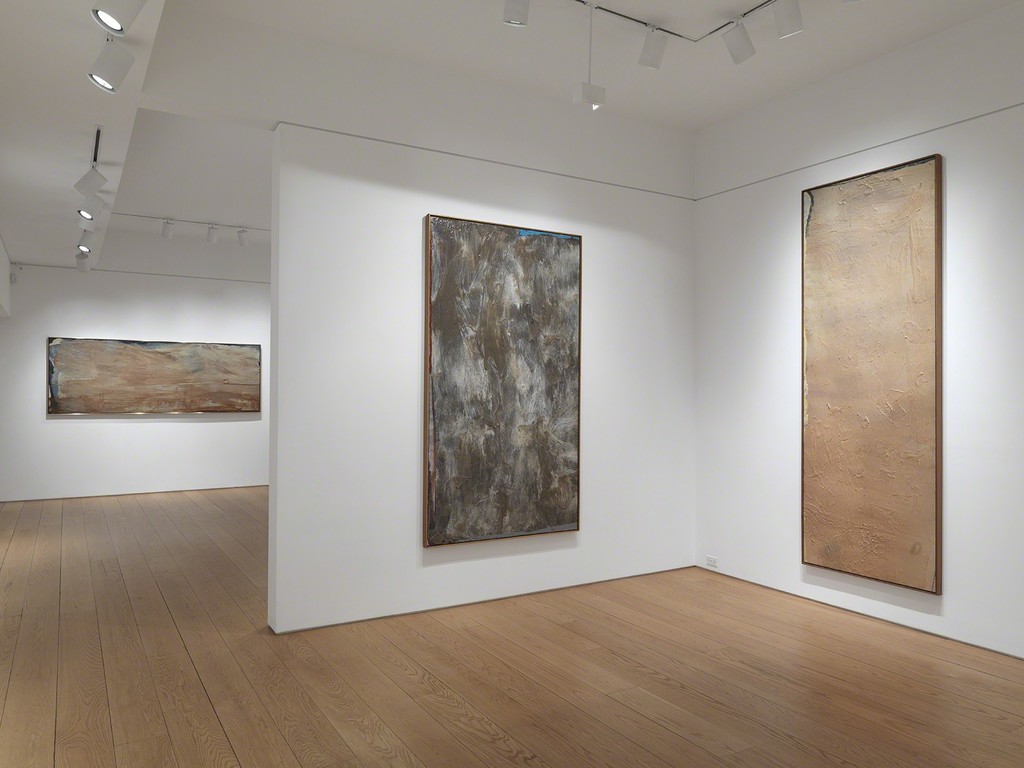 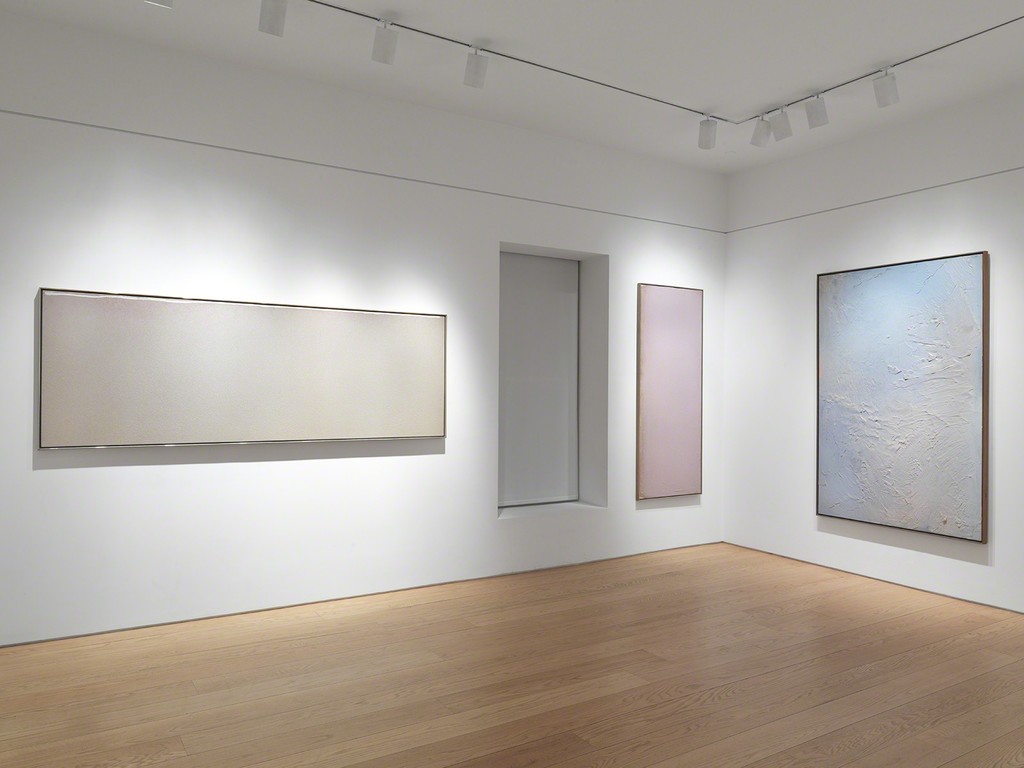 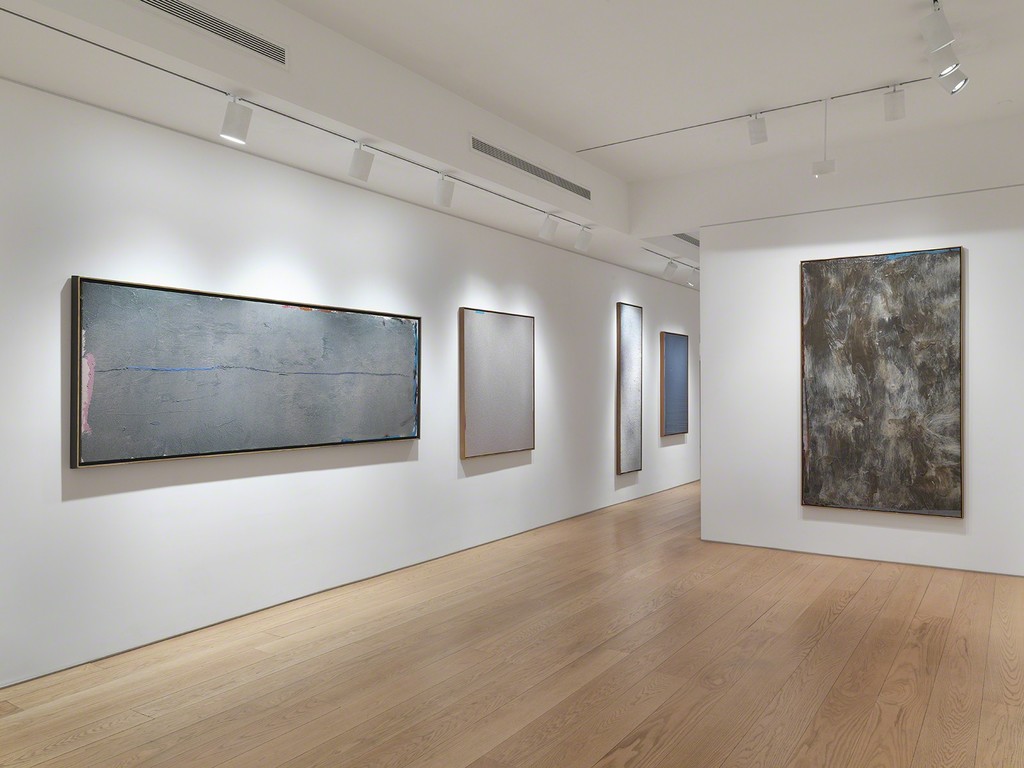 A selection of paintings by Jules Olitski from 1970 to 1980 will be on view from Nov. 5, 2015 - Jan. 16, 2016 at Leslie Feely Gallery.
This exhibition will explore the artist's continued investigation of light and color through varying painting techniques, processes and materials.
Dubbed the Baroque paintings, the artist pursued this exploration with new instruments such as paint guns, acrylic gels, brooms, squeegees and
sponges. Departing from the stain paintings of the 1960s, Olitski's canvases of the 1970s feature lush surfaces in inspired compositions.
The artist points out, "I was trying to extend Rembrandt's use of flowing paint, his chiaroscuro, and just as much, his impasto into modern painting."
Influenced by the work of the Old Masters of the Renaissance, the Baroque and the Dutch Golden Age, Olitski's raised, bas-relief surfaces explore
a dimensional quality in modern abstraction.
On view is the seminal, Hyksos Factor III, 1975, which recalls Pablo Picasso's Nude Woman, 1910 in surface, illumination and dimensionality.
Painted in four separate steps, Olitski began by rolling a grey color onto the canvas leaving an irregular overall texture. This ground was then
sculpted with a transparent glaze or gel to reinforce the surface. Next, Olitski squeezed across the surface a black pigment in medium before
applying another transparent medium with a squeegee, manipulating the black vertical strokes. The result is a lustrous balance of shifts from light to
dark suspended above the grisaille canvas.
Also included in the exhibition is Cythera-2, 1977 evocative of Jean-Antoine Watteau's, The Embarkation for Cythera, 1717. Olitski's title is a
reference to the island Kythira (Cythera) considered to be the birthplace of Aphrodite, the goddess of love. Here, the artist introduces abstract forms
in a delicate wash of pastel blue and yellow atop an undulating surface.
Jules Olitski was born in Snovsk, Soviet Russia in 1922. His work is included in many collections world-wide, including: the Solomon
R. Guggenheim Museum, New York, NY; the Hirshhorn Museum and Sculpture Garden, Washington, DC; the Nelson-Atkins Museum of Art, Kansas
City, MO; Museum of Contemporary Art, Los Angeles, CA; Museum of Fine Arts, Boston, MA; Museum of Modern Art, New York, NY; Tate Modern,
London. In 1966, Olitski was selected as one of four artist to represent the United States in the Venice Biennale and became the first living
American artist to have a solo exhibition at the Metropolitan Museum of Art, NY in 1969. In 2011, the gallery staged an exhibition of Jules Olitiski
and Anthony Caro: Marking Art as Naked as Possible. Jules Olitski died in New York in 2007.