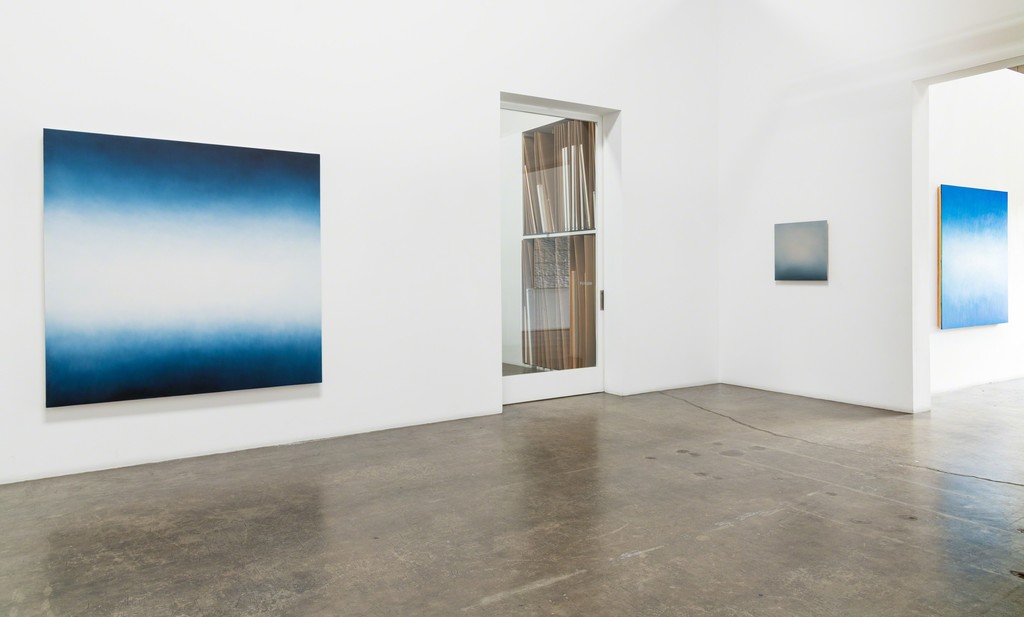 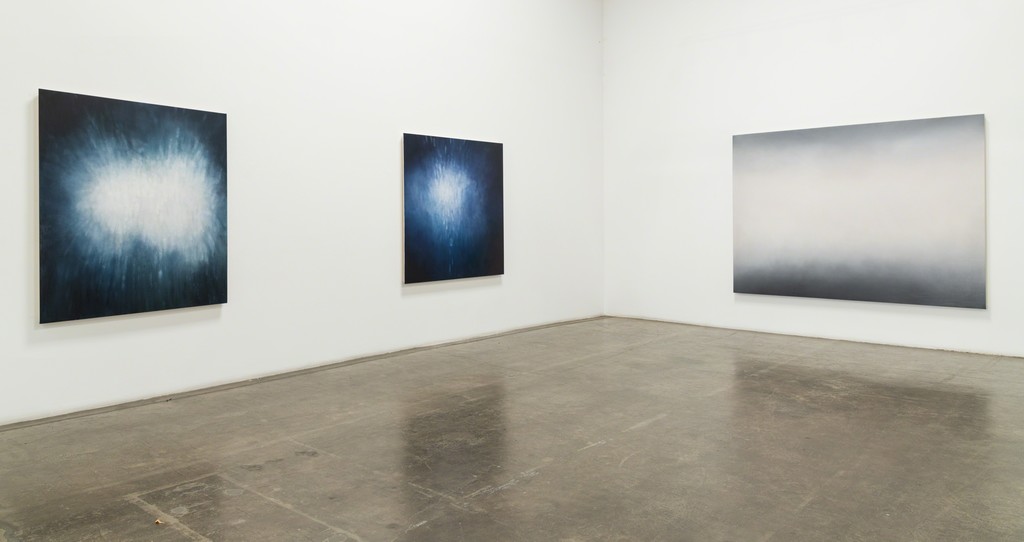 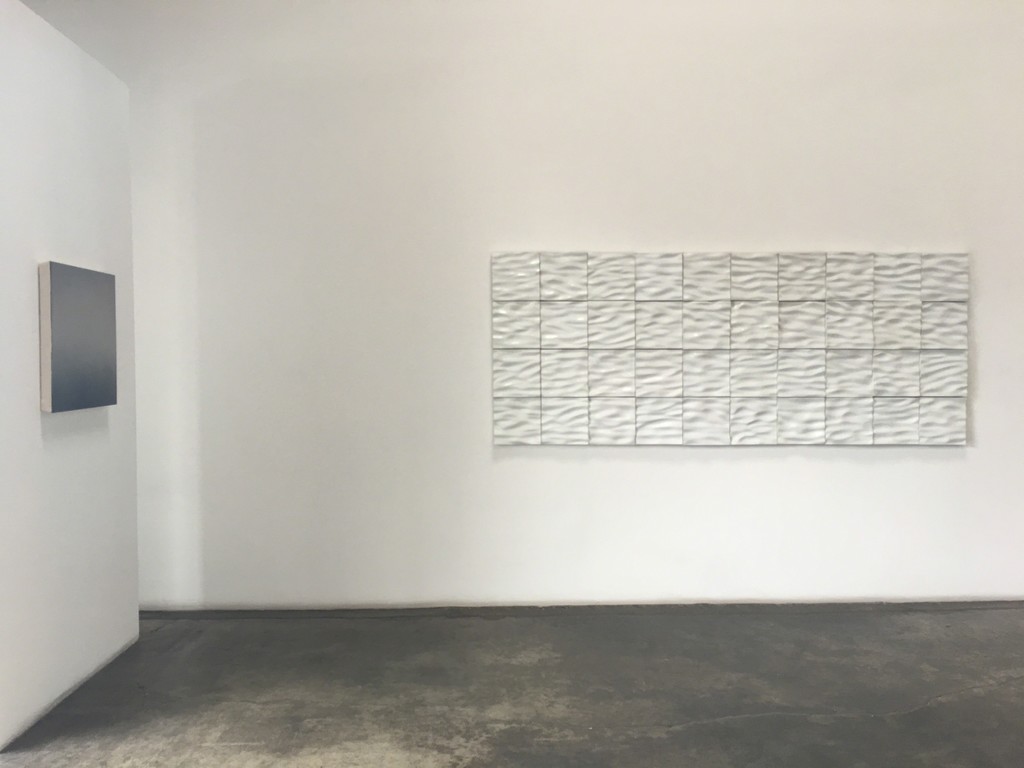 Leslie Sacks Gallery is pleased to present Alex Weinstein a few singles and one greatest hit featuring recent paintings by the Los Angeles based artist alongside an early swell model relief sculpture. The paintings in this exhibition are not from a particular body of work or a solitary investigation. They are more like singles, stand-alone compositions expressive of ideas and practices that matter to the artist emotionally and aesthetically. The canvases are autobiographical and intended to be shared, even completed upon viewing, then becoming both complicit and emotive objects. This material is a snapshot of the evolution of Weinstein’s output over the last decade.

Alex Weinstein explores the idea of ambiguous space and minimalism. His luminous oil painting abstractions are absent of superfluous meaning and metaphor. The sparseness and simplicity of his paintings, generally in large-scale, create a sensory all-consuming experience. Weinstein’s paintings are evocative and immersive in a kind of otherworldliness, all the while moving into an abyss of pure abstraction. The new work is an extension of his recent Burst painting series. After a year of being wholly absorbed in his home renovation, which quite literally depleted all of his energies, he returned to the studio for a much-needed respite. With no thematic obligation, the work became looser, freer and more dynamic than ever. The surfaces are less precious with the oil paint dripping freely down the canvas and the gestures applied more frenetically, unrestrained.

Also on view is one of Weinstein’s “greatest hits”--a singular and seminal sculptural work from 2006 titled Moby Dick (also known as, The White Whale). The glassy, all-white resin and acrylic sculpture comprising forty 11 x 11 inch panels measures over 9 feet wide. The overall effect of this monumental relief leaves an indelible impression. It nods to the Southern California Finish Fetish movement of the 1960s and 1970s, while continuing the artist’s exploration of light, movement and the ever-changing, illusive nature of the ocean. The horizontal and undulating configuration suggests the surface of the sea and its cartographical geometry while the title pays homage to the mighty Herman Melville novel that Weinstein, an avid surfer, reveres. The disjointed arrangement of panels interrupts the flow and harmony and cues more subtly to the portioned tissue not only of the sea, but also of the namesake of the beast that may have inhabited it.

Alex Weinstein studied at Brown University and trained at the Rhode Island School of Design. Living briefly in New York City, Weinstein worked as an illustrator before moving to Brittany, France. There, Weinstein dedicated himself to painting and concurrently opened a small gallery, Swell, hosting American artists from the renowned Pont Aven School of Art. In 1997, he moved to Venice, California. Entranced by the skyline of the Pacific Ocean and a surfer’s relationship with the water, Weinstein saw the pastoral landscapes he had painted in the North of France morph into seascapes. Weinstein’s work has been exhibited internationally and is held in esteemed private and public collections worldwide, including the permanent collection of the Laguna Art Museum, Laguna Beach, California.