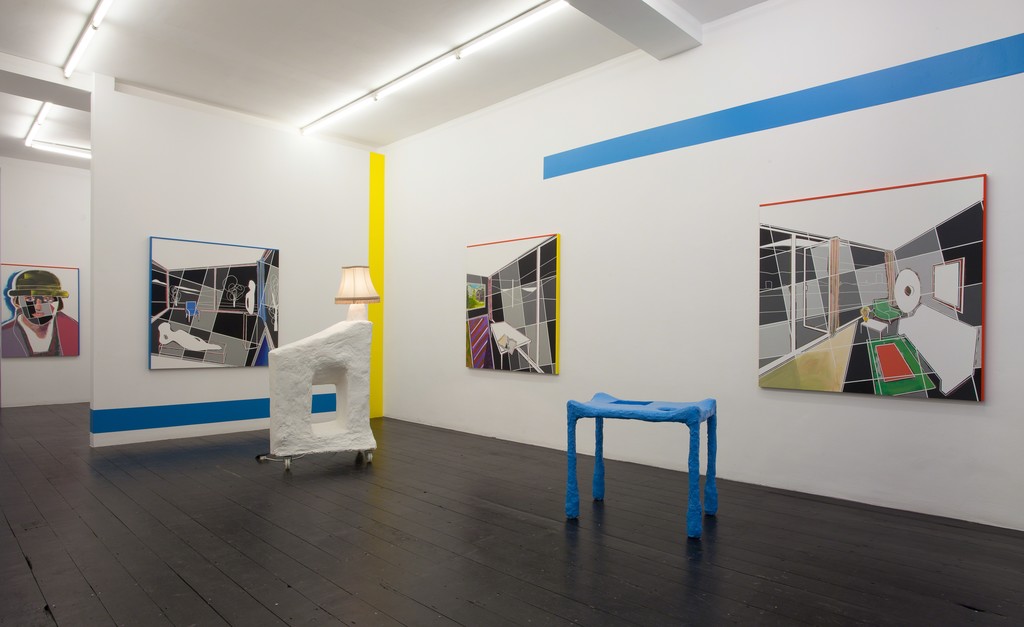 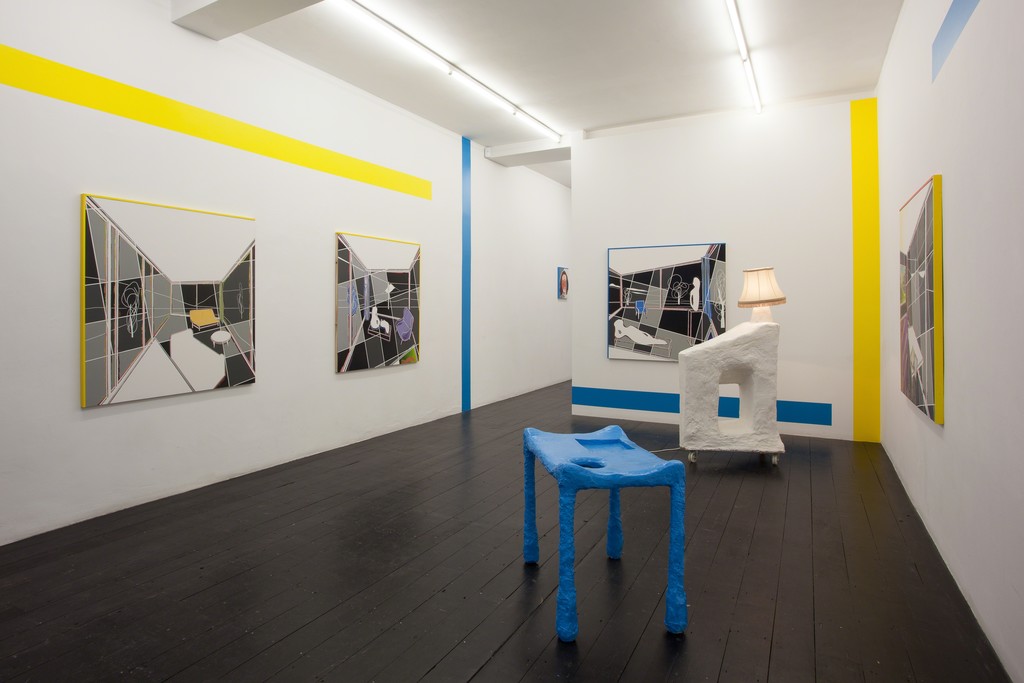 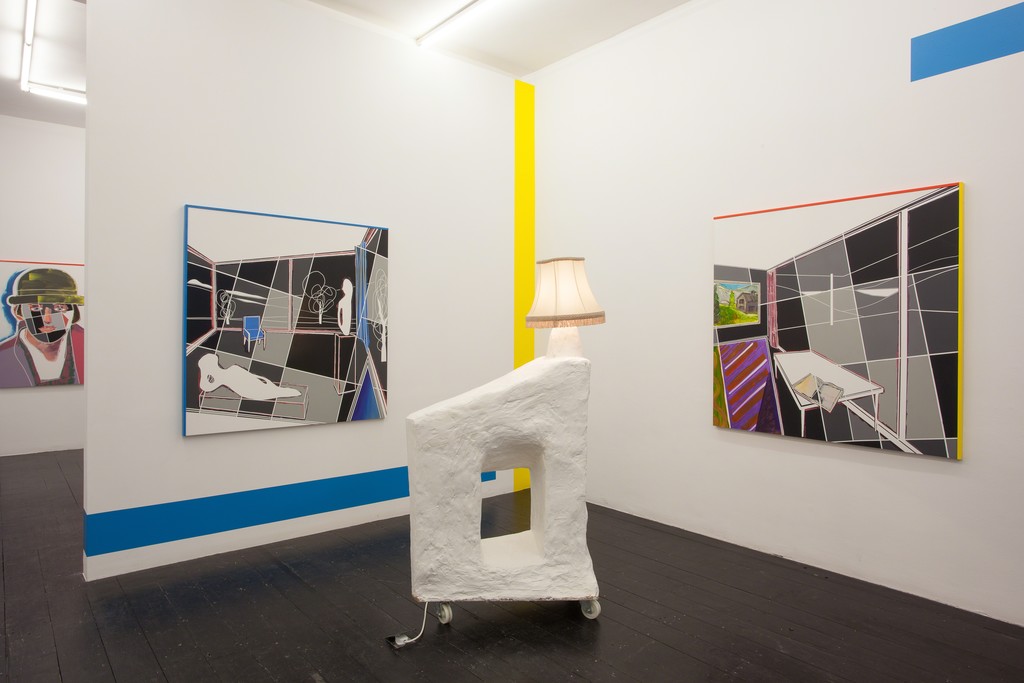 For his first exhibition at l’étrangère, White will treat the spaces of the gallery as subjects to be reinterpreted; the homogenous model of the white cube is reformed via signifiers of a familiar, domestic interior. On entering the gallery a constructed environment comprising painting, sculpture and vinyl installation draws the viewer into a re-configuration of the relationship between gallery, artwork and spectator, one that gestures towards an interior design logic.

A new group of paintings which lend the exhibition its title present a series of imagined interior spaces with plate glass windows as their main point of focus. The tension between transparency and obscuration that is embedded within the material of glass connects to White’s distorting of the rectilinear, modernist grid within these works. As Le Corbusier wrote in 1925: ‘The horizontal gaze leads far away…we will get the feeling of being look outs dominating a world in order’. Through layering, erratic contours and warped perspective, White destabilises the fixed, hierarchical perspective and ordered geometry promulgated by modernism, which according to the artist, is as much about individual power as it is about a set of prescribed aesthetics.

For White, the viewer lies at the centre of the pull between private spaces and those of art. The partial framing of his canvases combined with the vinyl installation throughout the gallery suggests an extension of his painted image beyond its restrictive frame. Moreover, the traces of design embedded within familiar domestic furnishings are adopted by White in the production of his sculptures; they occupy the physical space of the gallery as a set of awkward interventions.

In the back gallery we encounter a series of portraits featuring overlooked or forgotten women from modernist history placed next to a large, dystopic depiction of a modernist edifice. Titled Personification of an Ideal, the portraits hold an unsettling duality: the directness of their gaze is undermined by the grid that covers and structures their facial composition. Distorted by an imposed power, these works not only reveal an unsettling reality beneath the utopian rhetoric of modernism, but they reveal the rendition of control that it enacts.