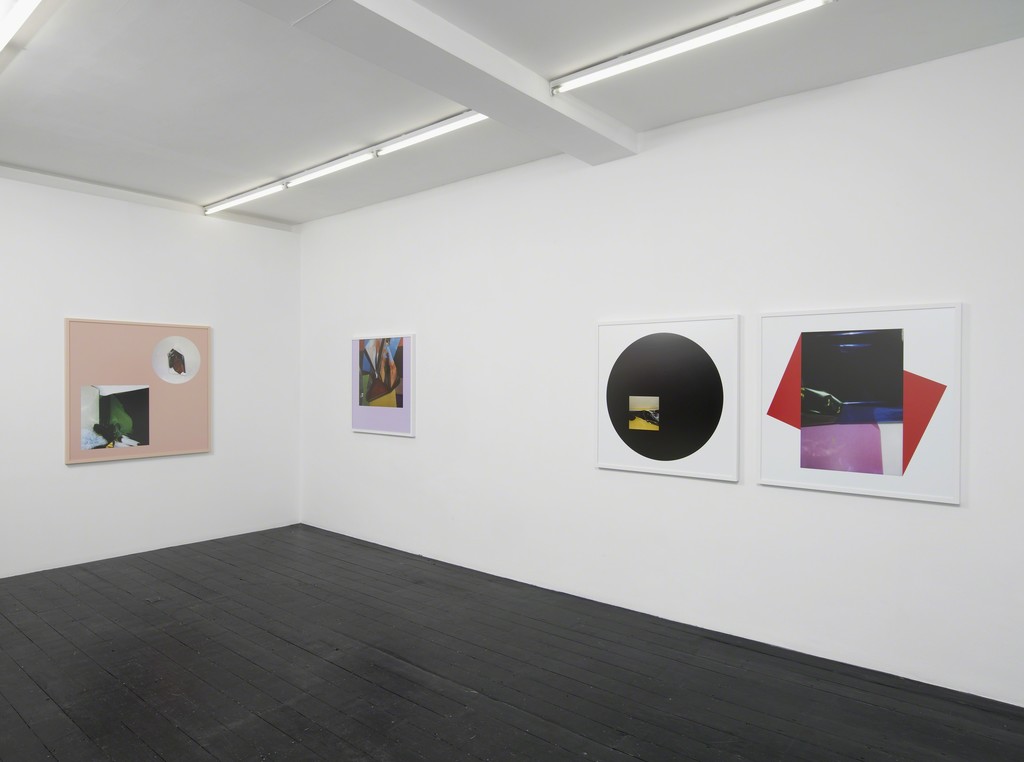 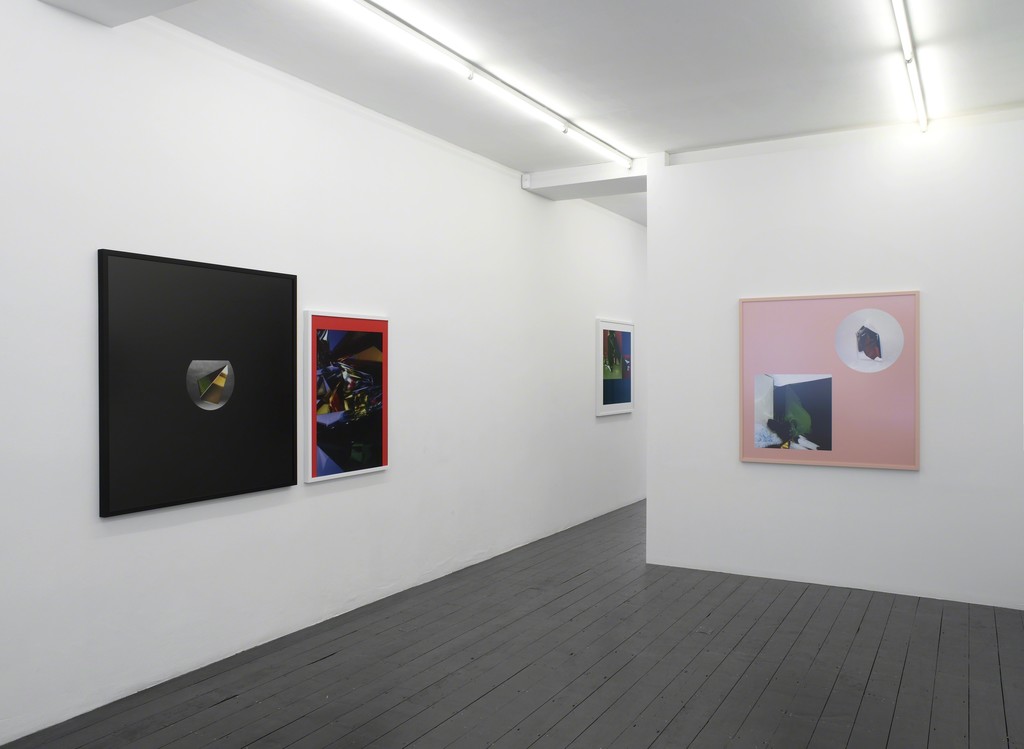 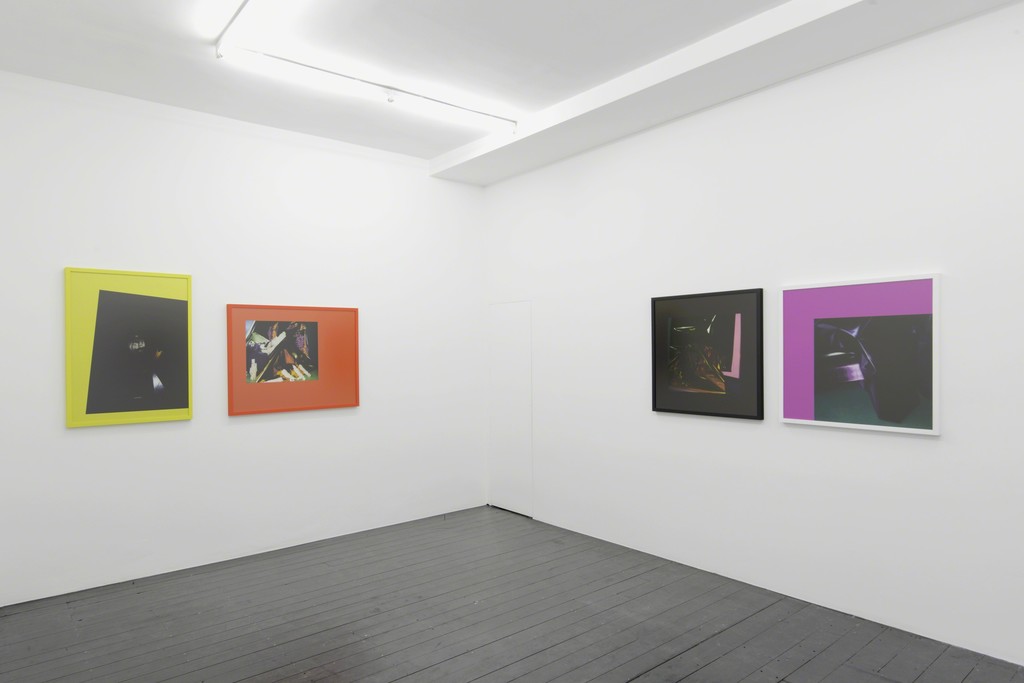 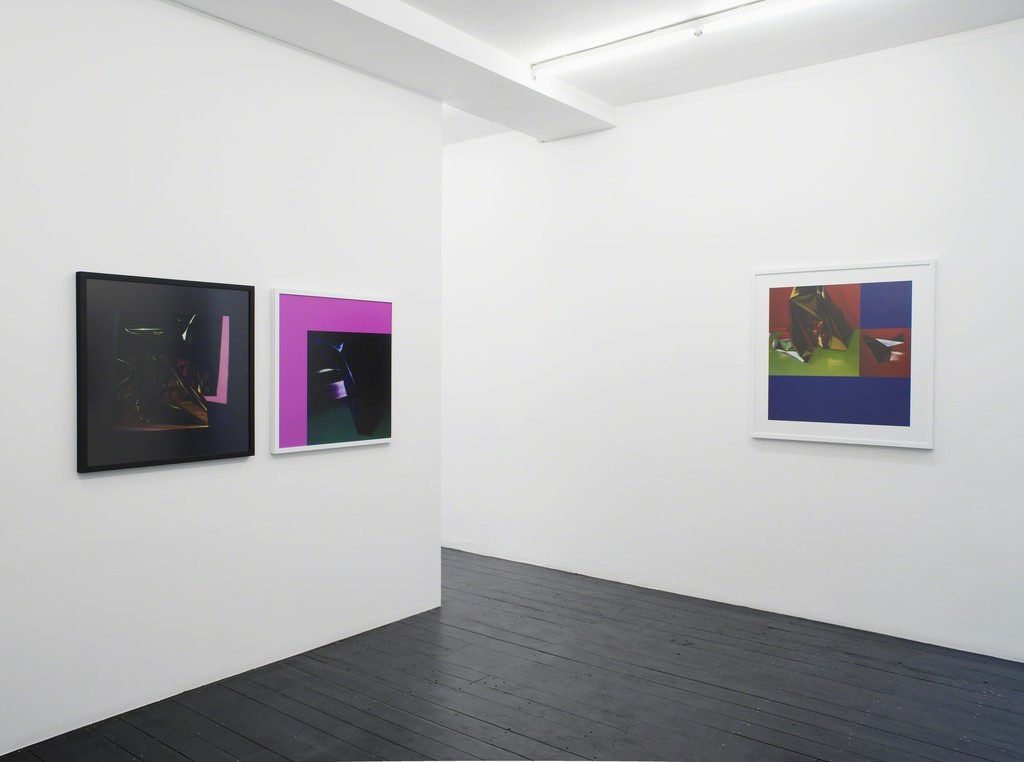 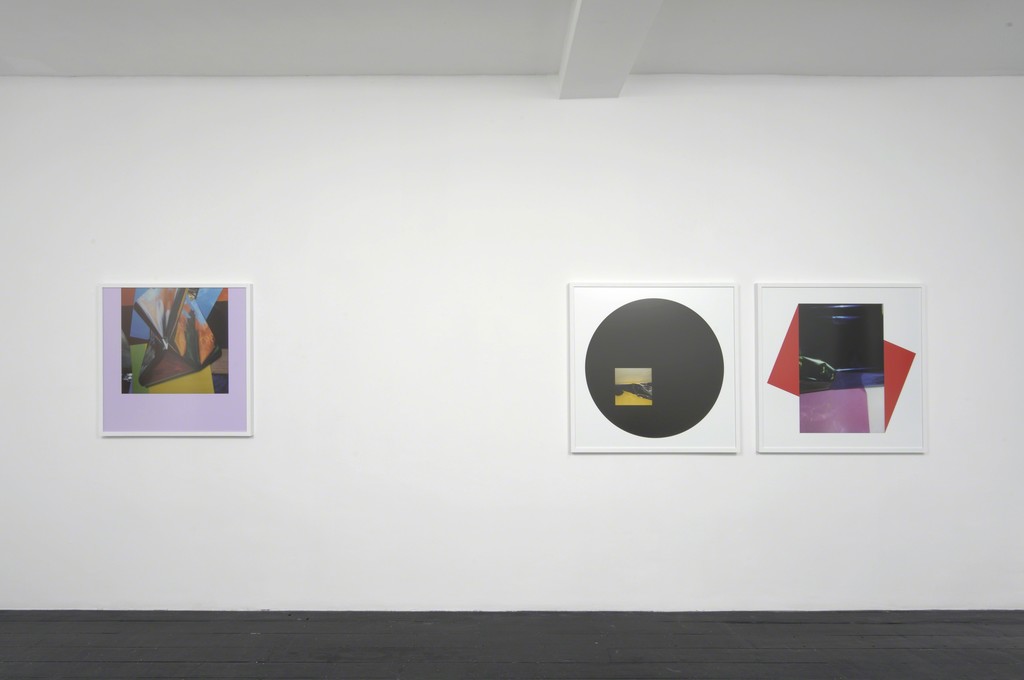 By privileging geometric form over documented object, Every Single Crash focuses on the sensuous experience that is stimulated by saturations of colour and the dynamism of multi-directional contours.

A graduate of the Sculpture department at the Royal College of Art, London, Berendt’s work demonstrates an on-going negotiation between the three-dimensional presence of the sculptural object and the two-dimensional flatness of the photographic image. As the artist comments: ‘I don’t look on myself as a photographer, rather I make certain performative actions, sculptural actions, for which a photographic camera turns out to be an ideal tool’.

This multi-layered process is evident in the works on display. Berendt photographs a series of folded constructions: metallic surfaces and crushed forms that reflect a myriad of colour and light within contained frames of various sizes. The sculptural content of these apertures is then countered by the saturated backings and frames with which Berendt completes each artwork. The spectator is bombarded by visual stimuli that dissolve the boundary between artistic process and end result.

This playful shifting of what Piotr Drewko calls the ‘situation of impression’ within Berendt’s work is a disruption of the tautological nature of the photograph that the literary theorist Roland Barthes drew upon in Camera Lucida (1980). For Barthes, the photograph is something tangible and immutable; as much as one can bend, fold, or tear it, it still holds a fixed image and therefore an unbreakable connection to its original subject. In Every Single Crash, however, the kaleidoscopic shapes produced by Berendt’s folded sculptures are but one image-opening within the layers that make up the composite picture. The apparent depth of these windows is betrayed by the colour-soaked surfaces that frame and contain them.

The multiplicity of viewpoints, colours, lines, layers and angles that Berendt assimilates not only depart from Barthes’ insistence on the indexical anchor that is embedded with the photograph, but they also speak to the title of this series. It is through every single crash, collision, absorption and reflection, that the spectator is coerced into the rhythmic energy of Berendt’s images.