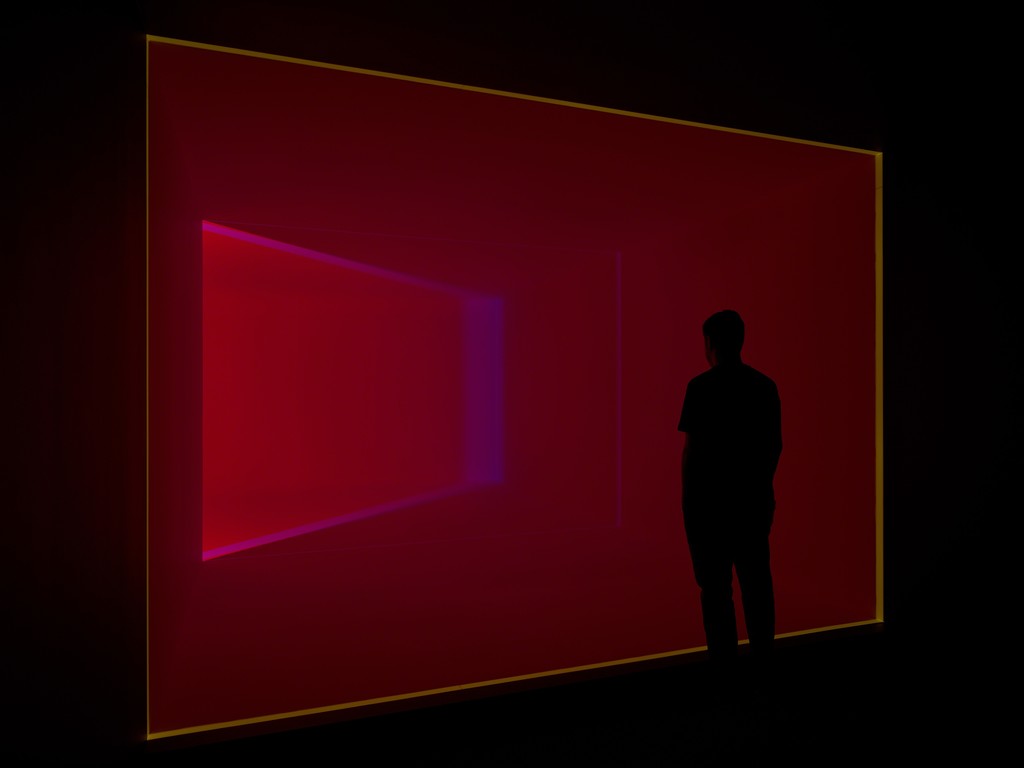 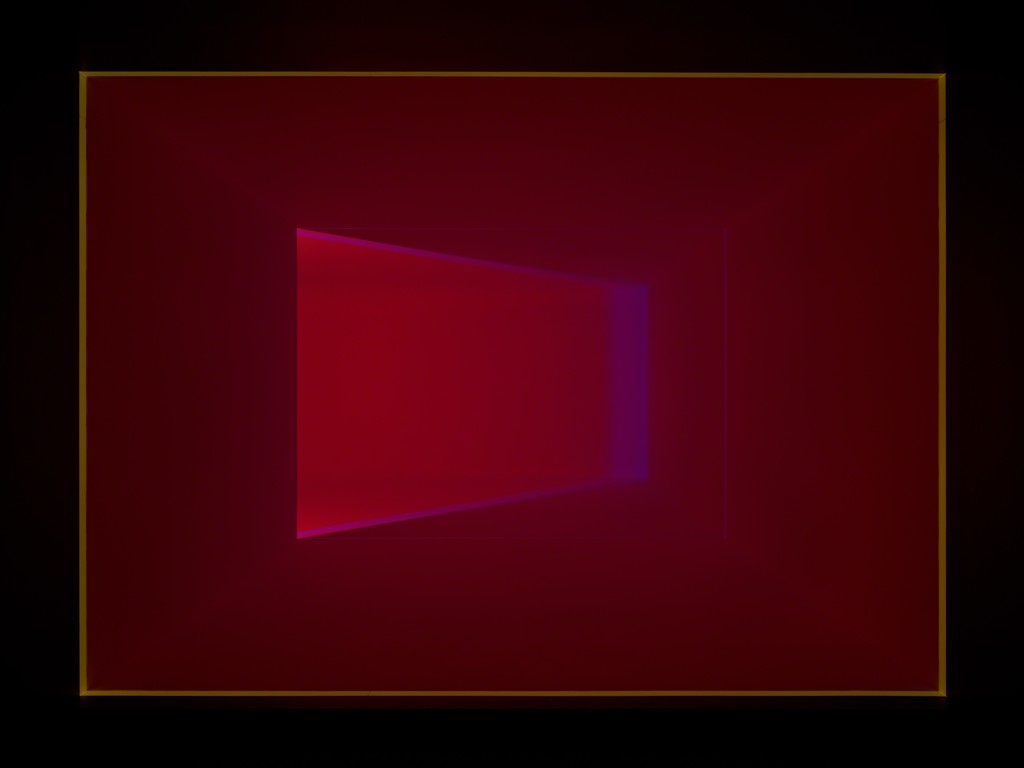 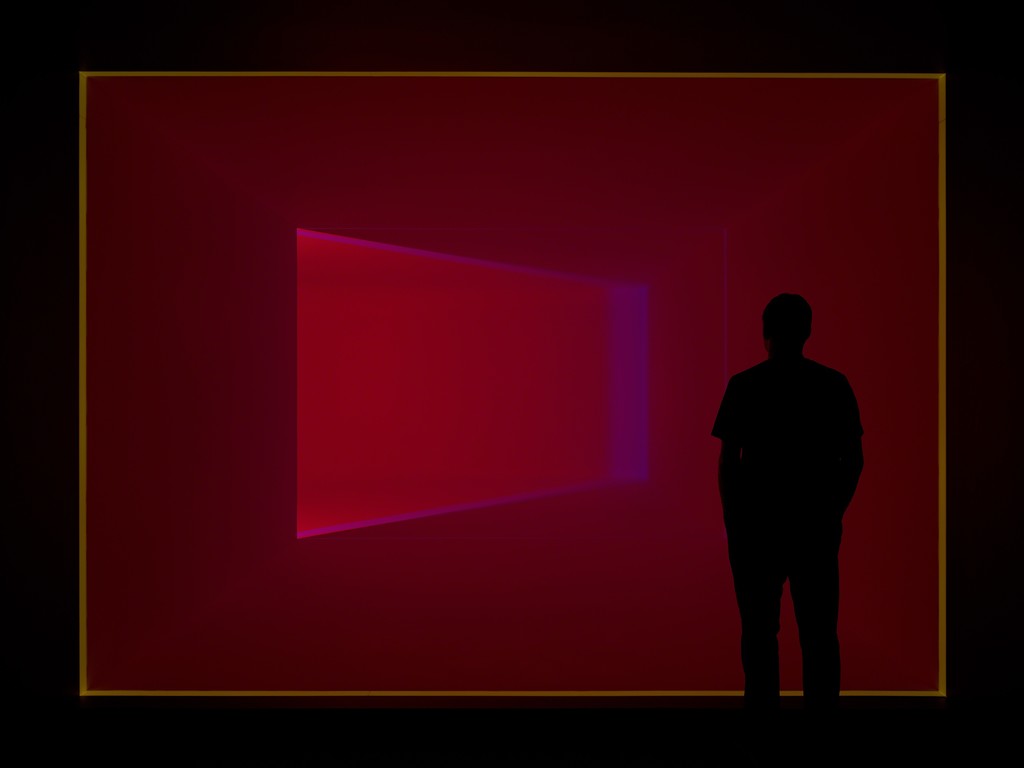 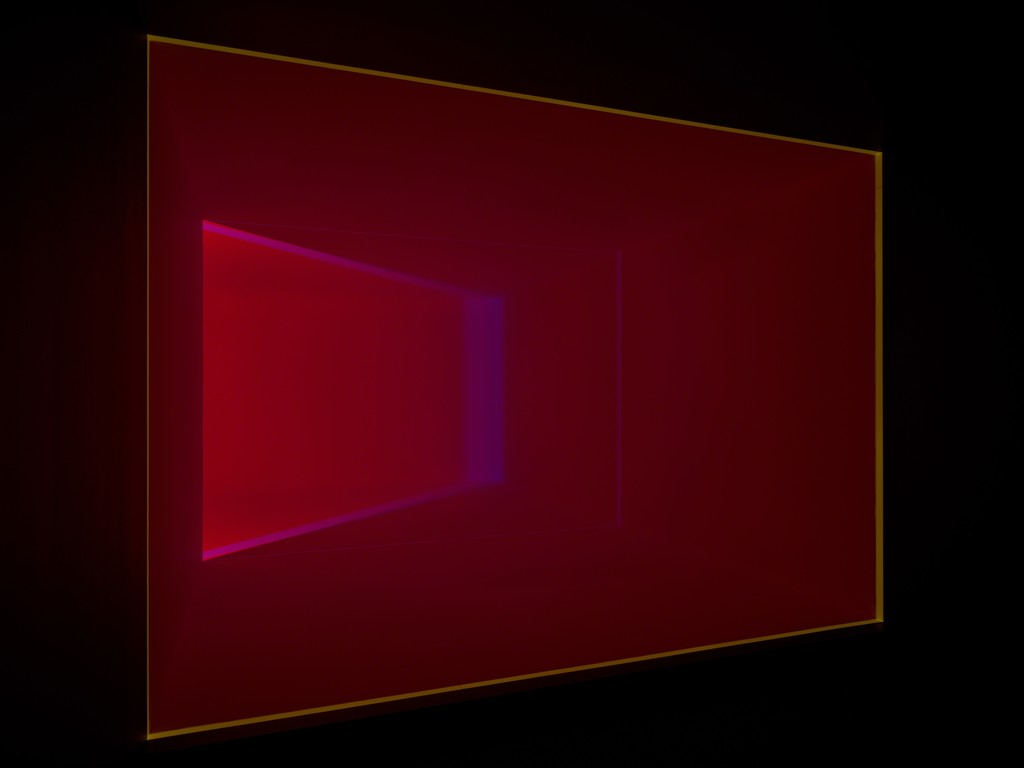 Light shapes experience. From Vermeer to the painters of the Hudson River School and pioneers of Minimalism, artists have tested its relationship to new perceptual depths. James Turrell began working with light in the 1960s with projections as part of the Southern California Light and Space movement. His work focuses the viewer on ways in which light connects internal experience with perception of the world beyond the confines of one’s own body.

Turrell’s 1974 installation Wedgework V is an uncanny room-spanning installation belonging to the artist’s landmark Wedgework series. Projected light creates an illusion of structure. Initiated in 1969, this body of work clarified the artist’s mission to display light in isolation, for its own sake: “I’m interested in the thingness of light itself,” he explained. Exemplifying this is the luminous optical sleight of Wedgework V. Red fluorescent light is paired with light-reflective paint to produce a vertiginous spatial effect wherein the gallery appears to expand beyond the logic of its architecture.

Depth Perception: James Turrell is part of Lévy Gorvy's SUMMER LIGHTS, the gallery's Summer 2018 program. Paired with Neon in Daylight: François Morellet, the two presentations celebrate the phenomena of light. Turrell and Morellet have each turned to light as a revelation in itself, rather than a source that illuminates another object. The gallery will feature seminal works by each artist—five late neon sculptures by Morellet and Turrell’s 1974 installation Wedgework V. Together, these installations invite visitors to engage issues of light and perception.