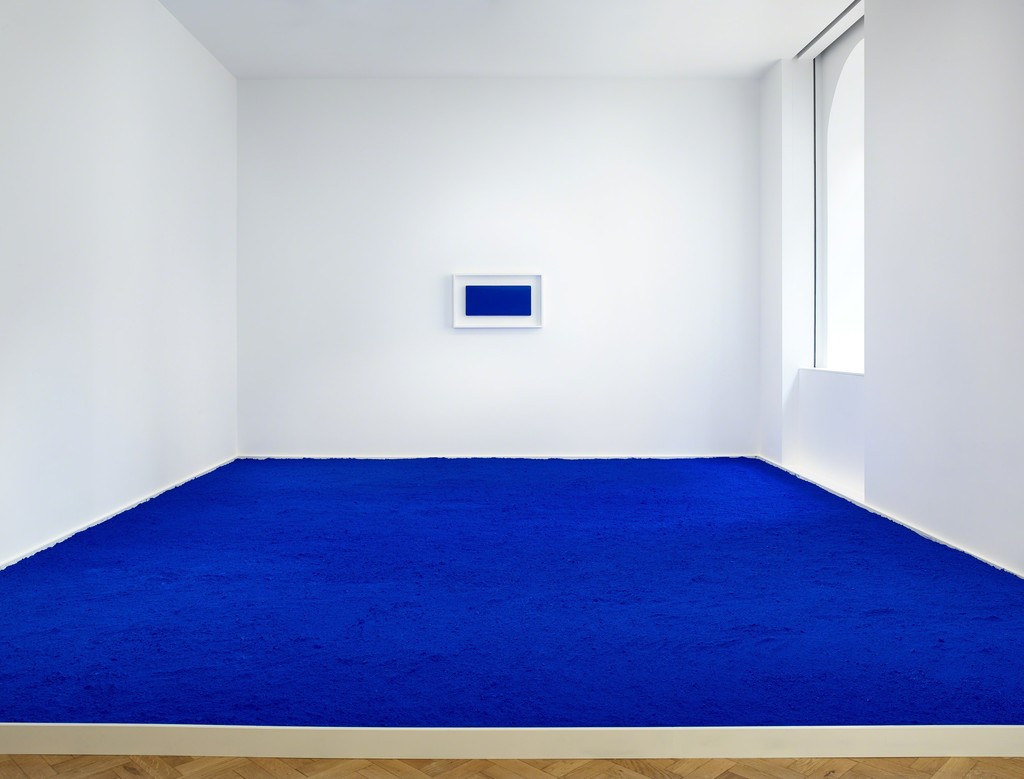 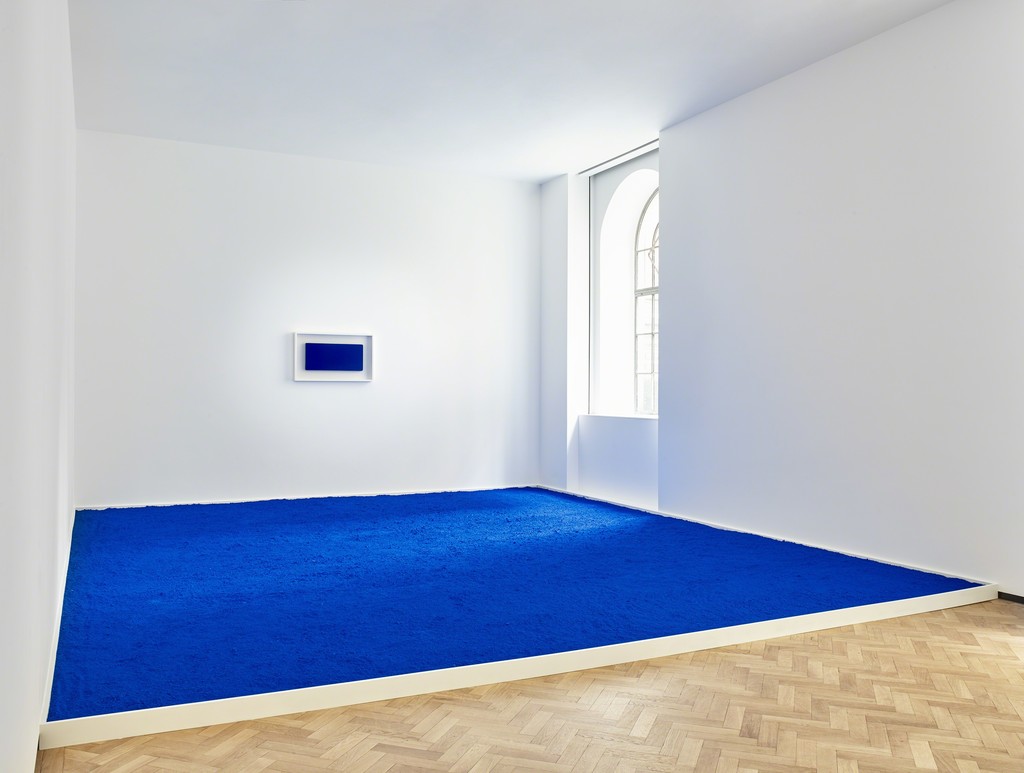 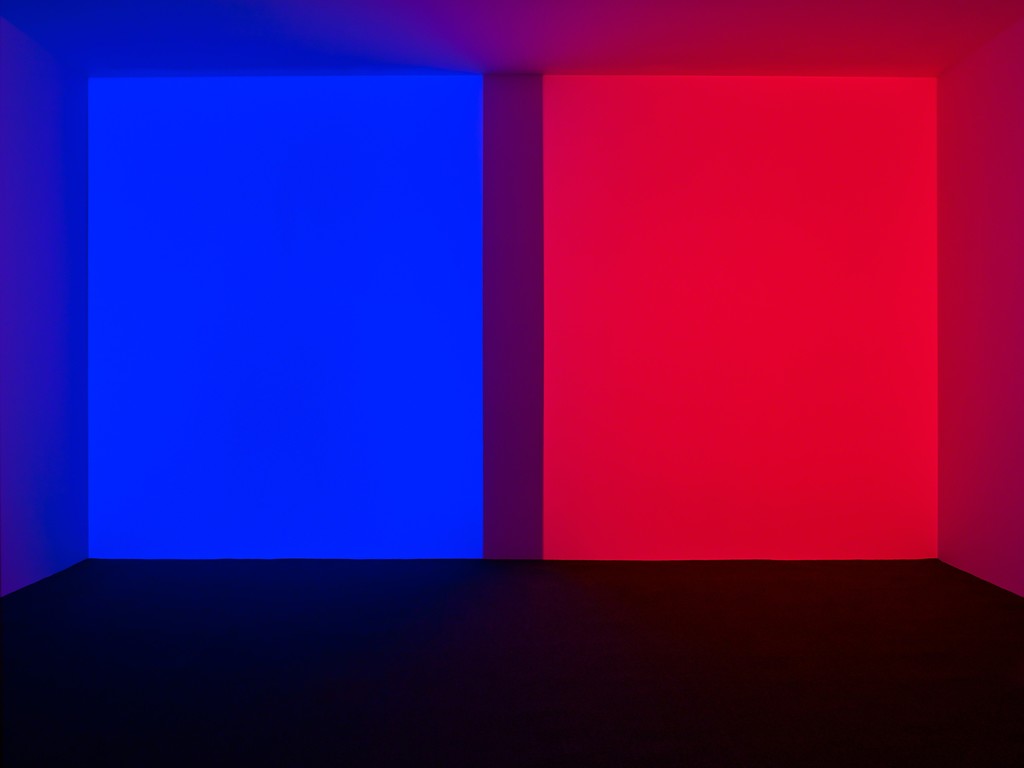 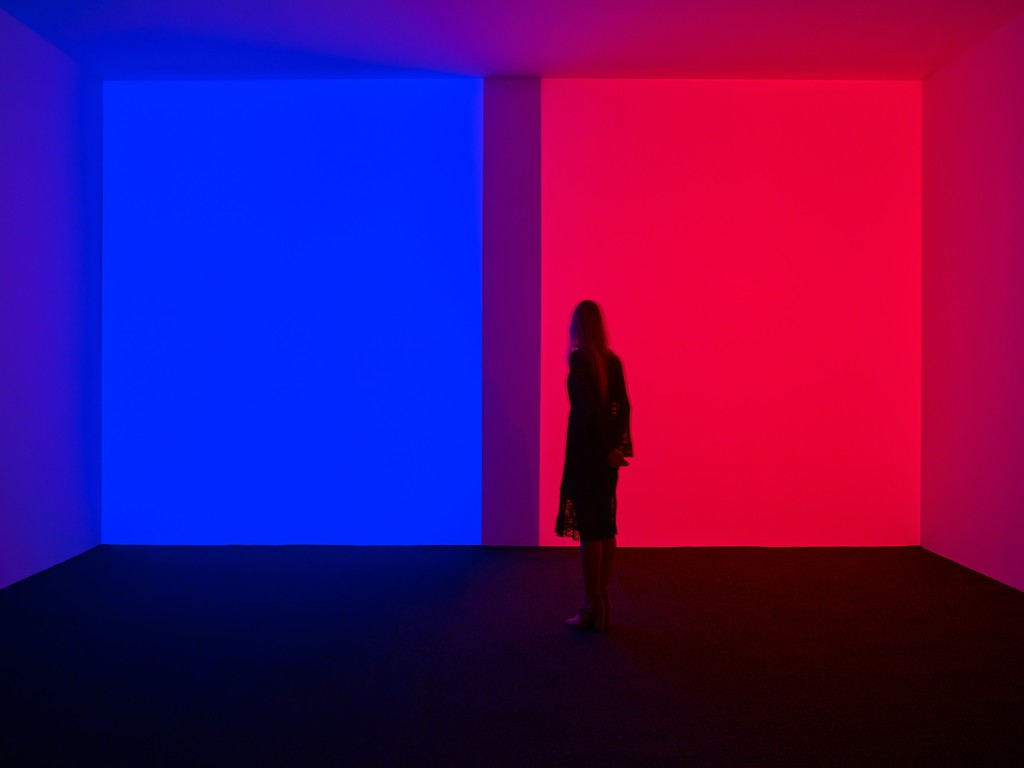 Yves Klein once described monochrome painting as an ‘open window to freedom,’ and across his artistic pursuits he sought to represent boundlessness. To this end, he developed the unique ultramarine pigment that he would patent, in 1960, as International Klein Blue. The hue was meant to evoke the perceptual space where the earth is indivisible from the sky. Just a few years later, James Turrell would begin experimenting with projection, testing the ways in which light produces immaterial architectures. Though working in different continents and contexts—Klein as a leading member of the Nouveau réalisme movement and Turrell in the Southern California Light and Space group—these near contemporaries expanded the possibilities of colour and light.

FOCUS: Yves Klein | James Turrell is a two-room presentation that brings into dialogue seminal immersive works by each artist: Klein’s installation Pigment pur bleu (1957/2018) and Turrell’s projection Orca, Blue-Red (1968). Together, these monumental projects initiate a negotiation of space and perception.

Orca, Blue-Red is an early example of Turrell’s ground-breaking Projection Piece series. The room-spanning installation comprises two beams of vivid light—one blue, one red—that are projected such that the areas of light do not meet. Between them is a narrow band of shadow that produces an uncanny effect of negative space. The disjuncture between the unlit passage and the opposing colours creates a perceptual illusion that challengesthe very solidity of the gallery’s architecture.

The void is also referenced in Klein’s Pigment pur bleu, a large, white wooden tray containing a flat plane of blue pigment. With this work, Klein presents the raw material of painting—pigment—as a work in itself, allowing the colour to remain unfixed and vulnerable to the elements. The installation shifts the traditional vertical pictorial space of painting to a horizontal one, reorienting the viewer to the conditions of beholding art and drawing one’s attention to the force of gravity. Archival footage featuring Pigment pur bleu in its first installation at Galerie Colette Allendy, Paris in 1957 will also be on view.

FOCUS: Yves Klein | James Turrell is the inaugural exhibition of Lévy Gorvy's new FOCUS series, which encourages prolonged contemplation of landmark works. These intimate presentations at our newly remodelled London location will highlight works by artists rooted in the gallery's programme alongside ancillary work by the artist or by an artist engaging resonant themes or forms.