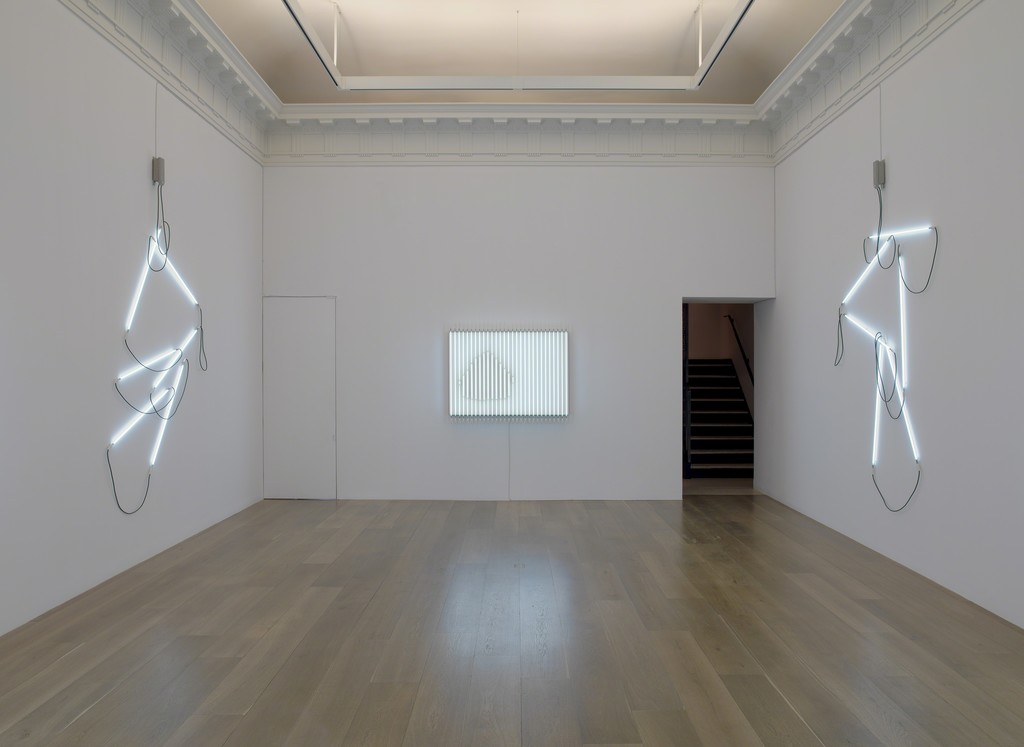 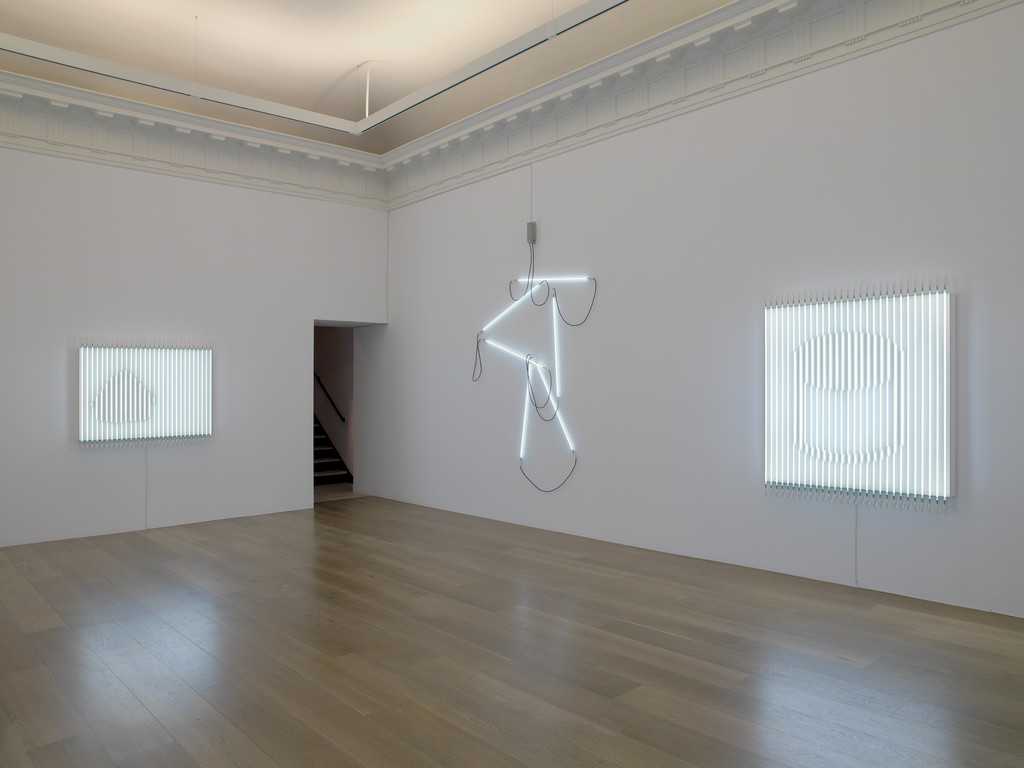 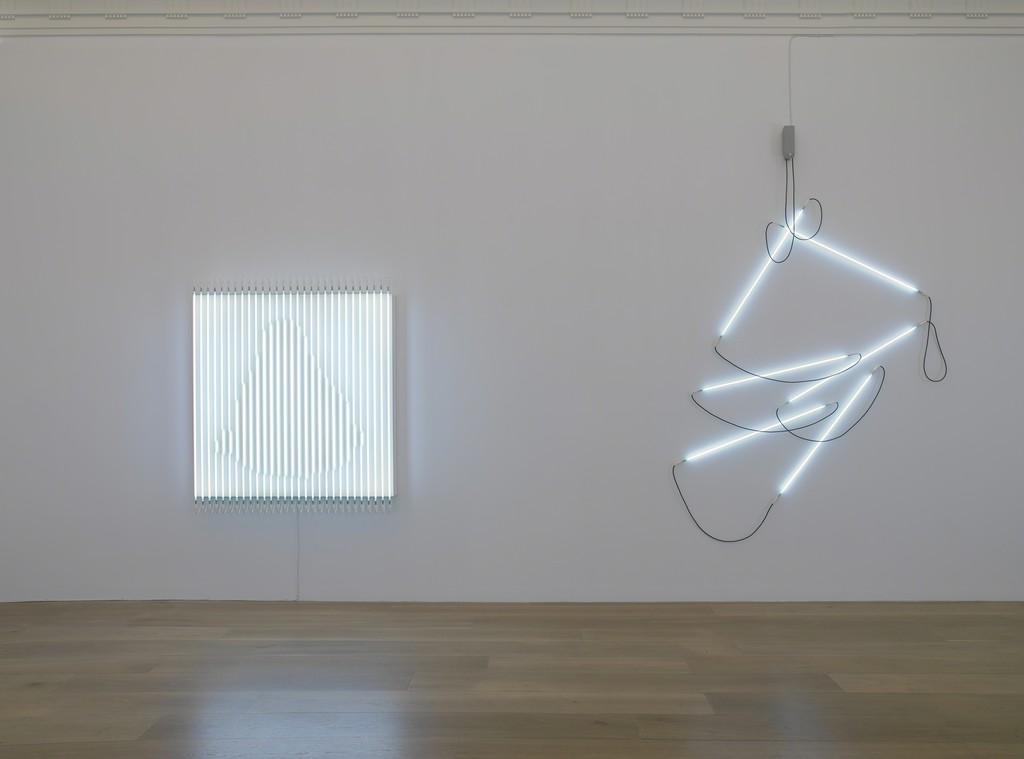 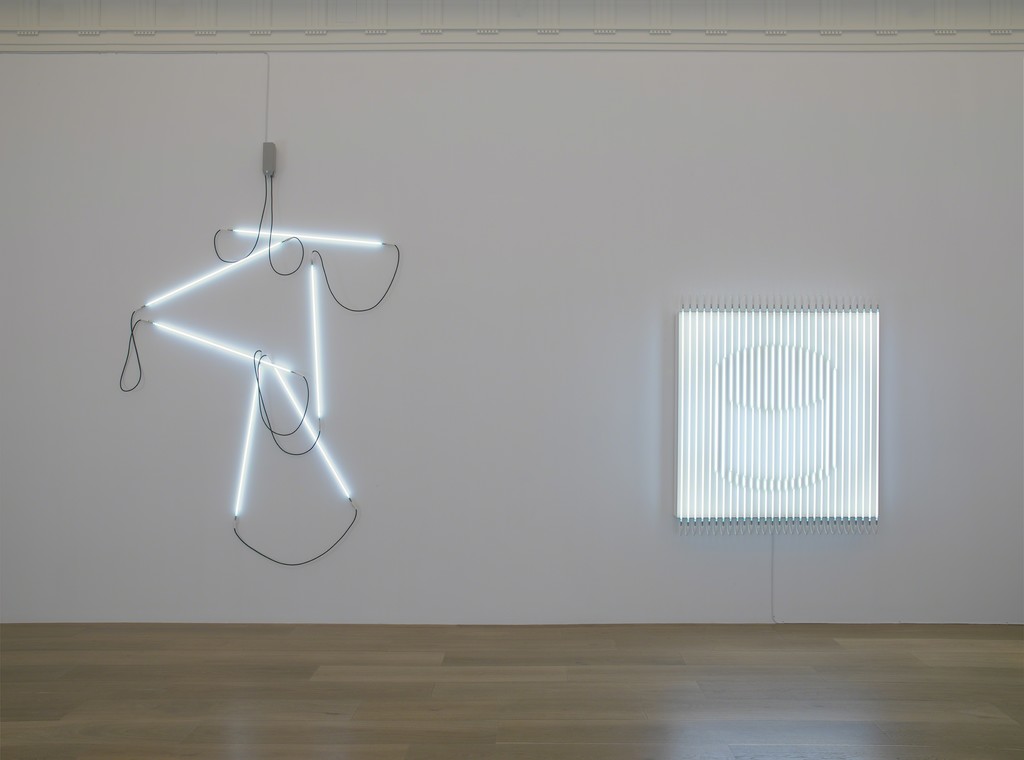 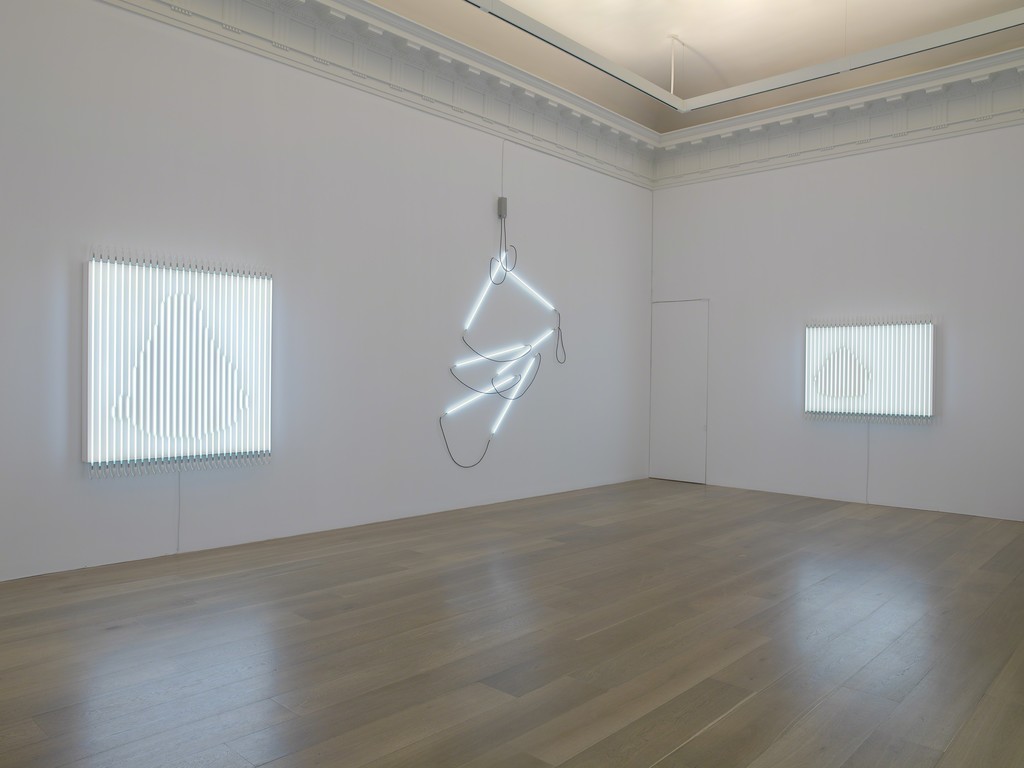 As the sun stretches into its longest days, we immerse ourselves in summer’s slower modulations of daylight, its protracted evenings and shorter shadows. We find renewed pleasure in the city’s lights—the streams of car headlights on the parkway, the flicker of street-lamps in the parks, the meteors that tear through the sky above it all. “Neon in daylight is a great pleasure,” wrote Frank O’Hara of the uncanny glow of lamps that burn despite the hour.

The five neon sculptures comprising Neon in Daylight: François Morellet reveal the artist’s unique mixing of rigorous neutrality and wry humor. Two 2012 works from the Ready Remake series, for example, place subtle silhouettes referencing Duchamp and Manzoni—Fountain, and Merda d’artista —under neat vertical arrangements of white neon tubes. Démonétisation n°5 (La Meule) (2009) employs the same technique in a nod to Monet. Destabilizing the viewer’s perception in both somatic and intellectual ways, Morellet’s work is experienced actively, as a sequence of unfolding revelations dawn on the viewer.

Neon in Daylight: François Morellet is part of Lévy Gorvy's SUMMER LIGHTS, the gallery's Summer 2018 program. Paired with Depth Perception: James Turrell, the two presentations celebrate the phenomena of light. Turrell and Morellet have each turned to light as a revelation in itself, rather than a source that illuminates another object. The gallery will feature seminal works by each artist—five late neon sculptures by Morellet and Turrell’s 1974 installation Wedgework V. Together, these installations invite visitors to engage issues of light and perception.