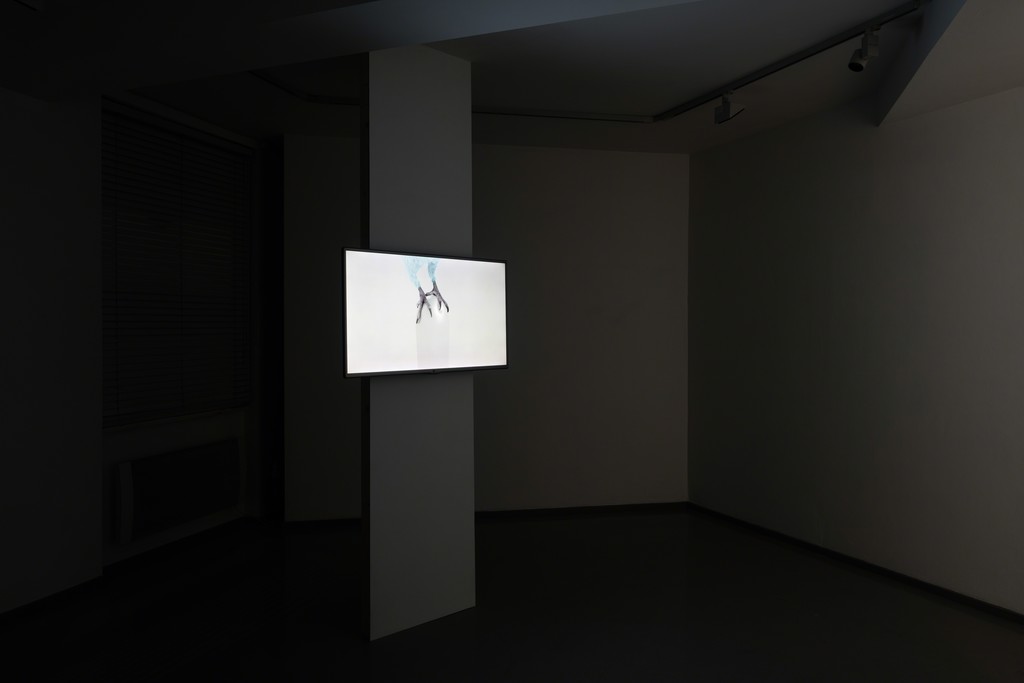 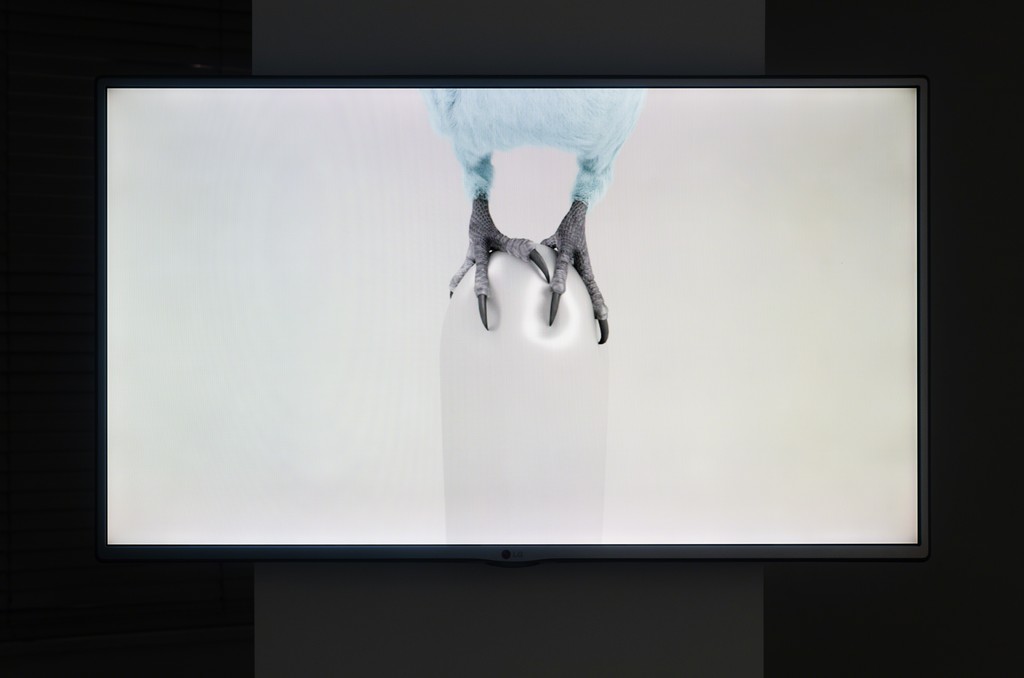 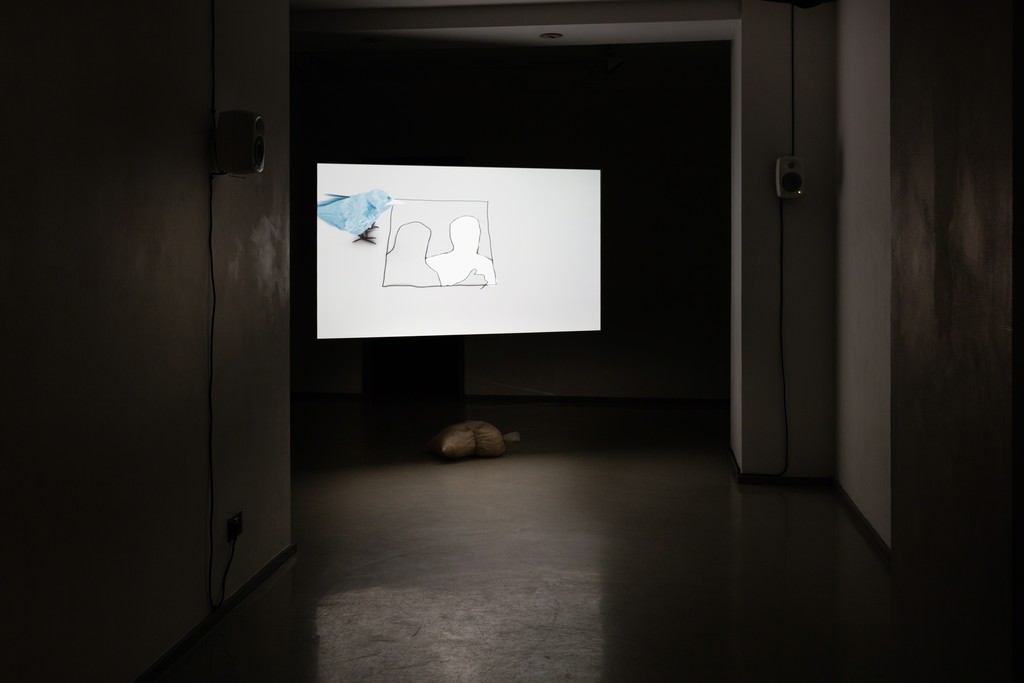 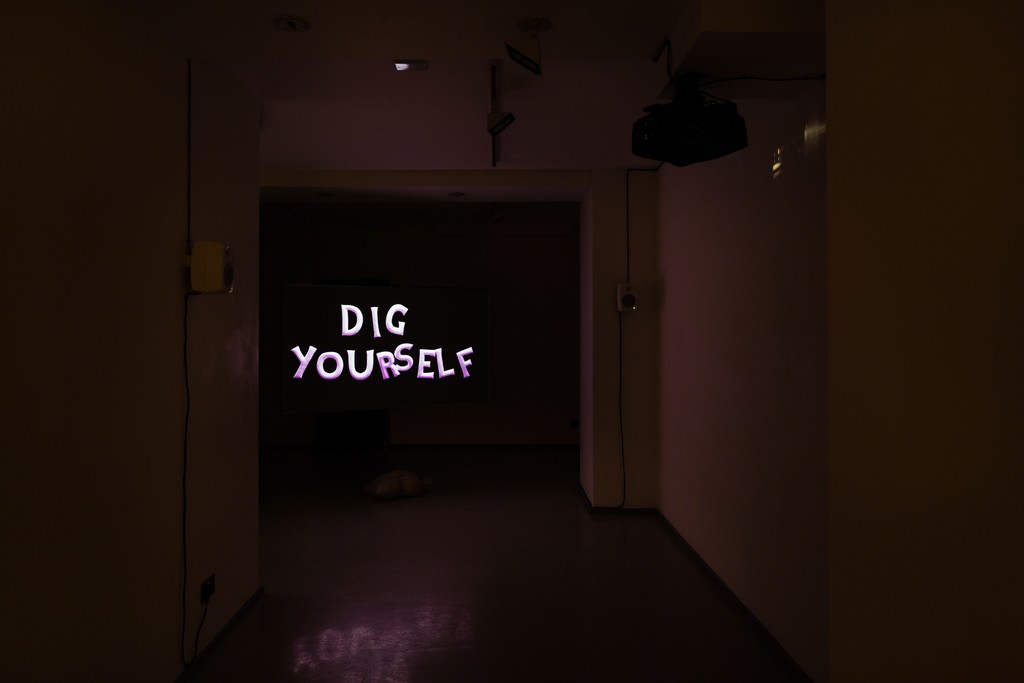 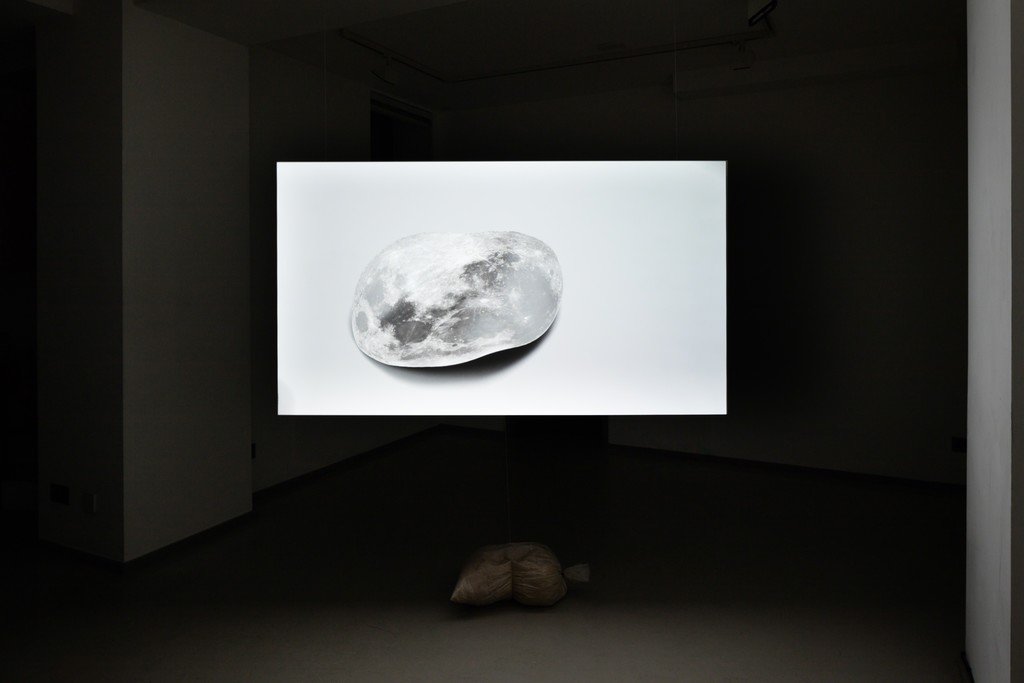 Laure Genillard is pleased to present Dig yourself, an exhibition of new work by London based artist Gabriel Stones.
“Dig yourself”, as well as evincing notions of physical labour, might also describe an excavation or an investigation. Mining an imagination or proudly asserting some cool narcissism. An opportunity or device perhaps for the first person speaker of the film to embody a voice other than their own. A character who encourages or facilitates that's part open minded hippy mystic, part (self) analyst. The autobiographical, diaristic assertions lament upon the harnessing of imagination and fantasy, a forced confidence that belies the blockages and inertia that are deadened by the weight and density of the material through which it is delivered.
Allegorically, the processing of the animations through physics engines of free software, themes of inertia and solidity present in the works extend outside of the film and into the space beyond the frame by way of their sculptural physicality. This interplay is informed to some extent by Stones’ interest in the neurosis and mythology surrounding Lee Lozano’s approach to mass and flatness.
“It'd be nice to say I've been buzzing off Lee Lozano's eroticism of mass… She says, in her note books, which are full of NY sixties jive talk: ‘MASS CONTAINS THE IDEA OF INERTIA, WHICH CONTAINS THE IDEA OF ACCELERATION, WHICH CONTAINS THE IDEA OF MOVEMENT’...she always writes in capitals and she’s always on about mass and density.”