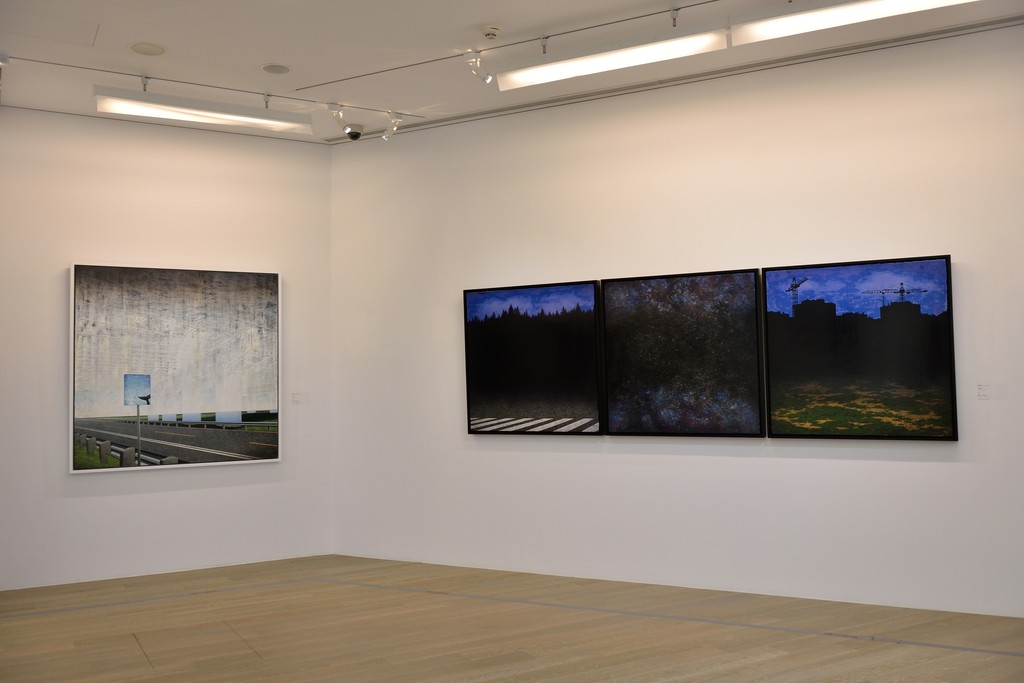 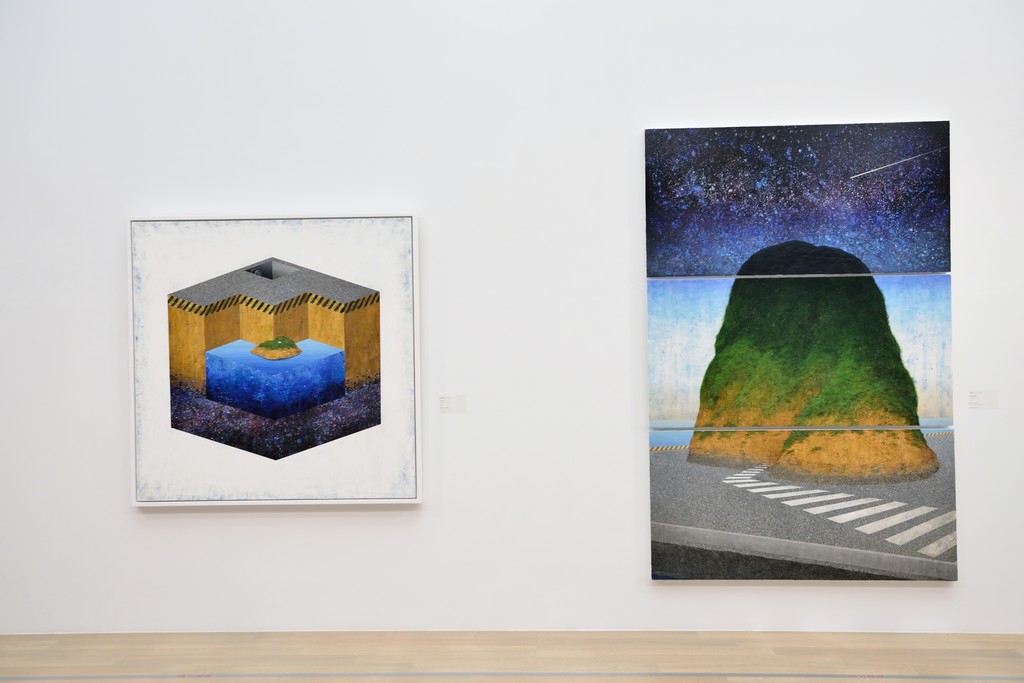 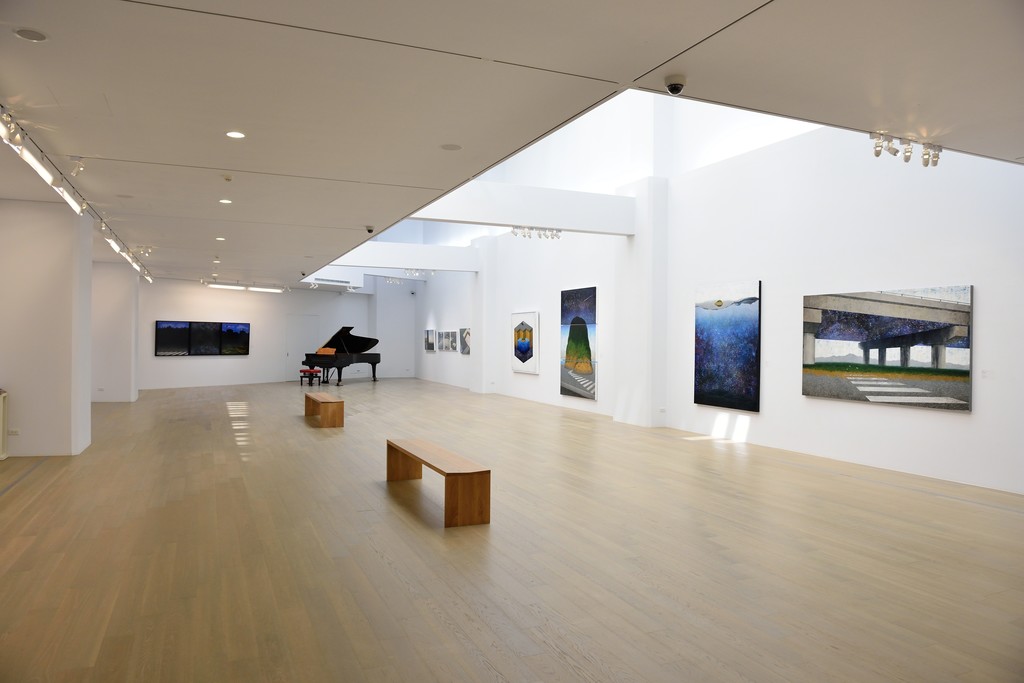 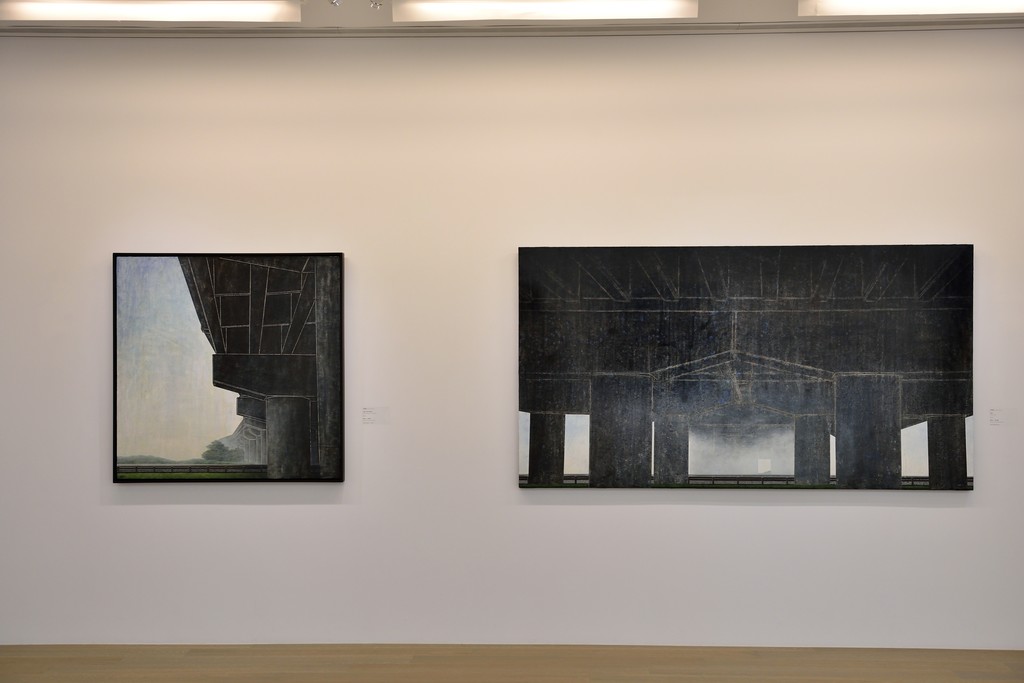 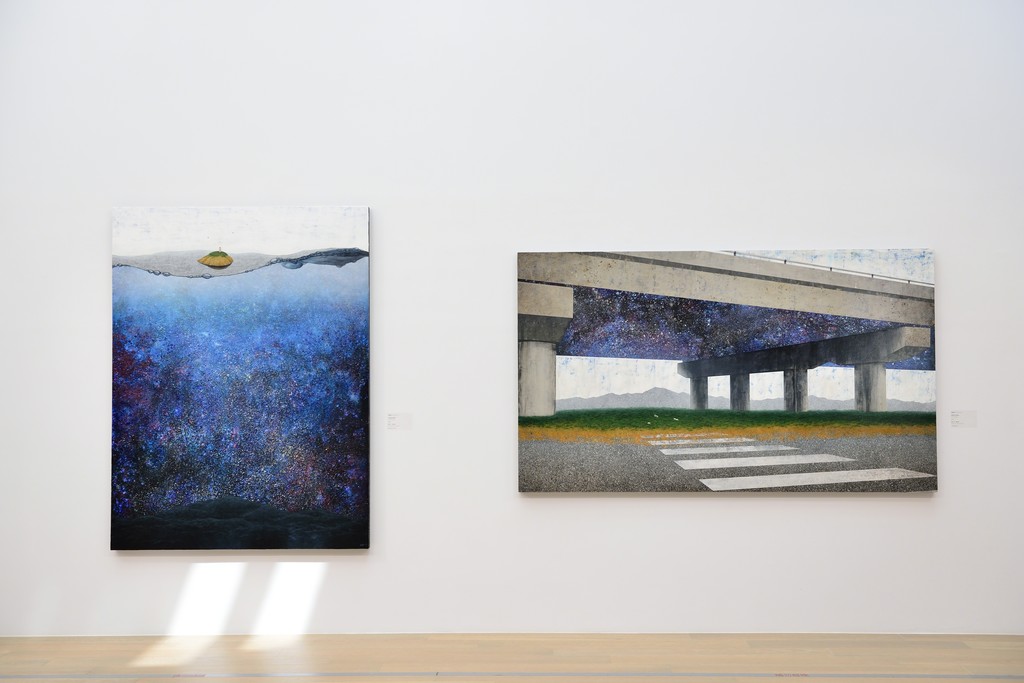 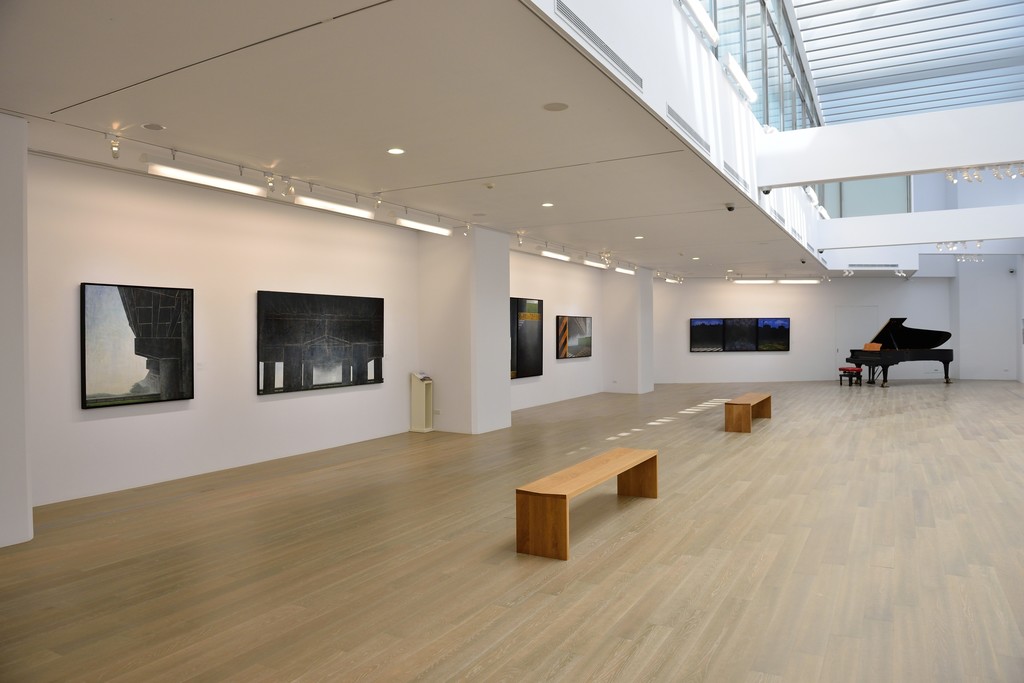 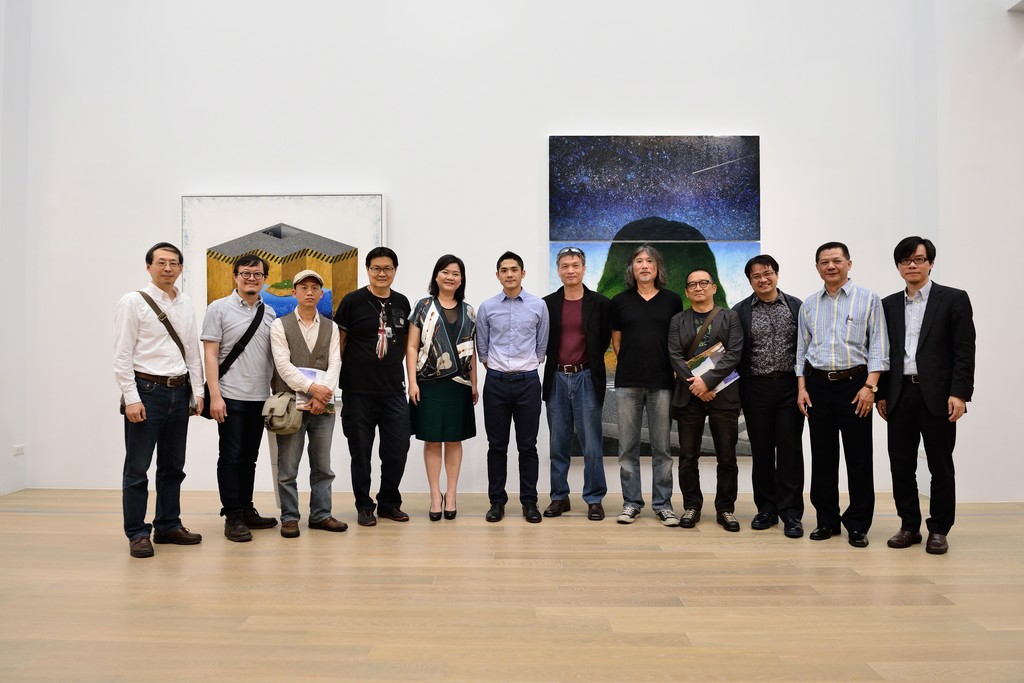 “Residence” is the base of people’s life. Extending from it toward the whole city and the whole community is our “life circle.” Both the “residence” and the “life circle” influence our life experiences and memories. The DNA-like memory echoes what Gaston Bachelard（1884~1962） says in his The Poetic of Space that “the house/home is the earliest world or initial space of the universe, a real universe. If we look at our own house/home intimately, the shabbiest place has its own beauty.” Likewise, the artist Hu Chau-Tsung who was born and grew up in Taipei kept finding the beautiful memories of home in the ugly city landscape. The passing of time documented in his memories also help depict the transformation of the city throughout the urbanization process, in which Hu attempts to search for the “gap” in the variation.

Born in Taipei in the 1980s, Hu Chau-Tsung experienced the rapid change of Taipei City such as the constructions of the underground railway , MRT, property development, district planning, and etc. Hu Chau-Tsung is thus forced to keep up with the pace of a rapidly changing city. Meanwhile, he searches for the natural scenes which still remain, physically experiencing the center and the margins of the city and clearly observing the gap between margins of the city. Such a gap creates a border in terms of culture or visual symbols. The clarification of the border is the way how Hu attempts to juxtapose his painting and his life memories, as his solo exhibition Boundary Maze presents.

In the solo exhibition Boundary Maze, Hu Chau-Tsung intentionally uses the term “Maze” to describe the contradiction he feels about the change of his hometown. Although he still lives in Taipei, the Taipei now is different from the Taipei in his memory. The ambiguous confusion creates certain “nostalgia,” with which the artist laments a home which is no longer there. Therefore, Hu tries to visualize the experience in his paintings. The works Understand Afterwards and The Way to Better Future in 2012 adopt the image of tarred roads to separate the developed area and the countryside and to symbolize the rapid progress of urbanization. However, the endless circle-like tarred road fill up the paintings while there is no end of it, as if one’s own memory were searching for the only way out but eventually got lost. It indeed reveals the ridiculous urbanization and the resistance of urban people. The last exit is to search for the gaps of the city which have not changed yet. The gaps connect the center and the margin, creating the cross-border regions between the two. The border where the two worlds juxtapose together is how Hu Chau-Tsung defines Taipei City. In the works Departure and Upside Down in 2013, the artist uses surrealistic composition to challenge the public’s intuition of space, repetitively wrapping up the daily life we are familiar with in our perception. He also visualizes a gap between the Taipei City in his memory and the Taipei City in reality, redefining the gradual variation. In the several combats at the gap of the crowded and rapid city life, the penetration of the border turns aggressive from the passive attitude. The works Channel and Treasure Hunting in 2014 reveal a sense of direction in the cross-border confusion. The space being wrapped up is transformed into the artistic vocabulary represented as the blue sky and the center of the earth. The visible border becomes invisible. In addition to the phenomenon of the cross-border juxtaposition, Hu Chau-Tsung also uses flat acrylic paint technique to pile up various layers of colors to visually create border of symbols as well as borders of colors.

The physicality in the painting is repetitively polished and piled up as if it were a conversation between Hu and the city. The cement forest everywhere is almost like a home to us in our memory. Therefore, the artist adopts a painting skill which is like architecture construction to create texture of the material as a response to the physicality which documents the transformation and conflict of civilization as “profondeur charnelle,” mentioned by the post-modern philosopher Maurice Merleau-Ponty（1908~1961） in his Le visible et l’invisible. The crafted skill in Hu’s painting, instead of the wild unrestrained splash and strokes, shows Hu’s affection to the cement buildings and the urban landscape. His own life experience also brings some warmth to the cold cement, combining the physicality of the painting and the space of the text.
Integrating the memory of the encounter with civilization and a body looking for its nostalgia, the artist reveals the artistic concept of the exhibition Boundary Maze. The juxtaposition without any direction is locked down layers by layers as if it were in the mist. However, in such a mist, one still finds a new possibility. Although people might feel negative when confronting the border and the capitalist monster, they can still find a gap – it can be some simple happiness or a combat at any cost. Therefore, the artist sets off from the gaps, refusing the normalized rules and roads to search for his childhood memory in the cross-border ambiguity. Meanwhile, Hu honestly deals with the gone hometown, creating another juxtaposition in his paintings and connecting the composition with the artistic concept. The gap resulted from the juxtaposition is Hu’s tribute to life. It also becomes the poetic echo, allowing viewers to experience the nostalgia in the city through his paintings.