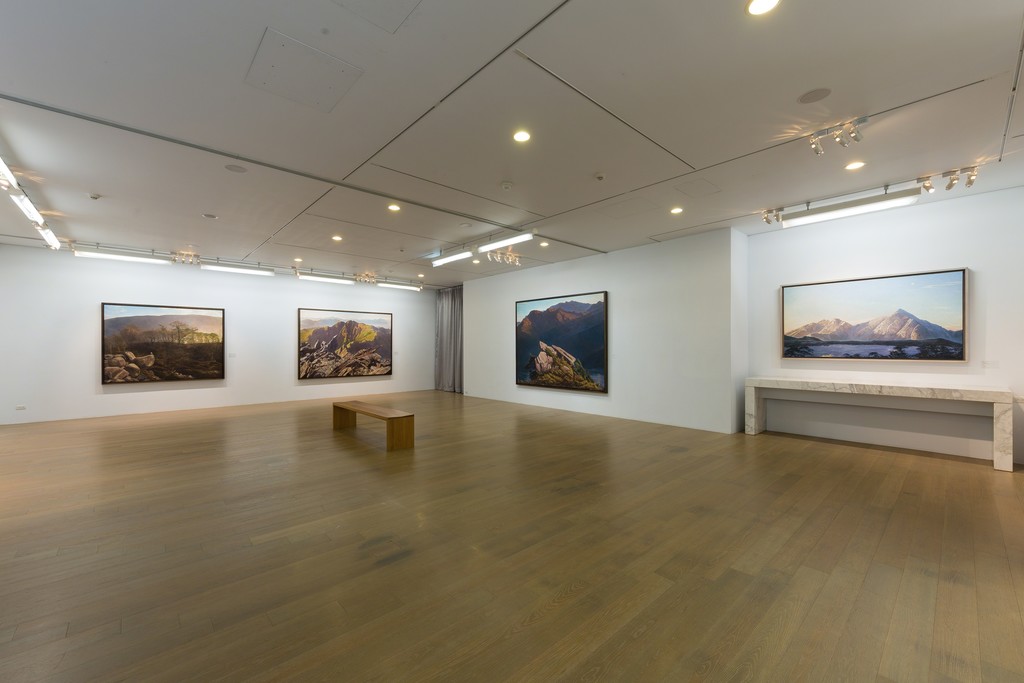 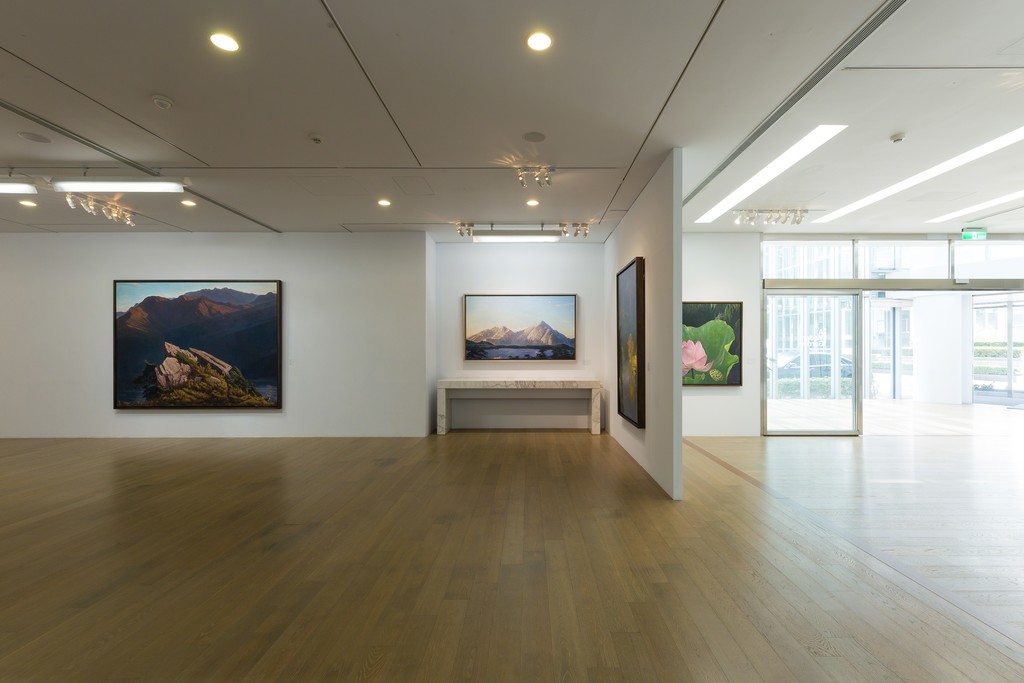 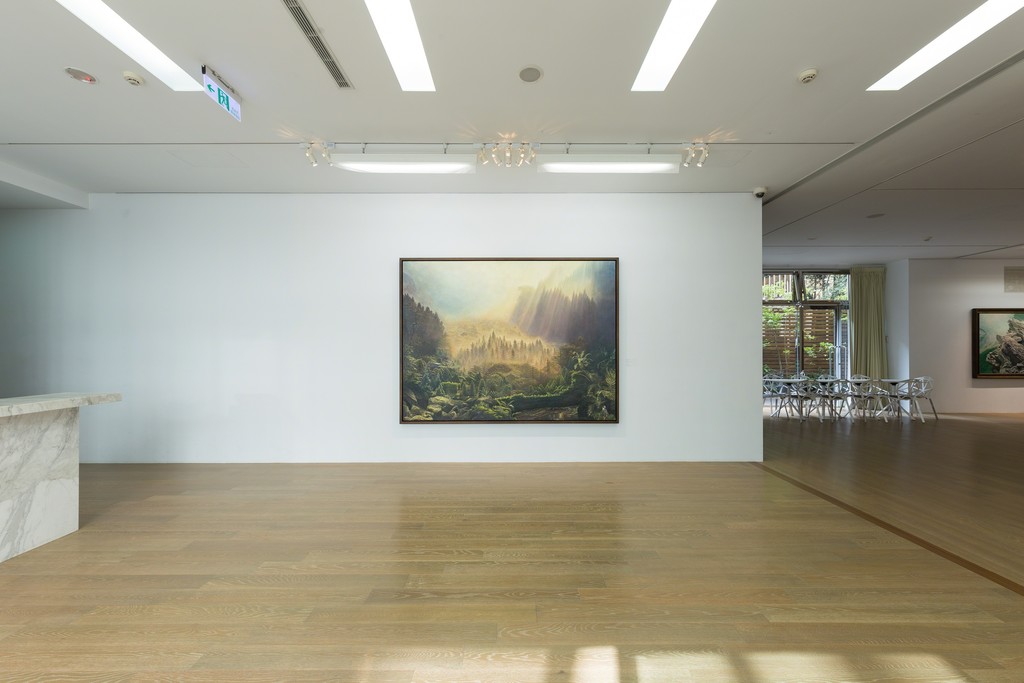 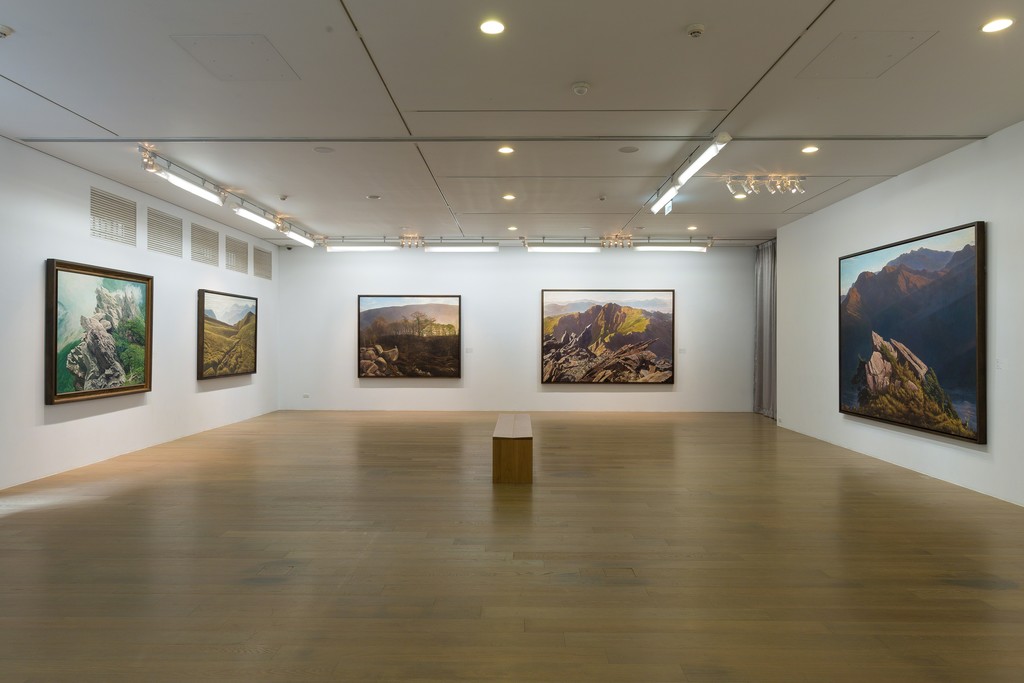 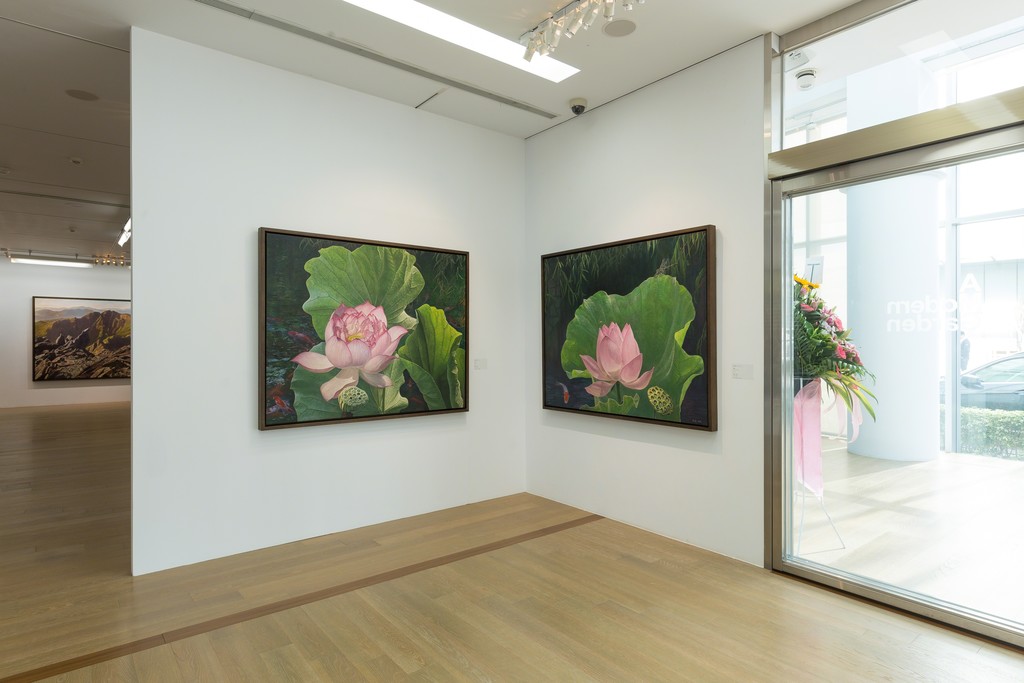 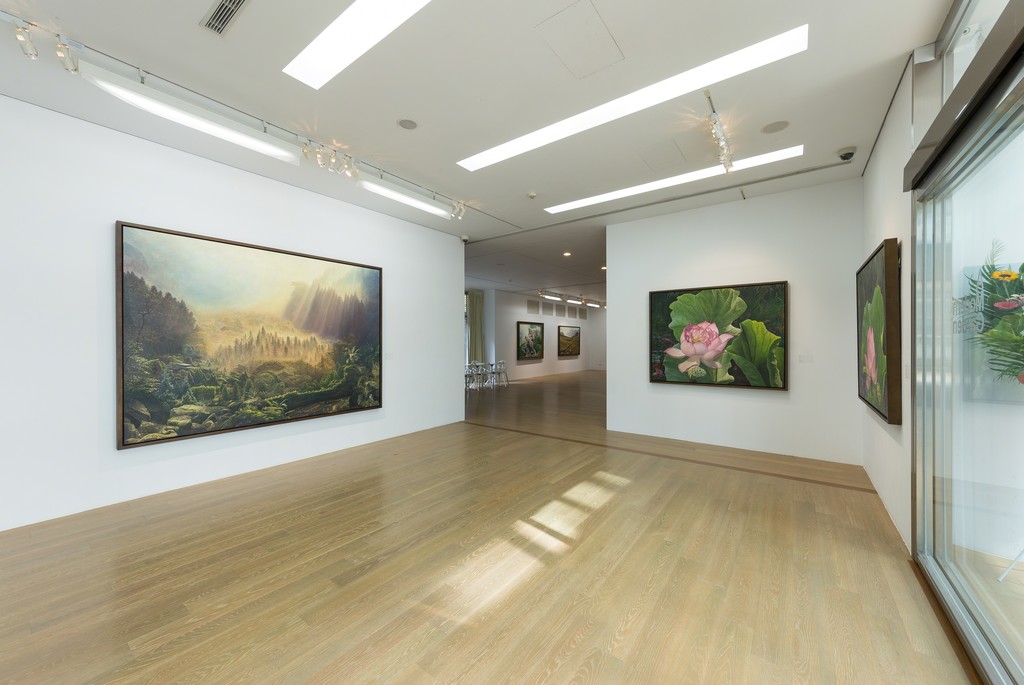 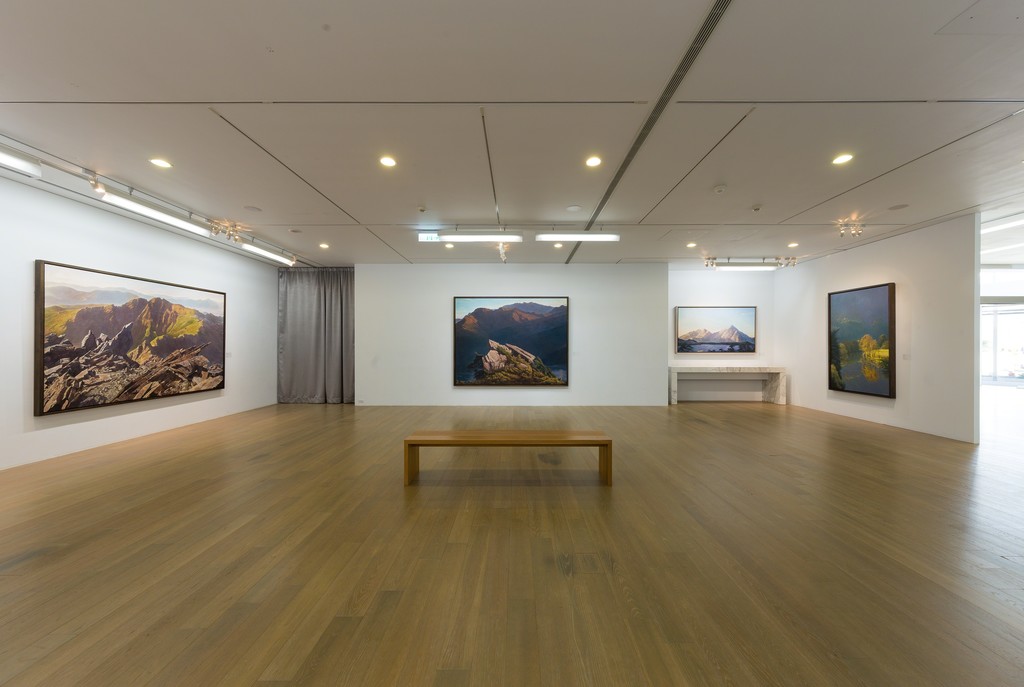 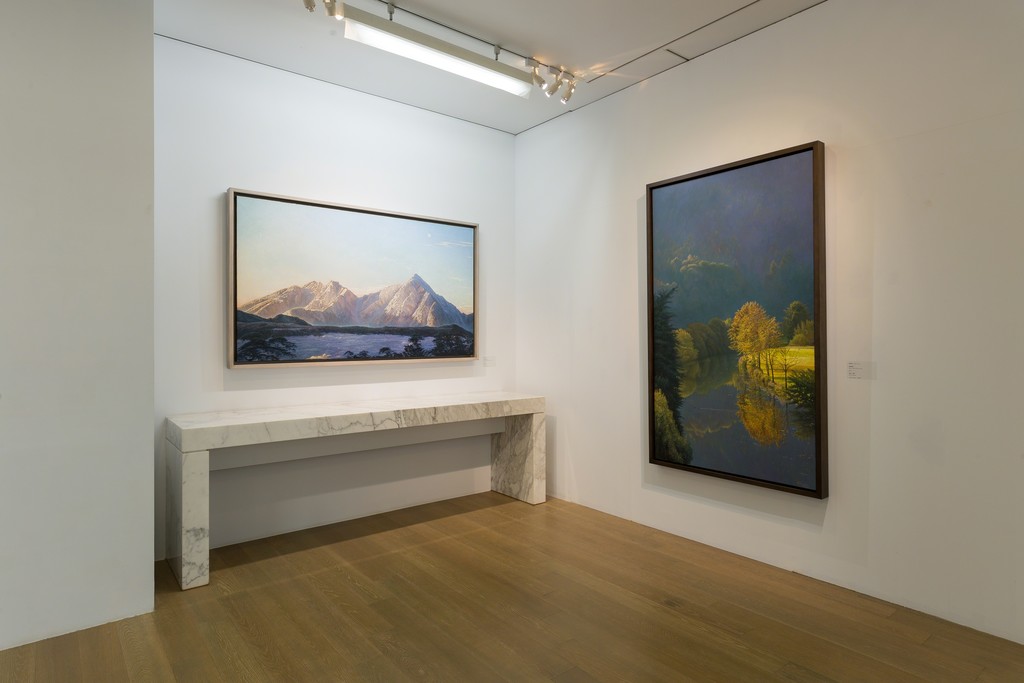 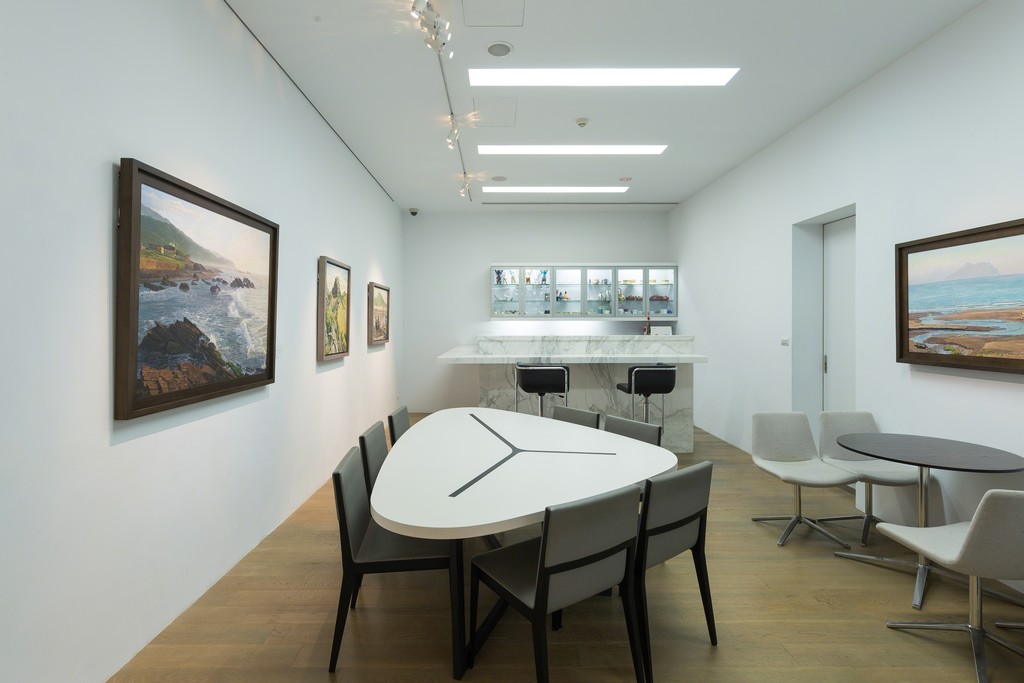 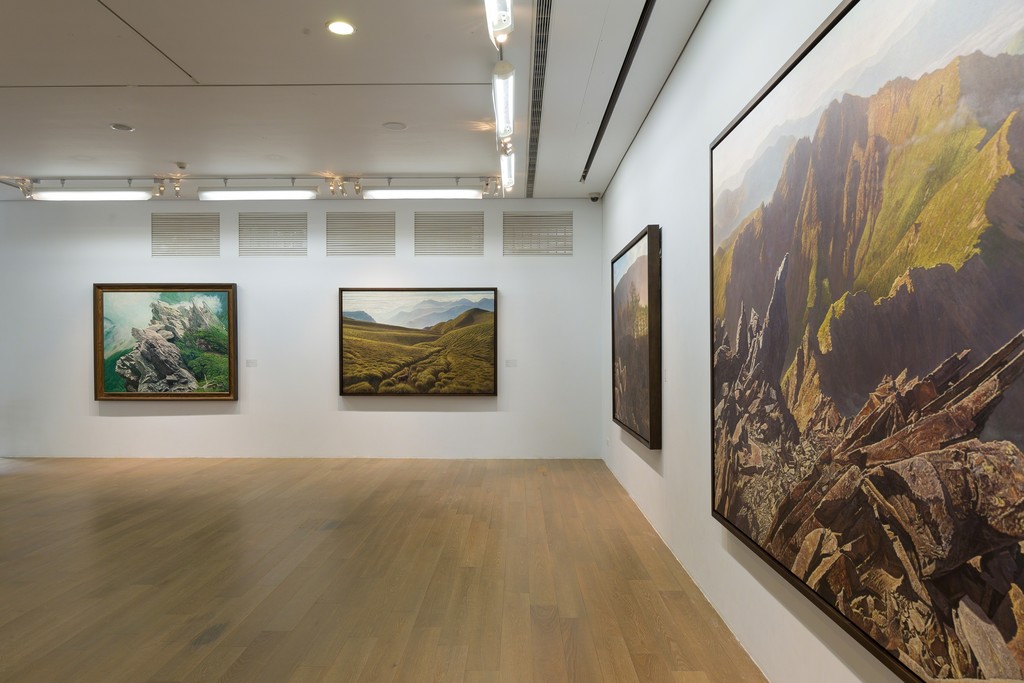 Liu De-Lang holds his solo exhibition, “Mountains of the Four Seasons,” at Liang Gallery. Liu has been passionate about mountaineering for many years and has climbed Taiwan’s mountains, including Yushan, Dabajian Mountain and Nanhu Mountain, for a number of times. Being surrounded by layered mountains evokes a sense of humility and the respect for the grandeur of nature, as shown in Liu’s brushwork which perfectly visualizes the majestic mountains.

The beautiful ridges, the giant monument-like cragged peaks, and the high-altitude vegetation are the immediate amazement. The layered mountains extending from one peak to another on Liu’s canvas creates an imposing manner as if bringing viewers onto the real mountains to experience the breathtaking momentum. In recent years, he has switched his focus to the close-up scenes to capture the high-altitude ecology, sometimes the lonely forest intruded by a rare bird, such as rosefinch or Alpine Accentor found only in the high mountains, or sometimes perhaps a deer standing still and looking into the distance, not getting lost but observing the surroundings. Whatever case it may be, the forests and animals in his paintings always enjoy a sense of ease and serenity.

In this exhibition, we may surprisingly discover subjects other than mountains, like his paintings of lotuses, while Liu’s impressive skill in realism perfectly visualizes the entanglement among petals, pistils, and leaf veins, or the close-up image of a single lily in full bloom, standing in front of layered mountains as if to symbolize the purity of a harmonized land, like the realm of Shangri-La.

Liu’s paintings make us feel the aura of the mountains. His outstanding technique to truthfully capture the real essence of the scenery visualizes the immense majesty which is beyond the border of space and time. One can almost imagine the artist having a conversation with the spirit of the mountains, through whom his art is transcended into an idealized mountainous aesthetics.

Born in 1958 in Hsinchu, Taiwan, Liu De-Lang graduated from Taiwan Provincial Hsinchu Teachers College (today’s National Tsing Hua University) with a degree in Fine Arts. His painting style evolved from classicism. In his creation, Liu merges his sentiments, thoughts and national identity, and naturally expresses his innovative artistic style and ideas through the Taiwanese sceneries and views. The artist is good at rationally analyzing connections between stones, mountains, paths, birds, and waves in nature. He applies realistic painting technique to express atmosphere that comes deep from his heart and which feels very much like the one in a science fiction book or like a fast-changing mood so common in modern life.