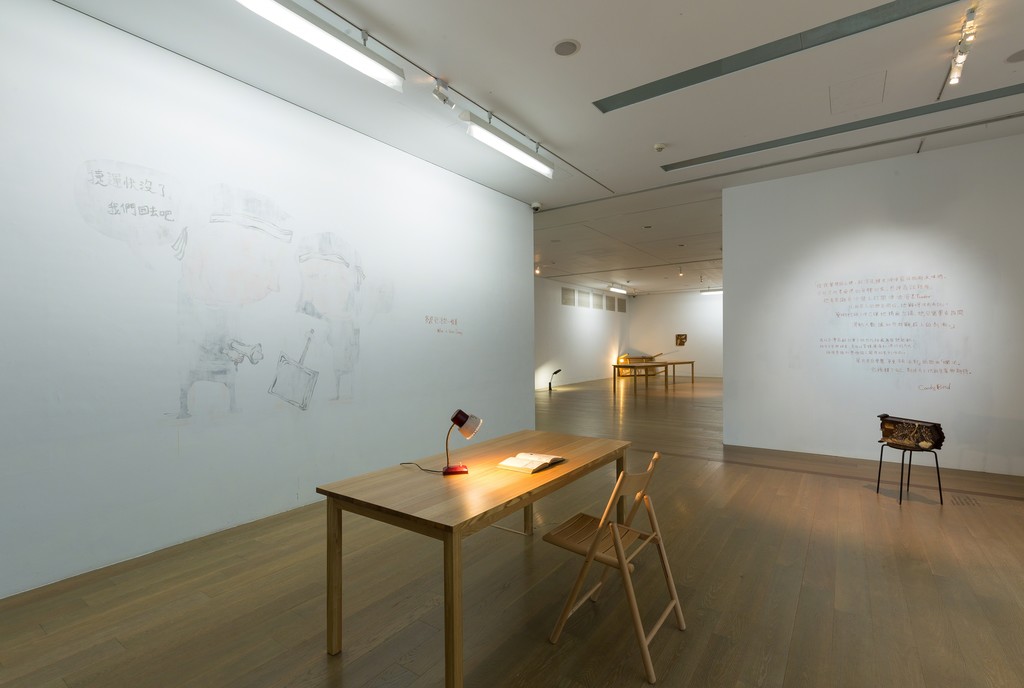 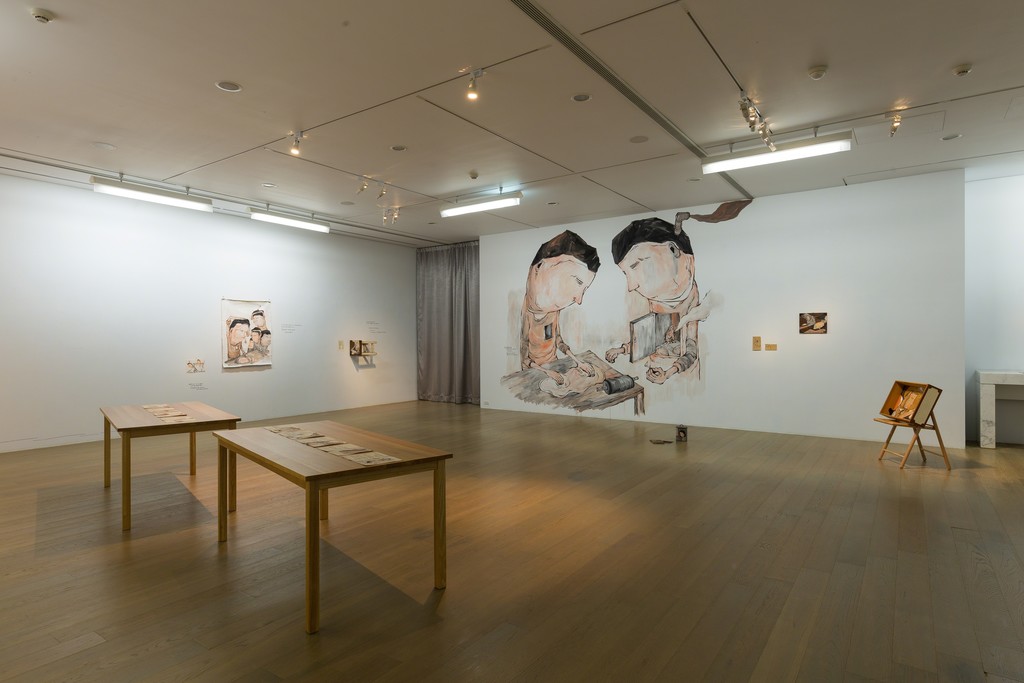 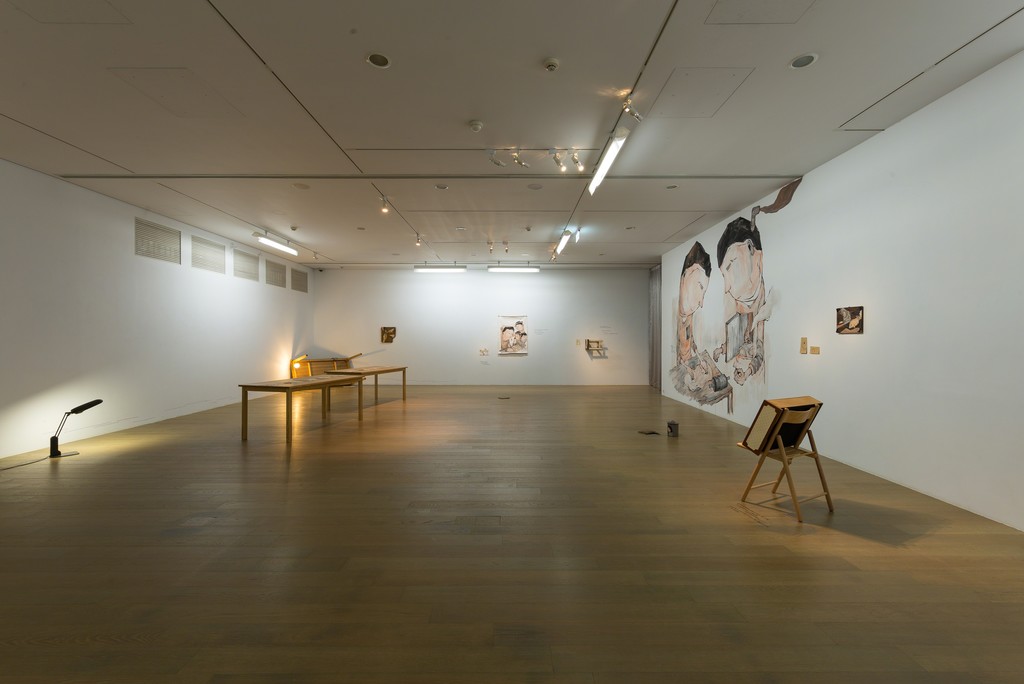 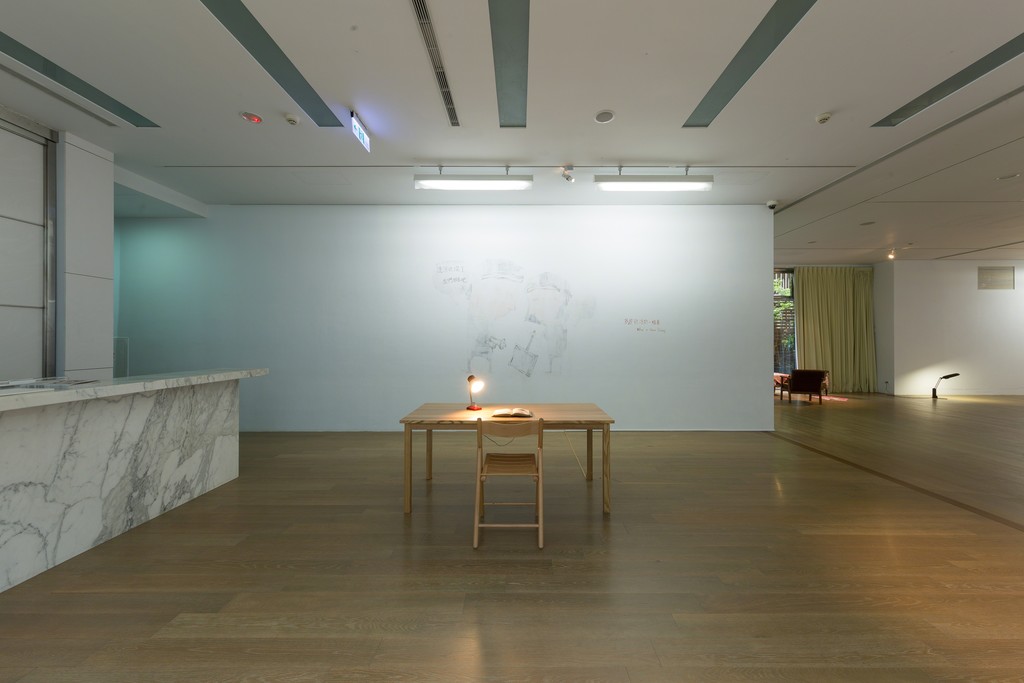 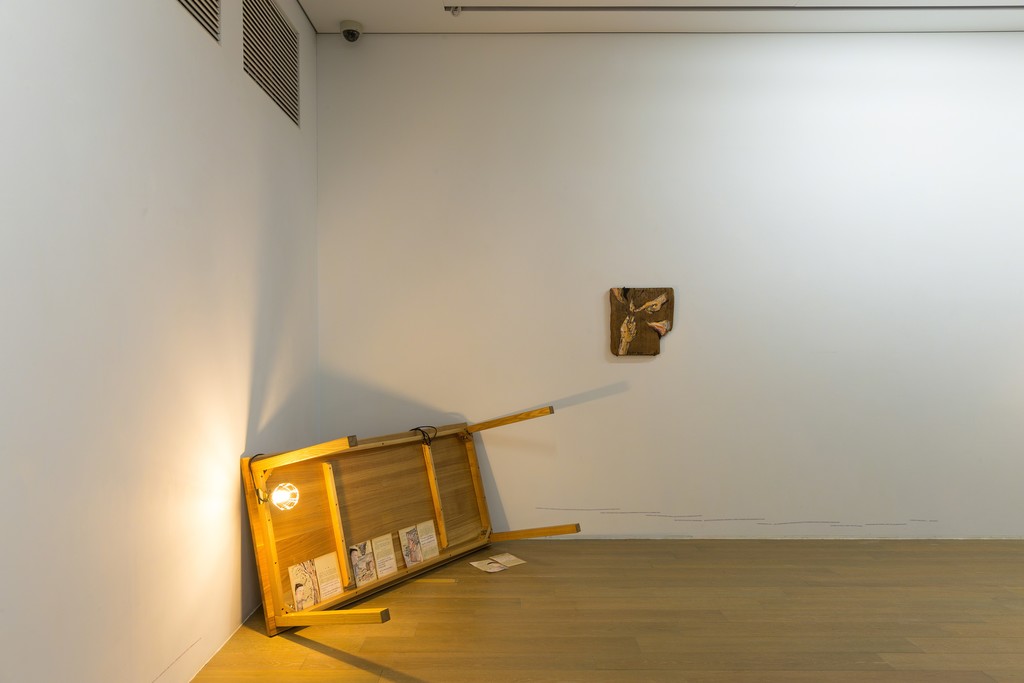 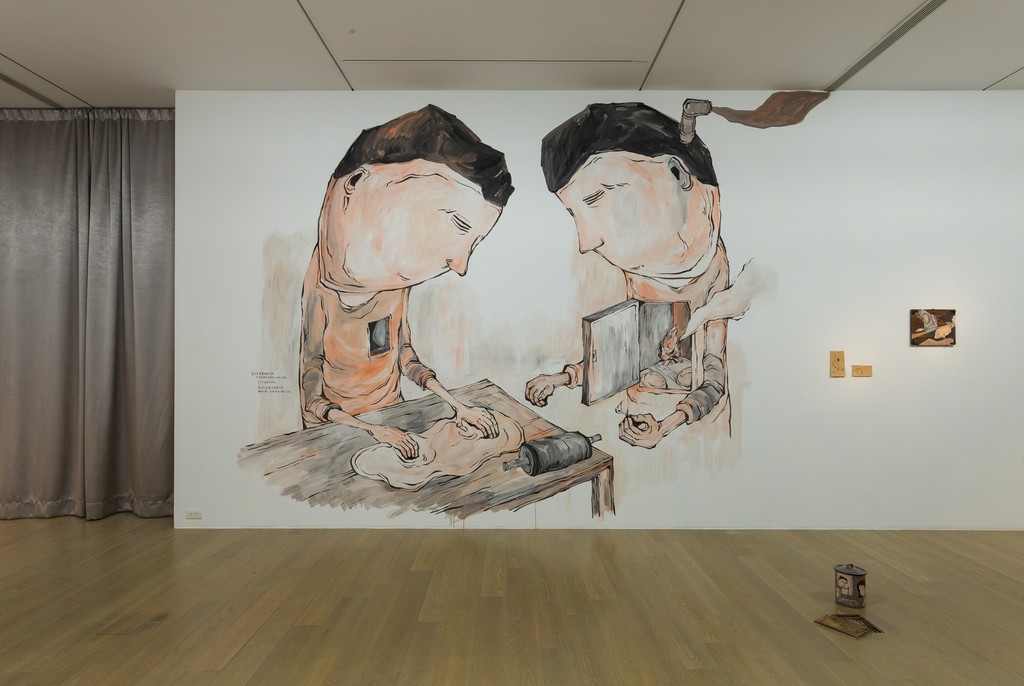 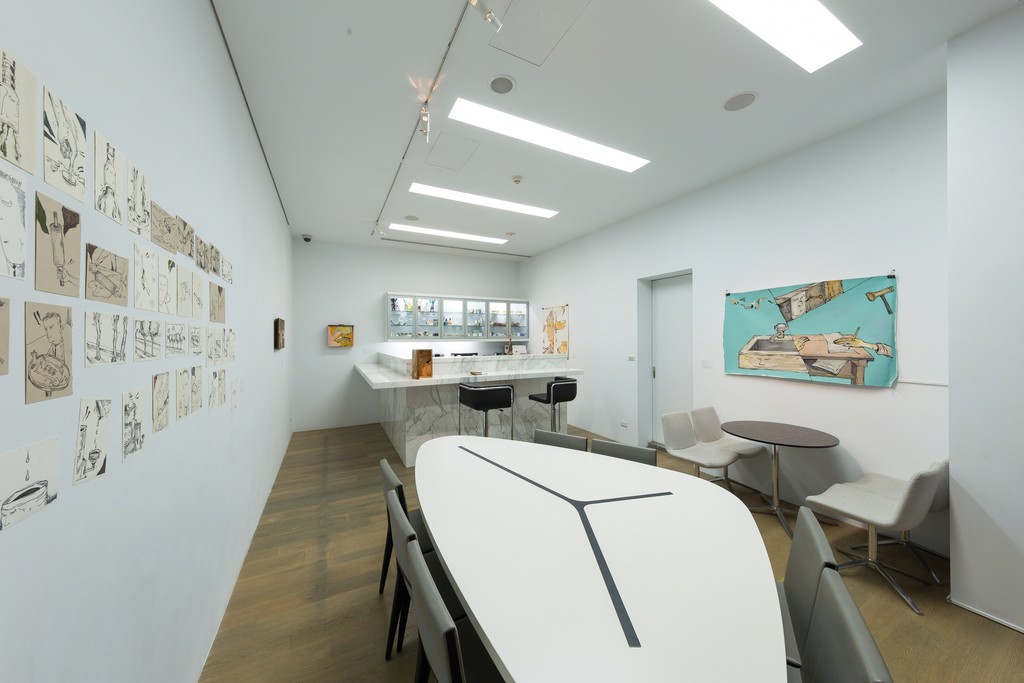 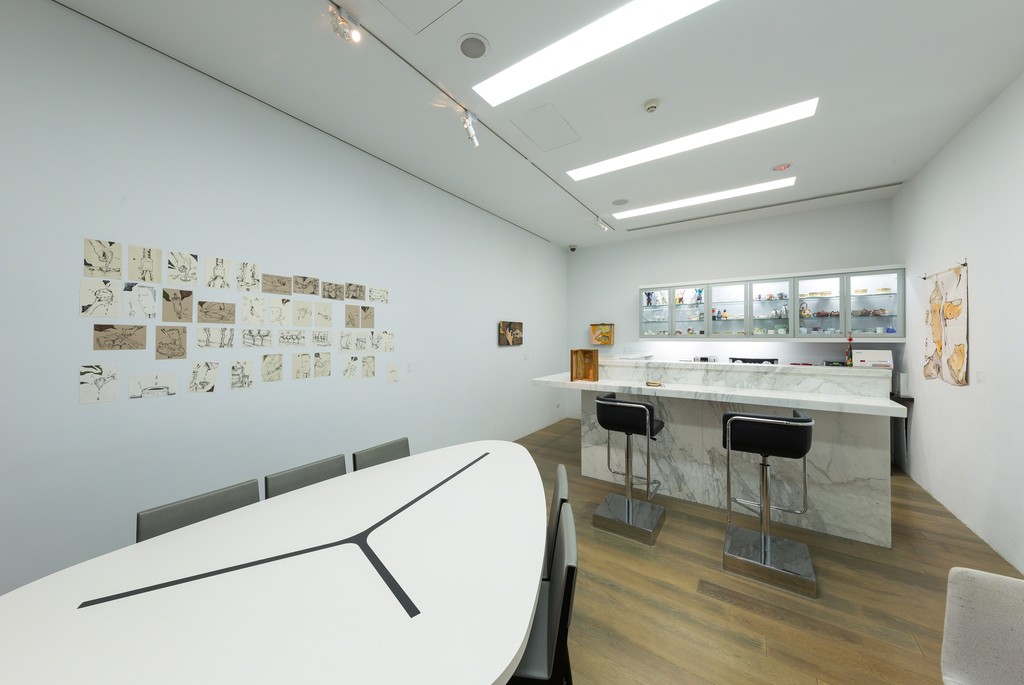 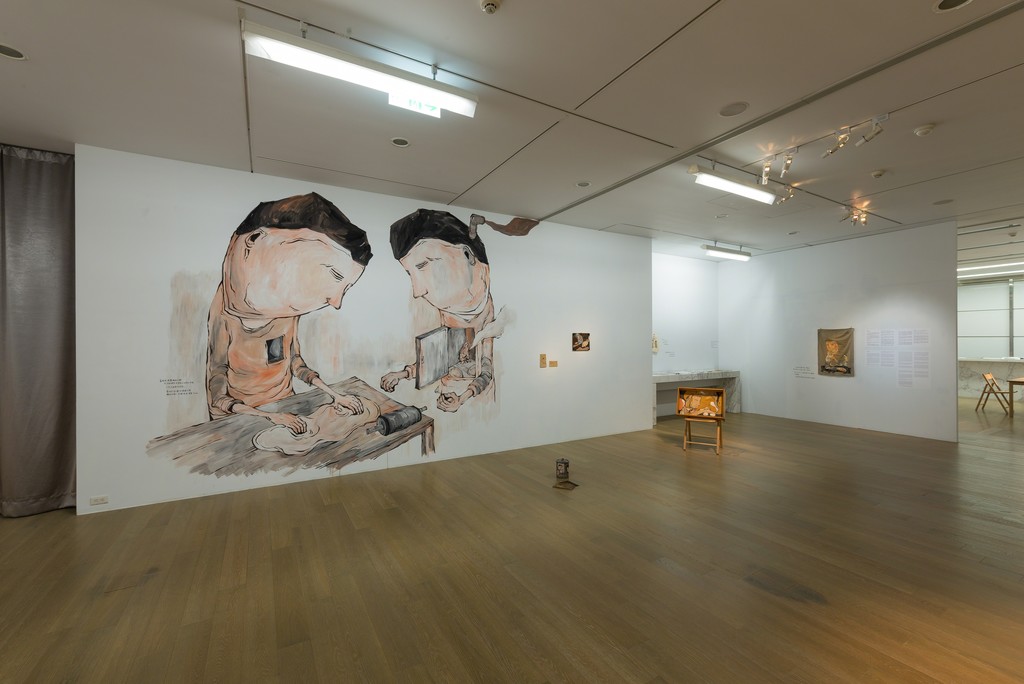 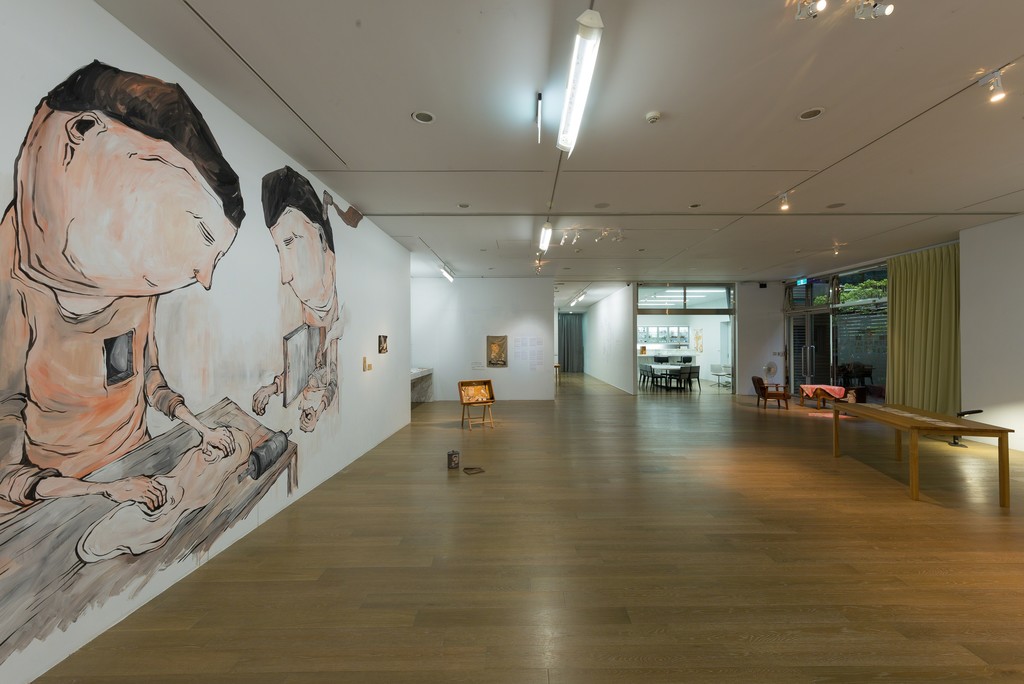 Artist Candy Bird is once again holding his solo exhibition "What a Neat Painting" at Liang Gallery. He is a Taiwanese street artist whose works of art are hidden on the corners of the streets, ruins or private spaces in Taiwan. His inspiration is around human beings, and focuses on the connection of history, social issue and equality.

Candy Bird is good at utilizing his chosen space and objects. In this solo exhibition, he combines many daily home items with his paintings and texts written by him that tries to present the thin line between ideologies as well as the ways to shatter daily routines. Also, he tries to piece together the disordered reality and the exit imagined by himself. Candy Bird has long observed the manner in which his friends, who are of the same generation as he is, get along with elders. He put these observations into words and integrated them into his paintings. It became a healing and nagging approach to look deeper into the relationship between ideology and people in the aging Taiwanese society, resulting in a series of works.

The name of this exhibition originated from a song titled Mud, performed by the Taiwanese indie band No Party for Cao Dong: “Oh, what a neat painting. How come, how come it is full of sadness?” This song voices the aspirations that Candy Bird has had recent years. He is always looking forward to portraying some situations which people of his age undergo, as well as gazing at the absurd, hither and thither ideologies. In this exhibition, in addition to displaying metaphorical artworks, he is also mocking his street art style which always arises a beautiful illusion in others but “how come it is full of sadness?”