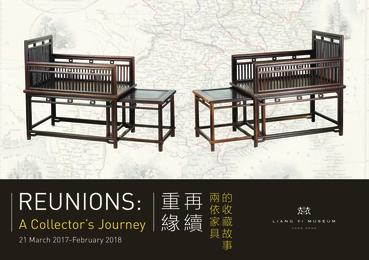 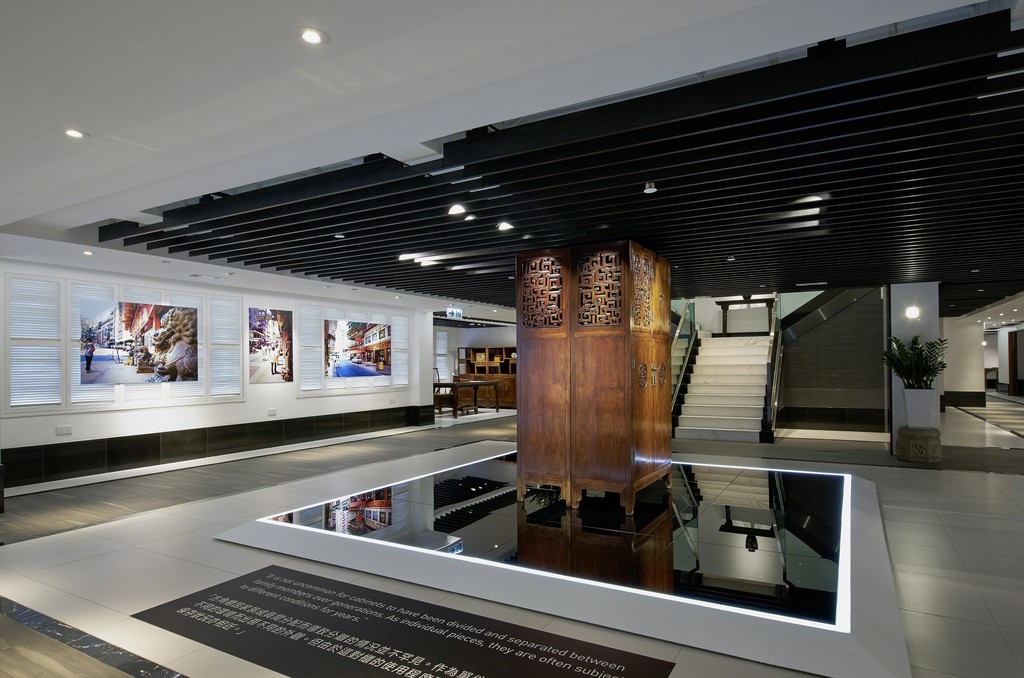 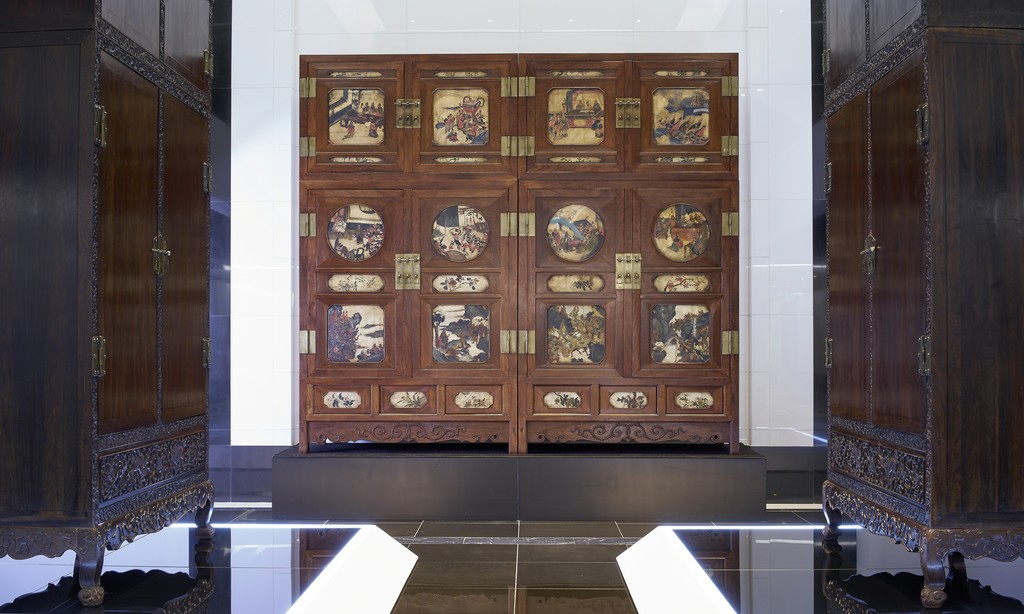 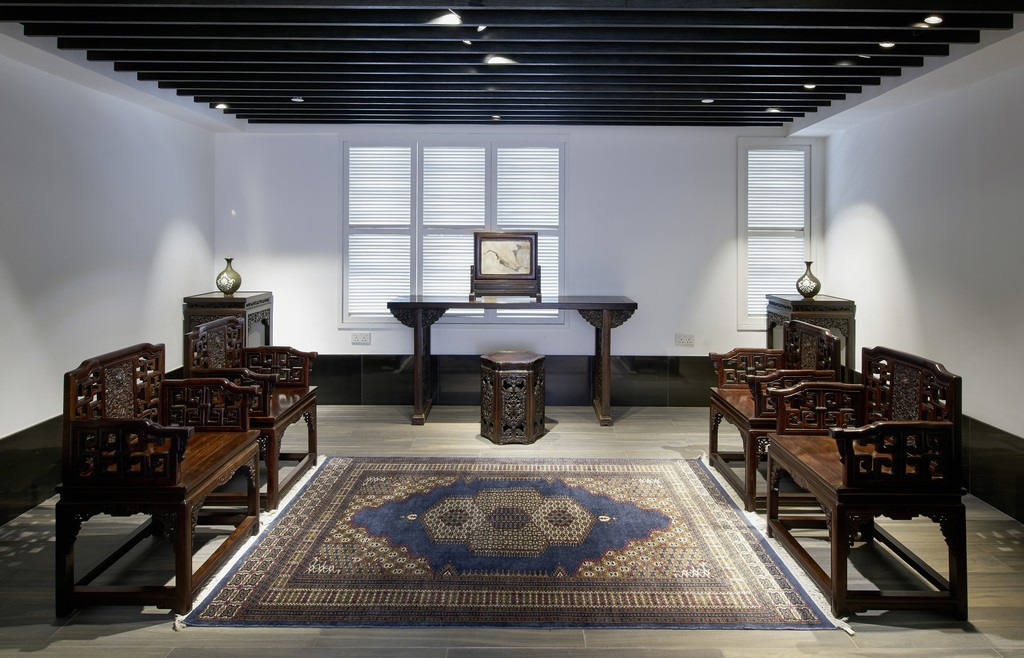 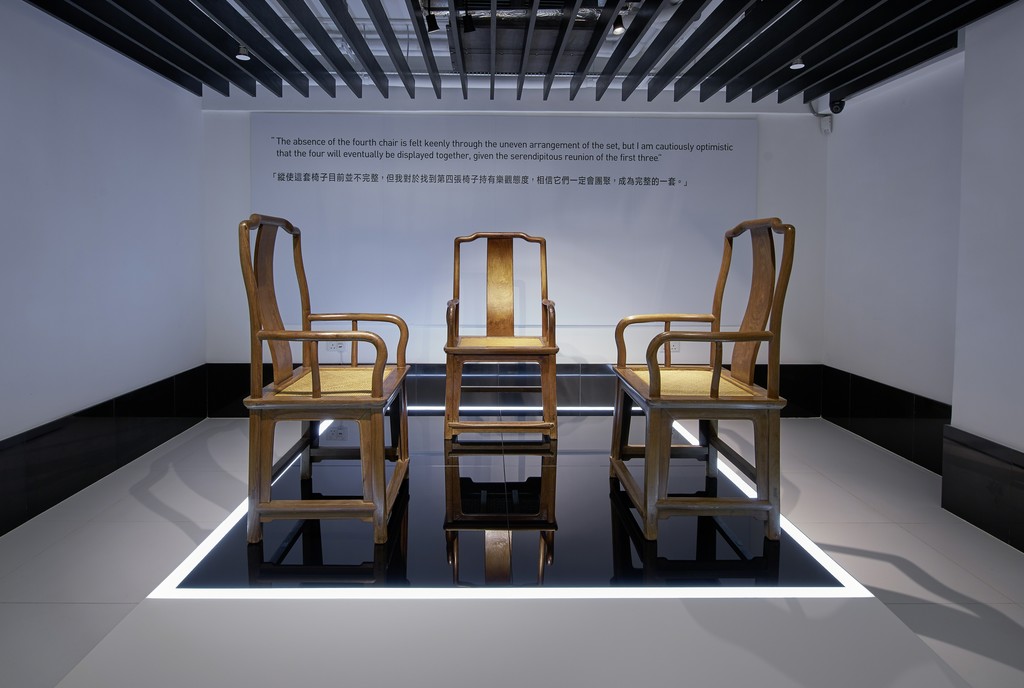 Liang Yi Museum is delighted to announce its exhibition Reunions: A Collector’s Journey, opening on 21 March 2017 and running until February 2018. Inspired by the three movements of Beethoven's Les Adieux, or Piano Sonata No. 26, Das Lebewohl (The Farewell), Abwesenheit (The Absence) and Das Wiedersehen (The Return), this exhibition explores the relevance of the themes of loss, absence and return in the process of building a collection. Featuring over one hundred pieces of Chinese furniture from the Ming and Qing dynasties, Reunions: A Collector’s Journey tells the story of how Liang Yi Museum’s first collection was built and how Peter Fung, the museum’s founder, spent decades reuniting antiques—ones that had originally come in sets—with their long-lost counterparts.
“This exhibition marks the third anniversary of Liang Yi Museum,” says museum director Lynn Fung. “In our experience, one of the questions that our visitors have always asked and wanted to know more about was how the collection came to be built, the difficulties, the joys. With Reunions, I think it’s a great opportunity to address this, and share with our visitors a more personal perspective of what it really takes to build a world-class collection.”
Liang Yi Museum is home to one of the world’s most comprehensive collections of antique Chinese furniture from the Ming and Qing dynasties. Pieces shown in this exhibition include standing screens, stools, daybeds, altar tables, shrines, games tables, mirror stands, and presentation boxes. Threatened by centuries of strife, foreign interference, and China’s destruction of its own heritage during the Cultural Revolution, fewer than 10,000 pieces of classical Chinese hardwood furniture are thought to still exist. This is a rare chance for a private museum to host an exhibition on such a scale, presenting items that tell tales of China’s tumultuous history.
The furniture that does survive is scattered around the world, making collecting complete sets a daunting challenge. Many of the most important pieces in the Liang Yi Collection were purchased as incomplete sets in Hong Kong in the 1980s, and it took up to three decades to reunite these antiques with their counterparts. For example, one of a pair of 19th century zitan lounge chairs in the collection was bought in Hong Kong in the late 1990s, but it was not until 2010 that Peter Fung tracked down its counterpart, which was up for sale at a Christie’s auction in New York.
Each of the pieces in the exhibition provides an insight into the tastes and habits of the collectors and dealers who handled them over the years, and some of the antiques have been used in ways that their makers never intended. One highlight example—and also the largest piece in the exhibition—is a pair of 17th century cabinets from northern China made from huanghuali, which were made into a hi-fi cupboard in the 20th century, complete with newly-drilled holes for wiring.
Other items have a more mysterious history. One incredibly rare pair of 17th century cabinets made from zitan and huanghuali was discovered in the 1970s in the city of Wuwei, in Gansu province, though it is highly unlikely that they were local products. The intricate carving and ornamentation suggests that they were made elsewhere in northern China and—as Wuwei was historically an important trading centre at the intersection of the Silk Road and Great Wall—they may have been brought to the city by a wealthy official or merchant. A similar pair is on show at the Metropolitan Museum’s Astor Garden Court and Ming Room in New York. The exhibition will use objects such as these to discuss not only China’s history on the Silk Road, but also the diverse tastes and distinctive styles of its many regions.
Although many of the items on display have been reunited with their counterparts, some have not, which allows the exhibition to investigate the role of absence in the process of building a collection. A set of three 17th century “southern official’s” armchairs were originally part of a set of four, eight, or sixteen. Made from rare huanghuali wood, they may be the most solidly built chairs of their type still in existence, but the rest of the set has never been found. Although the absence of the remaining chair is felt keenly through the uneven arrangement of the set, Peter Fung says that he is “cautiously optimistic that the four will eventually be displayed together, given the serendipitous reunion of the first three.”

To see the exhibition, visitors are asked to email or telephone the museum to book tickets, which will include a guided tour by one of the Museum’s knowledgeable docents in English, Mandarin or Cantonese. This provides an intimate and personalised experience, during which visitors are encouraged to interact with the collection. Both the catalogue and the exhibition will feature personal insights from Peter Fung.