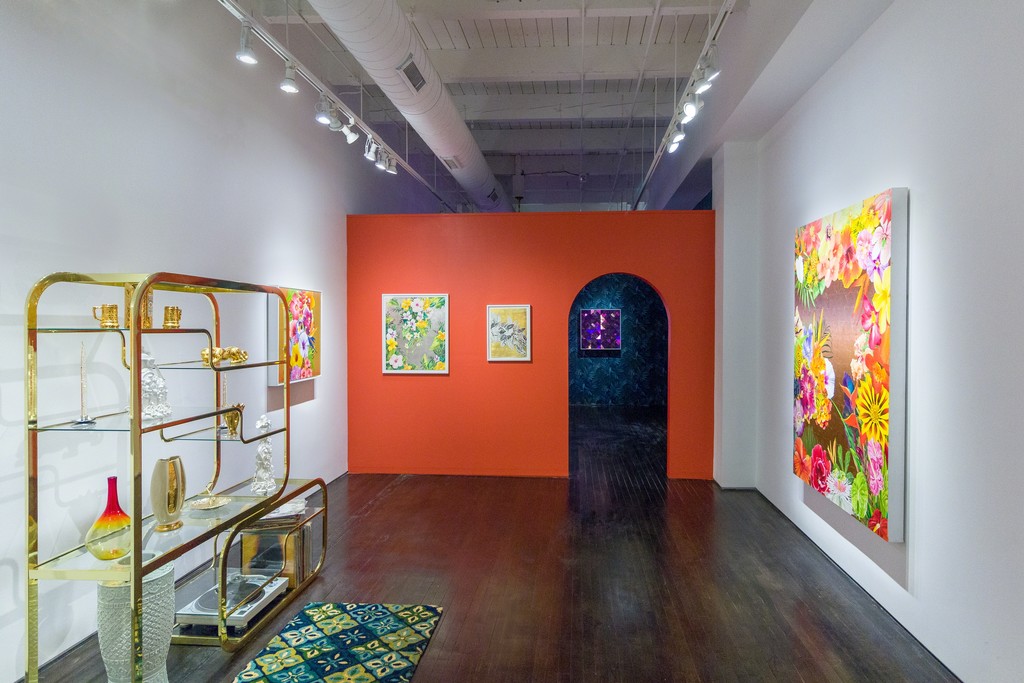 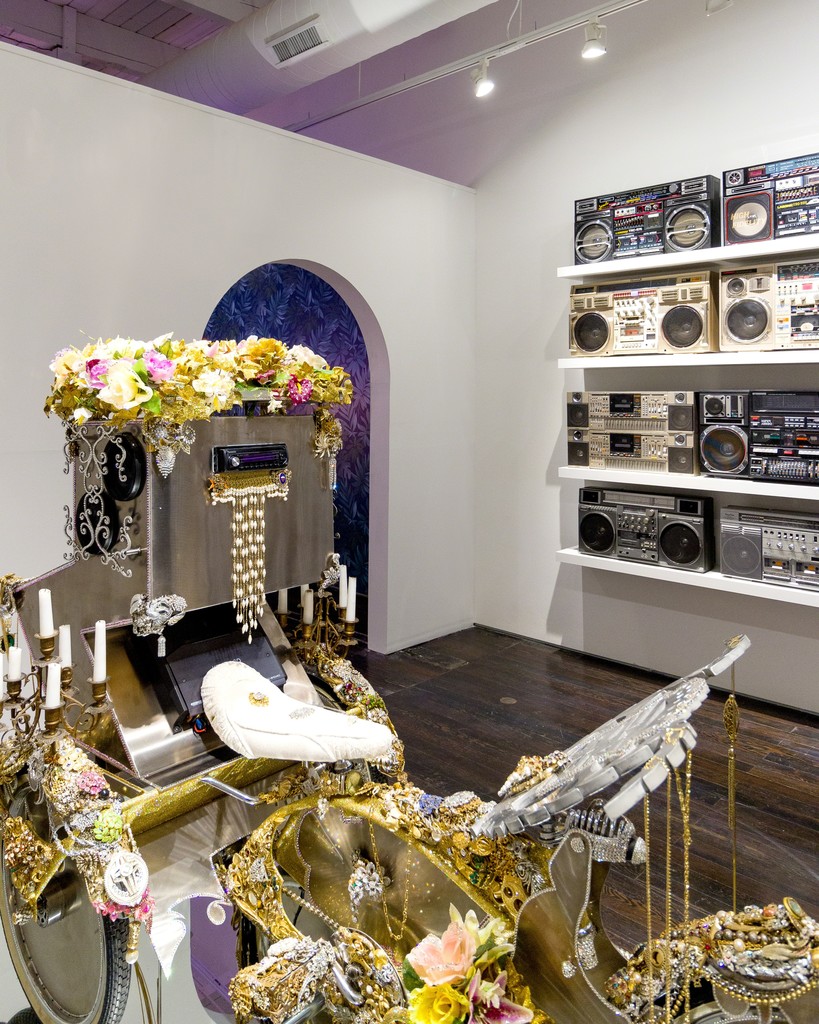 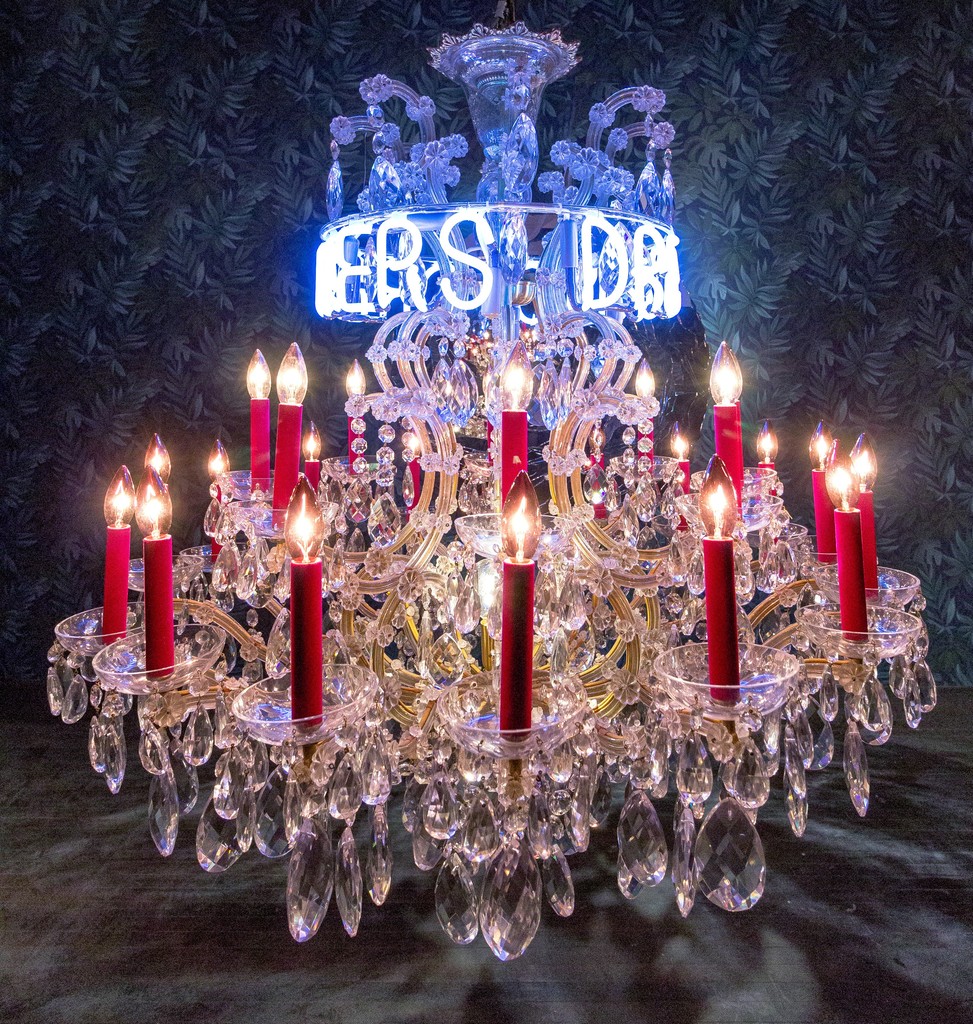 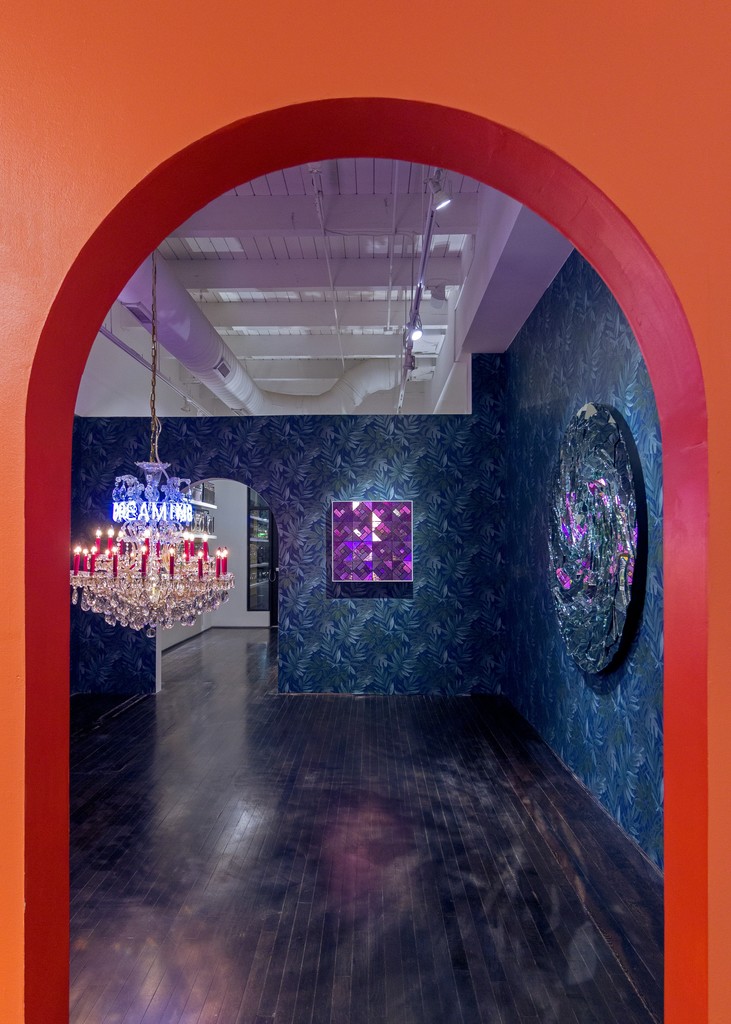 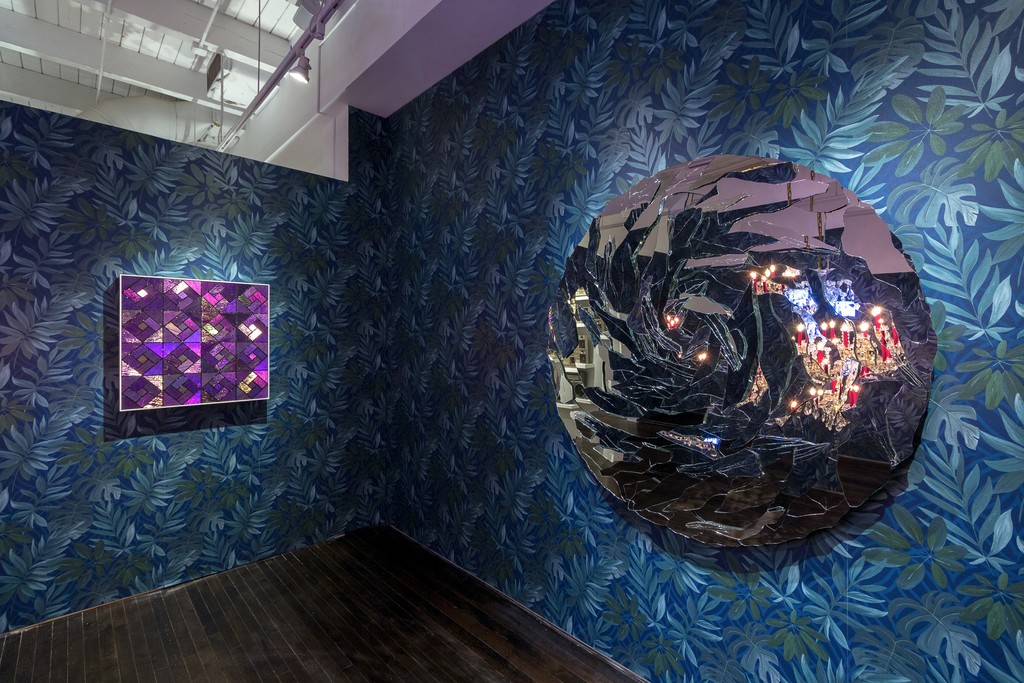 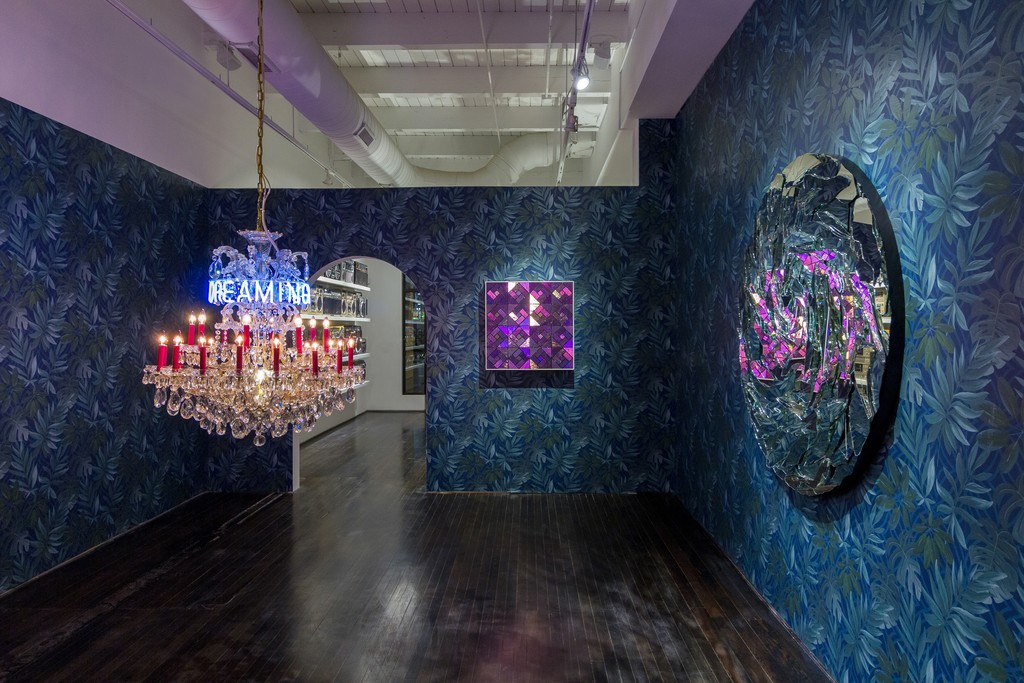 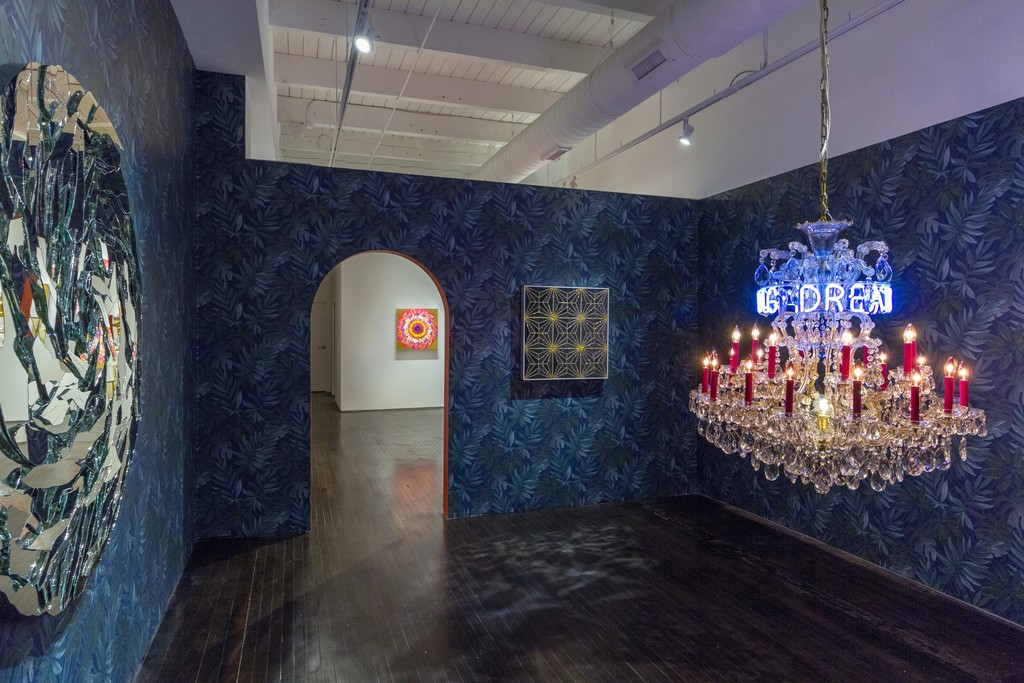 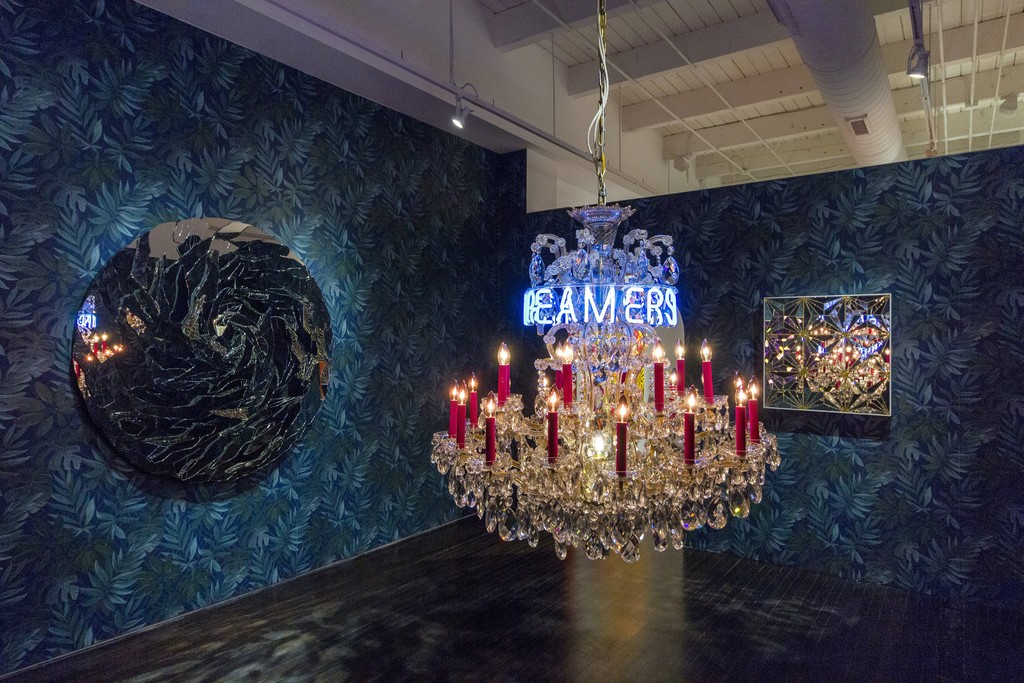 As a child of first-generation Puerto Rican immigrants to the United States, Chicago-based artist Carlos Rolón dives deep into personal memory, drawing directly from the music, color, culture and exuberance of his childhood home: “I often channel ideas from my upbringing through tchotchkes, ornaments and mass produced faux objects d’art - such as vases, light fixtures, wallpapers and textiles - which reflect a sense of “blue collar baroque” and attainable luxury.” His works are frequently investigatory, raising questions about the boundaries between working and upper class; beauty and functionality; and the public and private sphere.

Buscando América (Looking for America) will present Rolón’s paintings, sculpture and site-specific installation in a series of constructed rooms that draw from the distinct functions of assigned spaces in a residential home. The entrance displays an extravagant low-rider bicycle (The Majestics/For Louise) and a never-before-seen vintage boombox collection; while the next showcases ornate custom wallpaper and a chandelier adorned with faux gold chain and neon light. The final space is filled with hyper-realistic gilded floral works. This succession of spaces follows a path of personal evolution beginning with the artist’s youth; memories of growing up in Chicago; and the rediscovery of his roots as an adult.

Central to his opus the last few years are Rolón’s mirror paintings. “As a child I bore witness to the ways in which immigrant households adapted to new American lifestyles through everyday items. Mirrors, in particular, adorned my family’s domiciles. As a material, mirror allows a makeshift home in Puerto Rico made from cinder block and corrugated metal to seem larger than normal, and creates a grand aesthetic that embellishes the interiors. While triumphant, this aesthetic signals a process of adaptation and has become an integral component of my work.” Most recent is a circular mirrored work that was created for his solo exhibition at the New Orleans Museum of Art (NOMA) - a 60” cyclone of hand-cut mirror called Maria, which he was driven to create in the wake of Puerto Rico’s recent devastation. Maria was the first Category 5 hurricane to hit the island in 85 years, and in September 2017 Rolón partnered with the proprietors of Standby, a James Beard-nominated restaurant and cocktail bar located in Detroit, to raise funds for storm relief. Proceeds from sales at Loiza - the Belt bar/art installation that opened a few weeks prior - were donated to ConPRmetidos, a not-for-profit working with the Foundation for Puerto Rico.

Buscando América also includes photorealistic oil paintings on a background of 24-karat gold leaf, which connect to the Spanish colonial discovery of gold in Puerto Rico and the Gulf of Mexico in the early 1500s. Exhaustive looting required the removal of tropical flora and vegetation in order to access the riches, and over time 4 million euros in gold was extracted. The pieces reference this ravaging of natural resources, and as such they manifest the same complex histories - as well as dichotomies - that Rolón is known for: “These works represent my reimagined replacement of the natural beauty that lived and breathed atop the very mineral that brought wealth and abundance to colonizing cultures. They generate a sense of hope and beauty - as well as melancholic notes from the past - and contrast the ideas of nature and territory.”

Buscando America will open at Library Street Collective (1260 Library Street, Detroit) on April 7 and will be on display until June 2. The opening night artist’s reception will take place from 6-8PM on Saturday, April 7th.