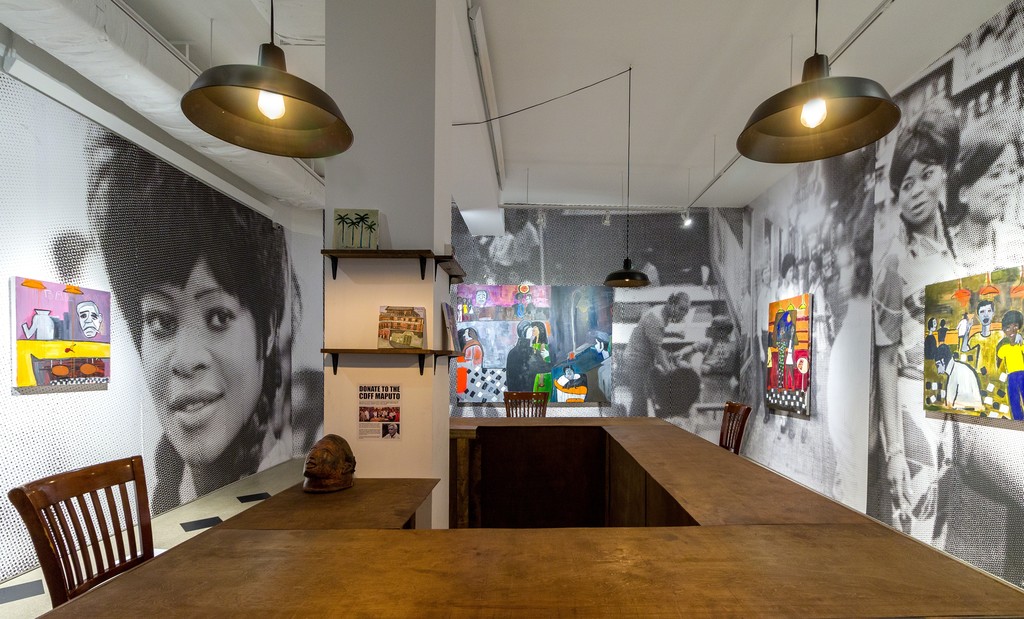 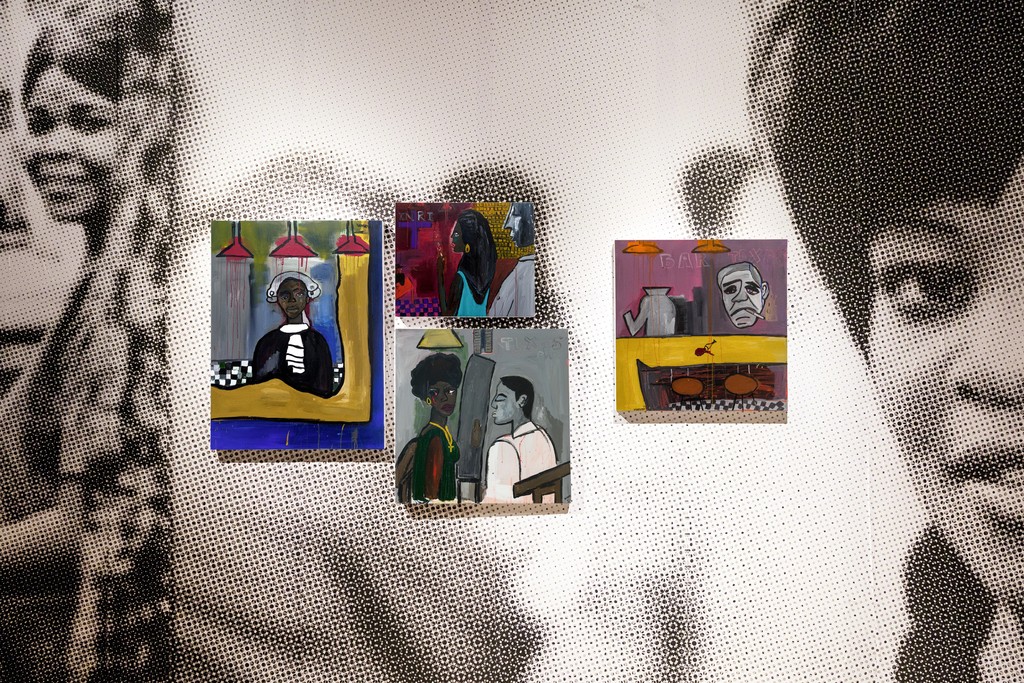 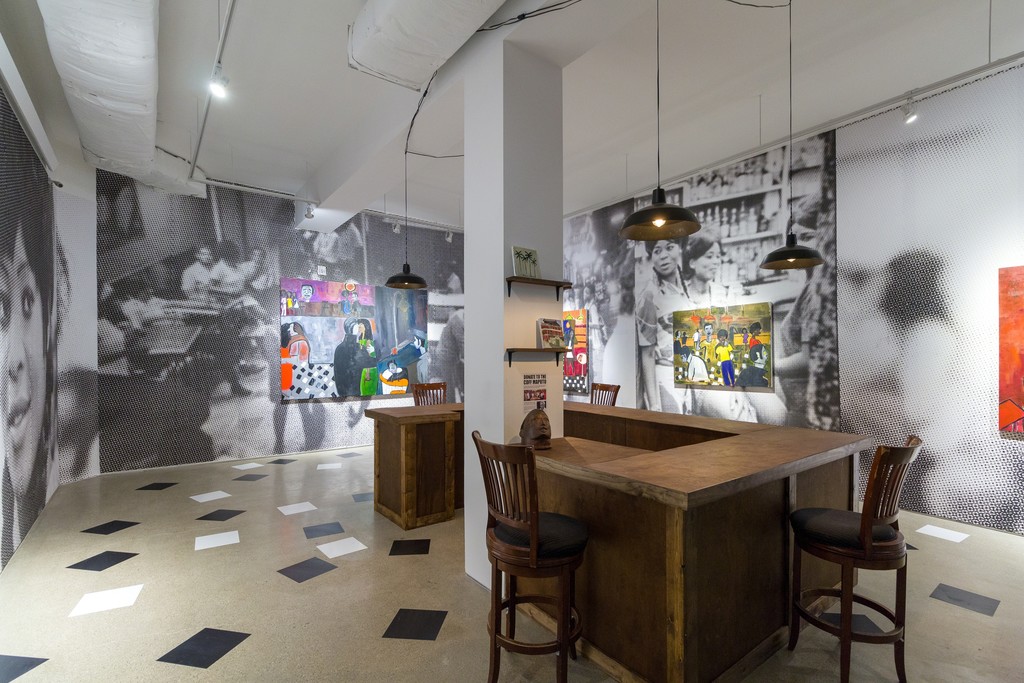 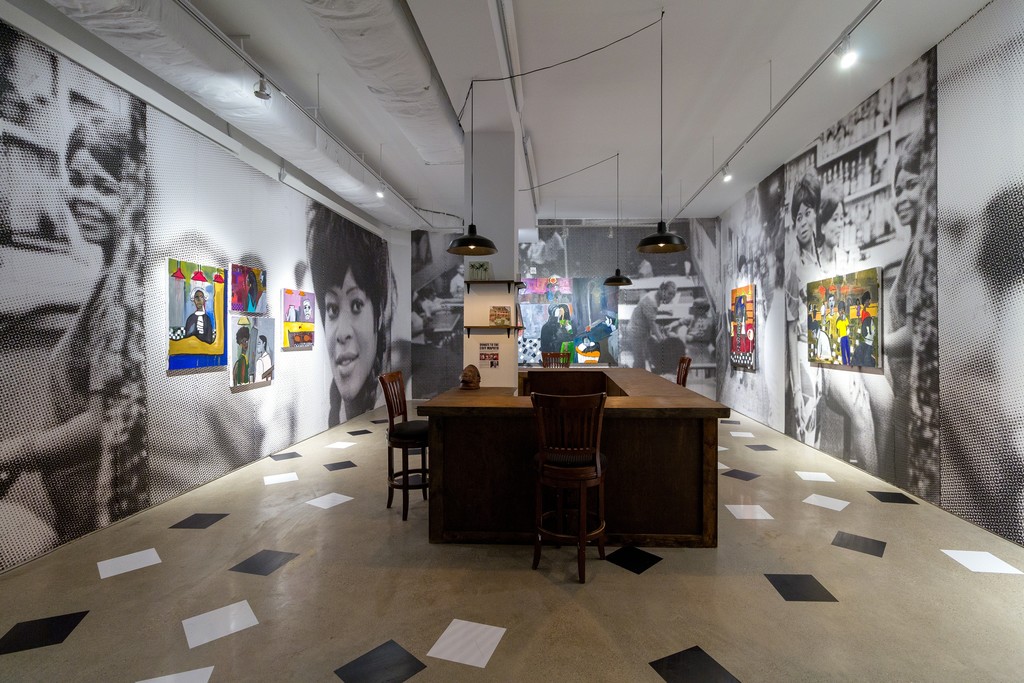 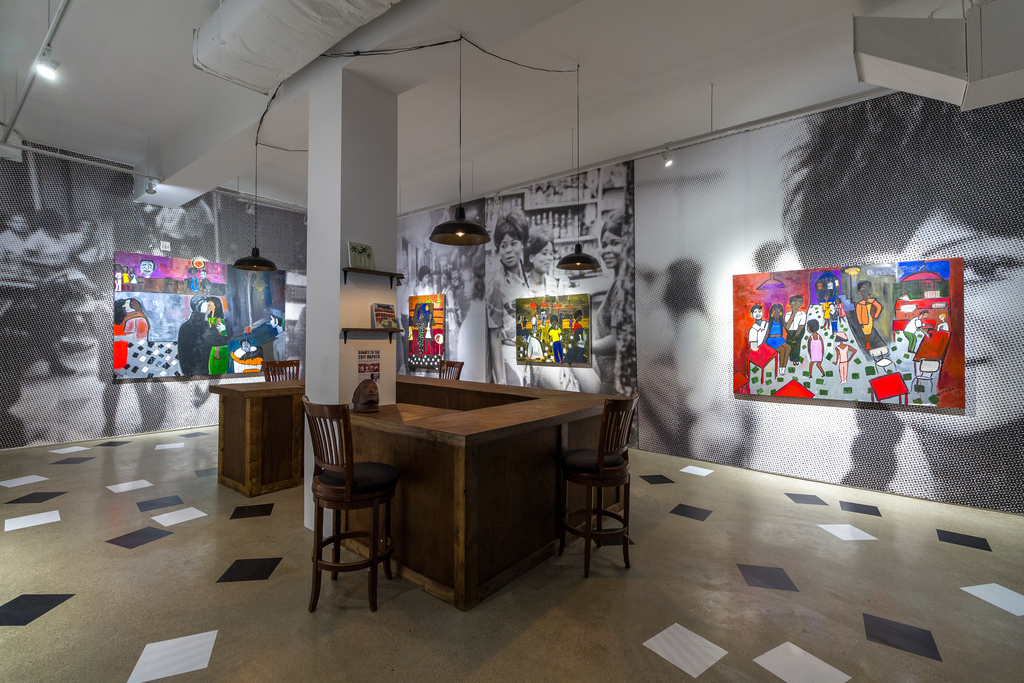 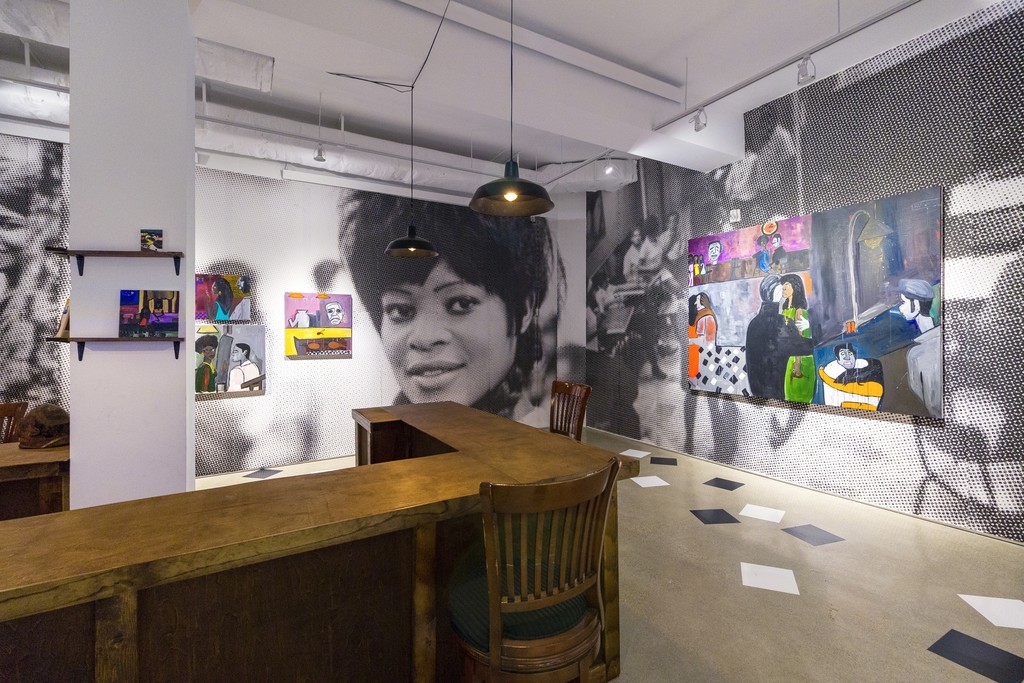 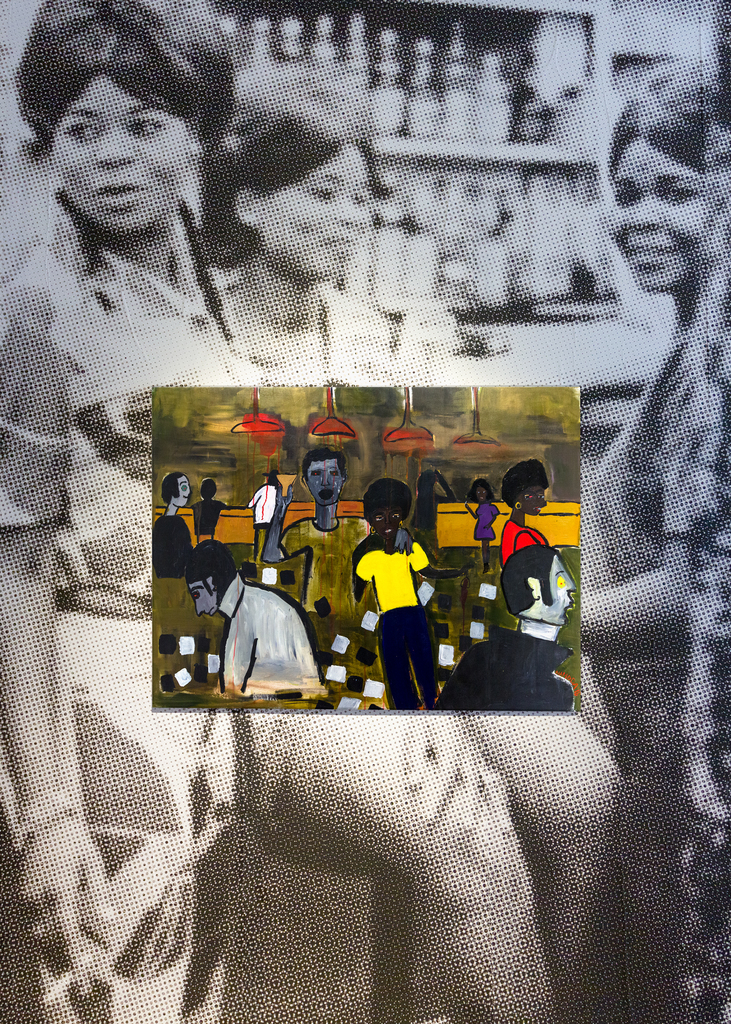 Library Street Collective is excited to announce its first solo exhibition with emerging Los Angeles-based artist Cassi Namoda. In this most recent body of work, Namoda explores her shared Mozambican roots with celebrated photographer Ricardo Rangel, best known for his series Pão Nosso de Cada Noite (Our Nightly Bread) of the 1960s and 70s. Created over the course of two tumultuous decades, Our Nightly Bread is a collection of more than 400 photographs taken during Maputo’s struggle for independence from Portugal. As a cynosure of time and place at one of the central locations in Rangel’s works, Namoda’s exhibition is titled Bar Texas, 1971.

Namoda has lived all over the world, but considers Maputo, Mozambique her home. She returns as often as possible and recently set up a studio there - as well as visited the exhibition’s namesake bar and interviewed friends of Rangel’s - to create the works for the show: “My upbringing was quite dynamic as I grew up in many different countries. I lived in Africa and also spent quite a bit of time in New York. In my 20s I moved back to Maputo. My parents raised me in a way that was quite Aristotelian, and inspired a rather peripatetic life. My work became the same.” After endeavors in fashion, curation, and art direction, she has focussed her energy entirely on painting. Wise beyond her 29 years, Namoda is empathetic, introspective, and spirited with creativity - all things that are immediately evident in her role as a storyteller. Drawing from Rangel’s work, her ties to him and to her home run deep.

Ricardo Rangel (1924–2009) was the first non-white journalist in colonial Mozambique, with many of his images banned or destroyed by Portuguese censors. With tongue in cheek, Rangel titled his series of evocative studies of bar-girls on the Rua de Araújo in Lourenco Marques’ (now Maputo) red light district as a pun on the Lord’s Prayer. The devastations of colonial control are palpable in Rangel’s documentation, and the photos of women forced into prostitution left a particularly strong impact on Namoda, saying, “I made Bar Texas on the Rua de Araújo a metaphor for colonialism in Mozambique. The translation is in the way I attempt to capture the emotions of the women and the space from Our Nightly Bread- their catharsis is amplified in the bar. The Three Marias are most vulnerable - these were the women who decided not to fight in the guerra, but needed a way to survive.”

Guerrilla war led by the revolutionary group FRELIMO (Front for the Liberation of Mozambique) finally brought independence in 1975. The Portuguese left and in a land of eight million people - where natives were forbidden from most jobs for nearly 500 years - there remained a country twice the size of California where 80% lived in rural areas and 90% were illiterate. Namoda quotes Rangel and in doing so mirrors his incitement: “Social injustices—I had to denounce them and the most damning denunciation is visual.”

Her translation of the desperation and sadness in Rangel’s black and white imagery is presented in colorful acrylic paintings that retain dark nuance. Some of the women cry as they embrace Portuguese sailors, with Namoda further presenting them as victims of circumstance that long for freedom. In converting interpretations of the photographs to painting, the artist is able to amplify and reimagine the plight of her subjects in ways a camera cannot, further branching their stories into subsequent fictions: “I have always been interested in narrative regarding cinema- how one picture can have so many different details.”

Bar Texas, 1971 will open at Library Street Collective (1260 Library Street, Detroit) on April 7 and will be on display until June 2. The opening night artist’s reception will take place from 6-8PM on Saturday, April 7th.