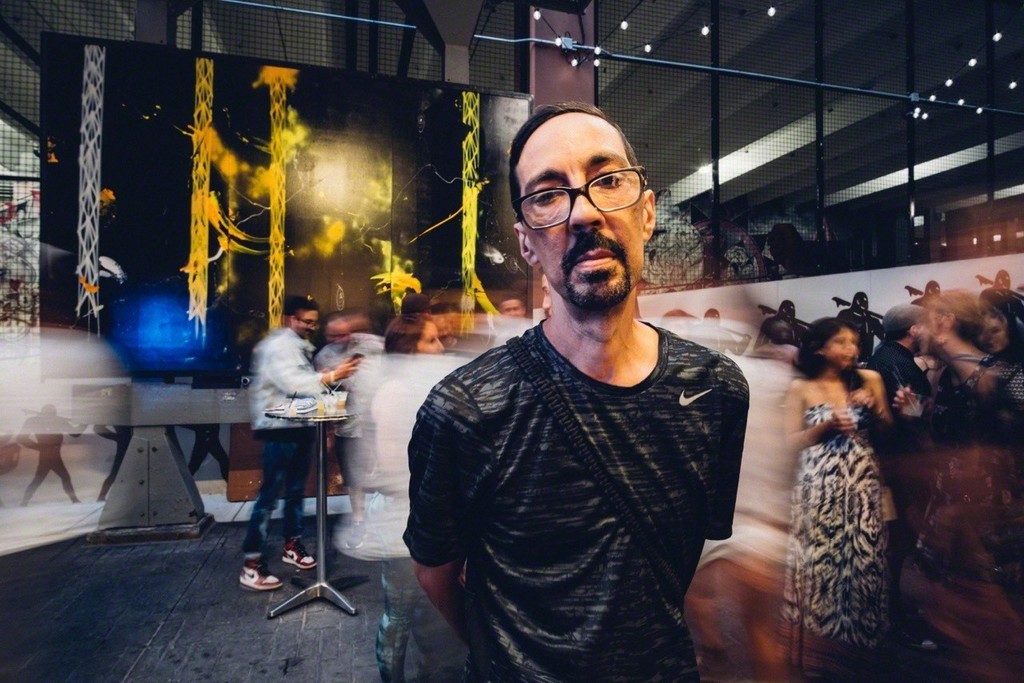 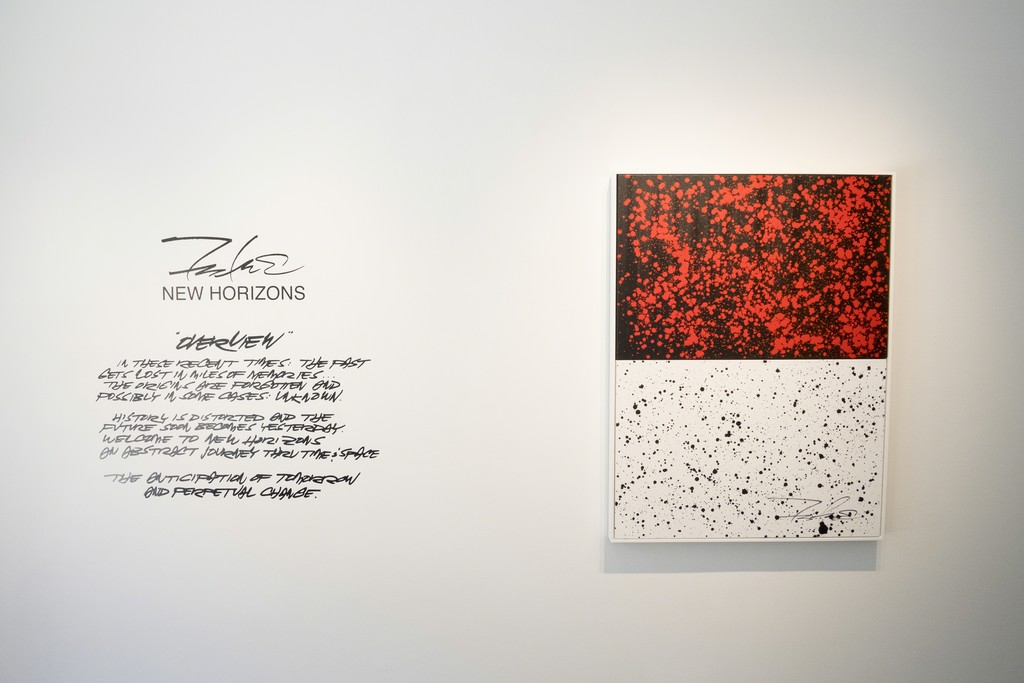 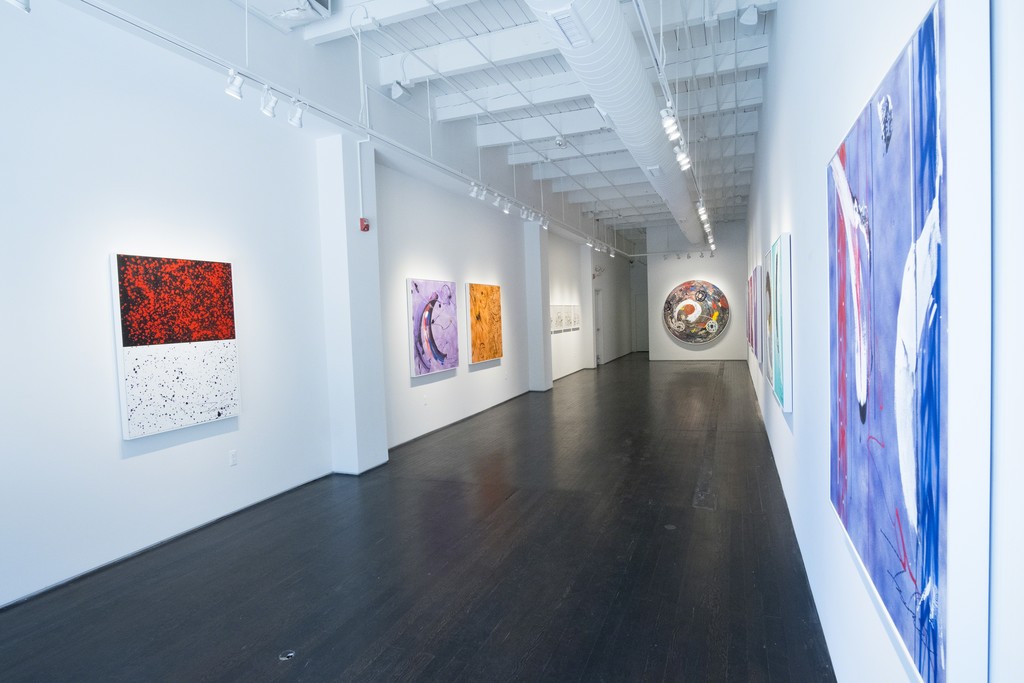 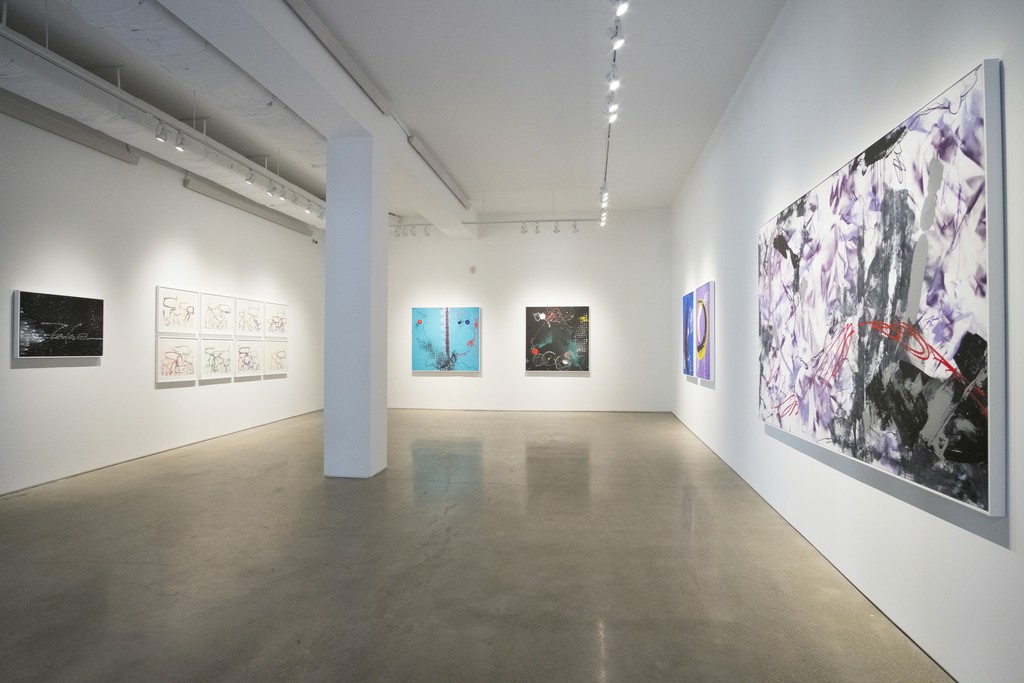 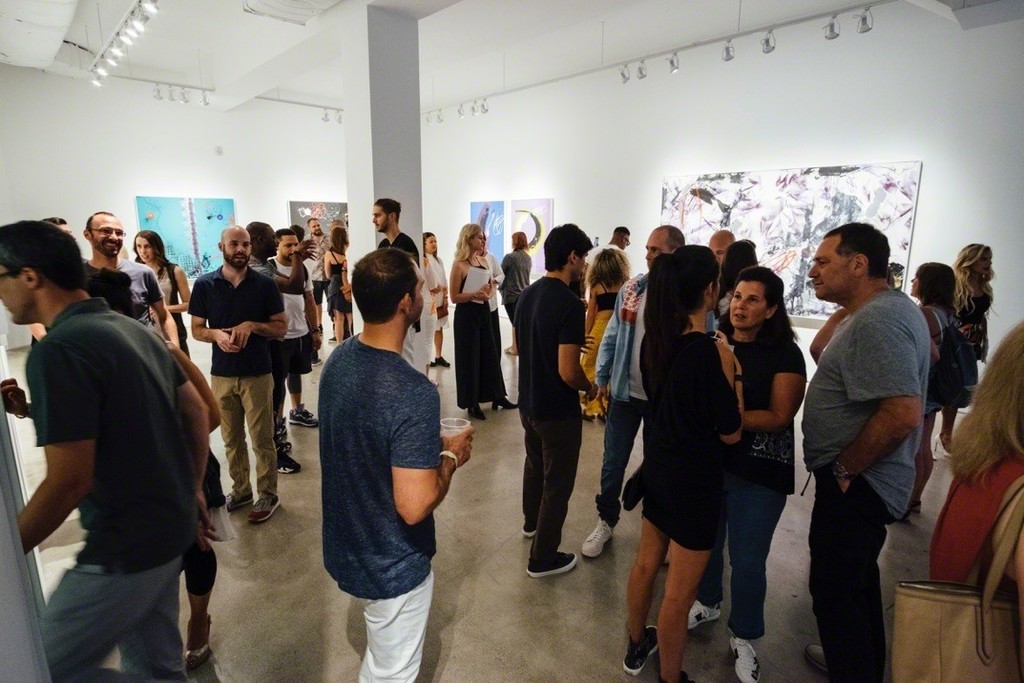 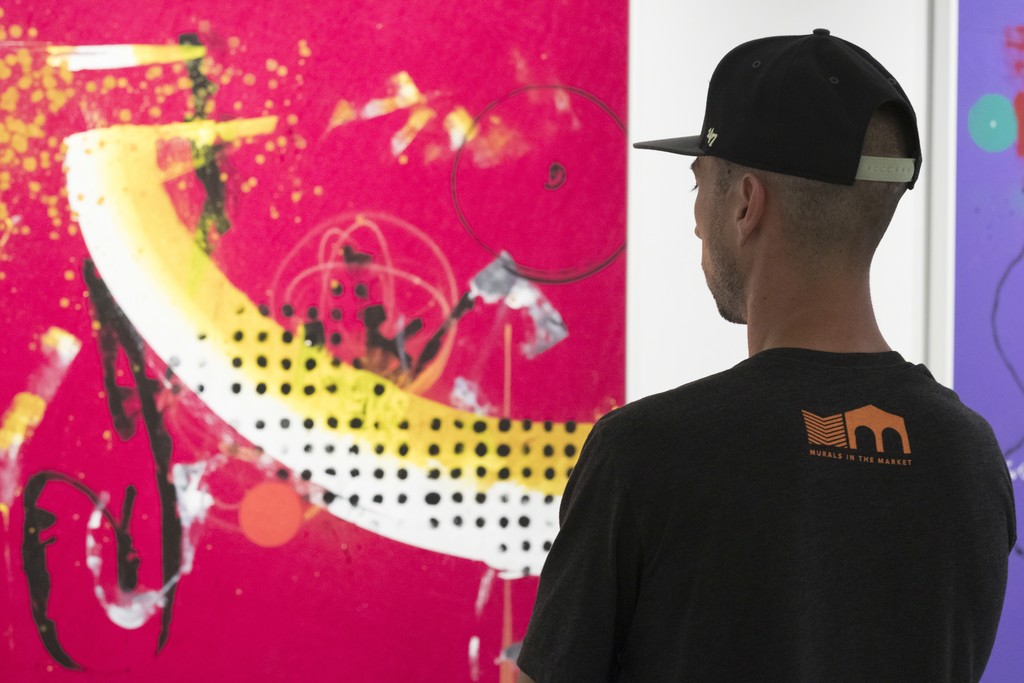 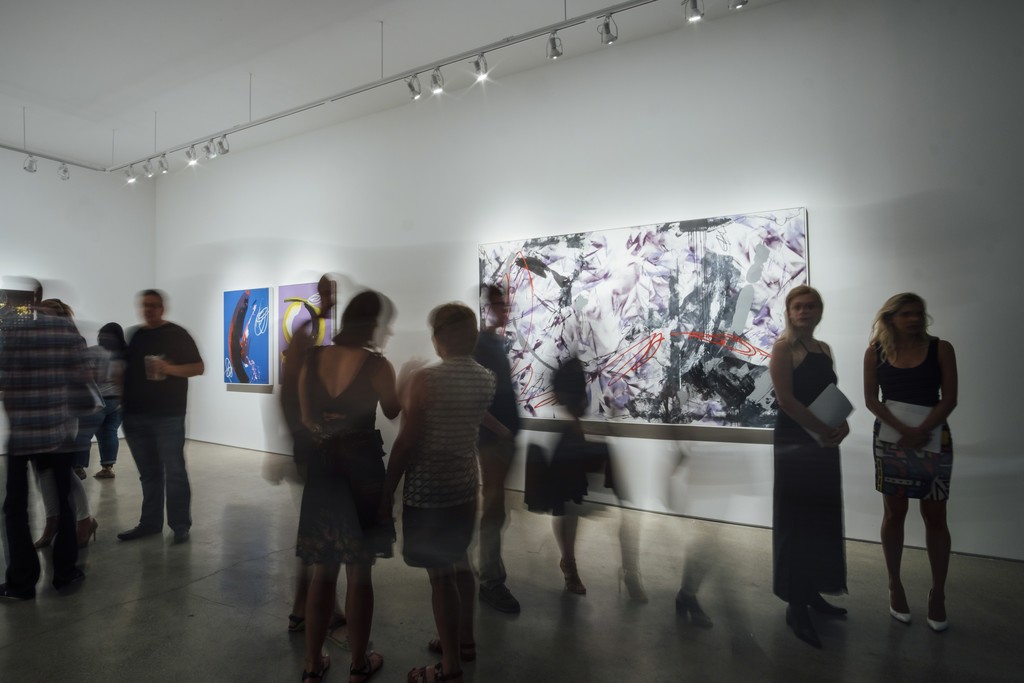 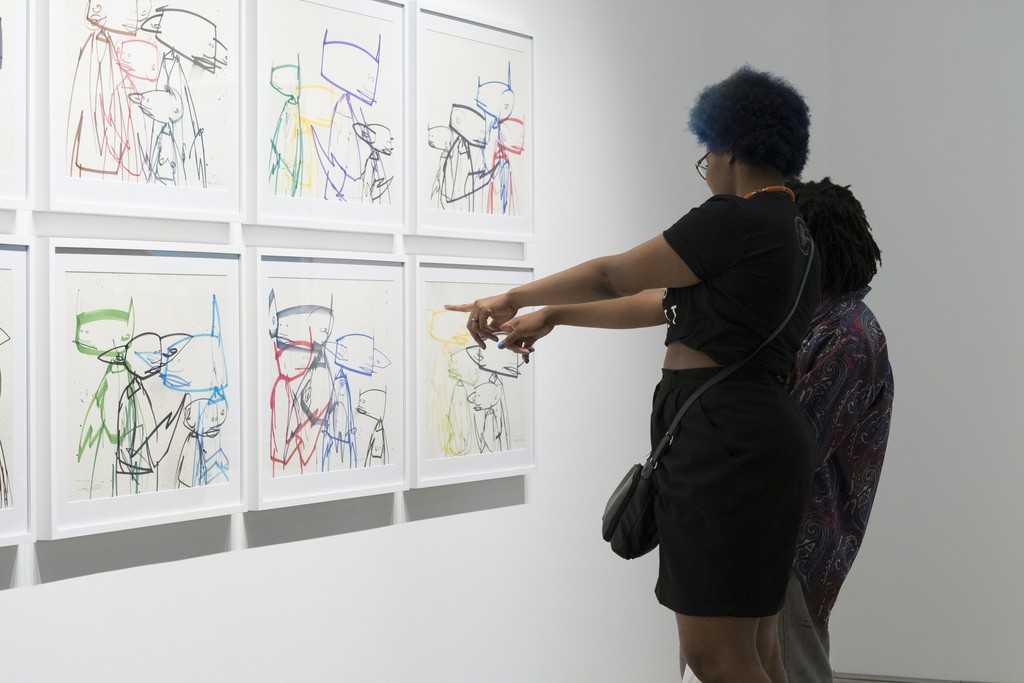 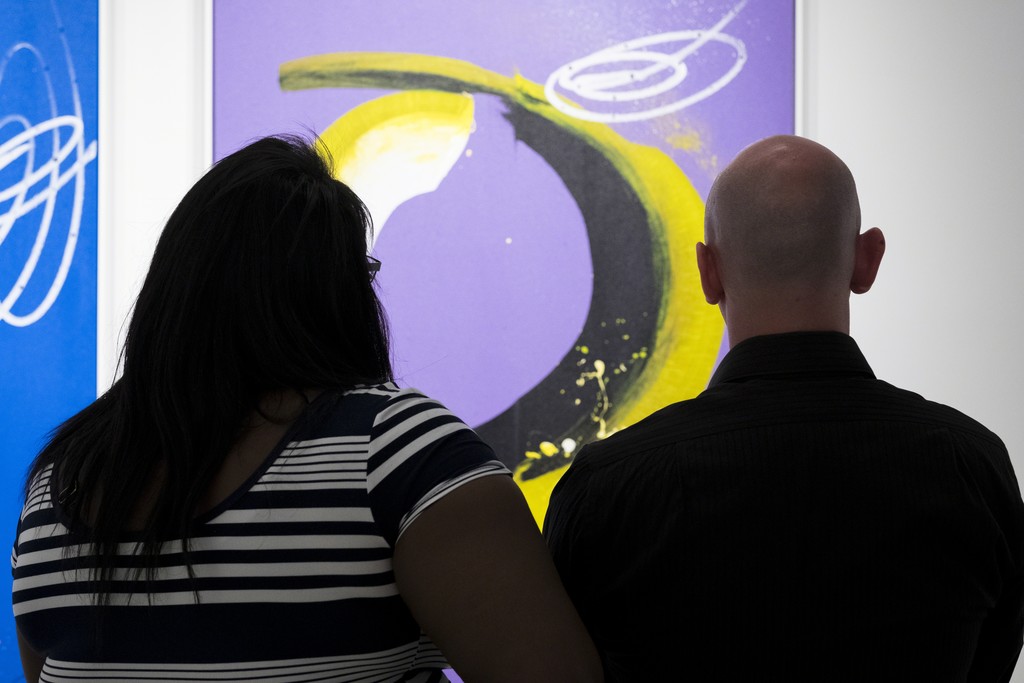 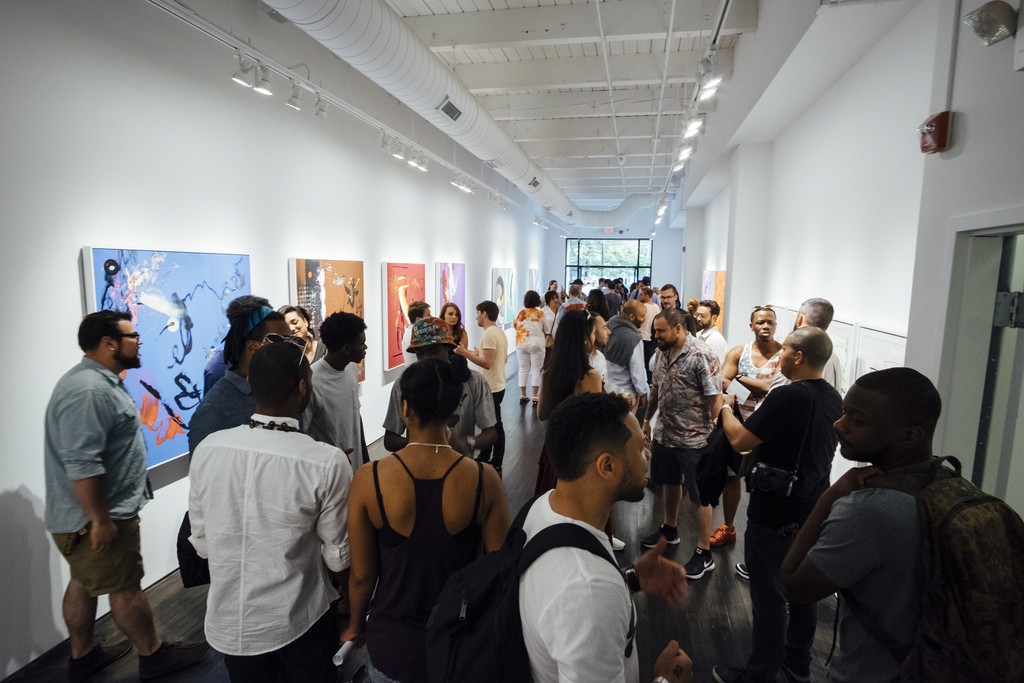 Detroit-based contemporary and fine art gallery, Library Street Collective, is pleased to announce NEW HORIZONS, a solo exhibition by the legendary artist Futura (Lenny McGurr). The artist brings his trademark abstraction along with his "sci-fi #@%!' - gyroscopes, nebulae, and lightning-like streaks across night skies - to the gallery walls and back alley public space for a new iteration of LSC's PUBLIC MATTER.

A pioneer when graffiti met contemporary art, Futura was known as early as the seventies for his radical approach in the street, introducing abstraction to an entirely letter-based discipline. His work caught the attention of the East Village Crowd in the 80s, and Futura (then Futura 2000) found himself part of a wider art movement that included the likes of Jean-Michel Basquiat, Keith Haring, and Julian Schnabel. Entirely self-taught in what he calls "the subway school", the artist was compared to Kandinsky and Klee for his mastery of color, movement and line; and friends Basquiat, Kenny Scharf and Rammellzee for his progressiveness and of-the-moment relevance. McGurr has gone down in history as the first to cover an entire subway car in the abstract style.

Radical then, his methodology can now be viewed over the span of decades as something consummately pure. When compared to the many street artists who have come along since, Futura's work still stands apart for its subtlety, use of white space, and elemental quality. The artist knows all that is needed - as it was at the beginning - are clouds of primary color, arresting movement, and skillful tricks with a spray can. Insight and proficiency have kept him relevant for 40+ years with no signs of slowing down, and successors have yet to match Futura's impossibly thin aerosol lines. NEW HORIZONS at Library Street Collective kicks off a new era for Lenny - one he's dubbed his "third act" - that will prove once again his service to reinvention and perpetual motion forward.

In preparation for the exhibition, McGurr spent a week in Detroit painting at a Broadway St. studio, a decision that had everything to do with channelling the city into his work. With titles like Shelby Yellow, Pistons, and Tiger Stripe, local fans will be thrilled to see paintings by a graffiti legend that reference Motown so intimately. Placed on a billboard across from the gallery, one work even includes maps of downtown set behind a crew of signature characters.

Coinciding with the exhibition, Library Street Collective has partnered with Bedrock Detroit to unveil a new series by Futura for PUBLIC MATTER, on view in the vibrant outdoor space of the BELT Alley. PUBLIC MATTER features a rotating exhibition of large-scale paintings by the most recognized and celebrated names in contemporary art. The 5 works are united by a black backdrop, bright palette and energetic strokes; and will stand as testament to Futura's continuing influence in the dynamic space between high and low art. The opening night artist reception for PUBLIC MATTER: FUTURA and NEW HORIZONS at Library Street Collective will take place on Saturday, June 18 from 6PM - 9PM; the party will spill out into the BELT alleyway, making it a summer event that can't be missed.

Futura's past exhibitions include those at Fun Gallery, Tony Shafrazi Gallery, Philippe Briet Gallery, Galerie du Jour Agnes B., and Galerie Jerome de Noirmont; as well as Museum exhibitions New York / New Wave at MoMA PS1 (1981), Coming From the Subway at the Groninger Museum (1992), Beautiful Losers (2004) and Art in the Streets at the Museum of Contemporary Art Los Angeles (2011); as well as countless murals over the span of his career, including those at Jeffrey Deitch's Coney Art Walls and the iconic Houston/Bowery Intersection, NYC (2015).

NEW HORIZONS will be on view at Library Street Collective (1260 Library Street, Detroit), from June 18 - September 3. For more information, visit LSCgallery.com or email [email protected] for an exhibition catalog.