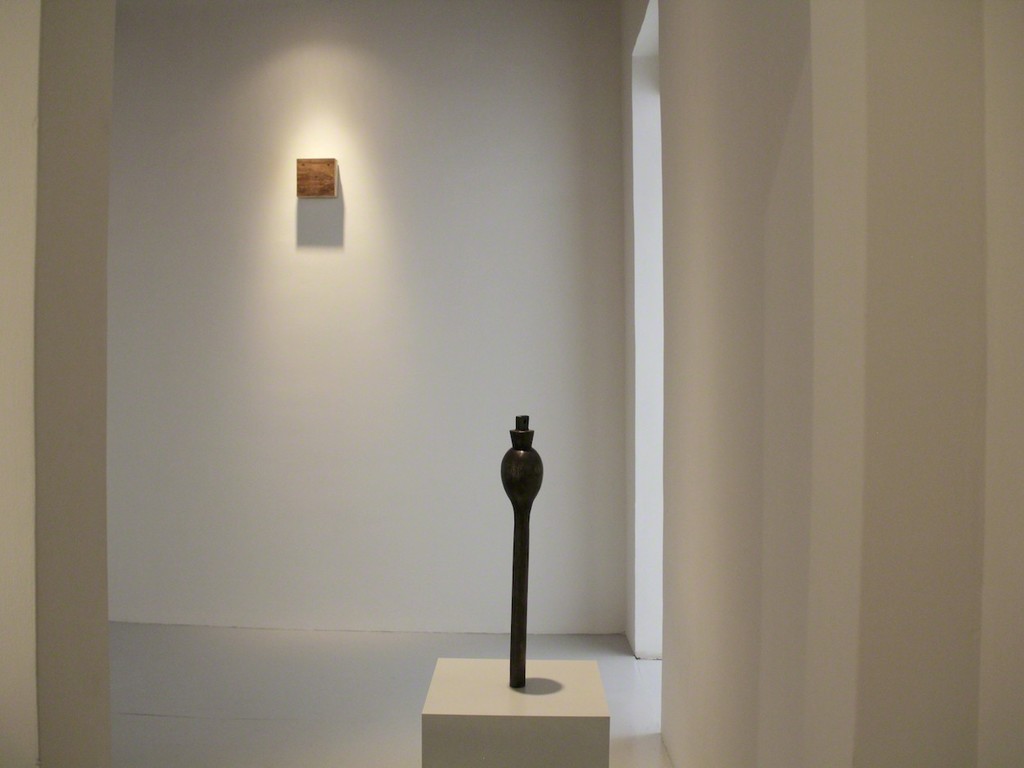 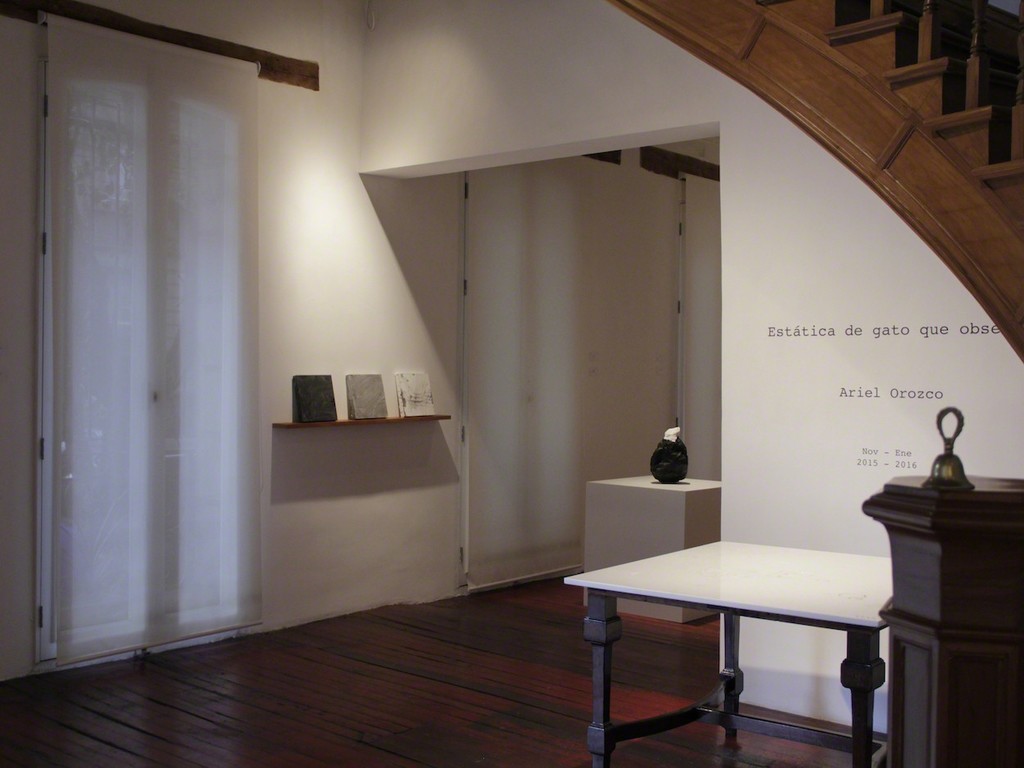 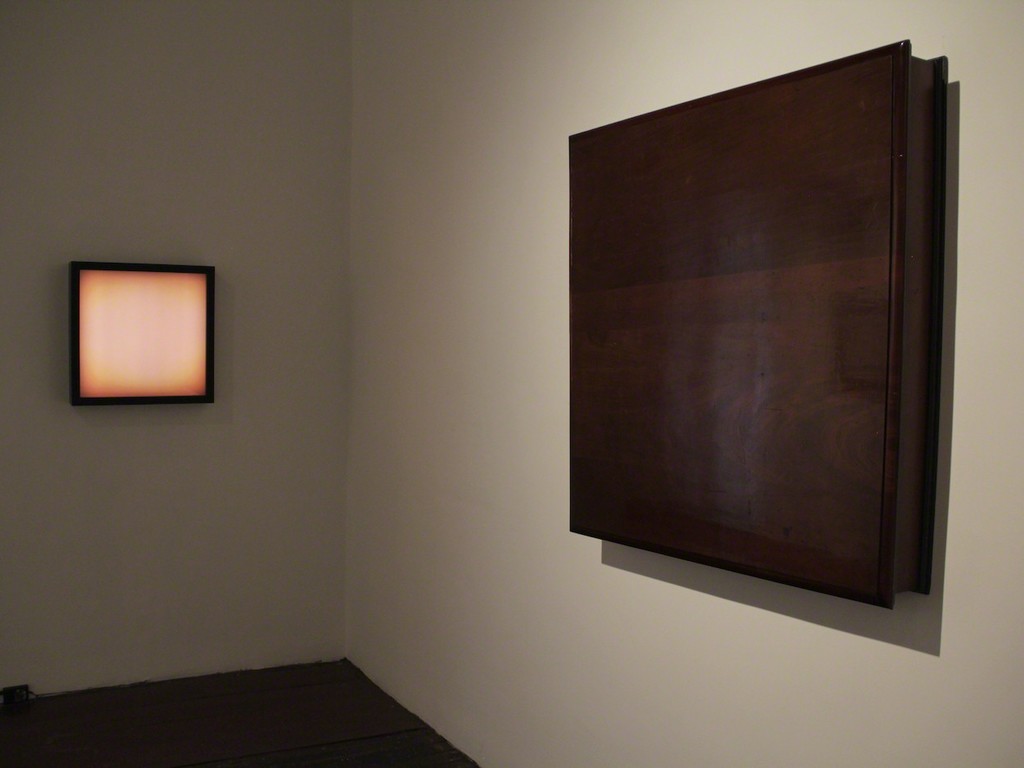 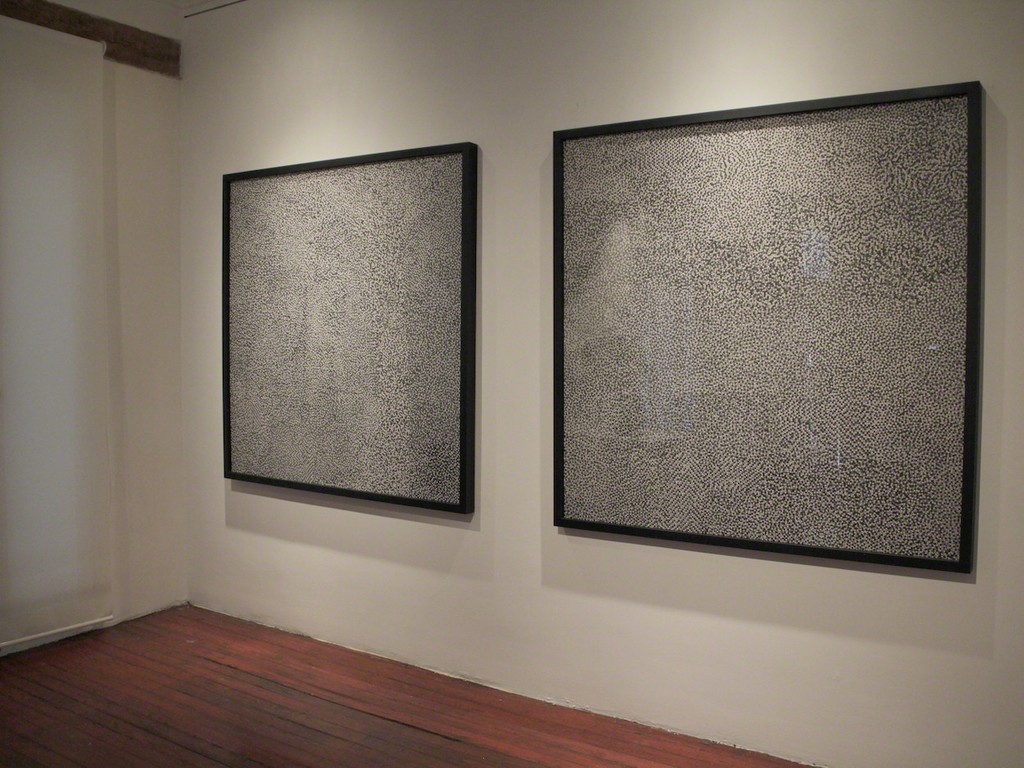 Behind every Ariel Orozco’s piece there are complex processes that eventually materialize into apparently simple works. The 15 works presented by the Cuban artist in ‘Estática de gato que observa’ share the fact that they have been altered in a minimal way to generate a maximum effect.

In “Aquiles”, Orozco takes a marble stone and submerges it in ink keeping his fingers and the top of the rock clean from the black ink. A wink that refers to the incomplete protection that received the hero of Troy and that became his fatality.

Abstraction and visual simplicity are combined in this exhibition, where dualities and opposites generate discourse. Ariel’s work develops towards the search for contemplative spaces of creation: moments of clarity where time almost stops existing and the piece emerges without too much effort.

His works into the wall are like windows to look out to another dimension, since the square formats that he chooses focus the attention and invite to observe from a neutral position. The spectator is witness to the artist’s eyes that look for the extraordinary in everyday life.

In “Naked”, the fragment of the neck of a geisha appears when peeking by a small opening of the picture. In “Increased Darkness,” a magnifying glass embedded in the wall suggests the impossible and the illusion of perception by pointing to the blackness on the other side of the wall.

No concept or material stands out over others in Orozco’s present. He allows objects to choose him and accept the dialogue that will lead to their transformation. In his current production, he works with materials, processes and ideas that could refer to classic art, such as marble, ink, wood, mythology, contemplative, religion.

At first sight, “Heart” is just a square of wood, but the description after the title informs that the piece was extracted from the center of a cross. The technical info doesn’t tell us, however, that Orozco undertook a search of the carpenter of the monumental crosses that are used for the procession of the Holy Week in Iztapalapa, and that he asked him to realize a complete piece and later to turn it into a minimalist gesture.

Orozco consciously chooses to keep certain aspects of his pieces hidden and to accept the disquieting simplicity in the whole. The ideal for the artist is for the observer to discover for himself the details of each object as he approaches it and to imagine its own story.