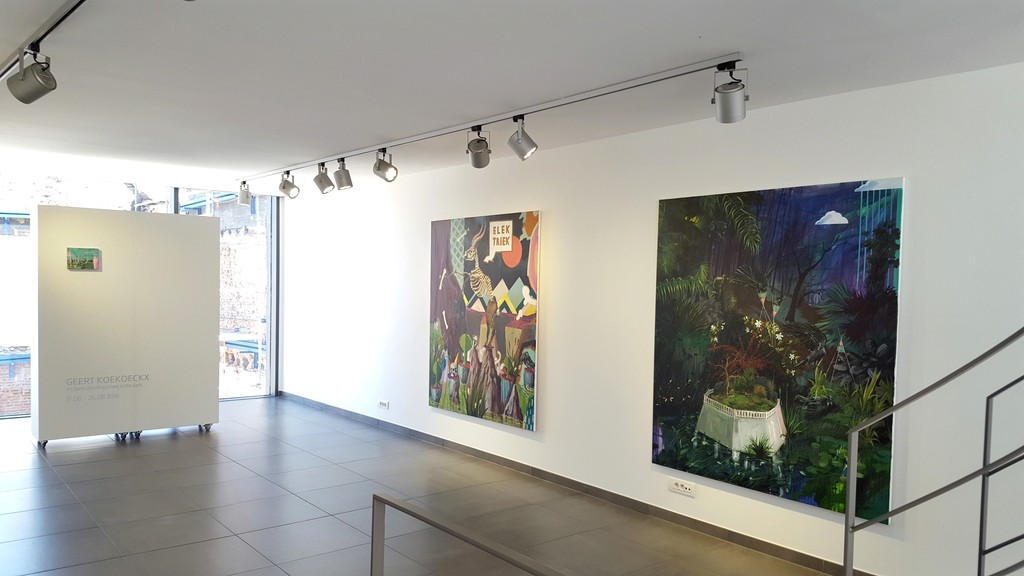 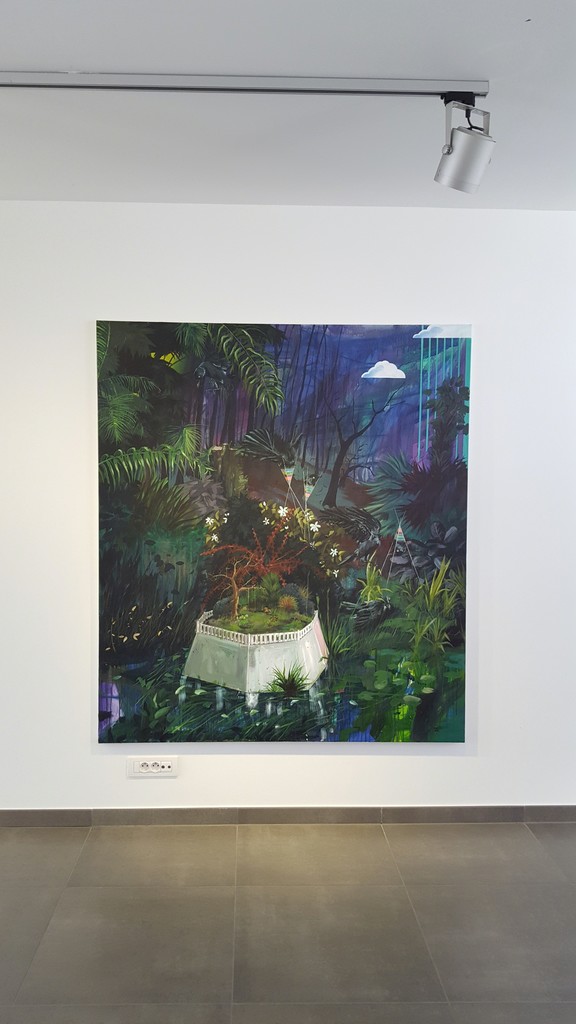 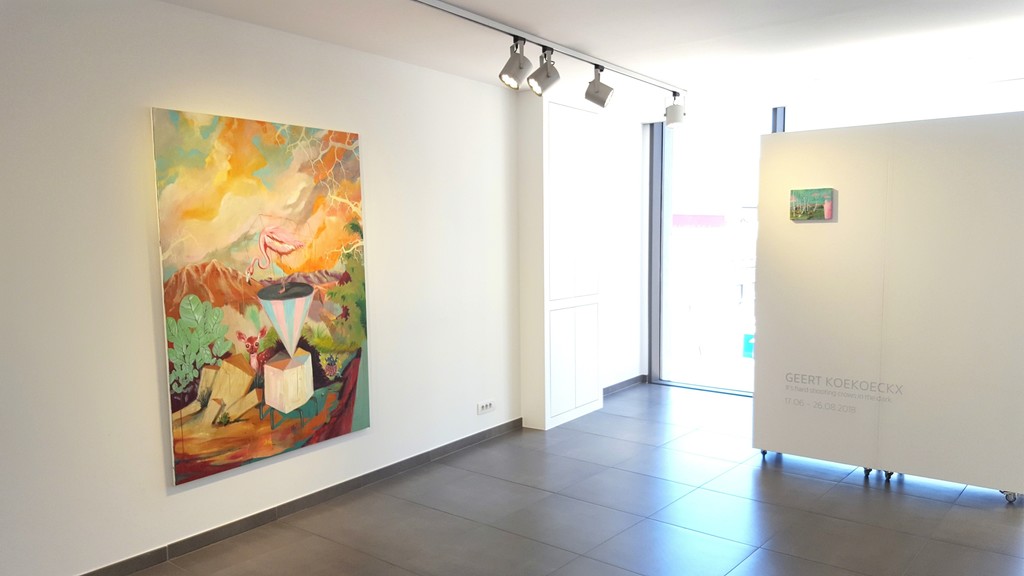 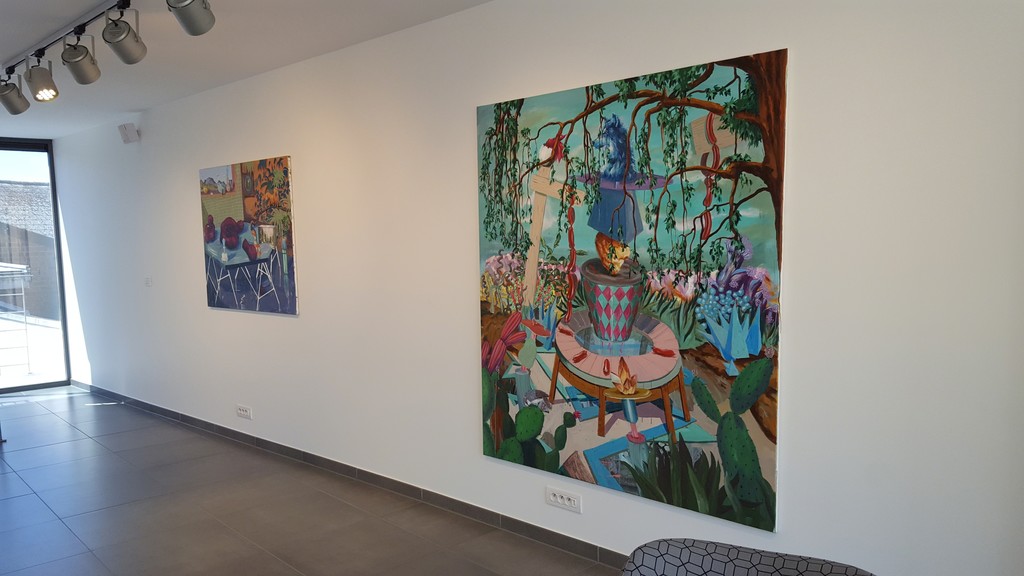 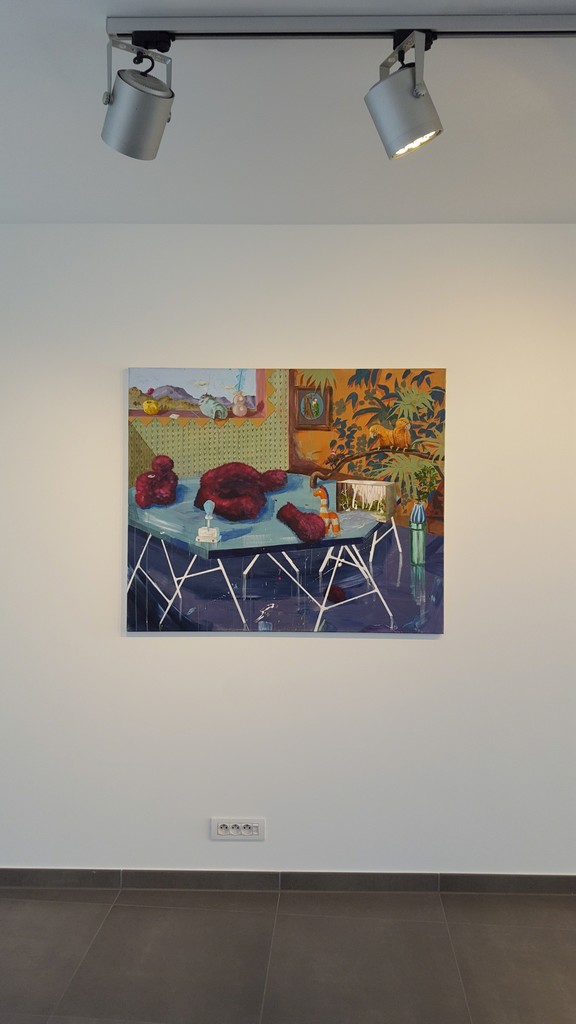 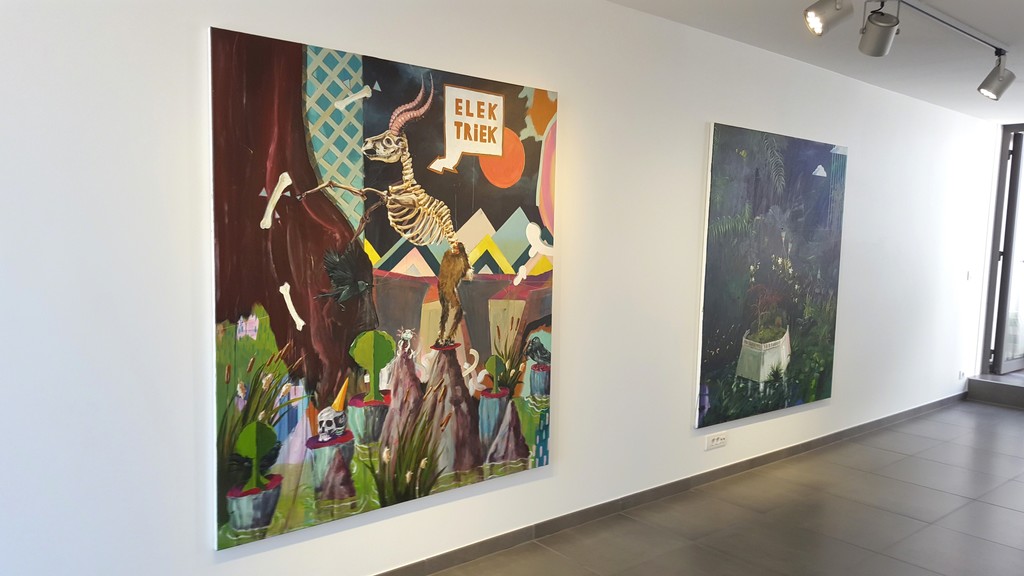 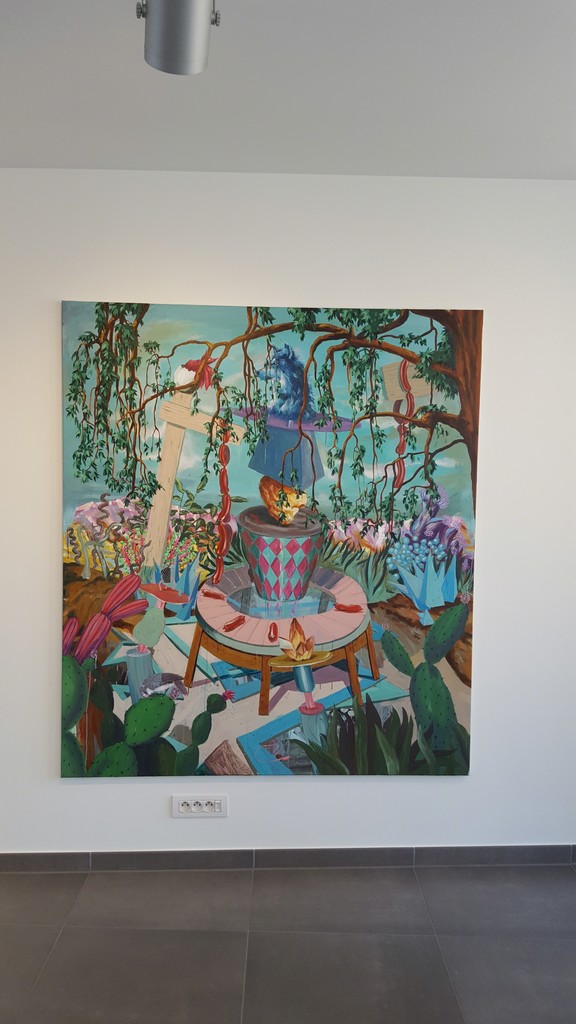 Geert Koekoeckx’ paintings resemble collage-like theatre pieces – with a baroque twist - in which the painter, as the director, plays with the pictorial possibilities.
He places odd objects on shaky, stacked pedestals and lets fluffy animals to jump through hoops on multicolored stages. Often the depicted animals are deformed or have amputated limbs. Although they behold their cuteness and the picture never gets really grim. These contradictions form an important part of Koekoeckx' work. Scale differences are kaleidoscopically intertwined and accurate details alternate with blurry zones, with the reality unfolding as a spectacular backdrop as result.
The artist is questioning the artist's role. What are his options? How do the artist’s decisions relate to those of the viewer? Are the small errors and little ambiguities not the most telling?

Koekoeckx searches in a meticulous and critical manner for useful material for his images.
He creates a smooth interaction between his fantasy and images from old magazines and books (e.g. Medical encyclopedia), internet and comics ...
One added image can lead – often very intuitively – to another addition and so on.
This is the way his works gradually take shape. One could call it a modern version of the écriture automatique. For the artist is the narrative aspect inferior to the intuitive aspect. Although language plays a very important role: often a painting starts with the title.
Koekoeckx often quotes from art history in his themes, composition and visual language.
The recent paintings of Koekoeckx one can sense the influence of the Roman frescoes: the color palette, the numerous plants designs and the vulnerability of frescoes form a great deal of inspiration.