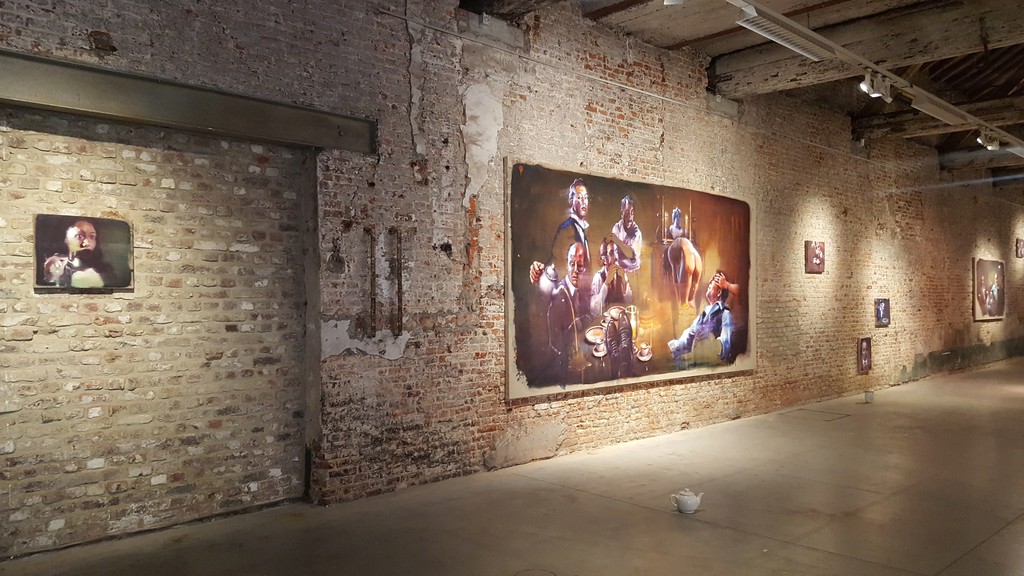 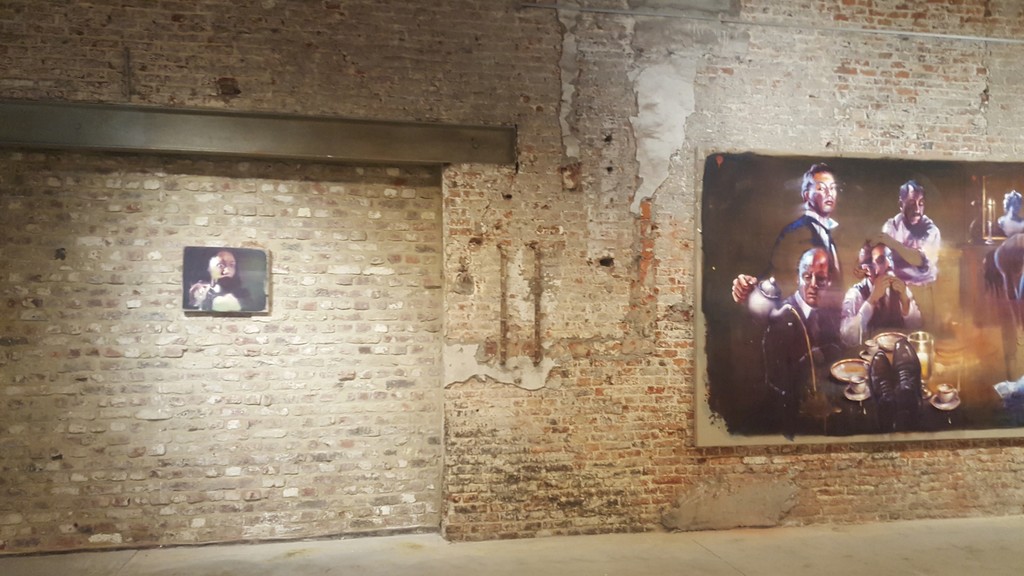 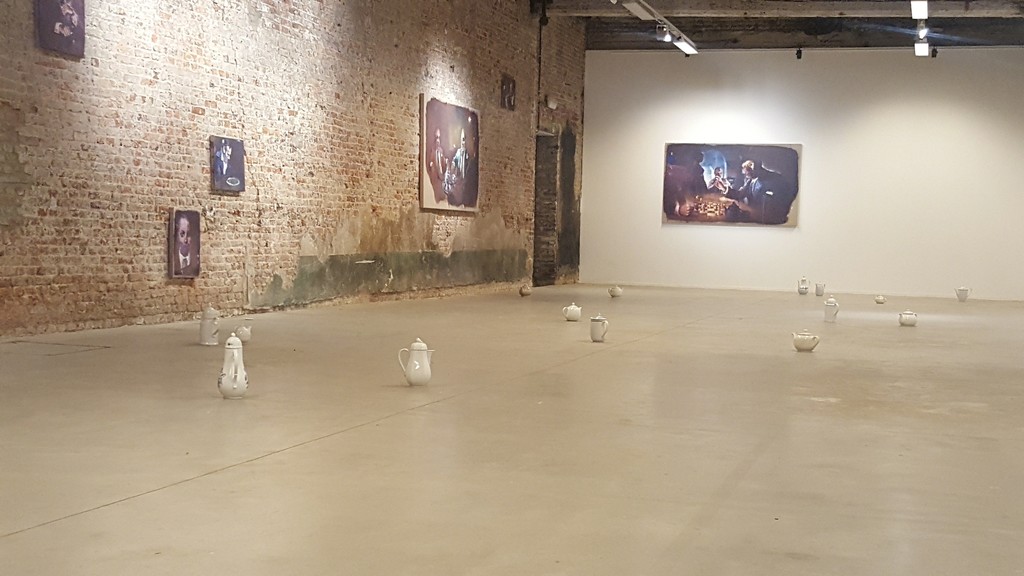 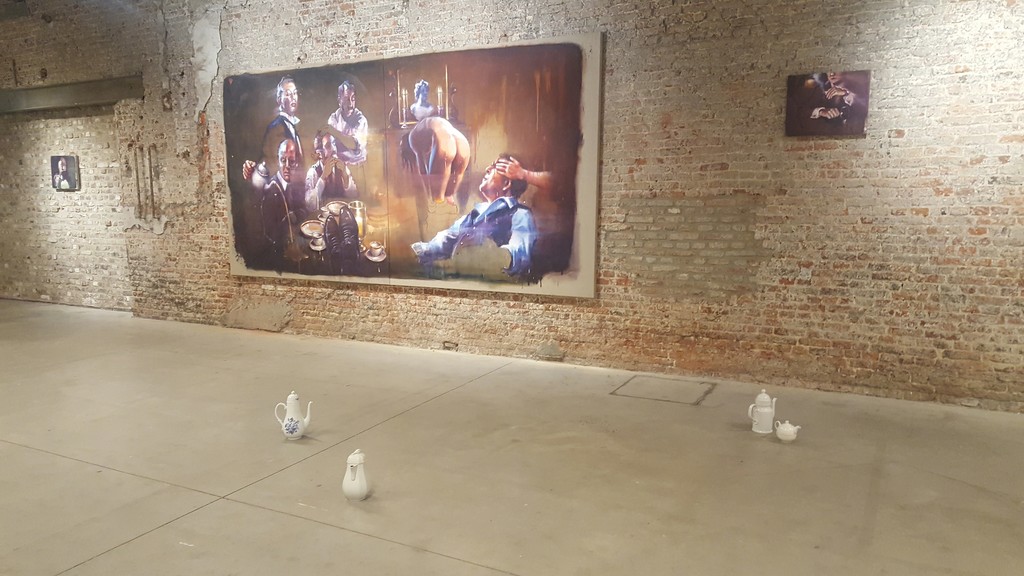 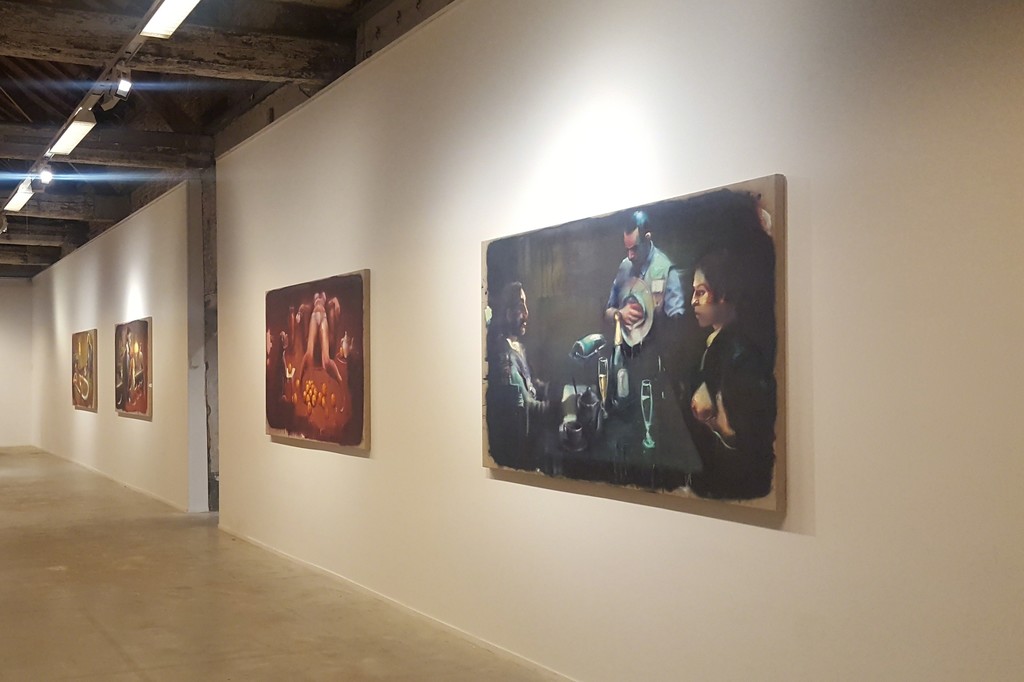 This one man how of the Belgian artist Lieven Decabooter is the result of a close collaboration between Light Cube Art Gallery and BuBOX, the space for contemporary visual arts.
Lieven Decabooter creates monumental compositions in which different motifs, styles and story lines run together. A precise way of painting is interspersed with fast impulsive strokes. The effect is overwhelming and confronts us with a theatrical-obscene world, charged with an absurdistic image logic.
Decabooter uses the wide variety of visual languages to express his personal experience. The paintings of Decabooter have something from collages due to the fact that different painting styles come together and overlap; realistic, full-plastic, subtle-exposed images run seamlessly into almost cartoonesque sketches.
In the series 'The Teapot Sereis', the artist tries to move from painting to the cineast's mindset. Due to the explicit horizontal format of the canvas (referring to the cinema or television screen) and by cinematographic view of the objects, cinematic connotations arise. The thread in this series is the presence of a teapot in every work. Although each painting itself appears to show an image from another movie, the teapot provides the link. This dives everywhere, whether explicit or not, and helps to send the image and invites the spectator to make associations and fulfill the storeis. In this case the spectator becomes both accomplice and voyeur.

Lieven Decabooter (1961 °) was born, lives and works in Kortrijk. His work is included in numerous private and public collections, including collection of the Province of West Flanders, the Ministry of the Flemish Community and the Ministry of Foreign Affairs of Belgium.