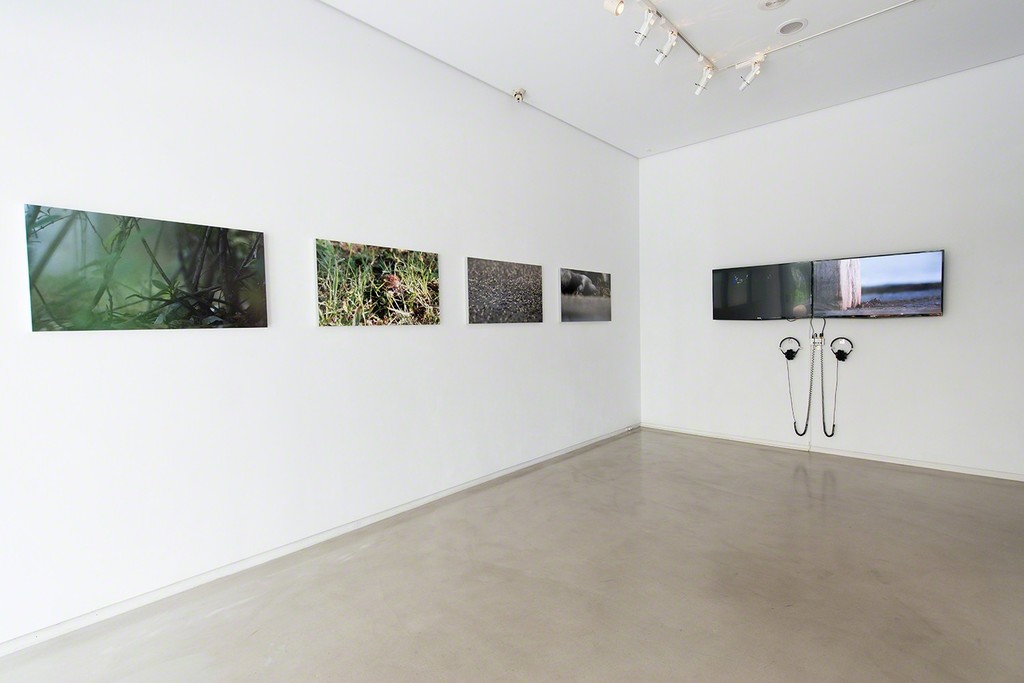 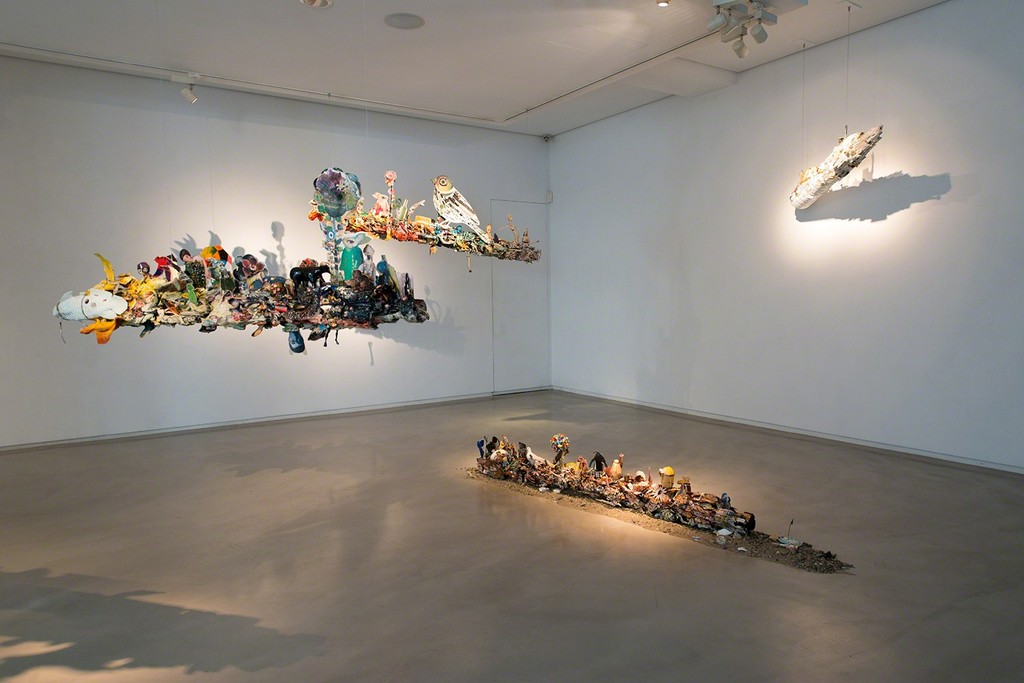 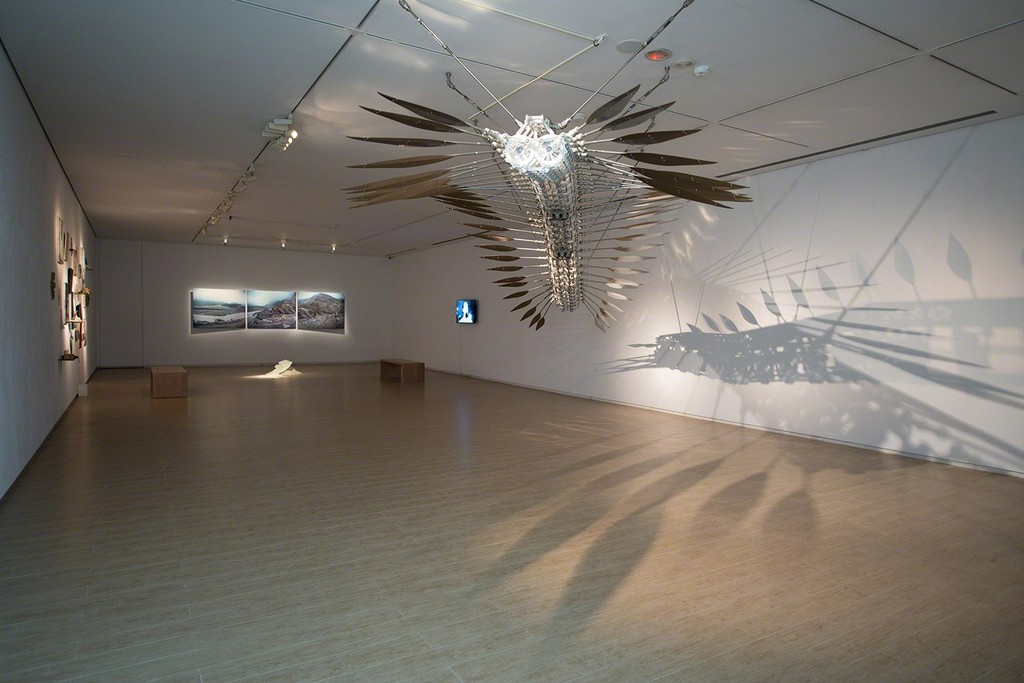 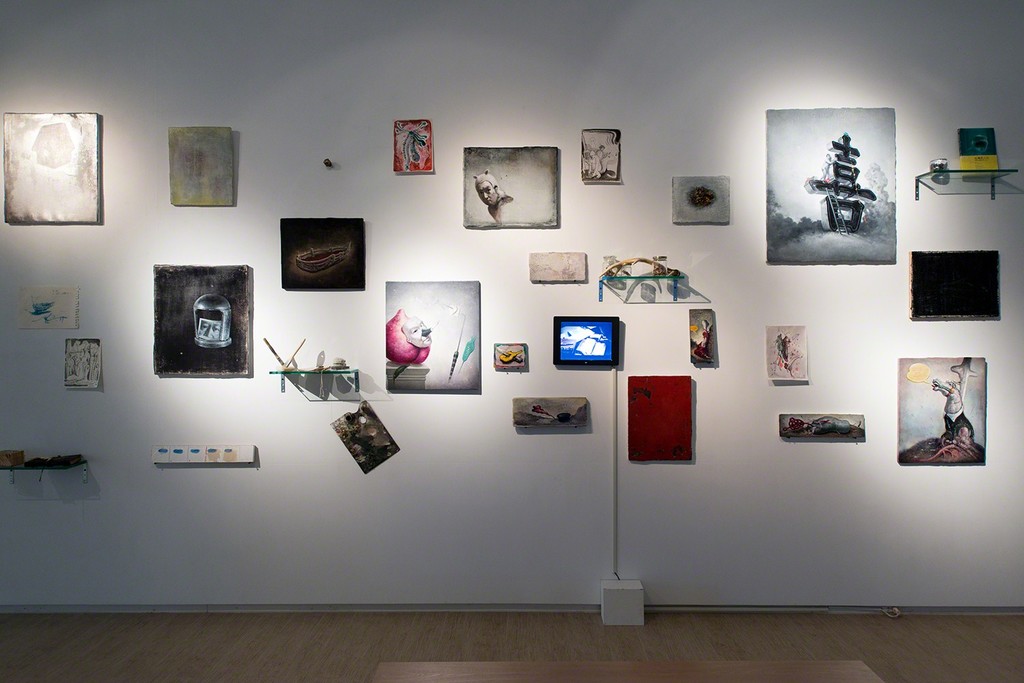 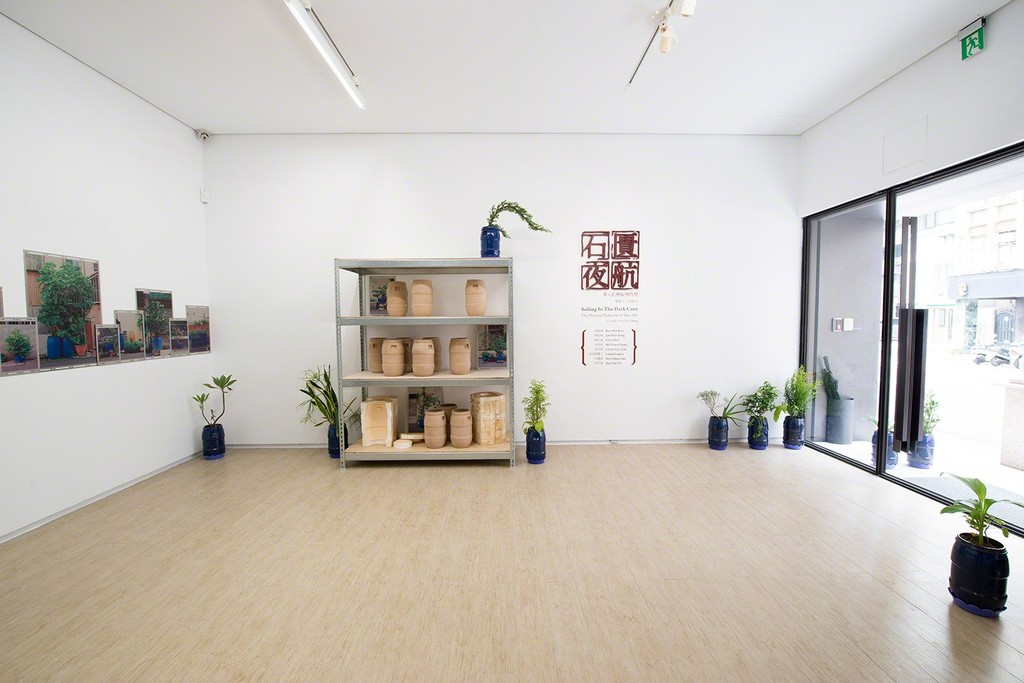 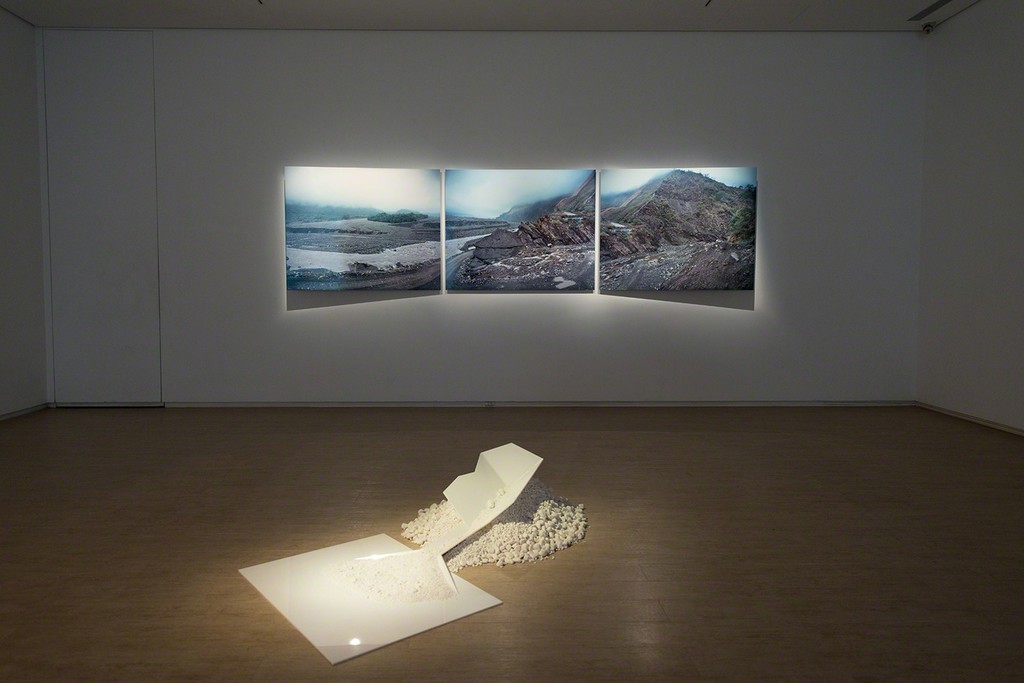 Sailing in the Dark Cave: The Naturalis Historia of Sino Art

In Western thought, the metaphor of the Cave is often an allusion to the philosopher Plato and refers to sites that require illumination by the light of reason. The light of reason has enabled Western civilization to construct an Epistemology, a philosophy of “justified true belief” where human beings are the subjects of knowing, and the masters of knowing. For Plato and his followers, the Cave symbolizes an existence where pure reason is clouded by sensory stimulation; human beings must strive to leave this darkness for the light of day outside the Cave. Contrary to this notion by Plato and his followers, feminist philosophy regards the Cave as a figurative womb of civilization; that which nourishes the human imagination and expression, as evidenced by the exuberance of the primitive cave paintings. However, in the Epistemology of contemporary feminist philosophy, human beings still occupy a place of dominance.
The depth of the Cave is beyond the Western knowledge and comprehension.
In contrast with Western notions, the Cave in East Asian thought symbolizes a site in which various forms or states of Truth are concealed, and can only be perceived through sensory perception and intellect, for instance, meditation. The consciousness of a living being’s existence begins with the Vedanā (sensory experience of an object), and undergoes Saṃjñā (perception and cognition) and Saṅkhāra (constructive activities, a process that makes a person initiate action or act), until it reaches Vijñāna (consciousness; discernment). This process can only be obtained through a process of personal Sādhanā (an ego-transcending spiritual practice), that is usually practiced in caves. Rooted in this idea, the metaphor of the Cave in Chinese language carries the connotation of a massive library, or a sea of knowledge.
The title of exhibition Sailing in the Dark Cave is a realization based on The Book of the Stone Casket and The Night Ferry, two tomes by author Zhang Dai of the Ming Dynasty. Sailing in the Dark Cave goes beyond refuting the claim that art is in opposition to Platonic ideals, to imply an Art that is built on the foundations of Oriental philosophy. Sailing in the Dark Cave investigates possibilities for Art in the construction of knowledge structures that differ from scientific Epistemology.
In his Nobel Prize acceptance speech, Saul Bellow famously said, “There is another reality, the genuine one, which we lose sight of. This other reality is always sending us hints, which without art, we can’t receive.” In his early discourse on aesthetics, Alexander Gottlieb Baumgarten coined the term "gnosiology" which he defined as “how things are to be known by means of the senses”, combining sensory perception with the intellect, and then made into memory (the mnemonic system). A comparison between definitions of gnosiology and Skandha reveals many similarities; equally, there are similarities in aesthetic theories between Baumgarten’s Aesthetica and Shi Tao’s Friar Bitter-Melon on Painting which predates Baumgarten by a half century. In both Shi Tao and Baumgarten, we are led to believe that there is in fact a knowledge system intrinsic to art that differs from Epistemology.
If curating is an inquiry, then art works would certainly be the response or feedback from artists. Each work of art contains elements of the artist’s personal sensory perception and intellectual insight. Sailing in the Dark Cave invites the audience to learn about the world through art that embodies the unique gnosiological declarations of individual artists. In this exhibition, the simple harmonic rhythms in the work of LuxuryLogico enables us to see the life force of machines, while Chiu Chao-Tsai provides brand new insights on sights and shadows with his spark of light that floats in the mysterious darkness. Chen Po-I’s photographic installation enables a more provocative reflection of the destruction in the era of the Anthropocene, while the animals in Wu Tsan-Cheng’s images no longer inhabit the wilderness of National Geographic magazine photos, but instead observed in ordinary corners of the city; the works by these two artists enable us to see the nature’s changing visage. Hsu Che-Yu’s animation and narrative blurs the boundaries between history and the individual past as it more closely approaches the fragmented poetic nature of memory. The Wu Chuan-Lun’s installation of potted plants creates a contemporary transfiguration of traditional leisurely sensibilities – the unhesitating and willful appropriation not only disintegrates the aesthetic status symbolized by potted plants, but also projects the honest interests of ordinary people. Liu Shih-Tung’s pillars, reminiscent of Noah’s Ark, creatively distills the literary, mnemonic, and imaginative qualities of traditional architecture and sculpture. Kuo Wei-Kuo’s painting further reveals observations and narratives of materials, movement, and the artist’s personal life. Each work of art is a gnosiological expression unique to the artist, and hence the exhibition constitutes a collective construct of art and knowledge systems, a site of artistic natrualis historia. Sailing in the Dark Cave is a tentative enquiry of reconstructing a gnosiological knowledge system through Eastern philosophies, while also extending an invitation to viewers to rediscover this world through works of art.