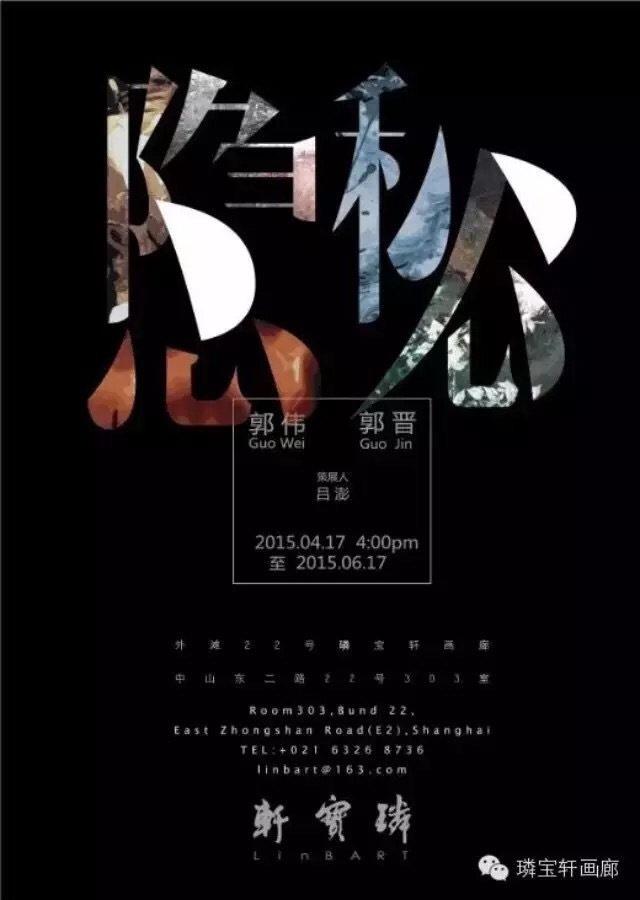 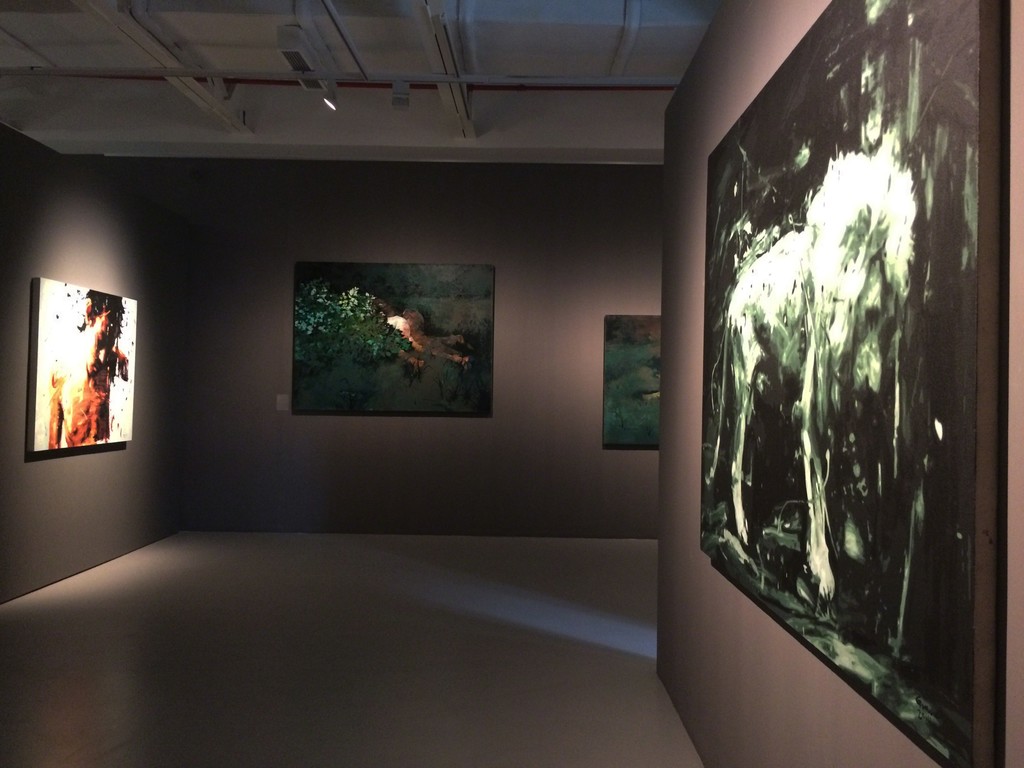 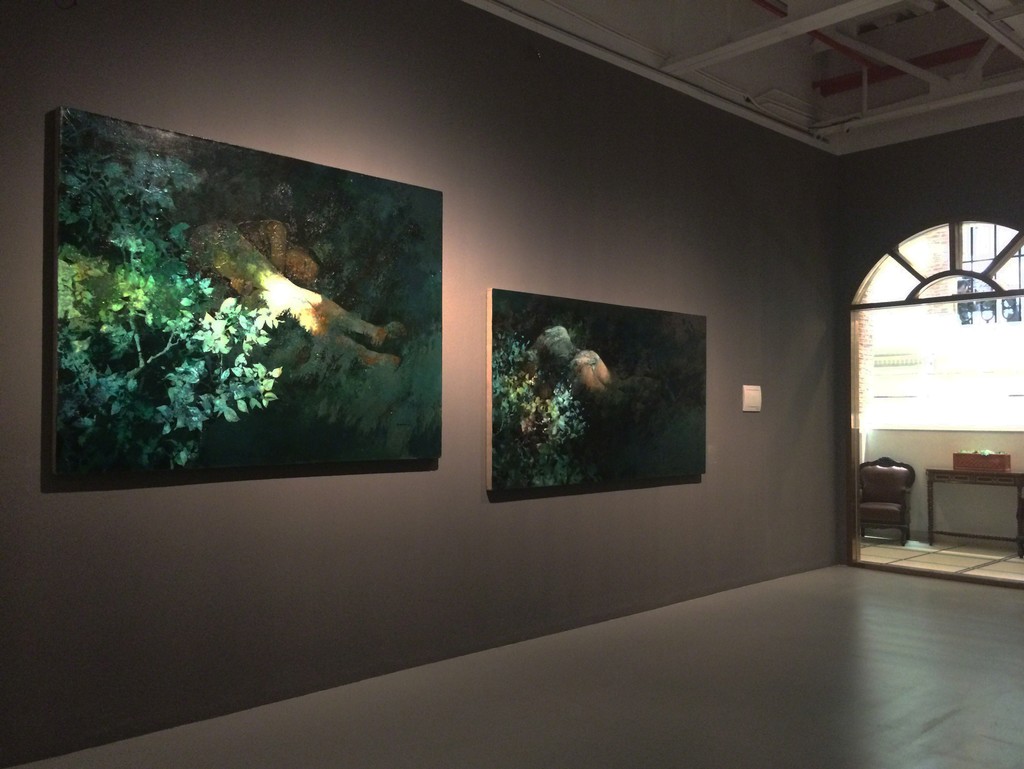 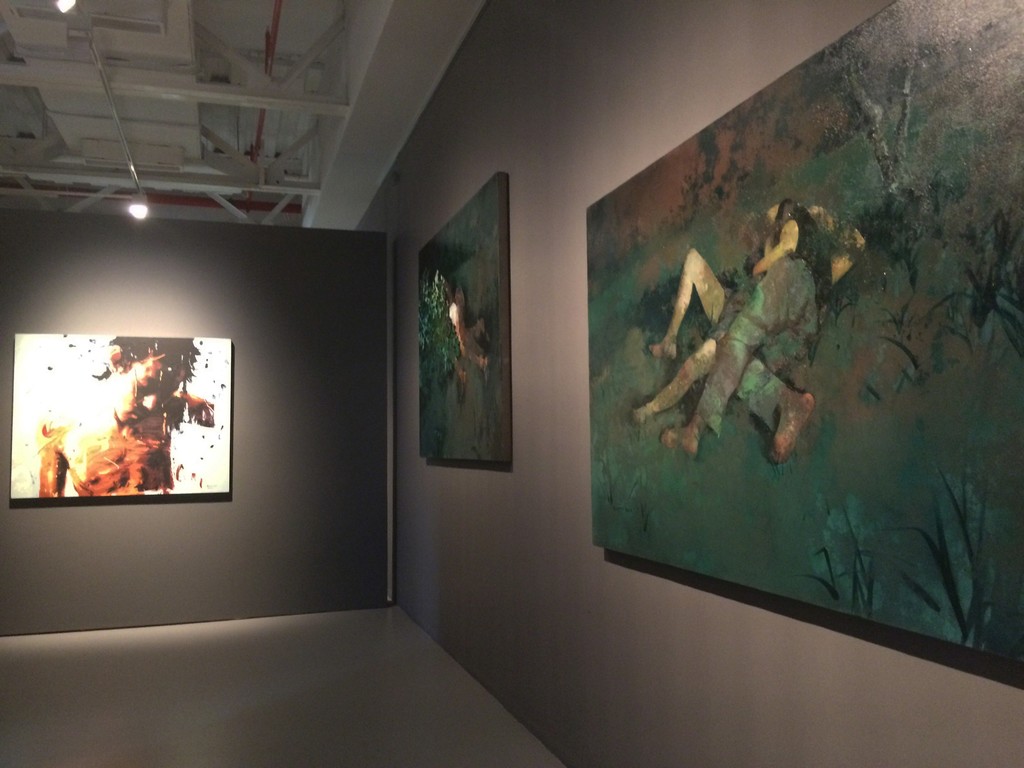 Linbart gallery Shanghai is pleased to join hands in contemporary artist Guo wei and Guowei "secret" to hold double exhibition, the exhibition has two artists 13 pieces of important works in recent years. Guo wei and vocal & guitar in the mid - 1990 - s, as the representative of China's new art, is the "play the realism" and "political pop" two kind of ideological trend sprang up out of the contemporary artists, they had a lot of art influence and new art has always been a solid backbone. Guo wei Chinese avant-garde art is considered to be one of the representative figure of the second generation, his creation to sensitive individuals experience as the starting point of artistic creation, but he has a strong consciousness of rational thought and social perspective. Vocal & guitar works to the memory of many people's impression is rotting, describes a confusion of The Times. Adolescent confusion is depicted to thick and long, he can always create a "frozen" feeling, the picture has a rich breeds eternal feeling, is also highly symbolic meaning.

Although the two artists picture expressive vary, but their works are in a unique perspective to reflect the social reality of the human desire and attention and thinking. This exhibition works continue past guo wei, vocal & guitar of image and image after the fact reflected by the relationship between inquiry. In these new works, the artists of artistic language is yet to mature, but they are for the exploration of mind interaction has been young, just become more subtle.

Famous curators Lv Peng to guo wei and vocal & guitar this series has a wonderful evaluation: "the creation of in recent years, guo wei gradually abandoned the avoidance of particularity, he even began to give performance object with specific identity: leader, knower, angels, animal... into concrete generally, seems to be the artist's past persistent individual tensions reached a settlement with the outside world. However, when we looked into each work main body status, a more clues emerged reclusion. Each identity implied an interrogative tacitly, metaphor directly into an intriguing. Perhaps in the artists here, never any reconciliation, just against becoming more secretive." Compared with guo wei directly cut into the realistic attitude, the creation of the artist vocal & guitar appear euphemism, detour from the start. Throughout in the creation of vocal & guitar in the sense of time, so that he and the new generation or the spirit of realism in the complaint has always maintained a distance. In the early days of the work, the vocal & guitar once infatuated with children's theme. His memory of the past time and lament of time by children's game scene. Images of those children playing by the artist's special processing, such as over the years after the baptism of weathering the sculpture, the beauty of the past is discernible, more show a brutal time. Vocal & guitar has found a way to visualize this memory is not reliable, let the disordered reality and fantasy. Actually, vocal & guitar do well just make fun of the real and unreal, fuzzy reality and the boundary of the subconscious, in also virtual reality also convey the spirit of the individual experience and metaphor. This sense throughout the disorder, is hidden by a lighter escape into the secrets of the deep vein. To time cruel sadness into a more heavy fatalism and of celebration of tragic, representational again to personal status, self-doubt and peep. Those the diction of daydreaming, twilight enveloped half hidden in the human body in the grass, there are full of powerlessness hug or lonely figure, all empty.

Through the years with ChenShi, guo wei and vocal & guitar finally meet again in private space and time. "