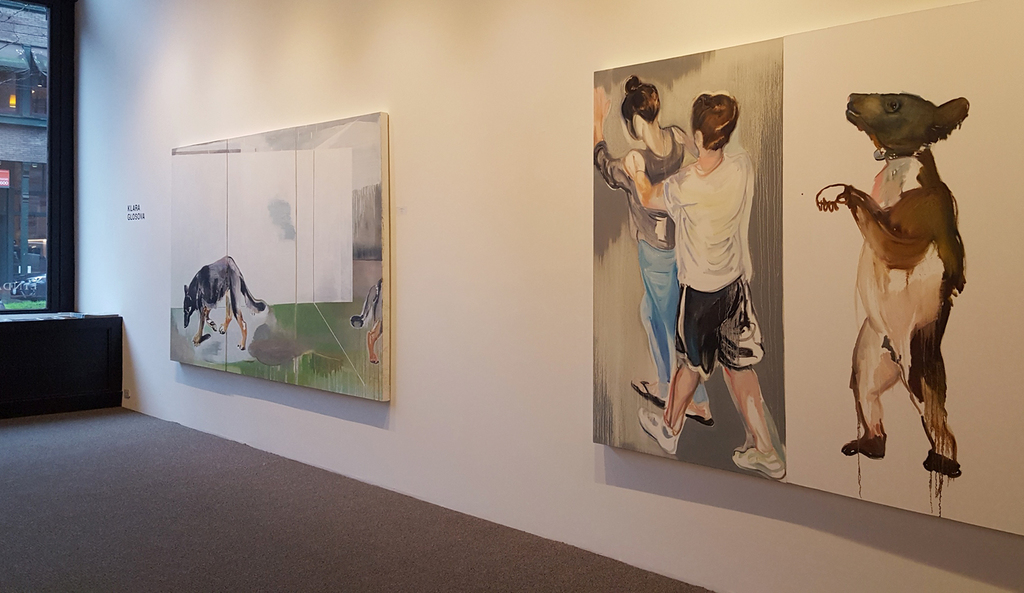 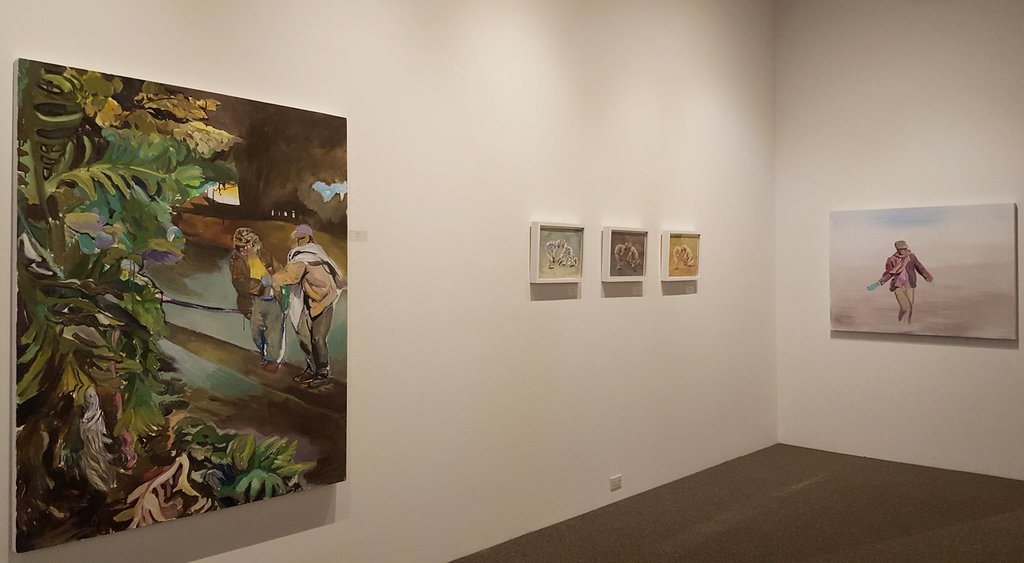 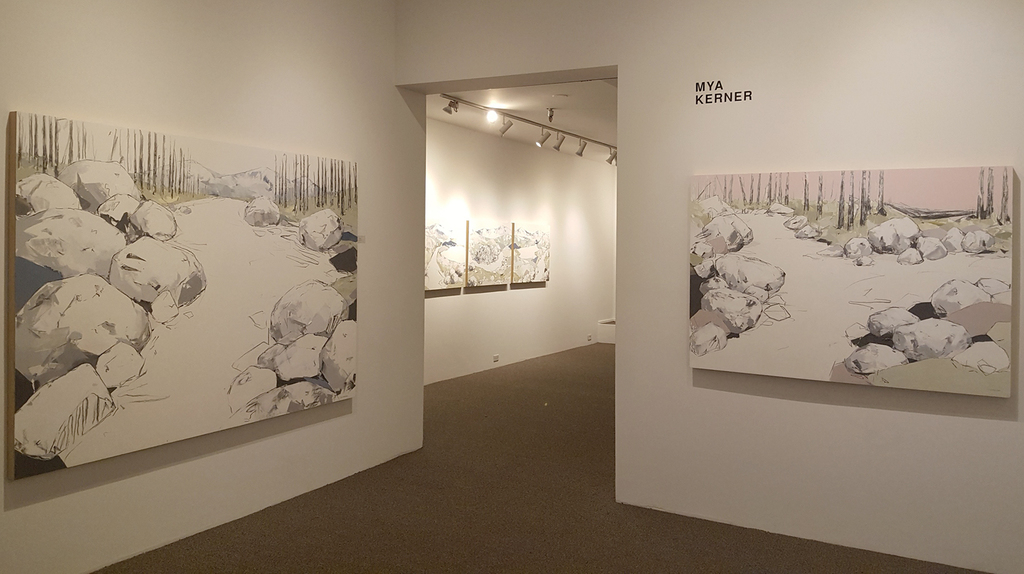 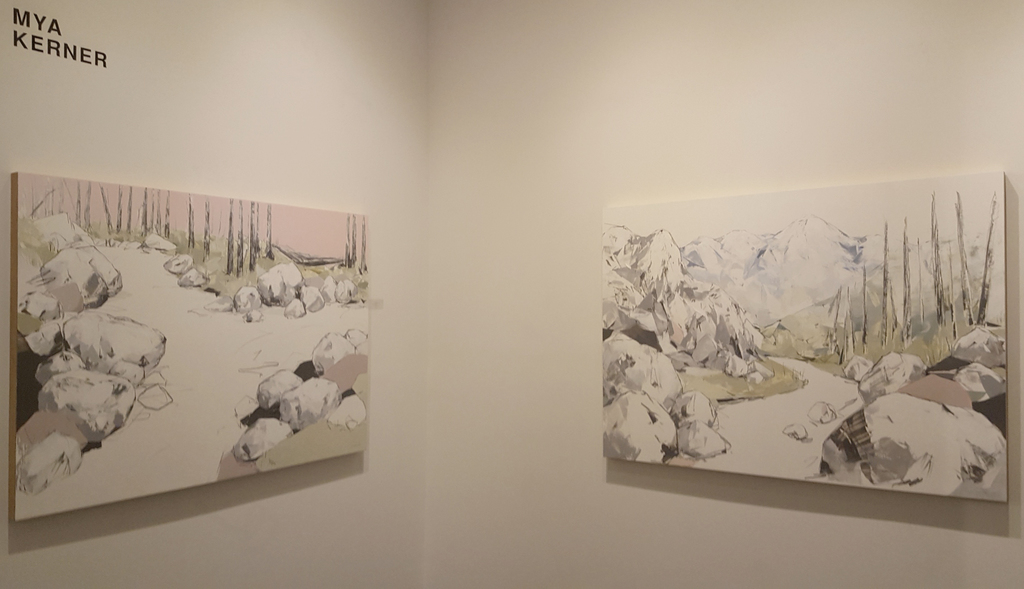 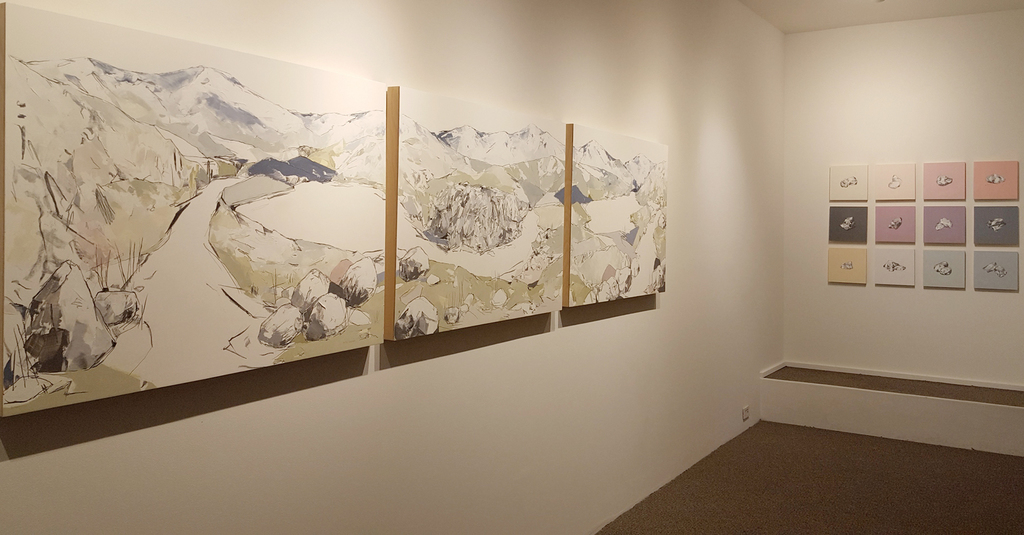 Klara Glosova is a Czech-born visual artist based in Seattle. A multidisciplinary artist, she primarily draws and paints. Glosova’s work interlaces her personal history of growing up in Eastern Europe with her experience as an artist and mother. She has a curiosity and playful approach that extends to both her concepts and materials. This current body of work contains paintings that are personal but also expansive. Expressive swatches of color and brush strokes dominate these sensitive portraits of people and animals.

Glosova is also a founder of NEPO House and is always interested to see what happens when you place the inside out, invite the outside in and generally do things backwards. She was awarded Seattle Magazine's 2013 Spotlight Award, Seattle Art Museum's 2014 Kayla Skinner Special Recognition Award, the New Foundation Fellowship, and was nominated for 2015 Stranger Genius Award and 2017 Betty Bowen Award finalist.

Mya Kerner will present a new series of oil paintings in her show THE RISE AND FALL OF STONE: WORKS ON BECOMING. Kerner’s work revolves around ancestral history, storytelling, and ecological concern in an exploration of memory and landscape. Her paintings reference specific landscapes but she depicts these through a process of abstraction which leaves the viewer somewhere between reality and memory, emphasizing a sensory experience of place.

Kerner does not completely fill her paintings with pigment. Fields of color and texture meet open spaces through shattering graphite lines. This creates a visual oscillation reminiscent of the attempt to call a dream into consciousness after waking.

Her background in permaculture and a lineage of Eastern European foresters first inspired Kerner to explore humanity’s relationship with the natural world through her art practice. More recently, reacting to anthropocentrism and a sense of uprootedness, both personal and intergenerational, Kerner began her study of Earth-based traditions. As she reflects upon stories found within the landscape, she asks questions about wildness, stewardship, and civilization.

Mya Kerner received a BFA in Interdisciplinary Sculpture and Environmental Design from the Maryland Institute College of Art in Baltimore, MD in 2011. From 2012 to 2015, she worked primarily in cast iron sculpture at Sculpture Trails Outdoor Museum, Sloss Metal Arts, and Akademii Sztuk Pięknych w Gdańsku. After moving to Seattle late in 2014, she shifted her focus to painting and completed Certificate in Holistic Landscape Design at Bastyr University in Kenmore, WA in 2016. Kerner now maintains a multidisciplinary studio practice in Seattle. Her work was recently featured by LUXE Interiors and Design and Loam Magazine.