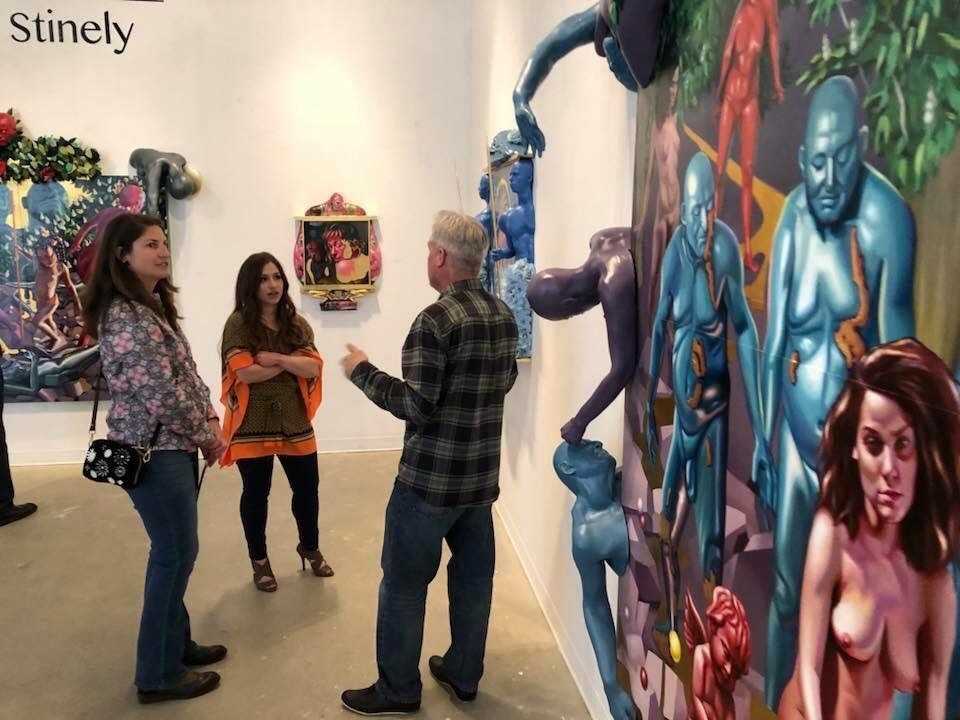 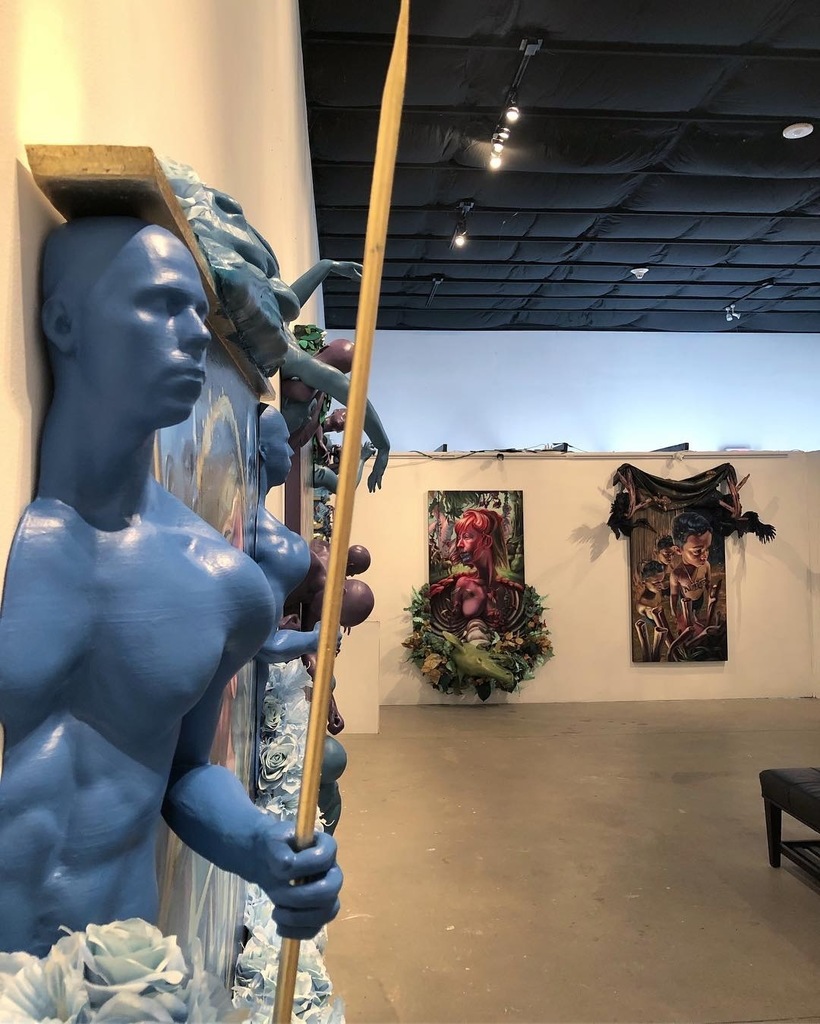 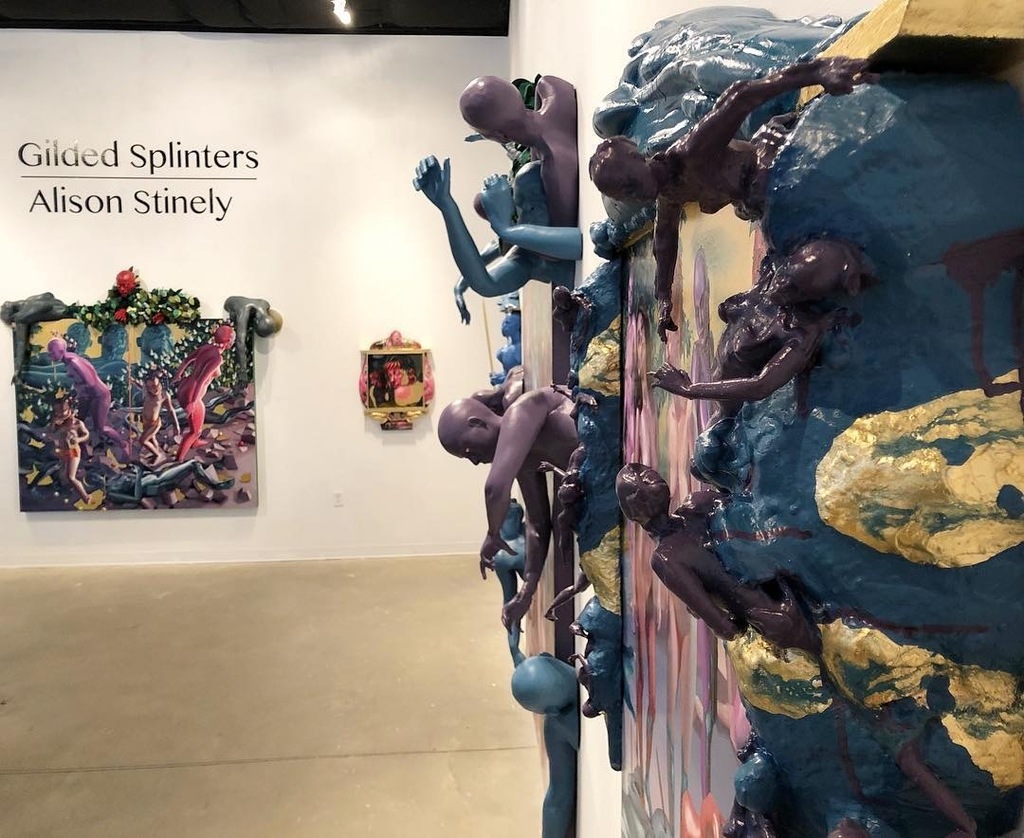 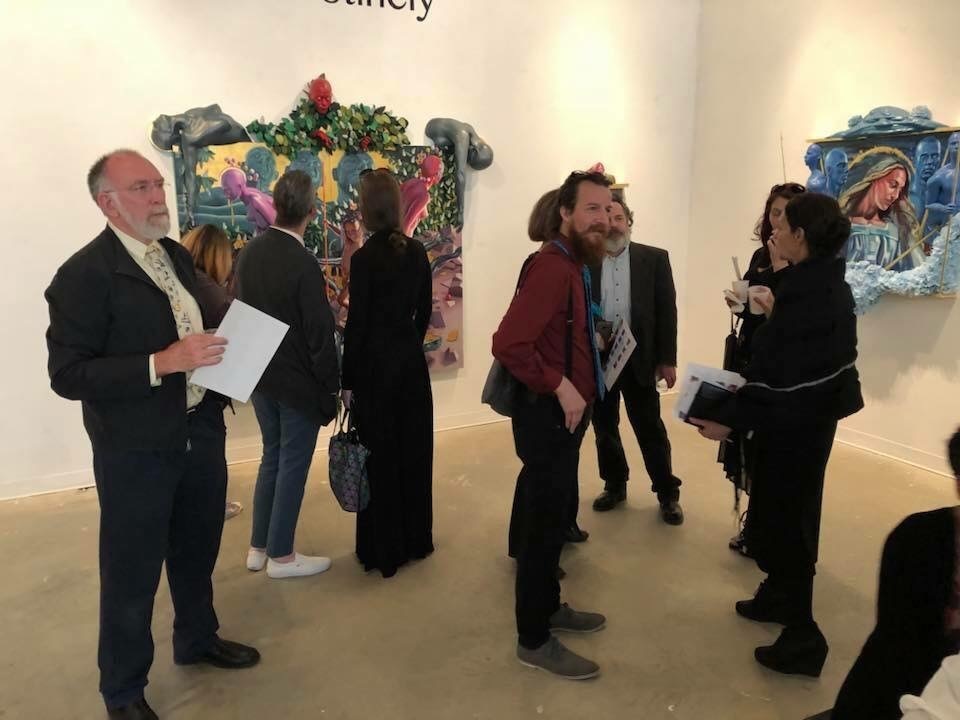 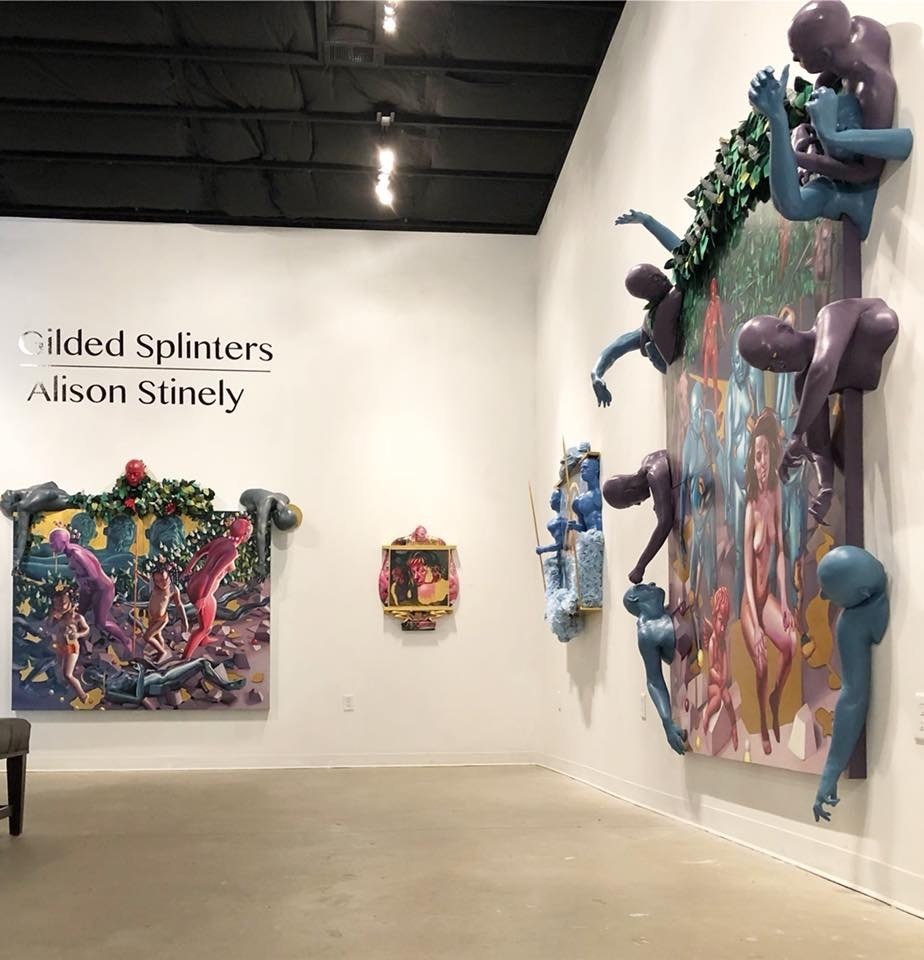 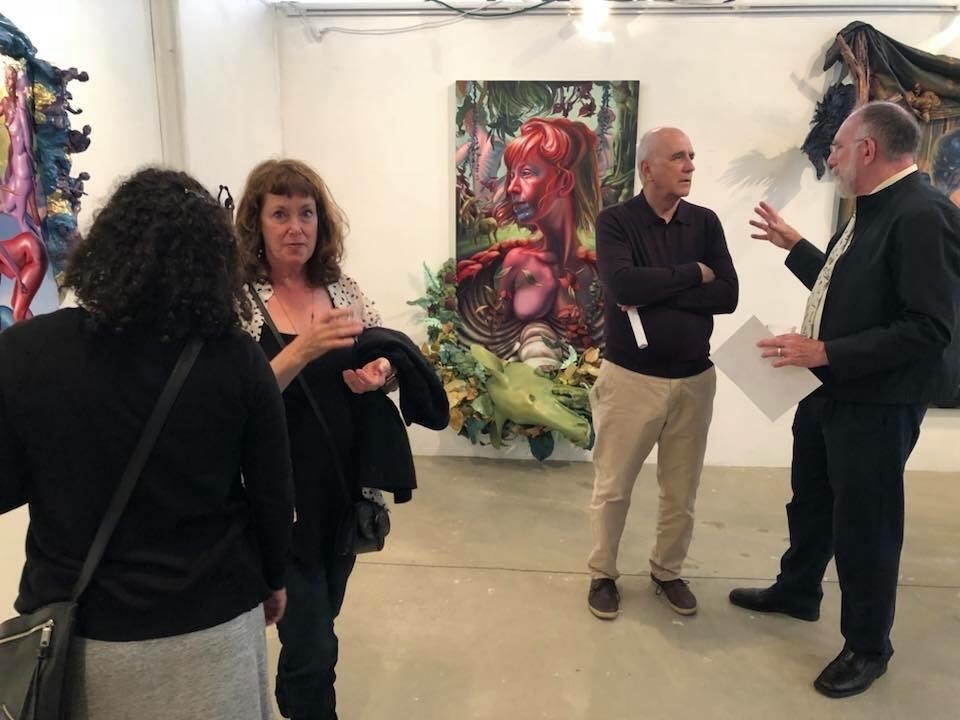 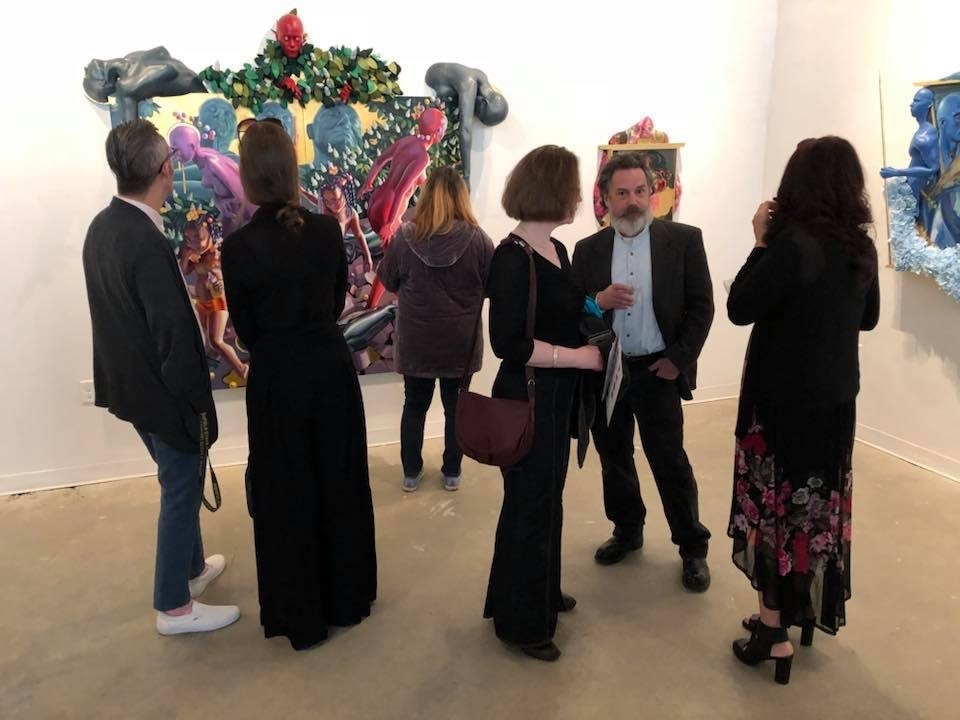 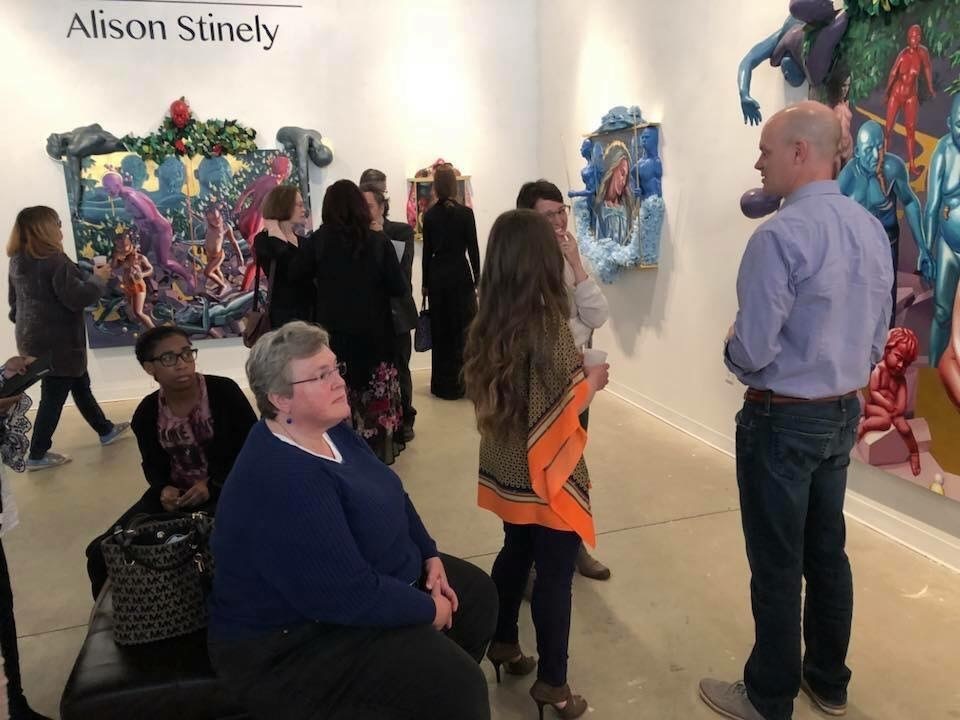 The desire to incorporate sculptural elements with my oil paintings was born from rediscovering art and architecture of past eras during a stay in Italy where I was able to view such works “in the flesh.” In order to elevate the drama and intrusive nature of the painted narrative, I literally pushed the painting upward and outward. Because these objects were not standalone sculptures but meant to accompany a painting, I initially considered them as over exaggerated frames; considering design elements of the Baroque, the gaudiness of the French Rococo, as well as Medieval architecture.

Having spent most of my artistic career focused on the intricacies of oil painting, I had to overcome a bit of a learning curve in order to craft the three-dimensional figures I envisioned; objects that would both complement and interact with the paintings appropriately. The construction of these forms began in a most traditional sense; using my hands and some clay. As time passed, these sculptural processes began to include other modes such as altering found objects and, eventually, digital automation. As my interest in generating more complex forms grew, I began to study digital 3D modeling and printing. This digitized operation has offered enhanced fluidity in generating the three-dimensional forms necessary to complete each work.

“Gilded Splinters” displays the progression of these sculptural developments as well as a range of painted mark making and color usage from that which is more illustrative to naturalistic. The works encompass age-old techniques such as gilding - and the aforementioned use of oil paint - as well as the relatively new technology of 3D printing. The works included for exhibition embody the religious, cultural, and artistic history that influence me most through the successful merging of materiality and imagery.