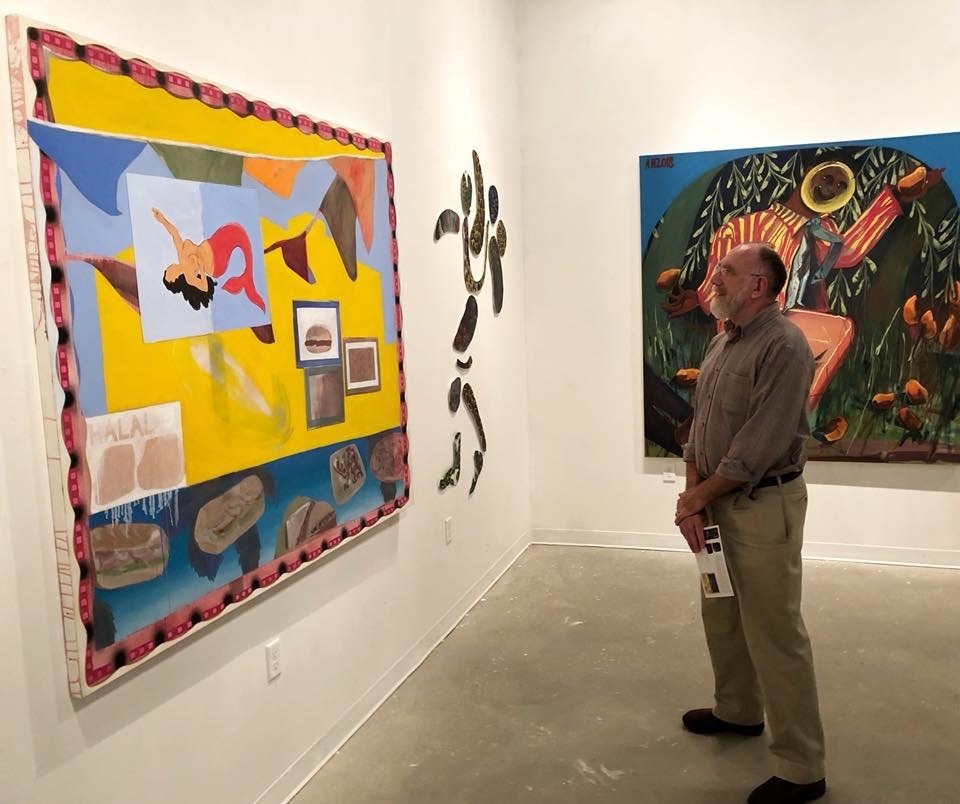 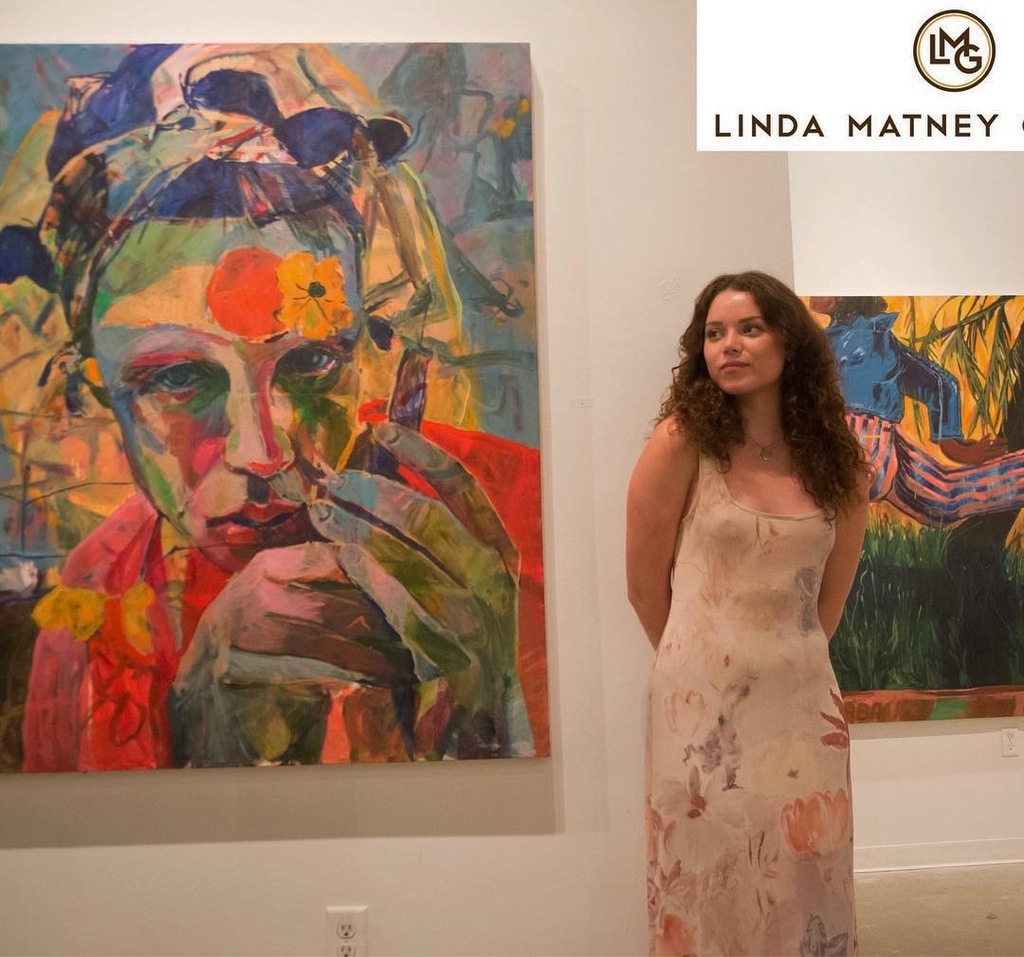 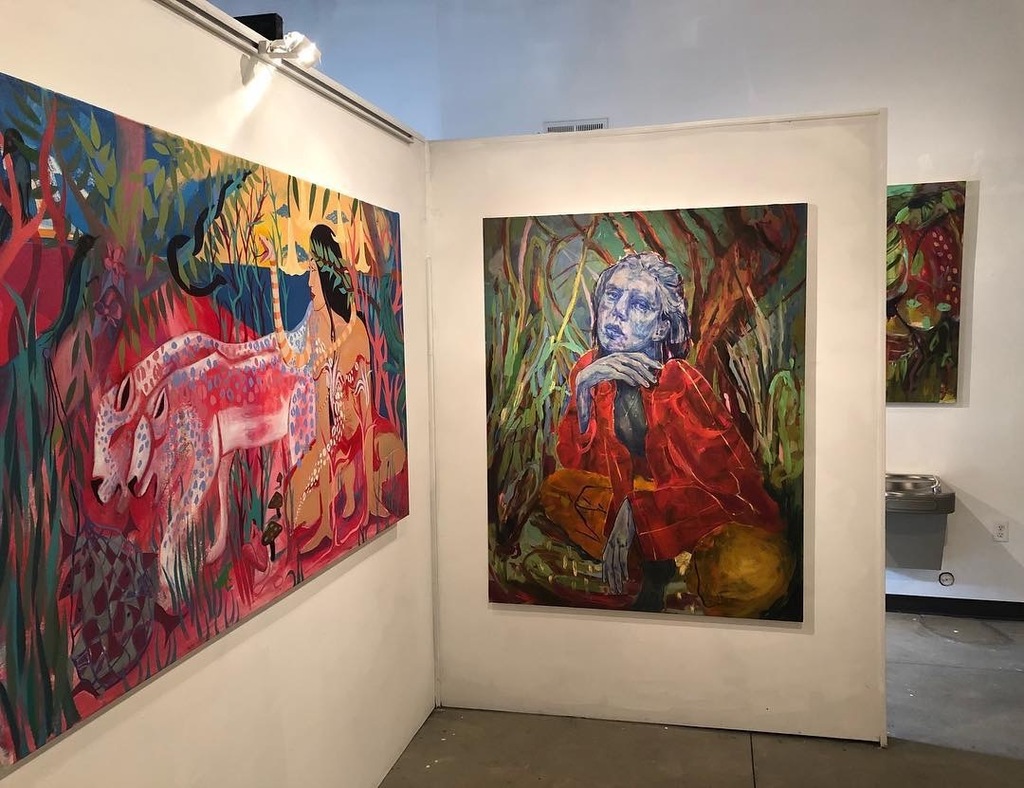 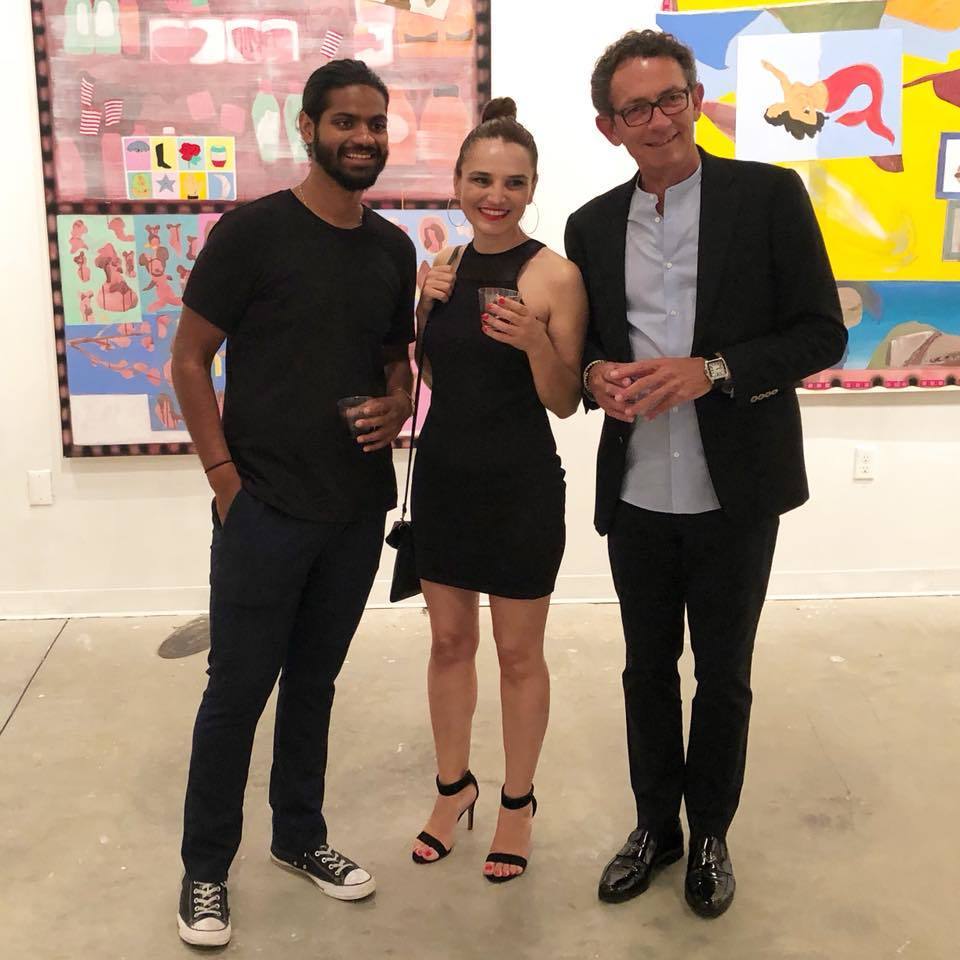 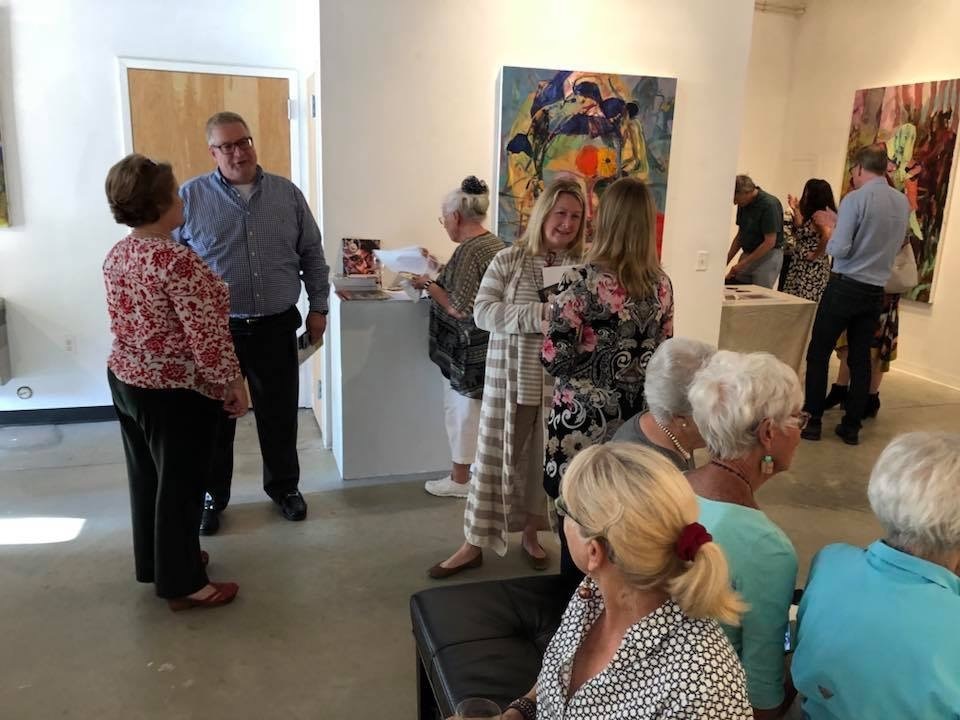 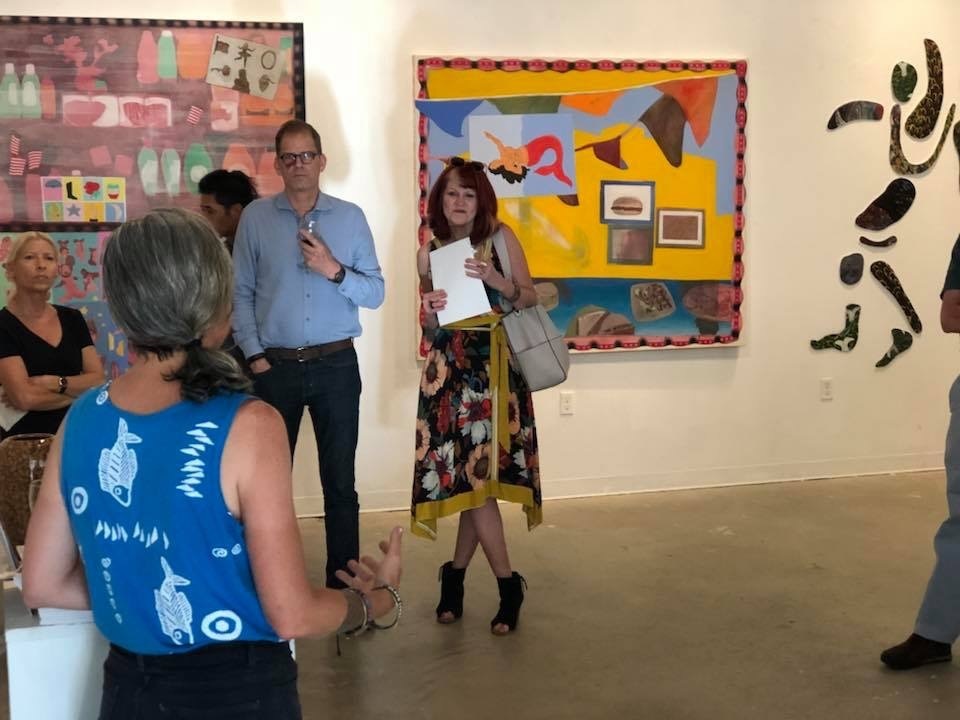 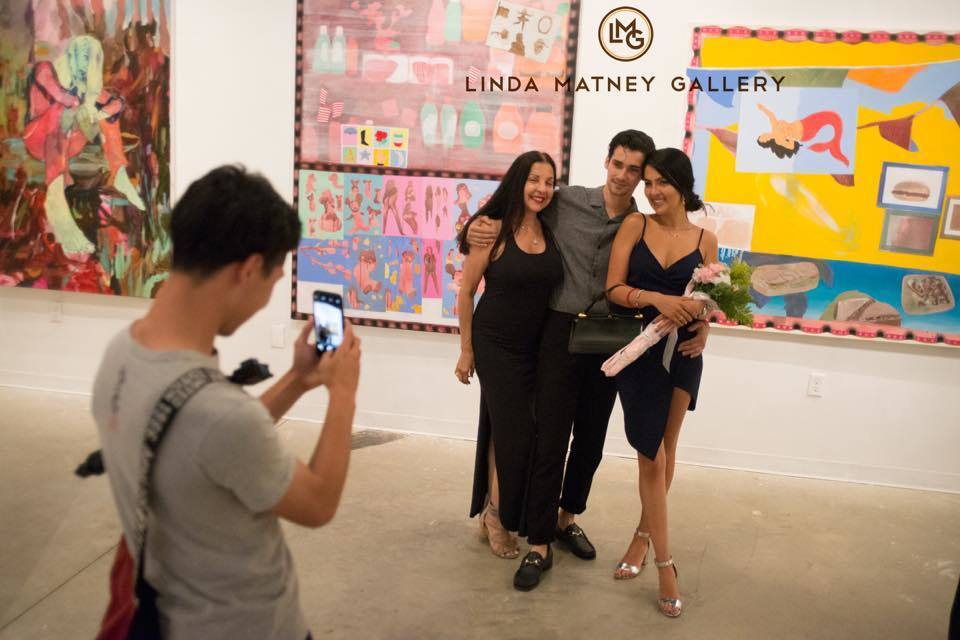 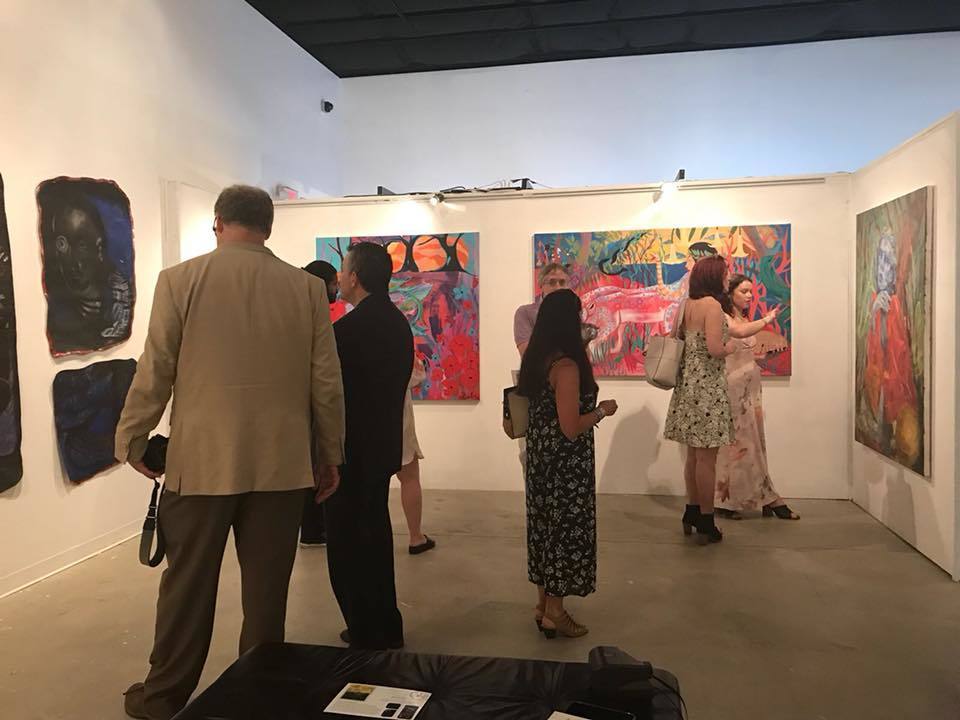 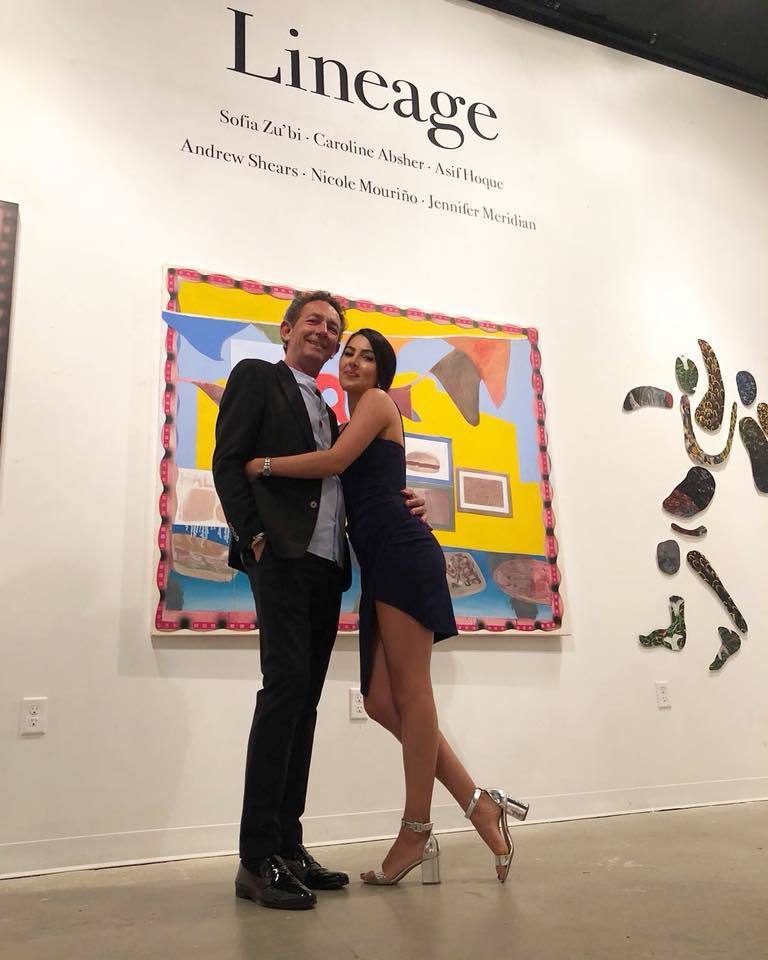 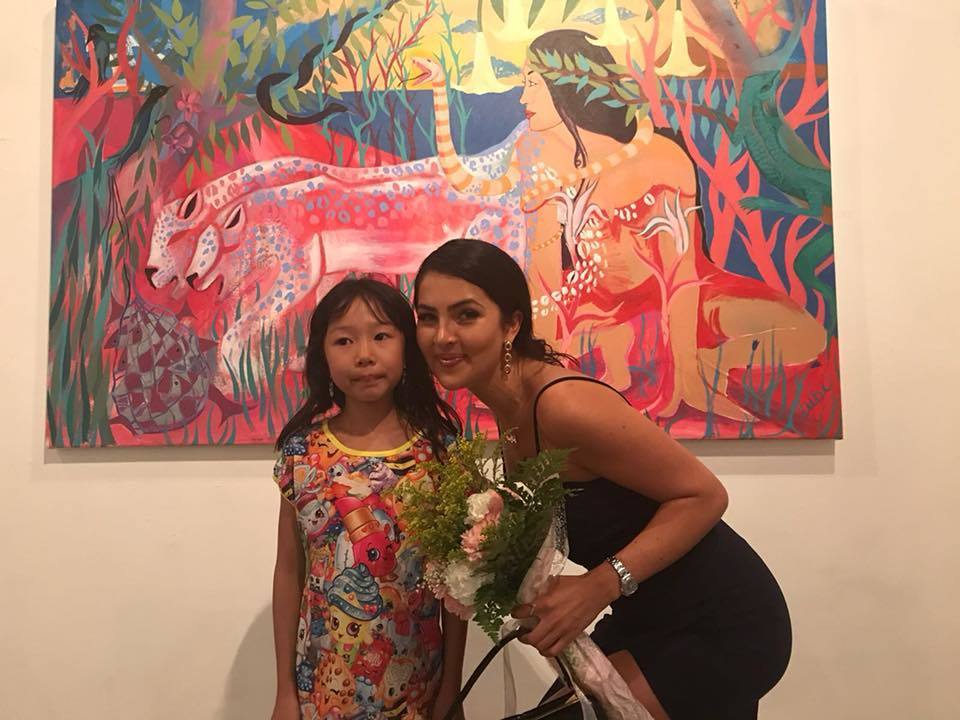 Lineage began as an initiative to bring artists from New York and the the Northeast to Williamsburg, Va for a summer workshop exhibit curated by Sofia Zubi and Kenlontae’ Turner and curatorial advisor, John Lee Matney. Lineage, on one hand, is a study on how narrative elements connect and distinguish the works in the exhibit. How do works connect to the artists' personal stories as well as their personal mythologies and creative culture they are immersed in up in the North? Lineage is also a study in engagement with both art collectors and art lovers. Many of the selected artists graduated from Pratt. We selected many of the artists for their looser style and wilder stream of consciousness practices with color and narrative (Caroline Absher, Sofia Zu'bi and Asif. In fact, Sofia Zu'bi and Asif Hoque will be arriving a week early as artists in residence at the gallery producing some smaller works which will be featured.

Other artists such as Andrew Shears, who is more of a student of drawing, was given the challenge to create work informed by the content of the other artists which will be unveiled at the reception. Jennifer Meridian was added as an established artist who bridges the gap between colorful painting and drawing and who is also is a more widely collected artist. Her installation piece "Running Woman" will be on the power wall in the gallery.

To be coined an artist entails a lot of discrepancies, making it difficult to 1. Find your own position in the art world and 2. Be noticed. As a curator, Sofia wants to break these boundaries of the stereotypical restraints of the art world. From New York to Virginia, the artist’s who will be a part of Lineage have had the opportunity these last few months to come together and participate in the process toward the show.

Both Asif Hoque and Caroline Absher, worked together in a residency in Gowanus, Brooklyn, where they collaborated on paintings together and work beside one another. They both paint influences in their lives: Asif’s new series focuses on his father in Florida, picking mangoes through the neighbor’s backyards. Mangoes a symbol of lineage, stemming from their heritage in Bangladesh. Caroline paints her friendships and the women in her life who she has had personal relationships with. She paints them from photos she has asked them to send her and forms their personas and creates the new world around them.

Andrew Shears just recently graduated with Sofia and finished his studies at the New York Academy of Art. For this show his work is very different from the other artists, much more precise to the world’s visual truth, yet his message stems from similar inspirations. He paints nostalgic memories in the form of objects that they stem from. Sofia Zubi will also be showing her work with the bunch, including her recent paintings of Mother Nature and her diary drawings. Her recent paintings for the show on Mother Nature, pertain to her views on creation and lineage as an aspect of where we began as human beings. Her drawings are reflections of her life, like a diary entry in a visual representation.

Nicole Mourino received her MFA in Social Practice from Queens College and her BFA from Pratt Institute. Known for her drawings and paintings, Mourino constructs vibrant and electric compositions, such as her recent paintings of bodega windows. These more recent works provides a glimpse into the cultural and tactile observations that Mourino experiences. One can describe her work as Rorschach test images that are infused with dream-like qualities.

Lineage showcases the vibrant artwork of six artists exploring the complex nature of cultural identity, reality, and the human condition. From drawings, painting, and mixed media, these artists bring to life their very real truths, providing unique, and sometimes universal, observations. From depictions of cultural icons, to finding the beauty in the ordinary, these artists exemplify why art is vital in bridging the gaps between seemingly different worlds.