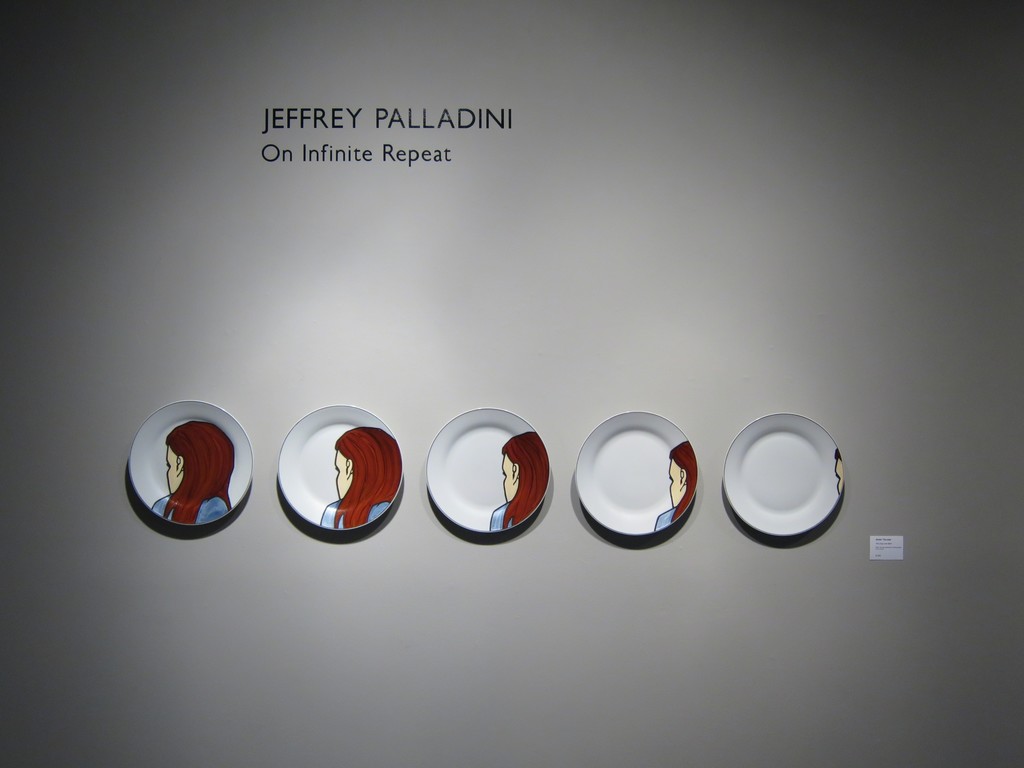 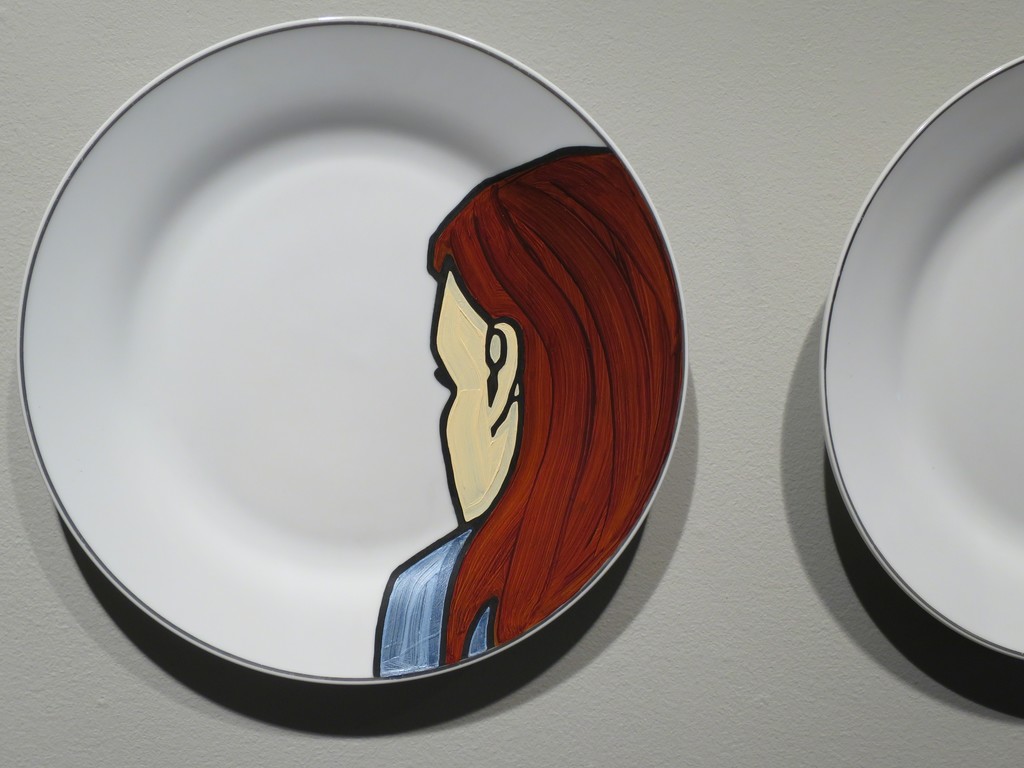 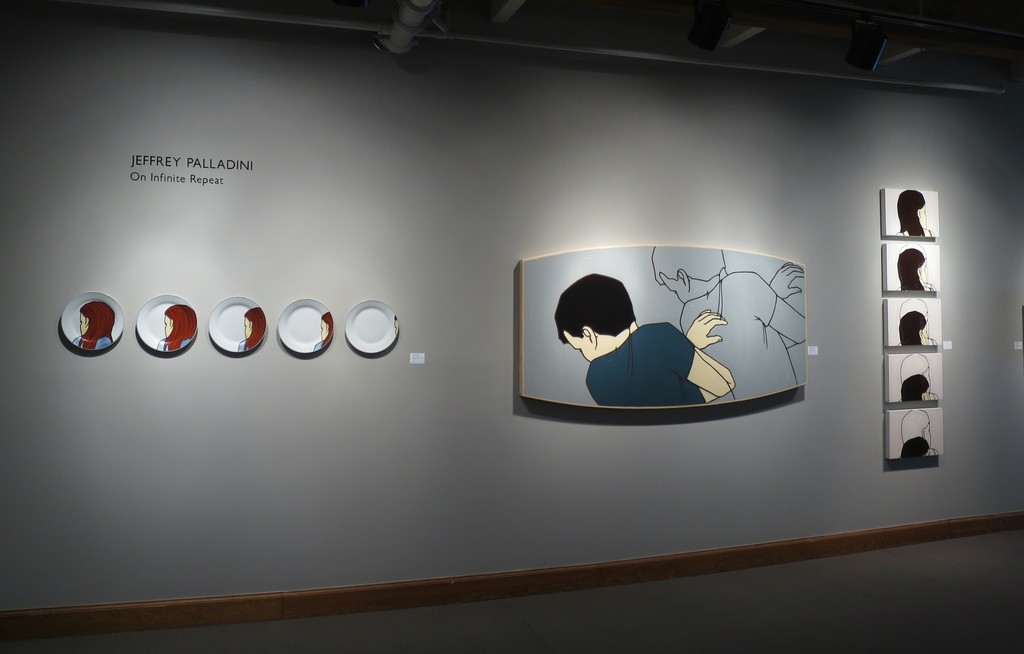 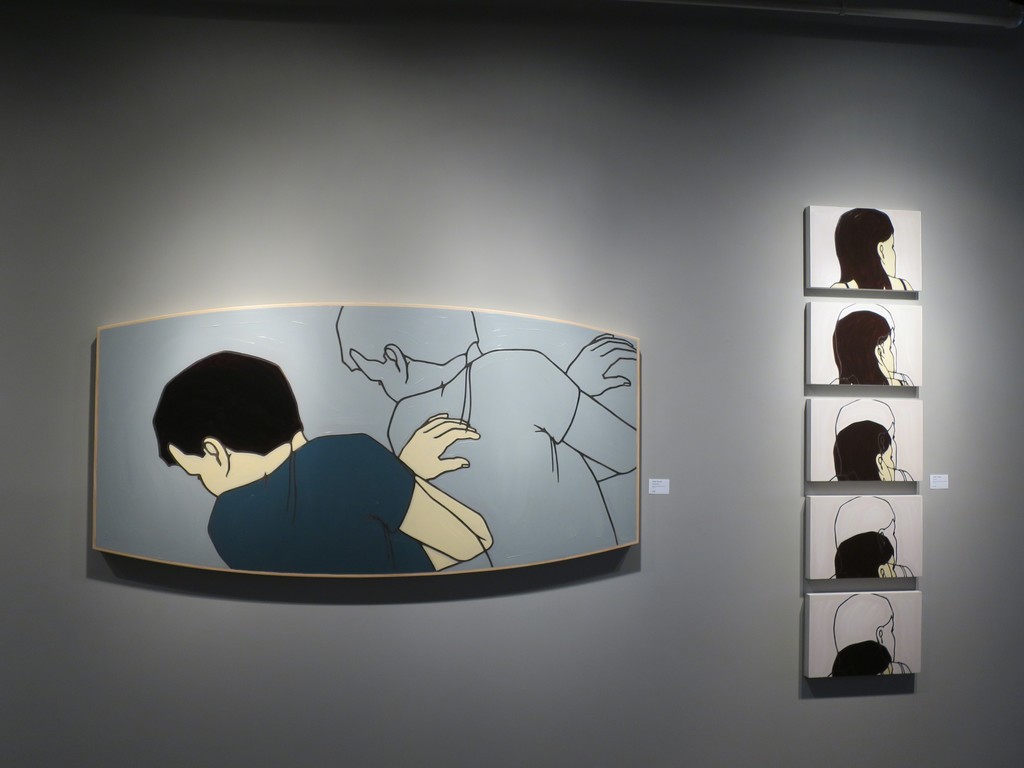 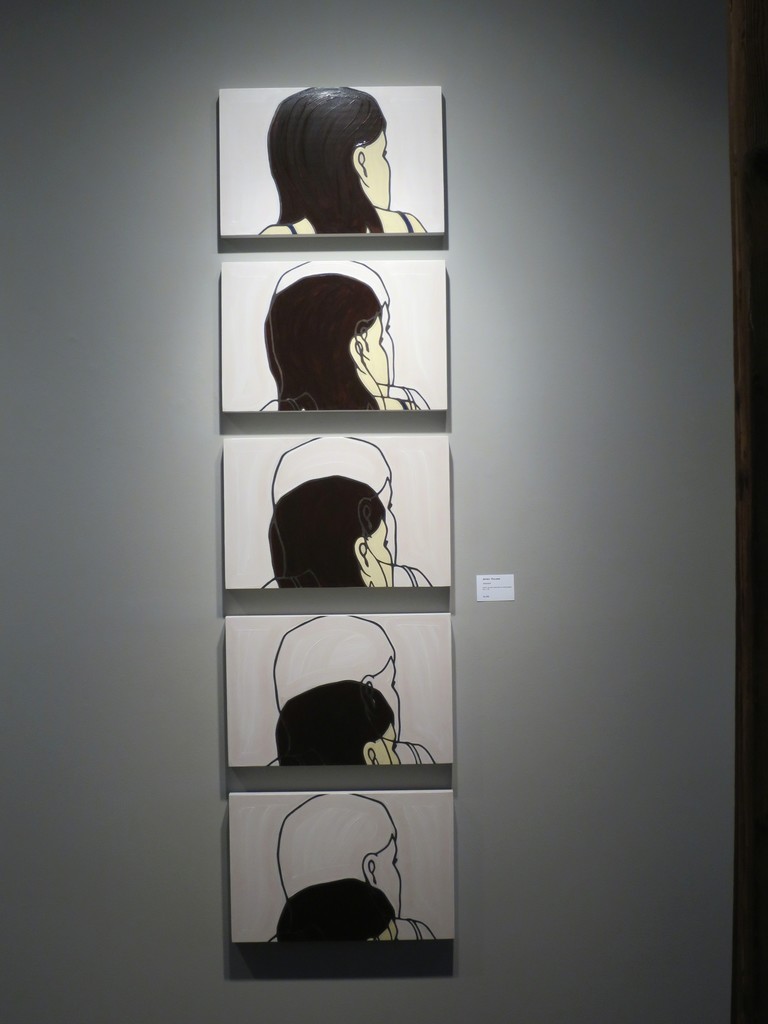 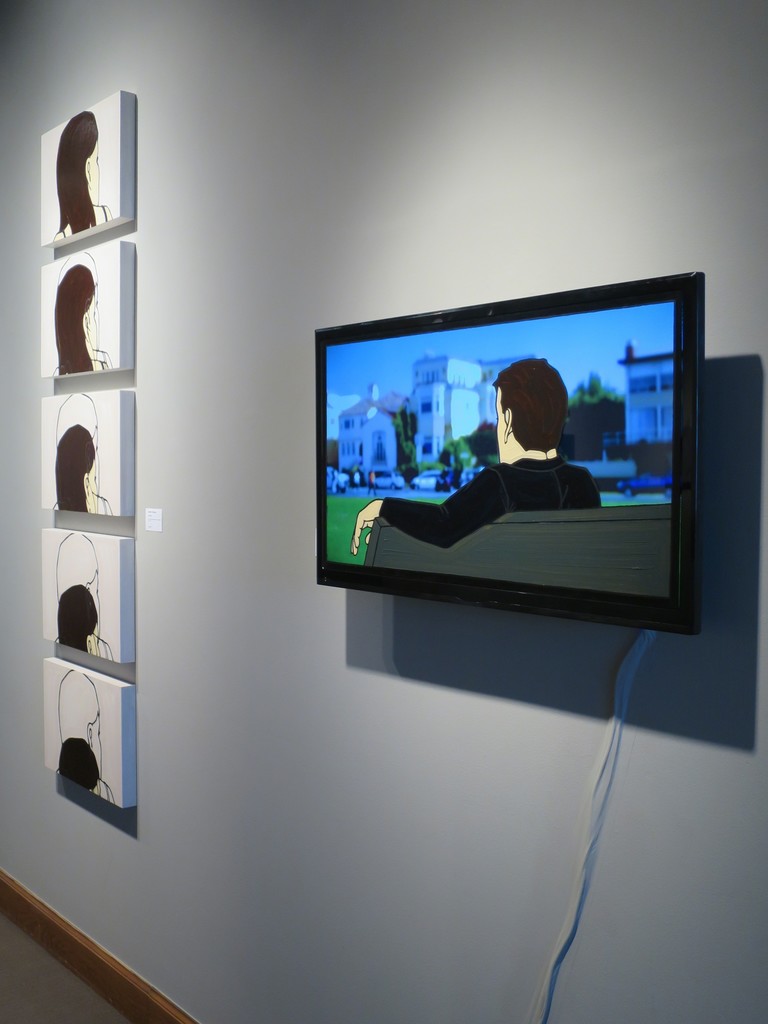 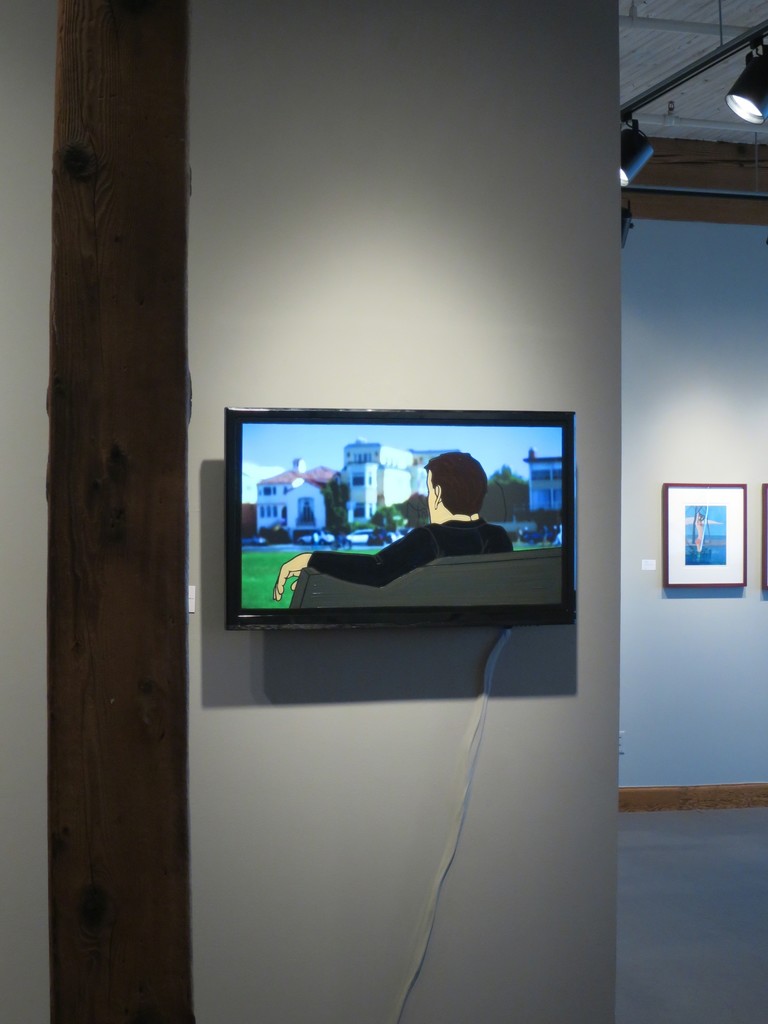 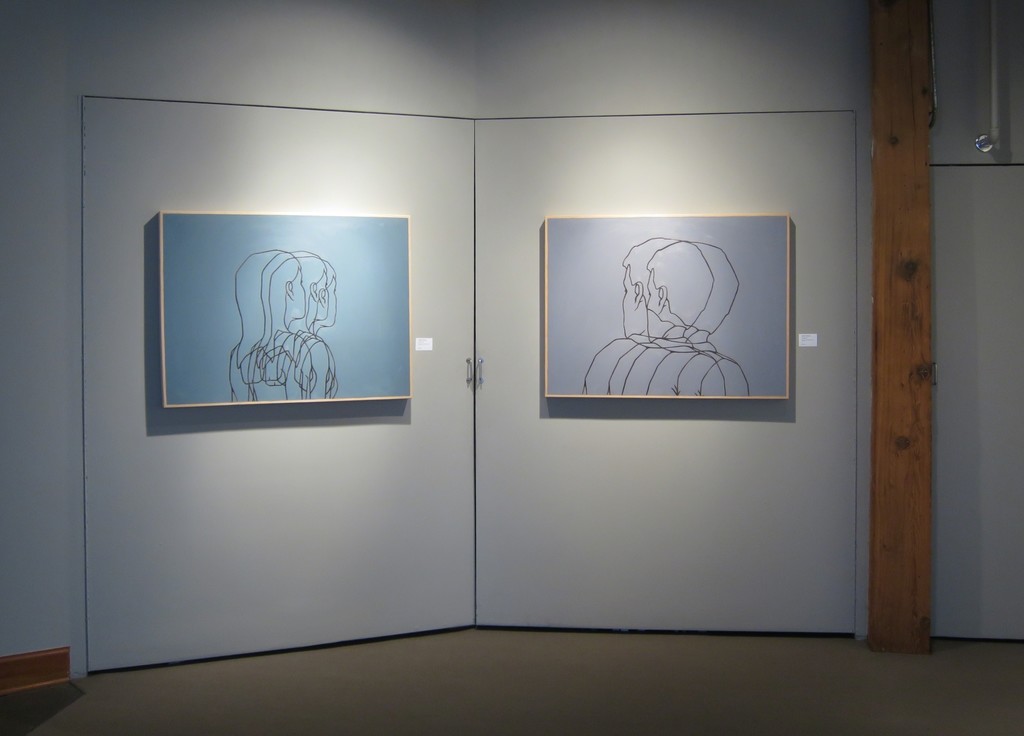 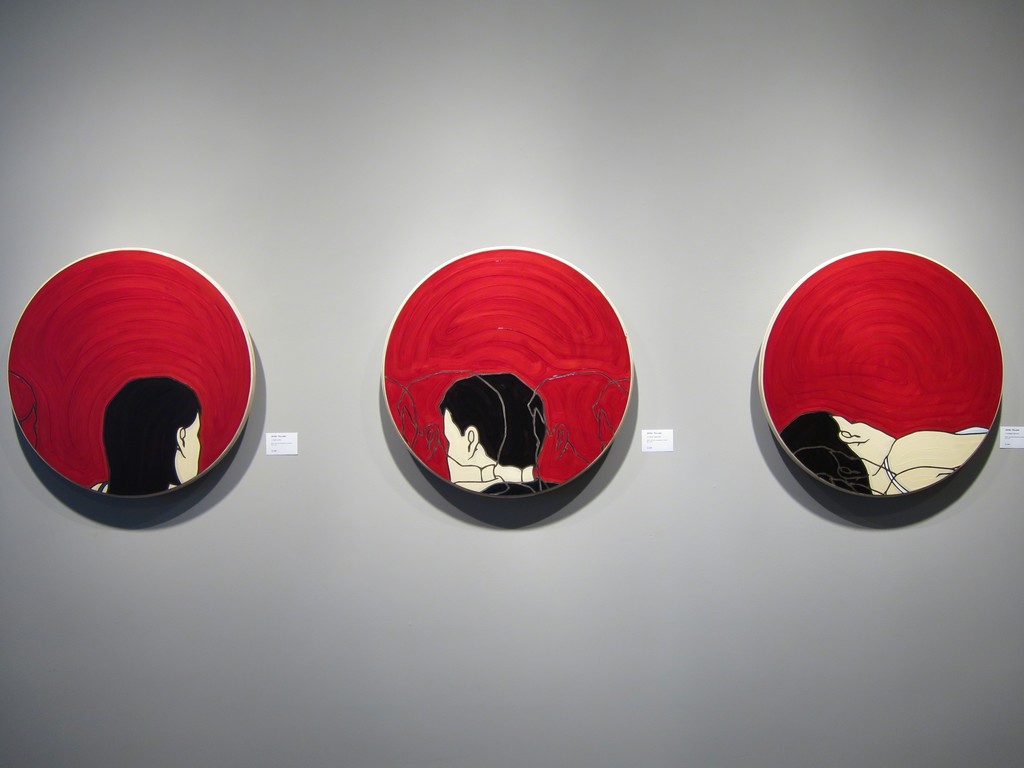 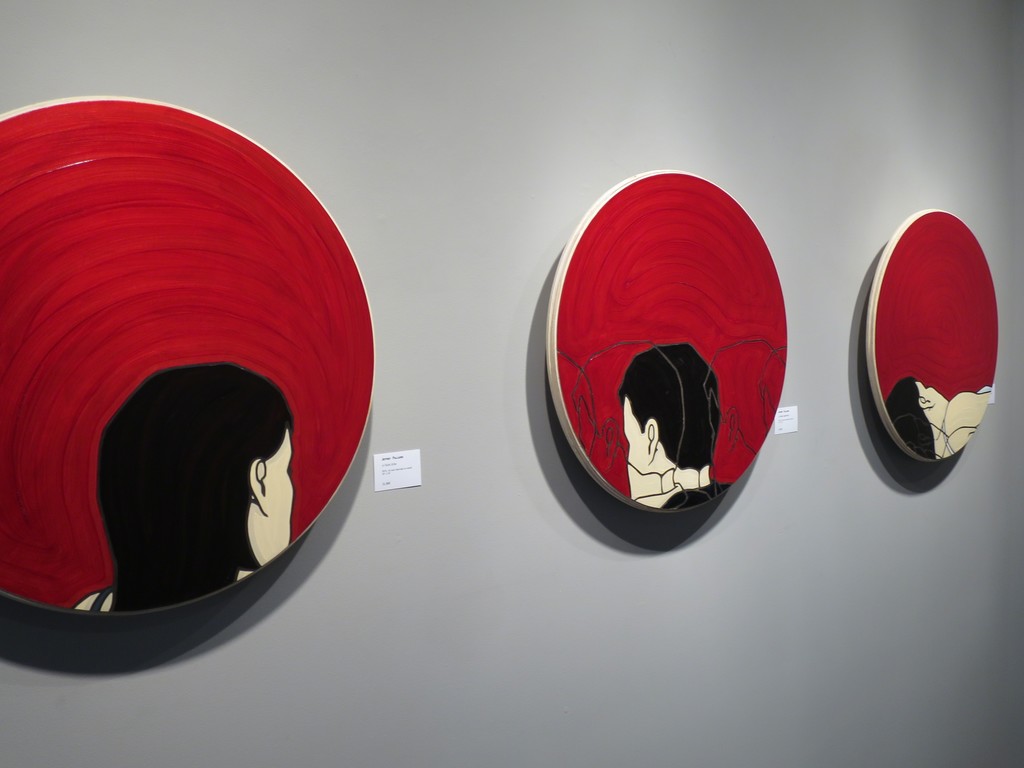 Lisa Harris Gallery is pleased to announce two solo exhibitions by Jeffrey Palladini and John Lysak in September that portray two approaches to narrative figuration; Palladini presents conceptually-driven works on wood, while Lysak offers soft and dreamy watercolors with expressionistic undercurrents. A reception for the artists will be held First Thursday, September 3, from 6:00 to 8:00 p.m.
For his second showing at Lisa Harris Gallery, Jeffrey Palladini presents bold oil, charcoal, and new media works in a series he calls “On Infinite Repeat.” Recent paintings on wood embrace a graphic minimalist aesthetic that sets the stage for the enigmatic subjects of these works. Solitary figures drift through color fields of deep reds, sap greens and soft purples. Each gesture is recorded; the fleeting quality of movement and time captured as figures approach or depart from their objectives outside the picture plane. Commenting upon time’s ephemeral quality, Palladini writes, in “our endless efforts to thwart it, save it, slow it down, we are helpless in the face of time’s steady march.” Palladini explores the possibilities of working on wood panel by breaking the traditional rectangular format in pieces like Reverberation and A Faint Echo, boat-shaped and circular compositions. Notions of temporality and sequence are communicated not only in painted series that trace the incremental movements of these anonymous figures, but also in two video works that overlay the subtle chronology of video with static, painted figures.
Jeffrey Palladini has exhibited his work nationally and internationally, including shows in Miami, New York, San Francisco, Tel Aviv, and Paris. He studied art at California State University, Long Beach and continued his studies in Florence, Italy. His work is included in numerous private and corporate collections.