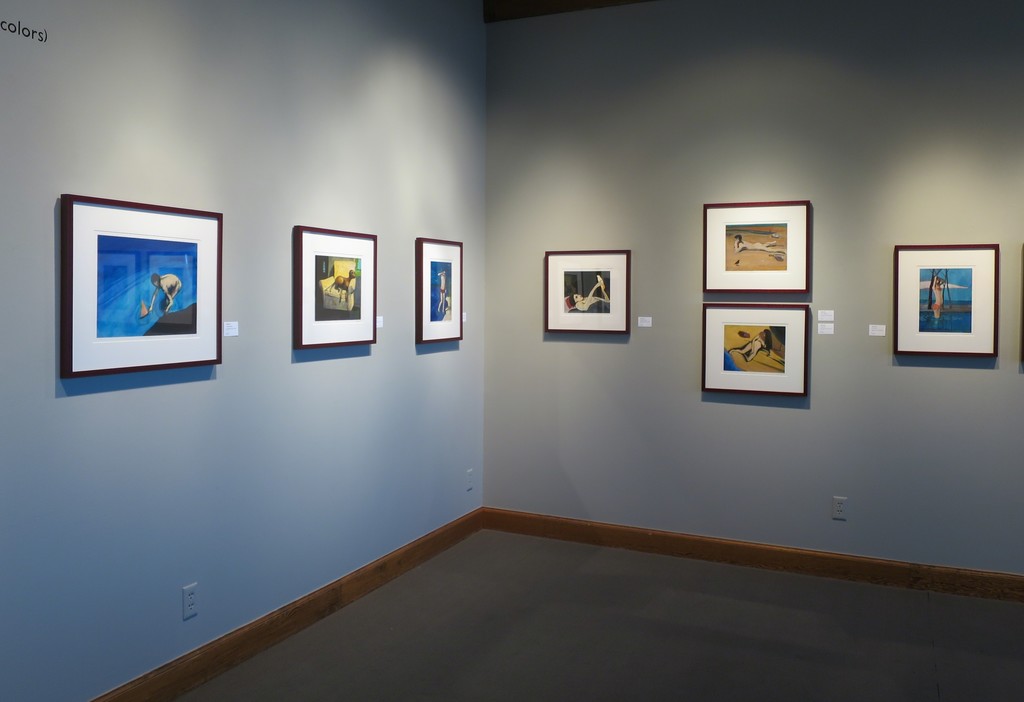 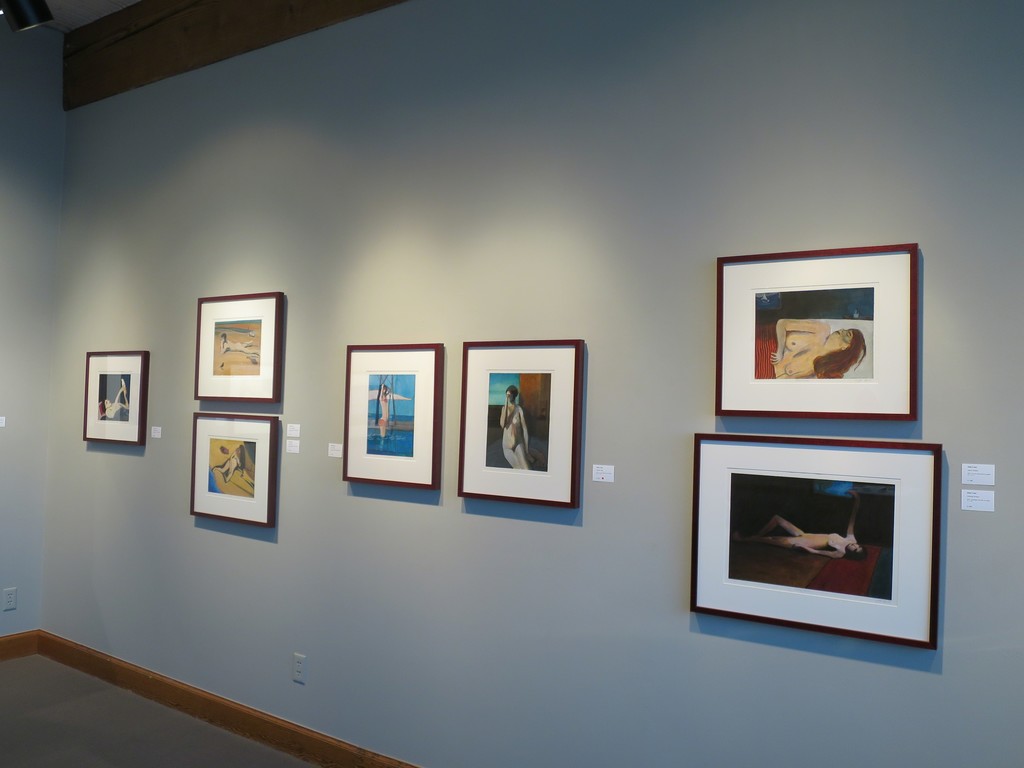 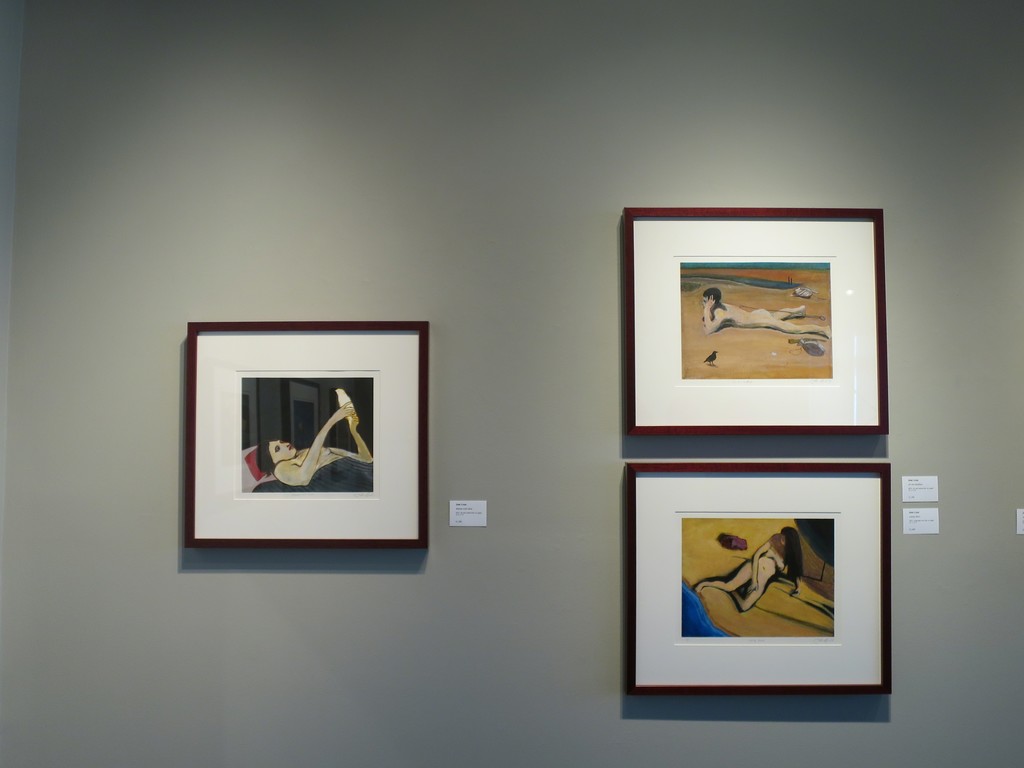 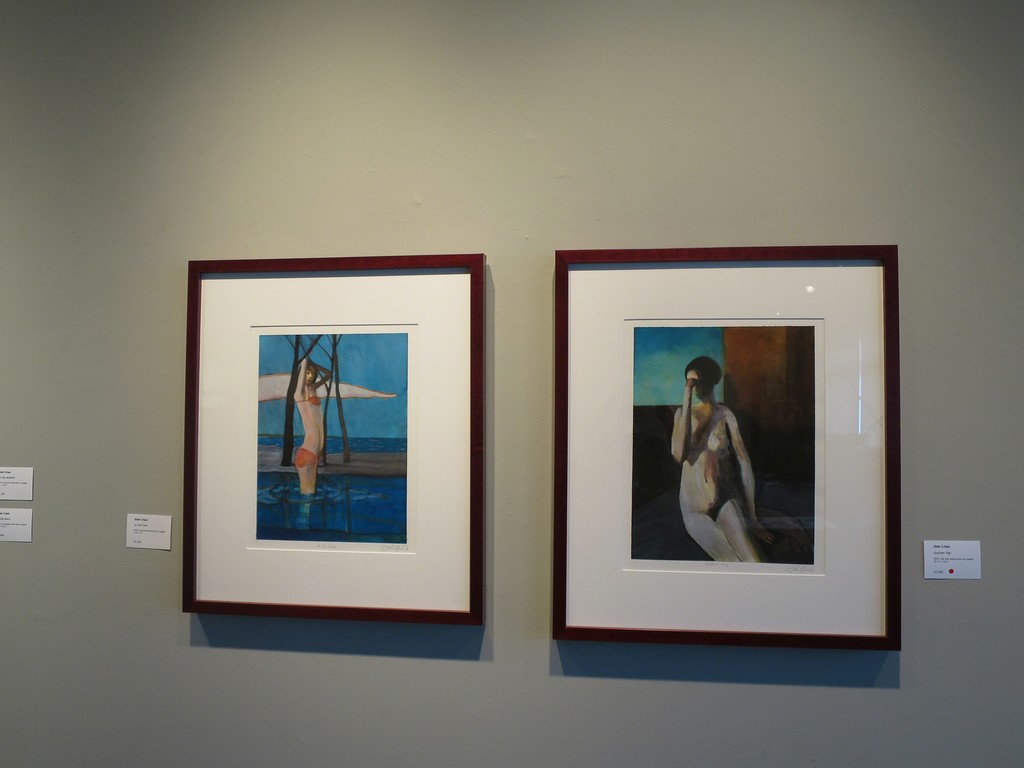 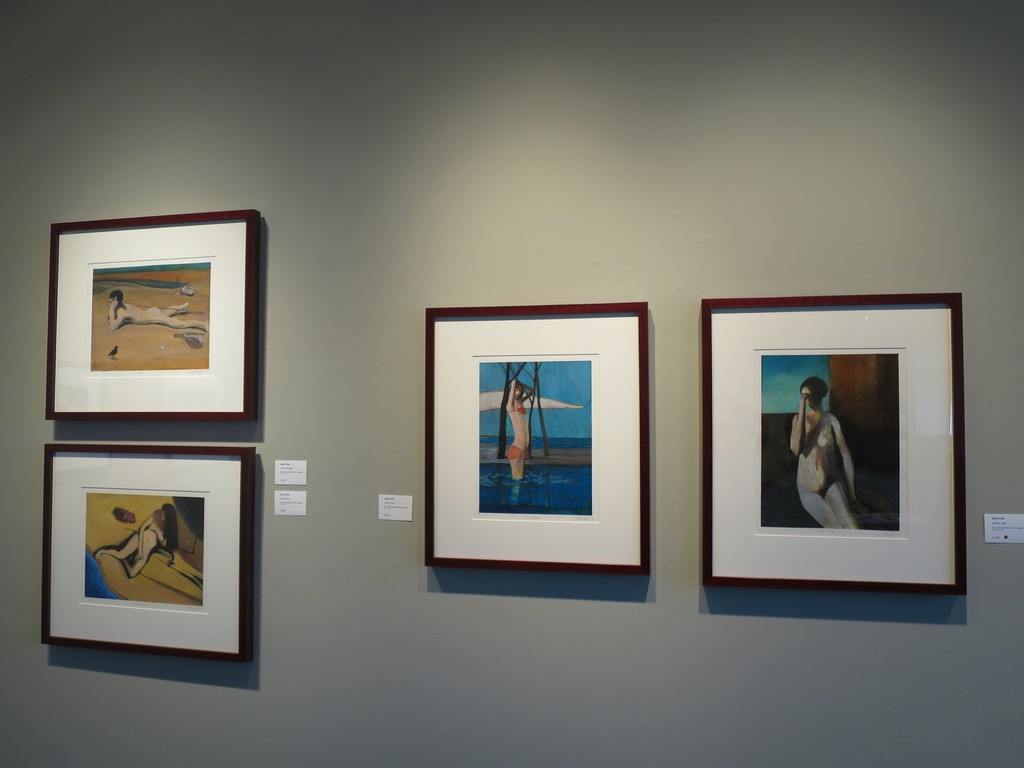 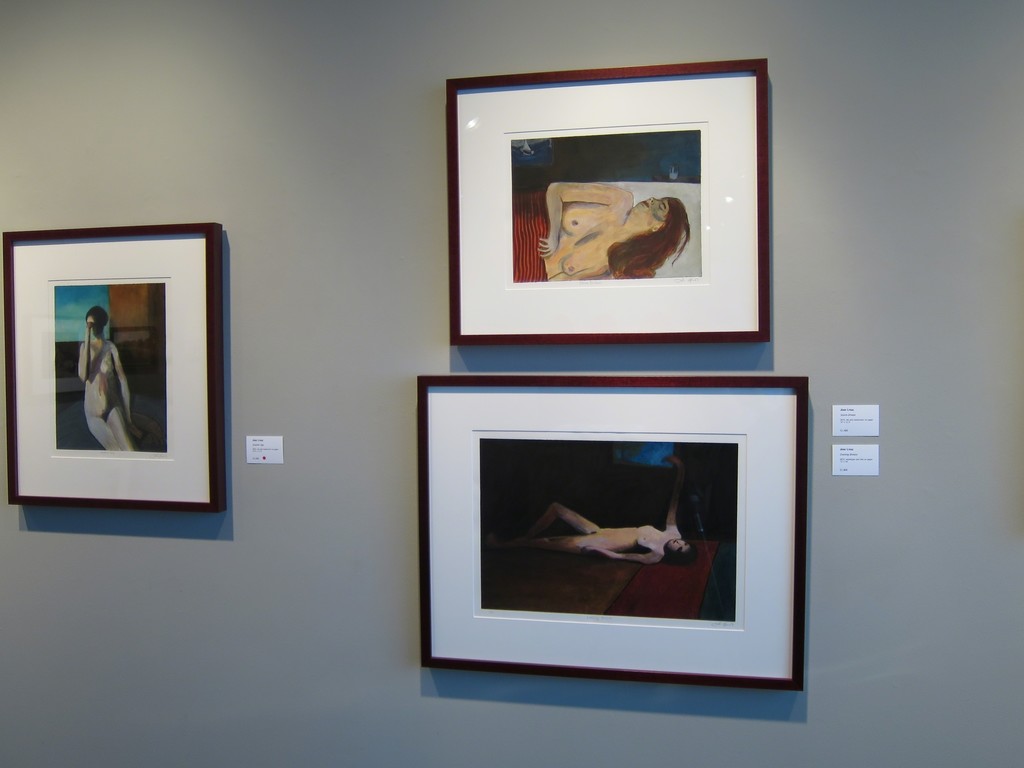 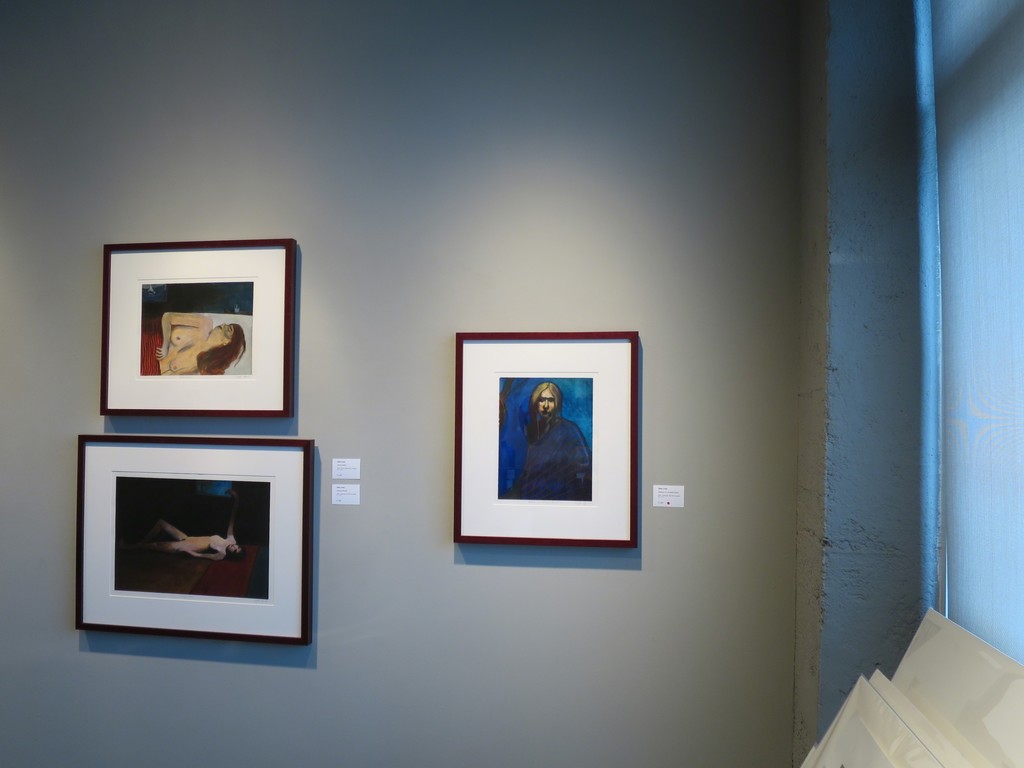 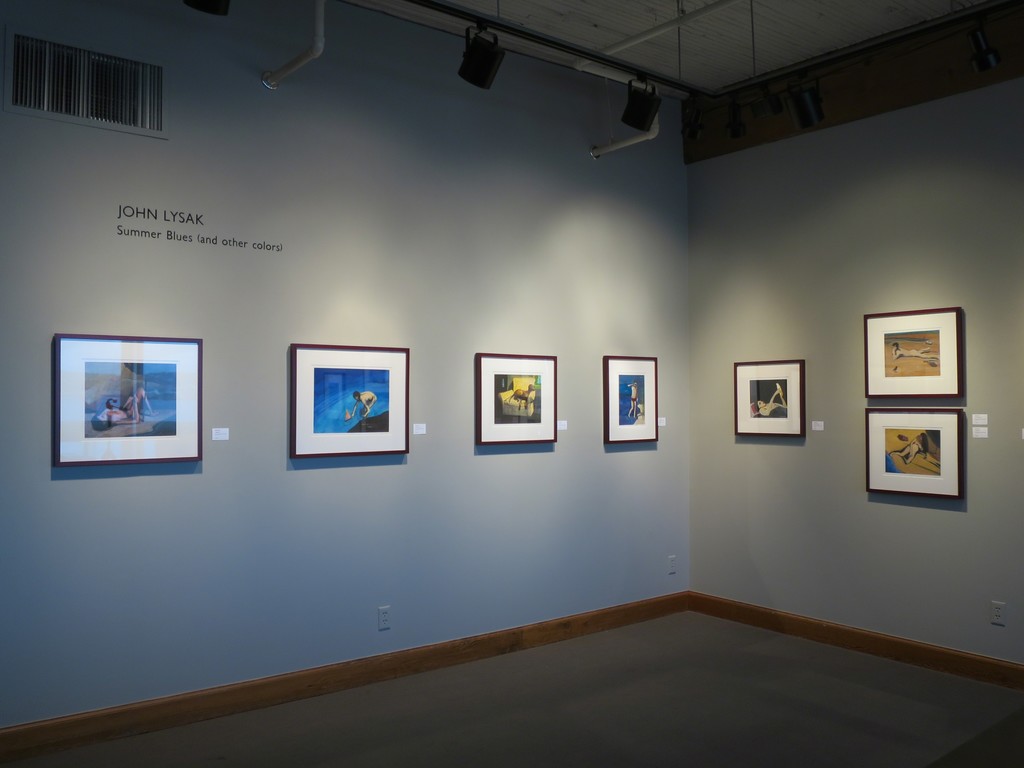 Lisa Harris Gallery is pleased to announce two solo exhibitions by Jeffrey Palladini and John Lysak in September that portray two approaches to narrative figuration; Palladini presents conceptually-driven works on wood, while Lysak offers soft and dreamy watercolors with expressionistic undercurrents. A reception for the artists will be held First Thursday, September 3, from 6:00 to 8:00 p.m.

Entitled “Summer Blues (and other colors)” the newest series of ink and watercolor paintings by John Lysak are occupied by introverted, meditative figures. Dreaming, sleeping, contemplating, the figures of these worlds pensively direct their gaze beyond the boundaries of the painting. Lysak’s stylistic approach to rendering the figure captures their expressions and personalities, while their singular identities remain mysterious. These subjects, veiled in a painterly depiction, are relatable as they engage in ordinary tasks of eating, resting, thinking, they mirror the intensity of everyday life. The artist’s palette of saturated blues, earth-tone yellows, reds, and greens emphasize the quiet and expressive moods of these works.
John Lysak earned a B.A. from Evergreen College, Olympia, and a M.F.A. from Carnegie Mellon University, Pittsburgh. He is Professor of Art (Printmaking) at Edinboro University of Pennsylvania. The artist was a Master Printer from 1988 to 1995 at Stone Press Editions in Seattle where he helped edition regionally and internationally known artists. In 2005, Lysak was among a group of Pacific Northwest printmakers invited for a residency in Florence, Italy at Il Bisonte, which also culminated in exhibitions. He was awarded residencies at the Frans Masereel Centrum in Belgium 2006, 2007, and 2009. The artist has been represented by Lisa Harris Gallery since 1994.