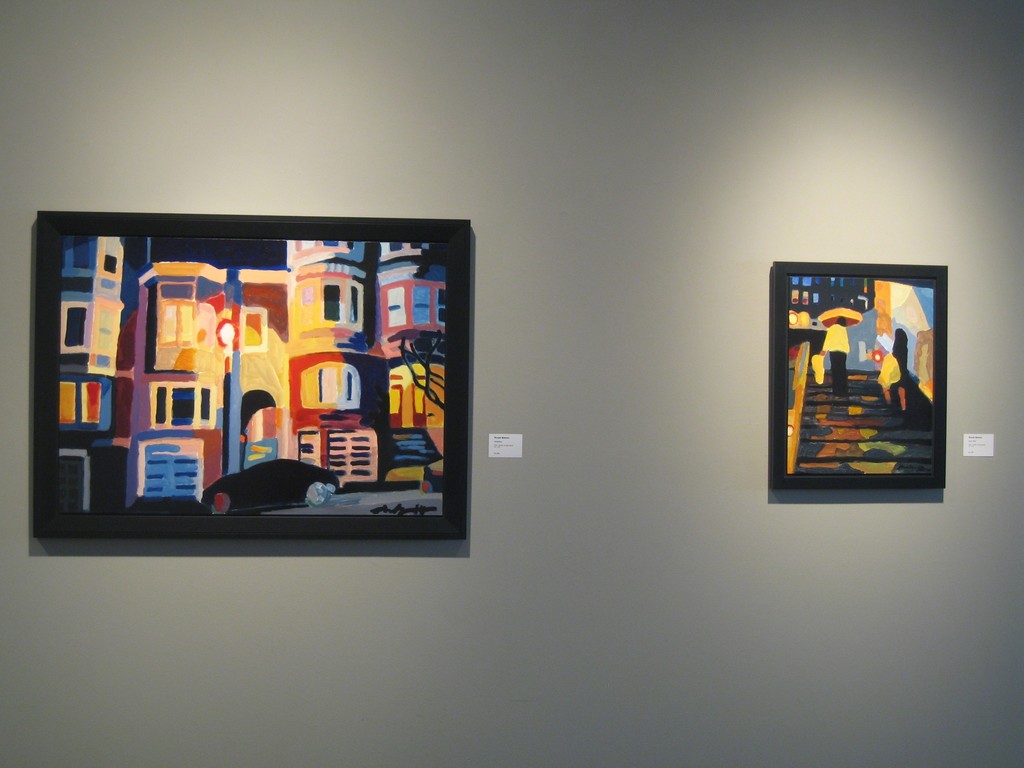 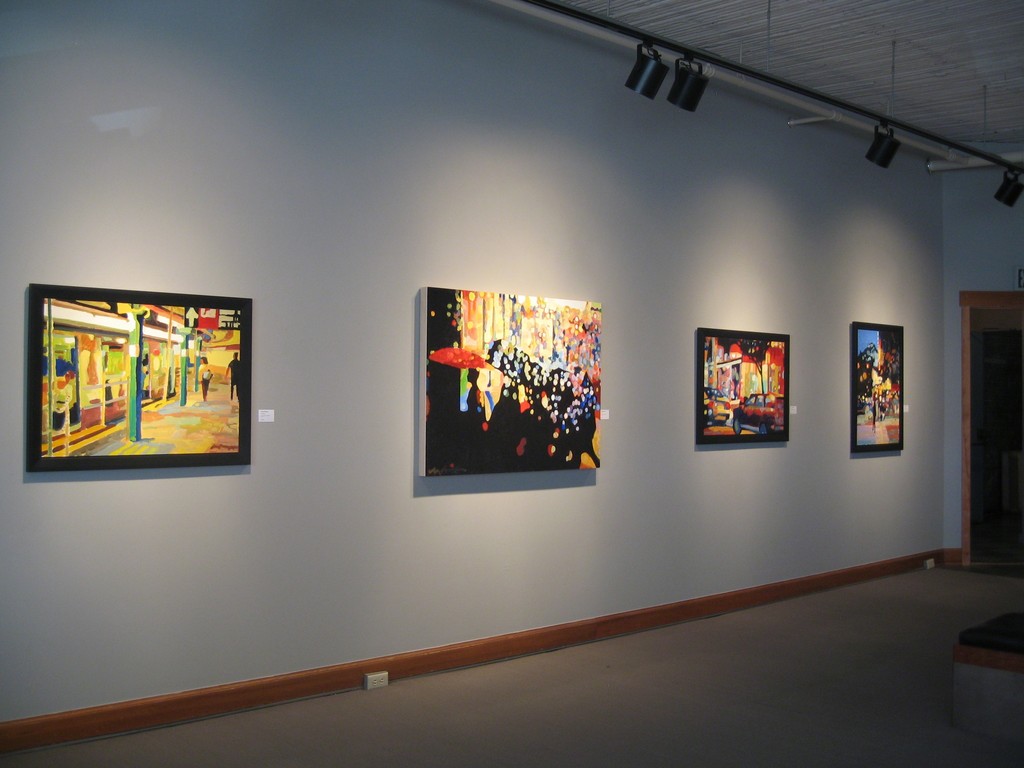 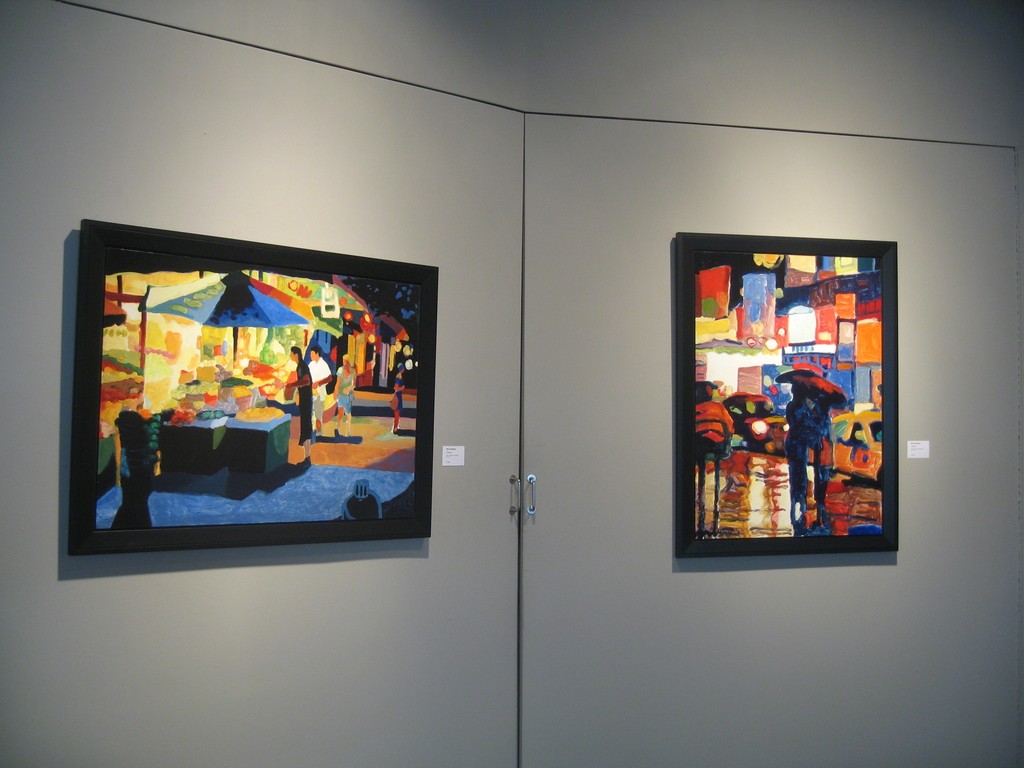 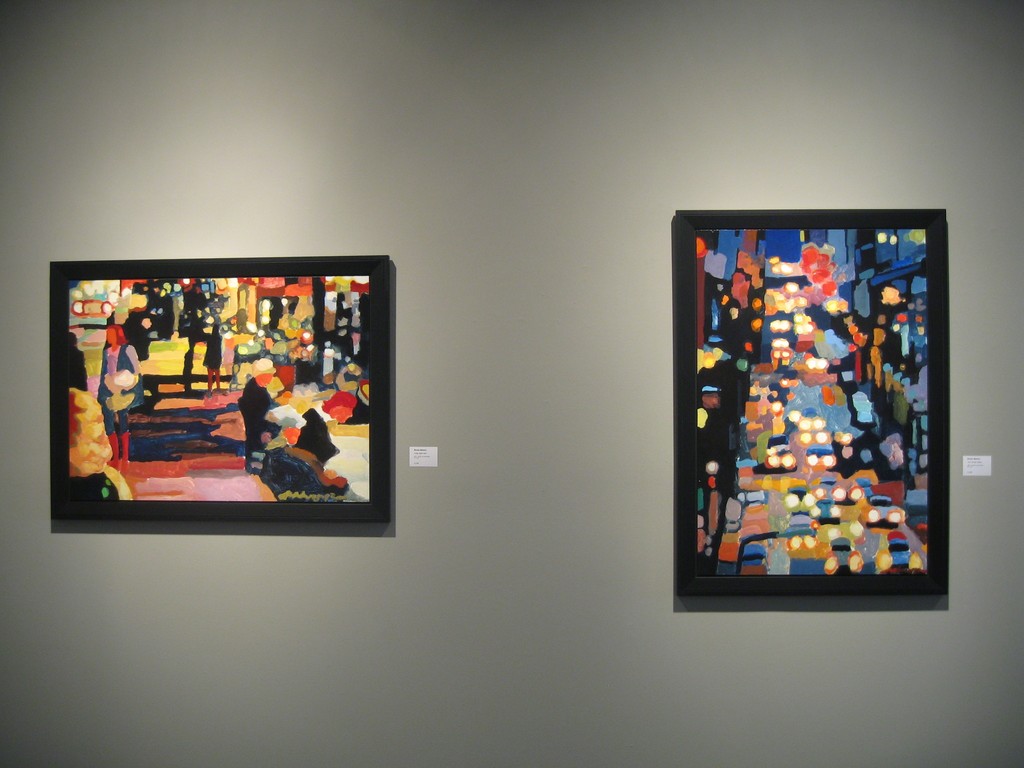 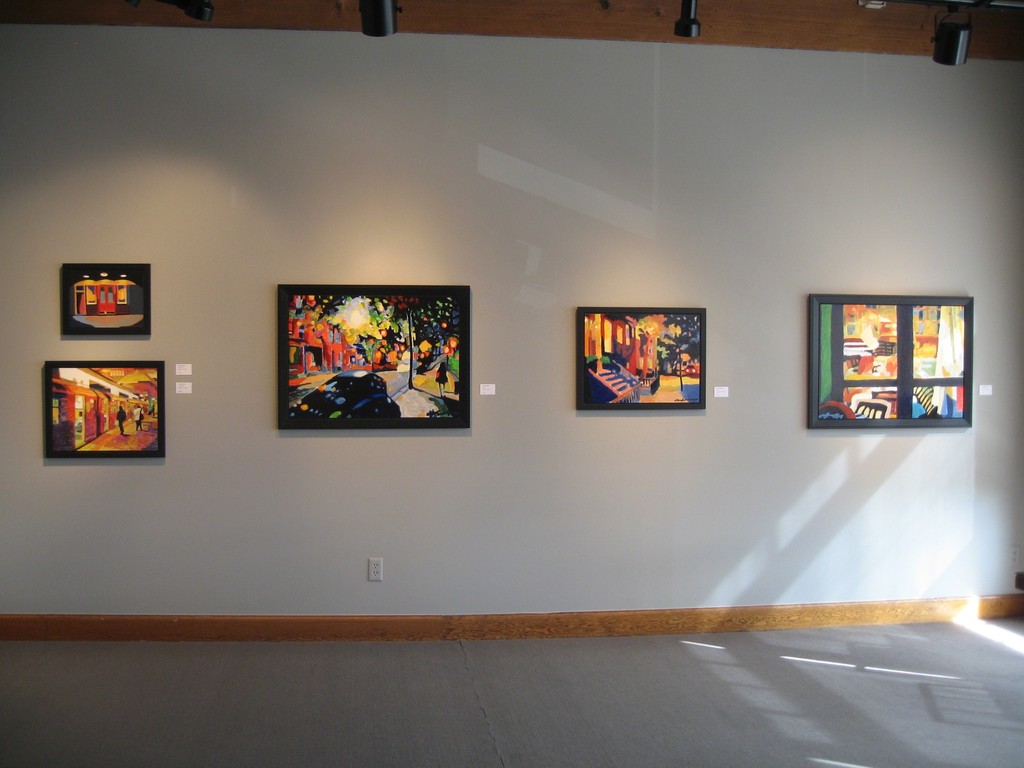 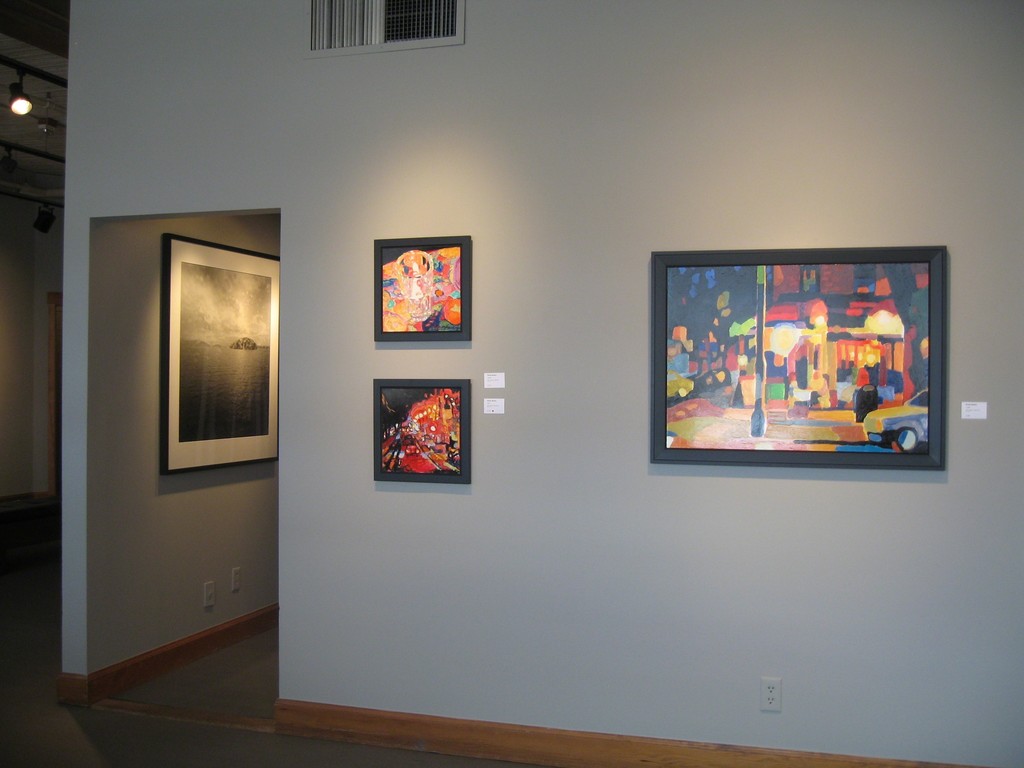 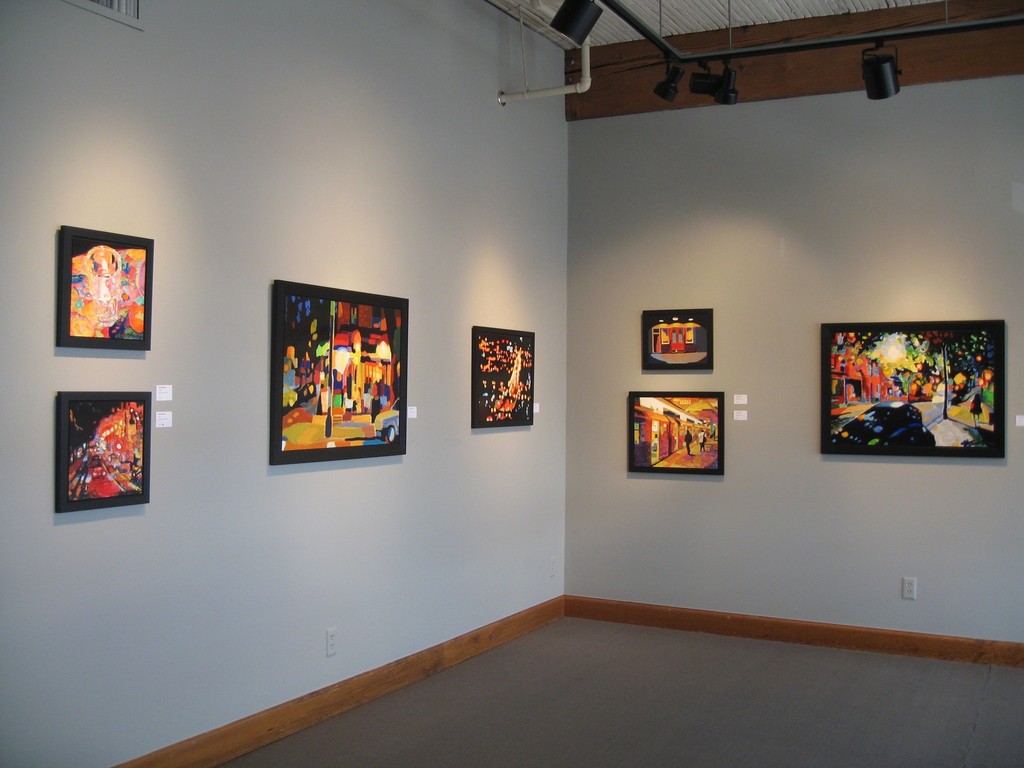 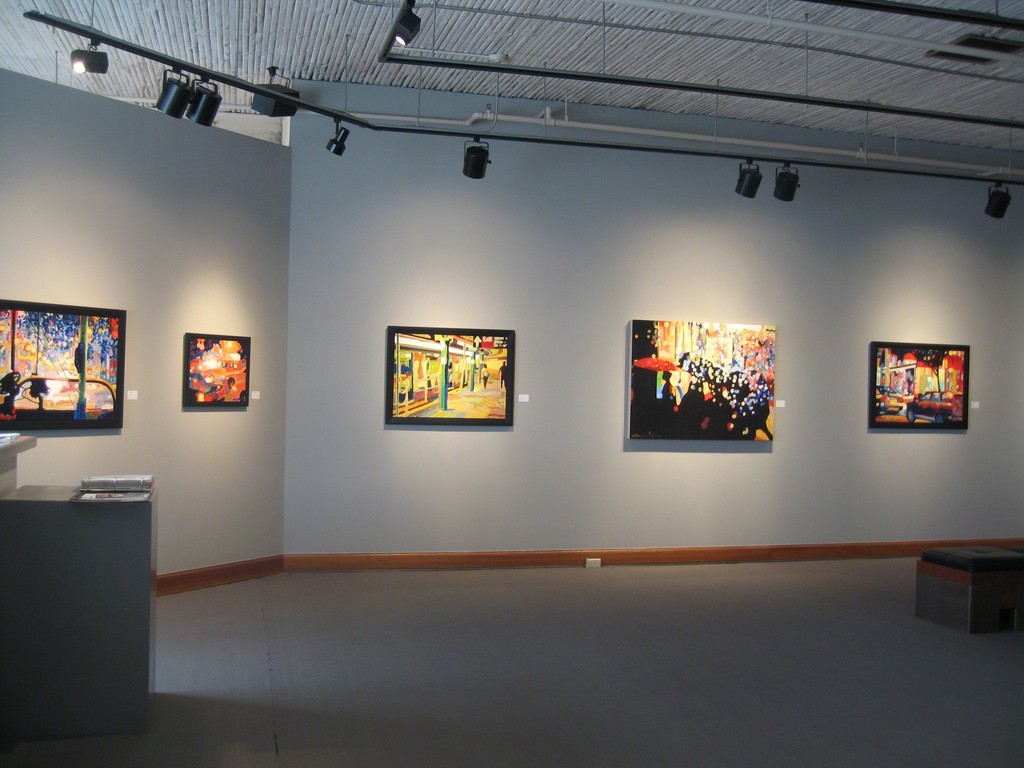 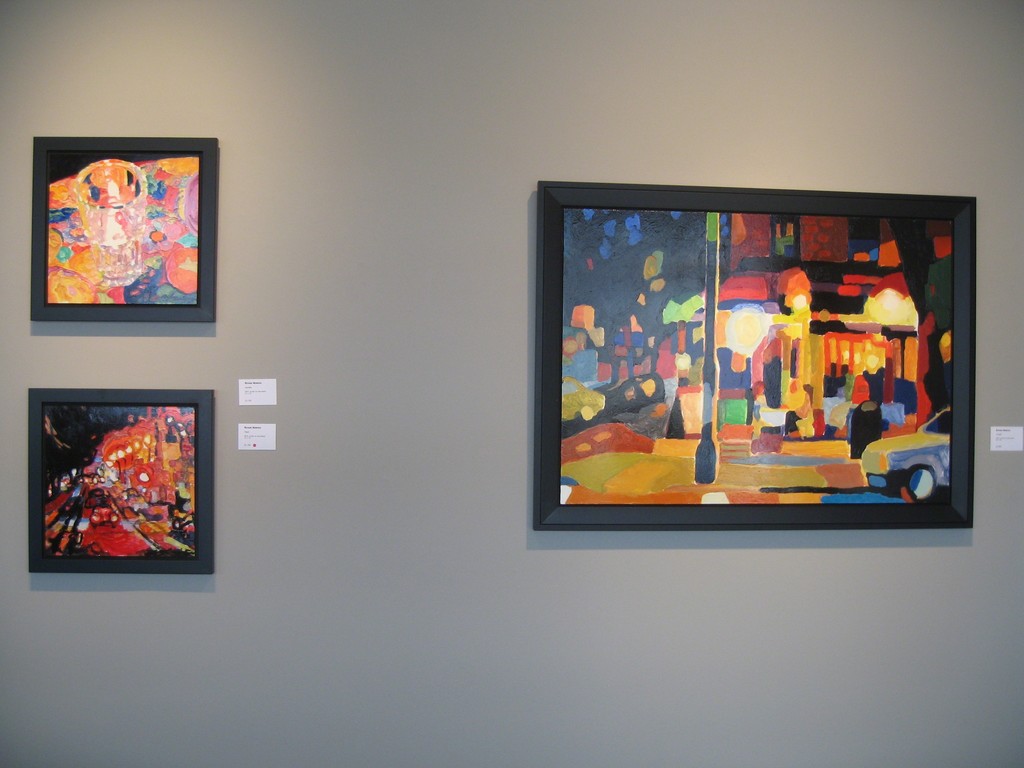 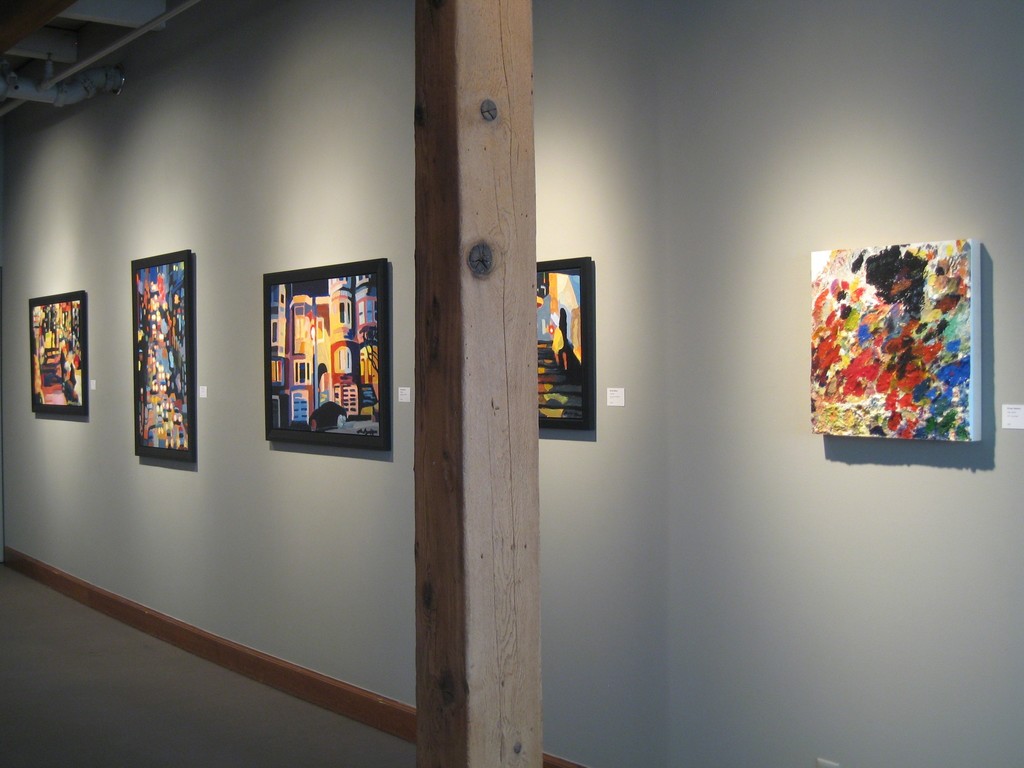 Lisa Harris Gallery is pleased to announce Night Light, works in acrylic by Seattle artist Richard Morhous. The paintings capture night scenes of New York and San Francisco illuminated by artificial light. Morhous will attend the “First Thursday” opening June 4 from 6:00 to 8:00 pm.
A photograph appearing in the New York Times 15 years ago, of headlights and street lamps shining on Broadway, was the inspiration for this series. Although the photograph itself is long lost, the image has continued to resonate with Morhous, resulting in glowing, dramatic paintings. These vibrant works reflect the impression of urban light at night. Electric, LED, and neon lights shimmer in yellows, oranges, and reds that meet deep blues, purples and black. This is the first exhibition devoted entirely to night views by the artist, and it signals a departure from the linear, drawing-focused style of the recent past. Instead, Morhous displays areas of animated, dappled brushwork to reflect the dynamic and radiating play of color on form in the urban setting: its architecture, lamp posts, subways, signage—all further enlivened with cars and figures.
Lisa Harris Gallery has mounted solo exhibitions for Richard Morhous nearly every year since 1987. Paintings and reviews of his work have appeared in numerous publications over the years, including The Pacific Northwest Landscape: The Painted Landscape, and in the 2003 survey, 100 Artists of the West Coast. His work may be found in such collections as the Hallie Ford Museum, Microsoft Corporation, City of Portland, University of Washington Medical Center, and Deloitte Touche Tohmatsu.