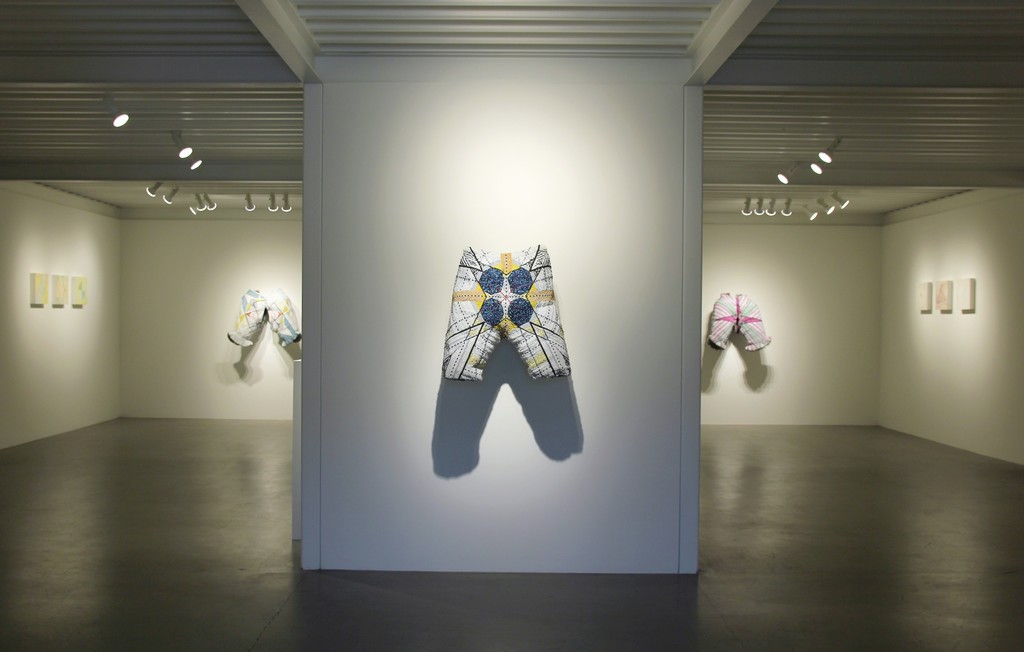 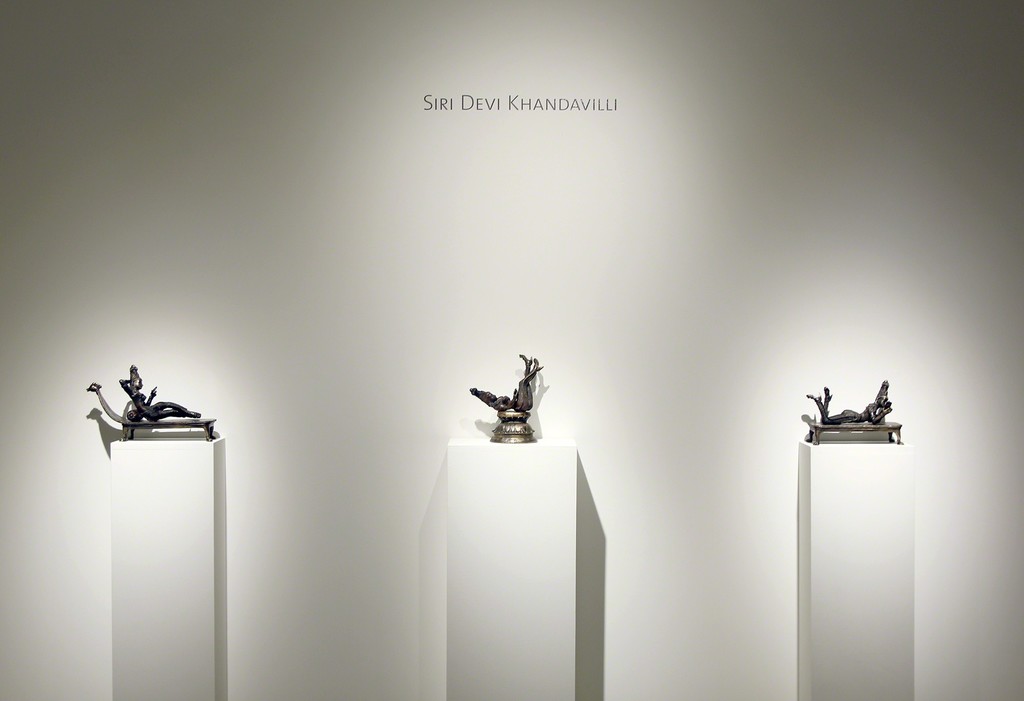 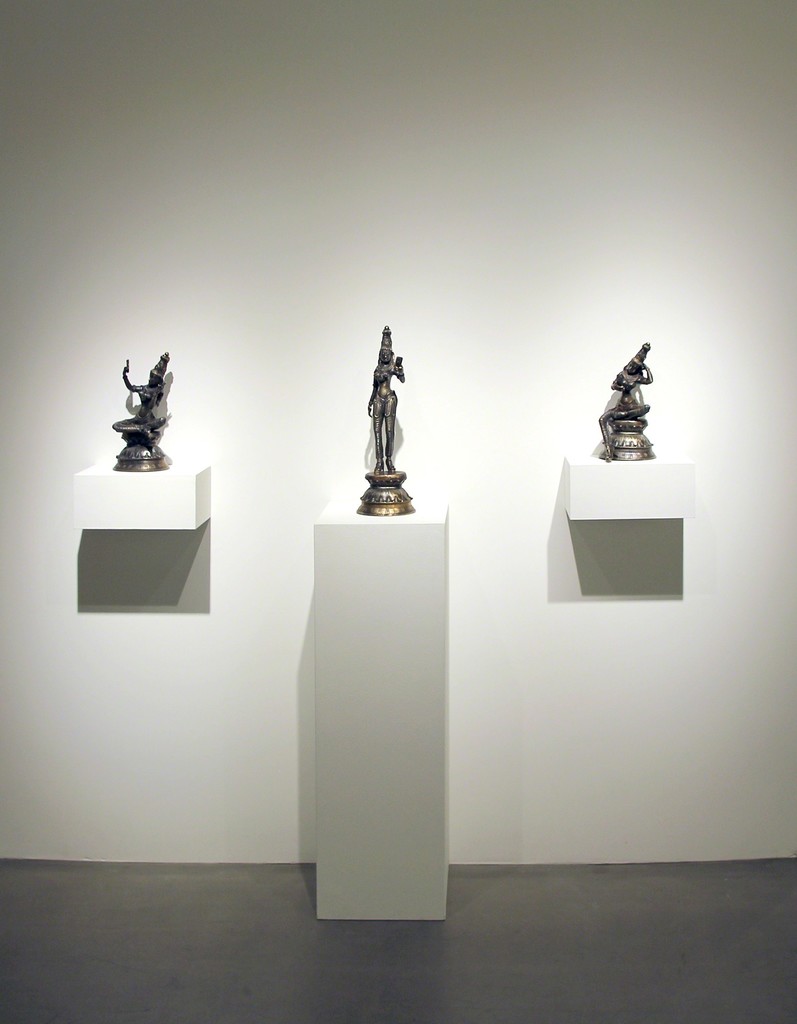 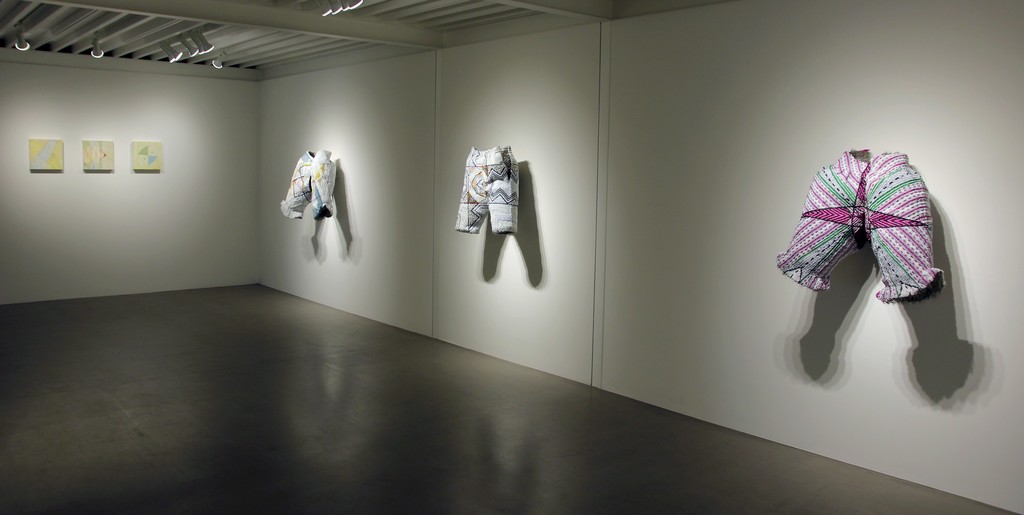 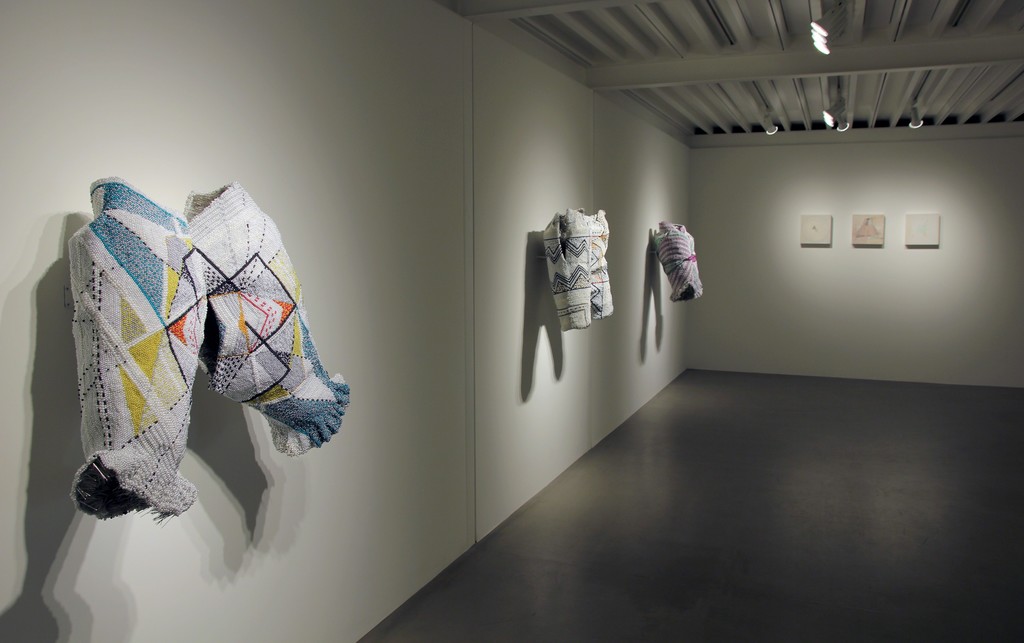 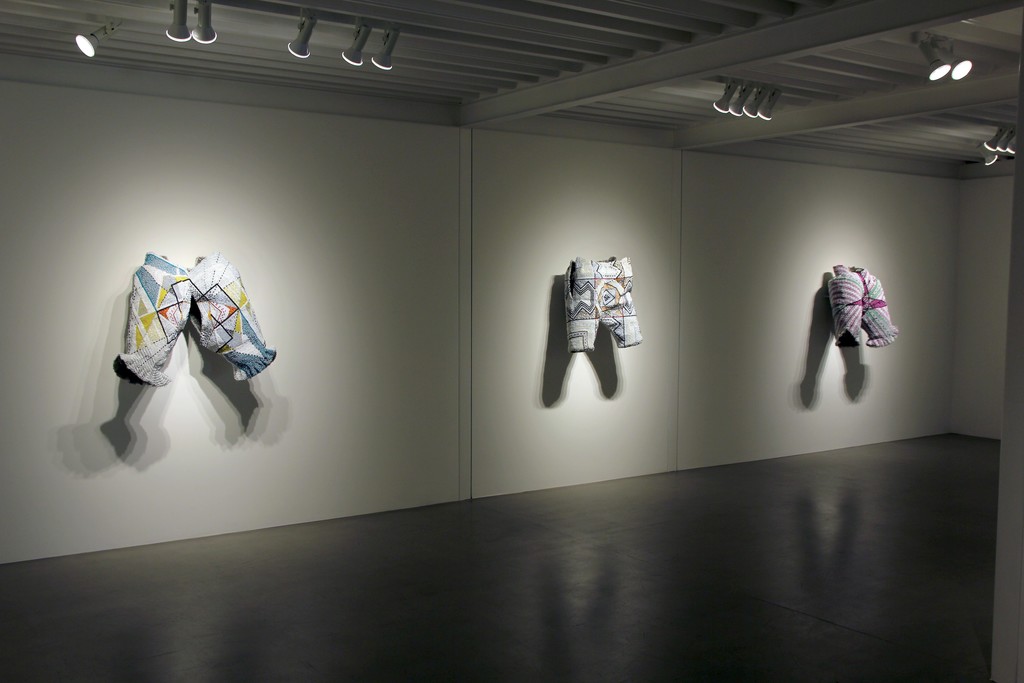 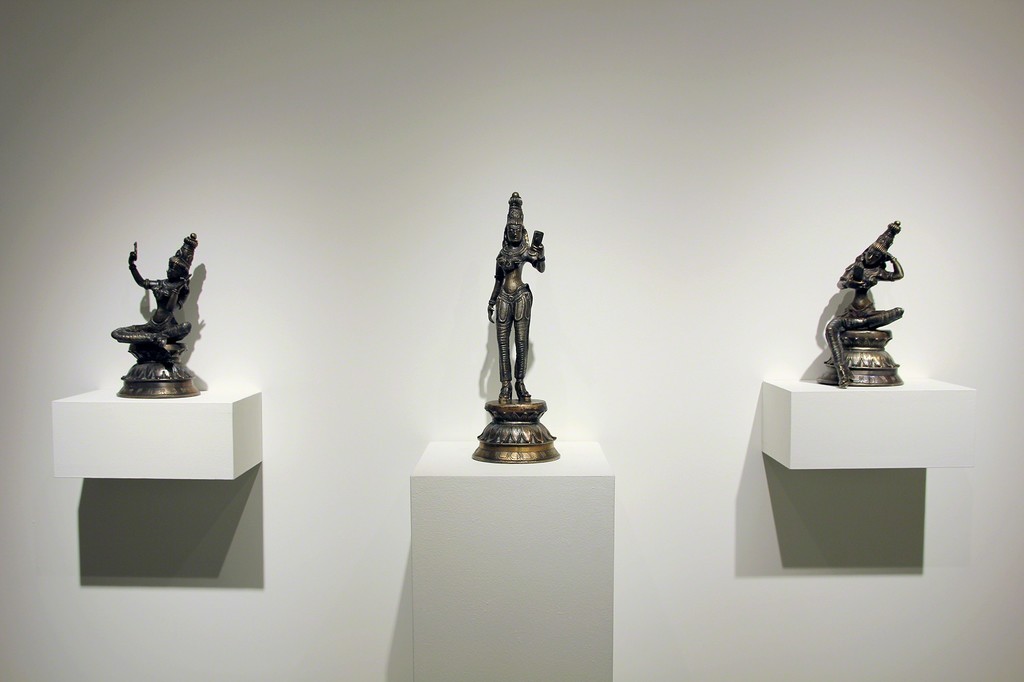 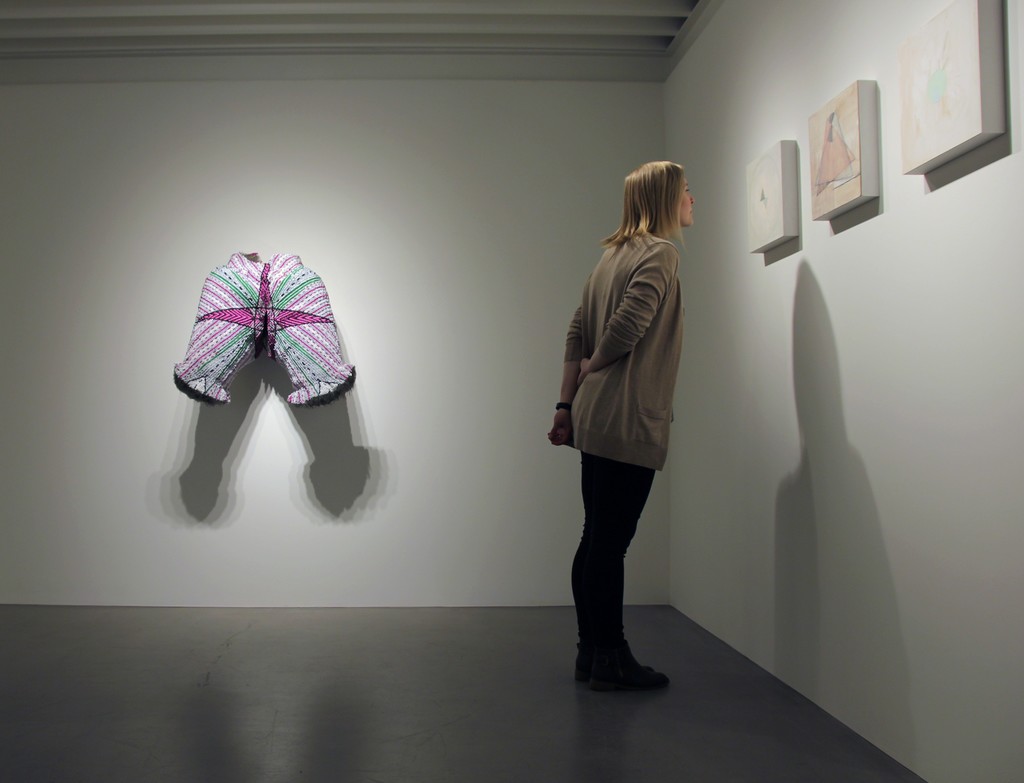 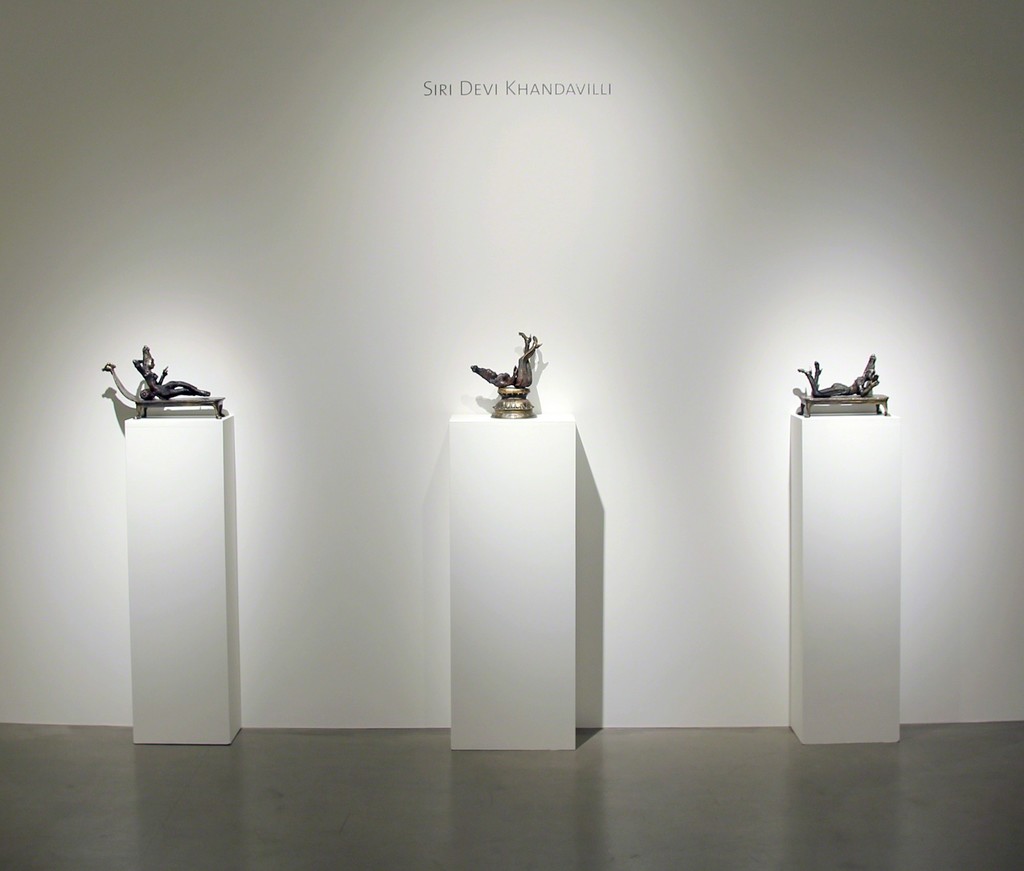 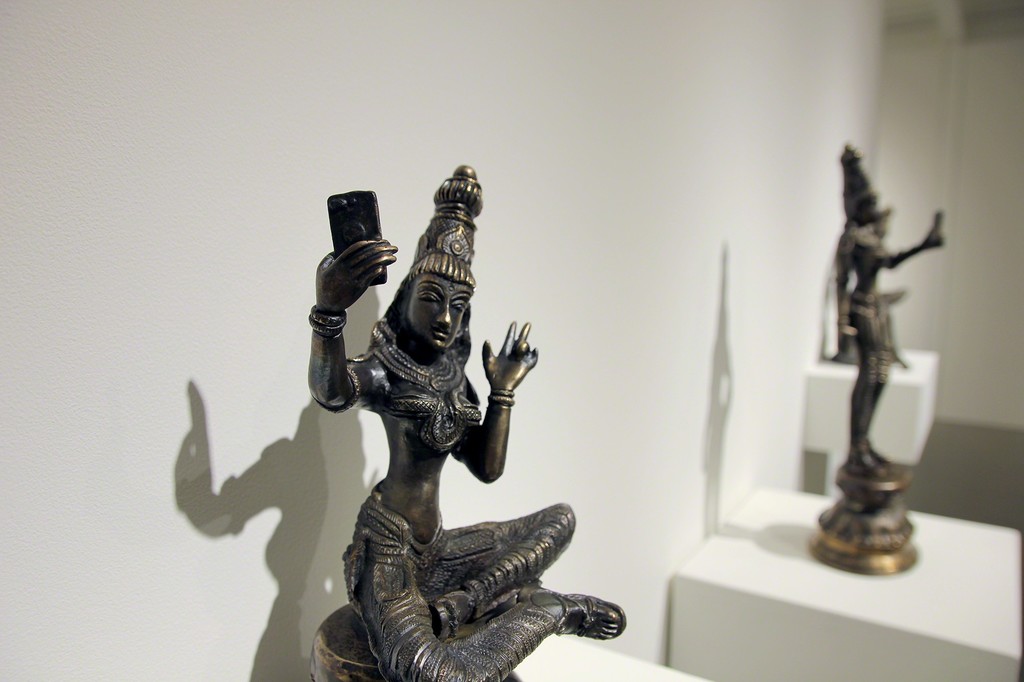 Ellsworth’s mysterious, entrancing objects and performances draw lines of communication between her Mormon ancestry and the work of mid 20th-Century spiritualists; Luis González Palma’s photo collages capture astrophysical material as evidence of a universal presence; and Khandavilli’s cast figures reenvision the Hindu pantheon as a series of modern idols, preening in designer heels. New works by Ellsworth, González Palma and Khandavilli will be exhibited at Lisa Sette Gallery from January 13 - February 23, 2018.

Addressing the secret languages pulsing beneath officially-sanctioned accounts of history and religion, Phoenix-based artist Angela Ellsworth interprets the spiritualism of mid-Century healers and artists Emma Kunz and Hilma af Klint as a pivotal moment in the hidden history of female spirituality--one that Ellsworth herself accesses through the practices of her maternal Mormon ancestry. A performance artist whose processes often produce mysterious and exquisite objects, the physical self is one of Ellsworth’s primary aesthetic concerns. Her new series, Holding Pattern, includes a series of “Pantaloncini,” patterned undergarments comprised of pearl-tipped hat pins, their iridescent exterior surfaces contrasting chillingly with the forest of needlepoints within.

The complex and profoundly compelling patterns created with contrasting pin-tips are derived from the “sacred geometry” of Emma Kunz. Generated in the service of healing and spiritual divining, Kunz’s abstract, mathematically intense drawings prefigured the work of the male Abstract Expressionists who later were recognized for innovating such forms. Says Ellsworth:

Guatemalan artist Luis González Palma has always used photography as a medium through which essential materials may travel; a transmission of soul rather than specific imagery. For González Palma these works are part of “the search for a reality related to the void and the sacred space…uncertain and loaded with a mysterious geography.” In his series Koan, González Palma works from the first astrophysical images recorded in Argentina: interplanetary bodies, spectral lines, and microscopic stellar particles derived from the archives of the Astronomical Observatory of Córdoba, Argentina.

González Palma has extrapolated from his originating images a personal geometry, “a space that is inhabited by conscience.” With these photographic images on onion paper, folded and shaped into a query about the nature of existence, González Palma continues to innovate photography as a spiritual medium. His works in Koan: El Sol, through archival material and astrophysical formulae, present a photographic iteration of “the pure and abstract sensation that comes from the Universe."

In Selfie Queens, Bangalore-based sculptor Siri Devi Khandavilli employs traditional Indian modeling and metal-casting methods to create a series of contemporary idols worshipping at the altars of self, social media, and consumerism. Voguing coquettishly for their camera-phones, Khandavilli’s ornate goddess figures look just like traditional Hindu temple idols. On closer inspection, one finds these burnished deities fully outfitted with trappings of the pop culture consumer: designer heels, tight jeans, and an intense, intimate connection between face and phone. These queens are glamorous, irreverent, and unblinking, attached to a history of stories and spirituality and a present moment of self-regard and consumption-as-beauty.

Khandavilli is fascinated rather than judgemental; in fact, she sees in the rise of the selfie a poignant search for meaning. Selfie photos, remarks Khandavilli, are “in a way, strangely beautiful – people seen as they see themselves or as they want to be seen. This self-consciousness, this vulnerability, talks about the human need for love and approval…a desire to live a life worthy of documentation.”

The charming, unsettling vision of stylized religious iconography taking form in a modern-day social-media setting reveals an essential aspect of Khandavilli’s conceptual concern: the myriad expressions of human desire. In one way or another, we are all functionaries of this worldly system of yearning and reward, posing and clicking as though our existences depended on it. Says Khandavilli, “Selfies are a kind of mirror-gazing without a mirror. Maybe we all are trying to recognize ourselves.”