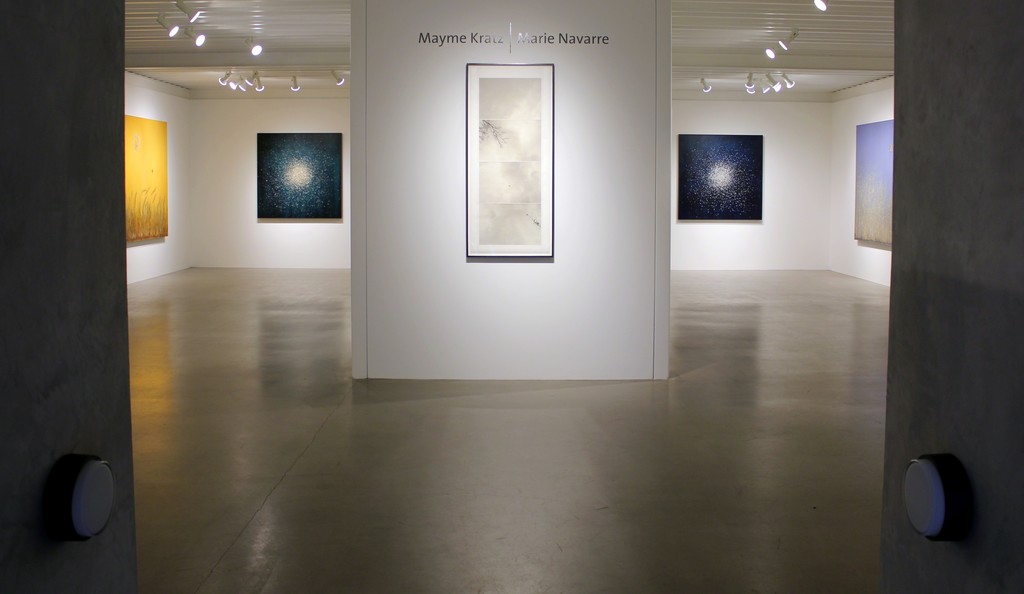 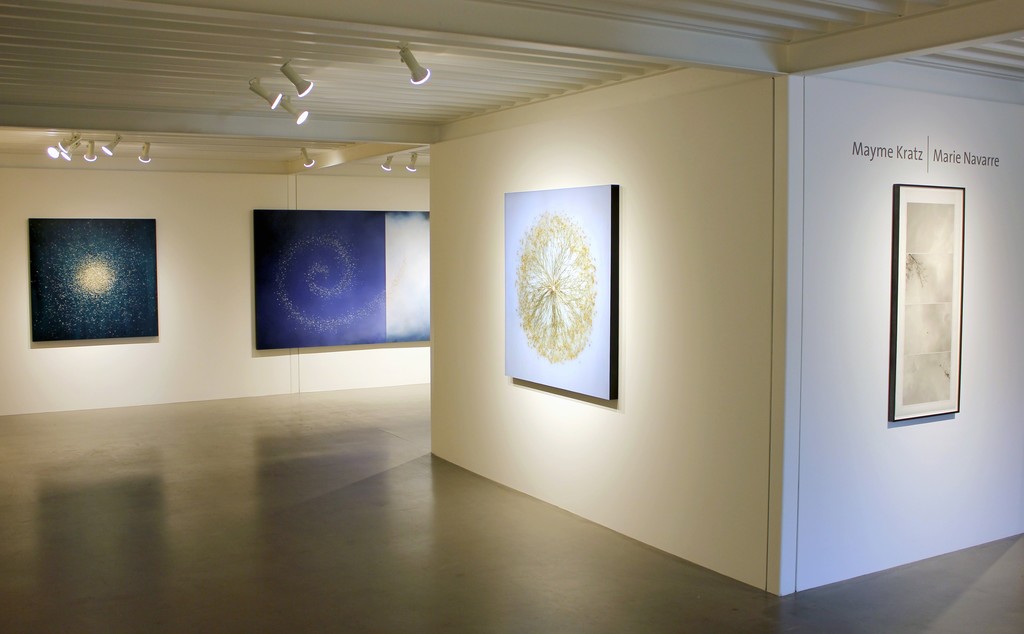 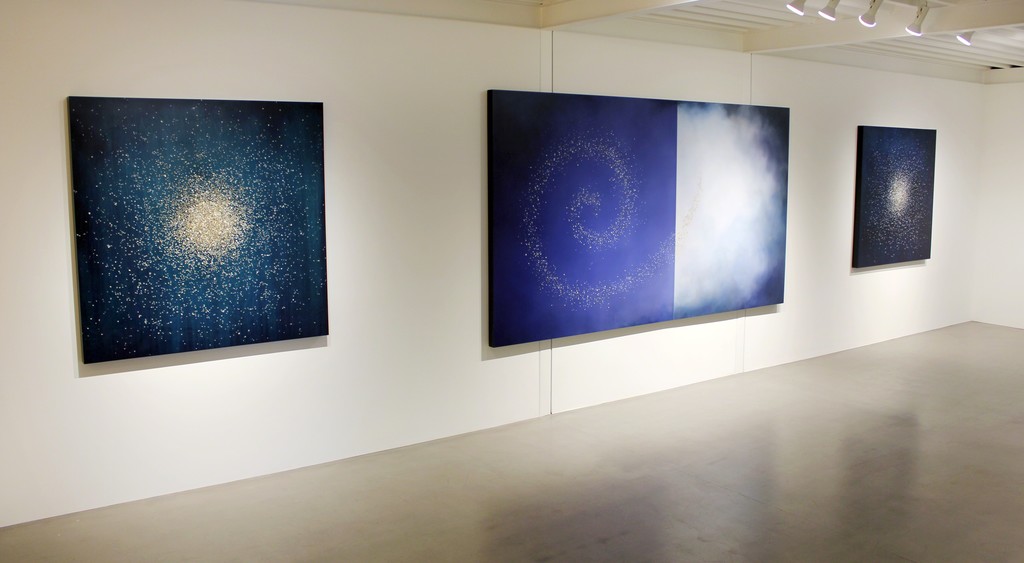 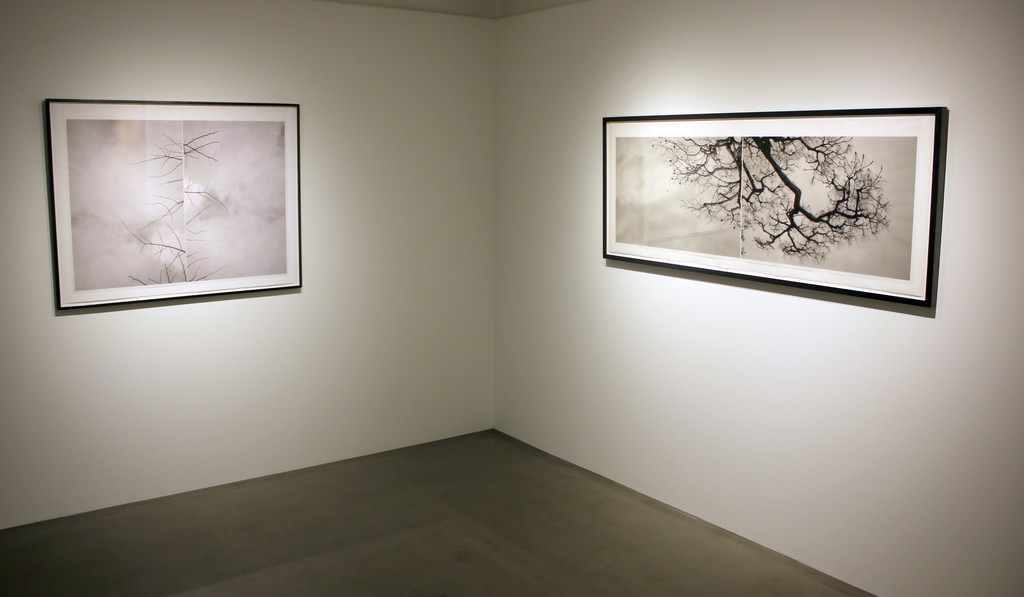 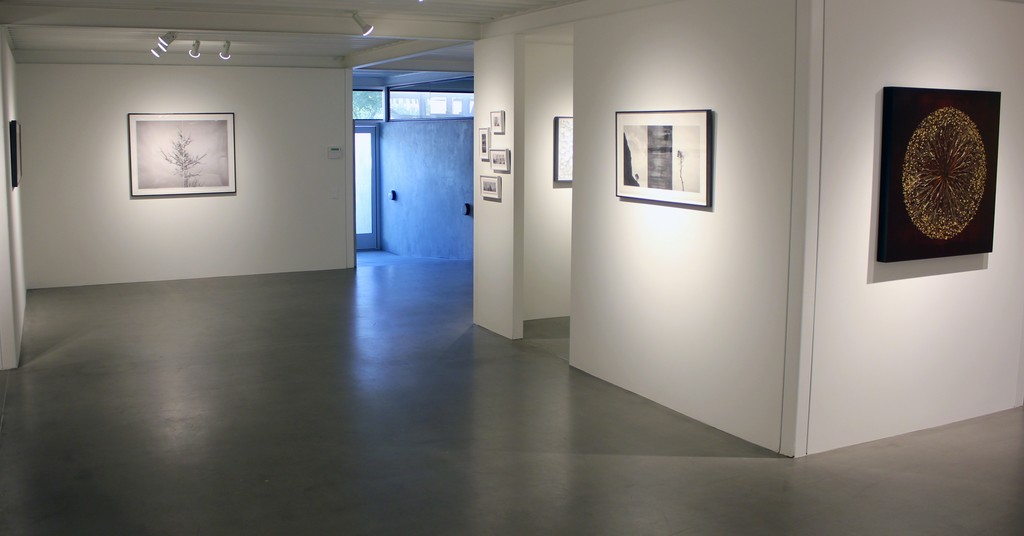 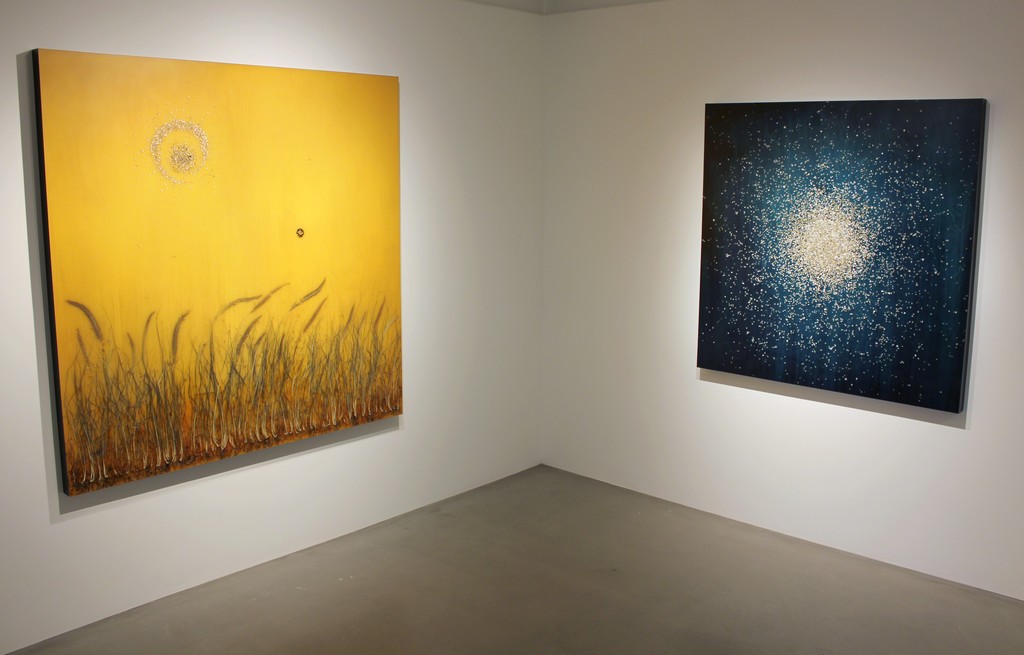 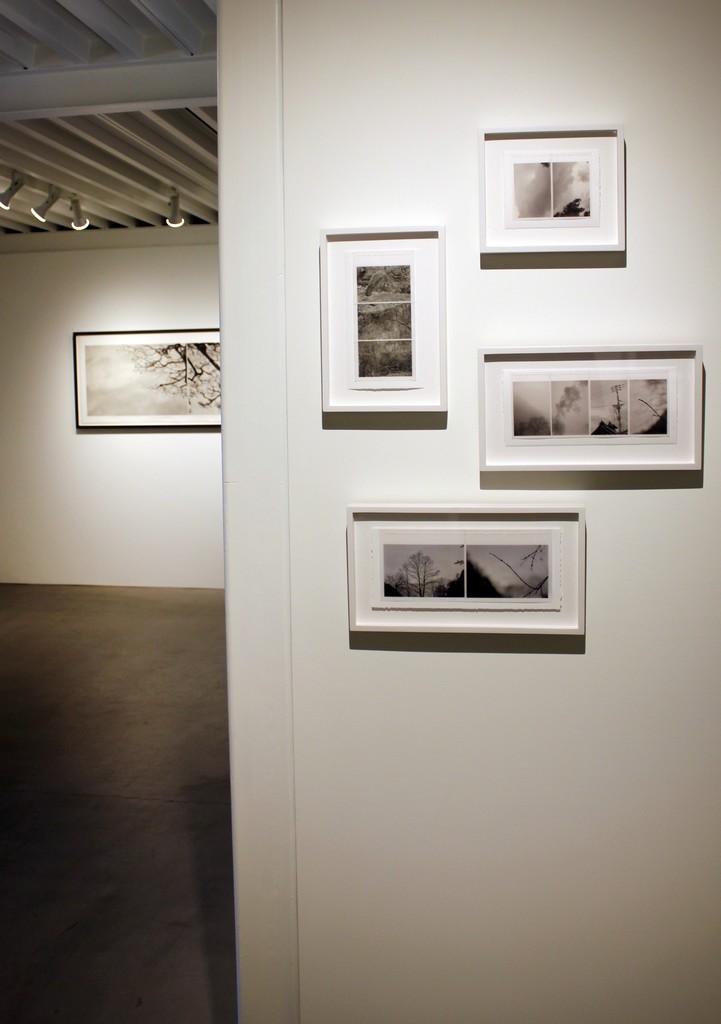 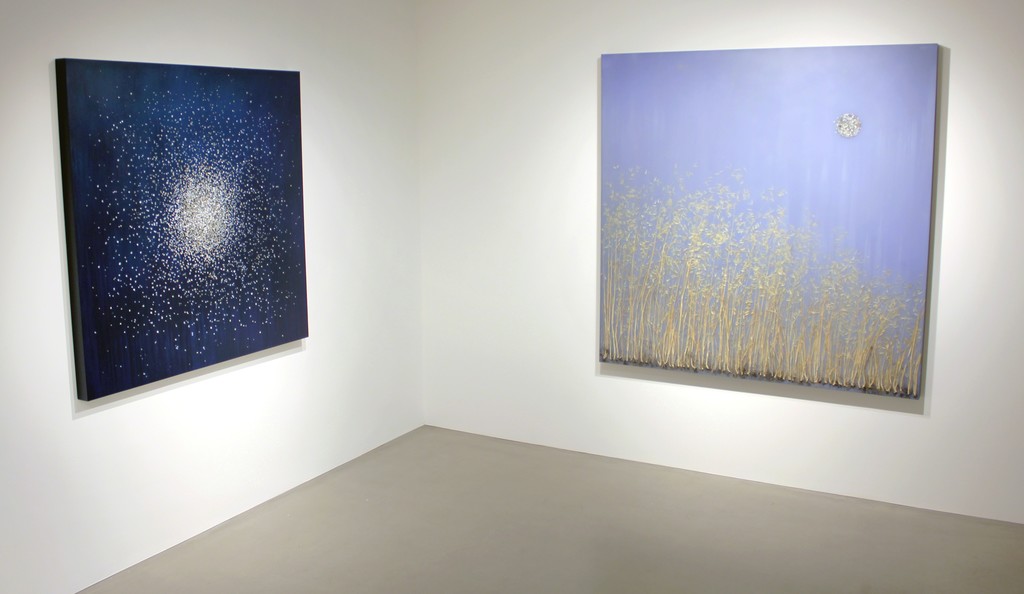 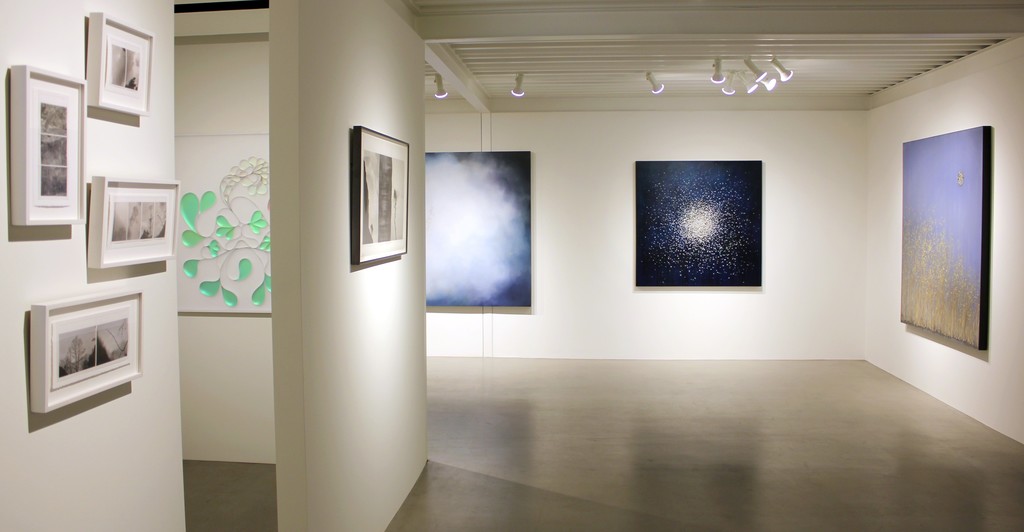 For over thirty years Lisa Sette Gallery has served as a hub of the Phoenix contemporary art scene. Sun-sliced and spare, in a building designed by the Arizona modernist architect Al Beadle, the gallery boasts a roster of widely recognized international artists, including several Arizona artists whose works and lives represent the unique aesthetic circumstances of the urban desert. This November Lisa Sette Gallery will exhibit new works by Mayme Kratz and Marie Navarre, Arizona artists working in diverse media who address nature, longing and beauty, and who speak unflinchingly of the central role of mortality and loss in our collective experience.

Mayme Kratz embeds biological detritus in thick, luminous layers of polymer resin. Her initial process is that of a naturalist; rambling the landscapes of the Southwest, collecting specimens from the desert floor, tracking rates of decomposition and dehydration among the many collections in her Phoenix studio. Then, working with viscous and chemically caustic material, Kratz expertly embeds her samples in wall-hung works and sculptural forms, elevating the landscape’s diminutive biological structures to the function of spiritual reliquary.

Kratz remarks: “The foundation of my creative process never changes. My work celebrates the endless cycles of change and rebirth in nature. My walks in the wilderness reveal fragile ecosystems, strange beauty – insights in detritus. Most of the time I focus on beauty, sometimes on memory, and recently on longing – for that which has gone missing – or what I feel, but cannot see.”

In recent works Kratz is concerned with the notion of “absences or disappearances” that may be sensed both materially, in our changing world ecosystem, and within our own transient human life cycles. Inspired by a quote from writer Tim Walsh, “Many things are known indirectly through what they leave behind, by their lingering effects on whatever remains in their absence,” Kratz’s attention has turned to the empty places in her works; how they may delineate forms in and of themselves, and tell stories of longing or memory.

“It’s kind of ironic,” says Kratz, “How do I create imagery with a blank space, or with something that’s absent? This may be what has me working the hardest right now.”

If such empty spaces speak of what has passed, they also delineate space in the universe for unknown futures, a mysterious dark matter that Kratz thinks of as “both cellular and stellar.” In Vanishing Light, a crimson starburst is limned in chamomile stems. Remarks Kratz,

“At night when I close my eyes I often see this very same shape and I refer to it as the vanishing light – something I see just before I fall asleep. A vision that does not exist.”
Kratz says the image, and the notion of absences and disappearances, reminds her of the Big Bang, and that, perhaps, “It’s a memory in our DNA of where we came from. Or maybe something of what’s to come.”

The photographic constructions of Marie Navarre also examine the paradox of absence and presence, loss and recovery, and the work of building a world inclusive of both experiences. Printed on handmade digital vellums and opaline photographic overlays, with occasional collage-like interventions, Navarre’s images often depict the vast expanses of sky and horizon framing a smattering of natural features, such as a conflagration of spare branches, or a terse flock of migrating birds. Her images convey the disorienting and dreamlike experience of gazing just above the earth’s horizon, catching mainly sky.

Speaking to her recent series, Navarre states, “This work is informed by loss and longing. These feelings began to be guided by a tenuous sense of wholeness.”

Navarre’s work to be debuted at Lisa Sette Gallery includes photographs shot in Japan, in an unusual flurry of image-making. Navarre reports that when she returned from the trip and began the task of sorting through her almost 500 images, she found sets that seemed to belong together, such as two nearly-book-matched angles of a plum tree, pictured in an atmospheric and spare work titled season of longing:

“I don’t remember taking pictures of both sides of the umeboshi tree or making the decision to photograph one side and then the other. There’s this sense of fracturing or shattering that has been with me for a couple of years...I was not thinking about that or the split pictures while I was photographing, but when I got back and looked at the images, they started to gravitate toward each other, and that had a resonance for me.”

In coupling these images, Navarre creates a tableau in which a vital sliver of information is absent; the images do not match up perfectly in a calm panorama, but rather join together two distinct angles of a similar vision, as if in acknowledgement that no single moment or expectation may encompasses an entire truth. There is an enigmatic and profound power in addressing the fracture:

“What has emerged as I look at the work, and in the process of making it, is a larger sense of wholeness that is made more whole by loss.”