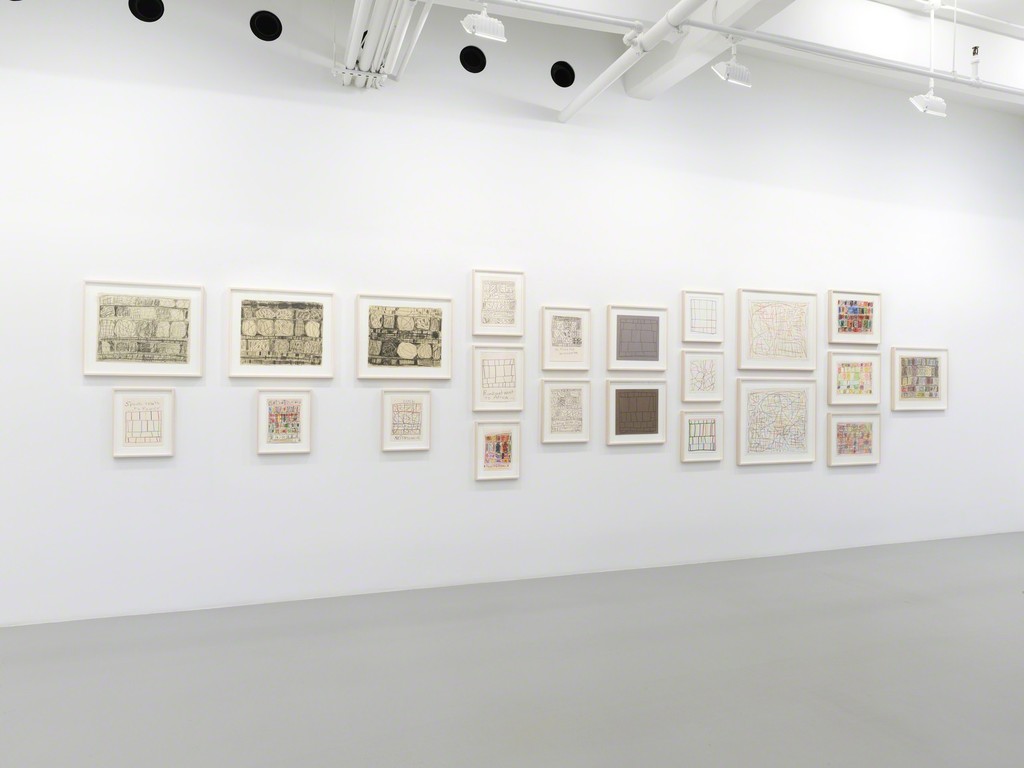 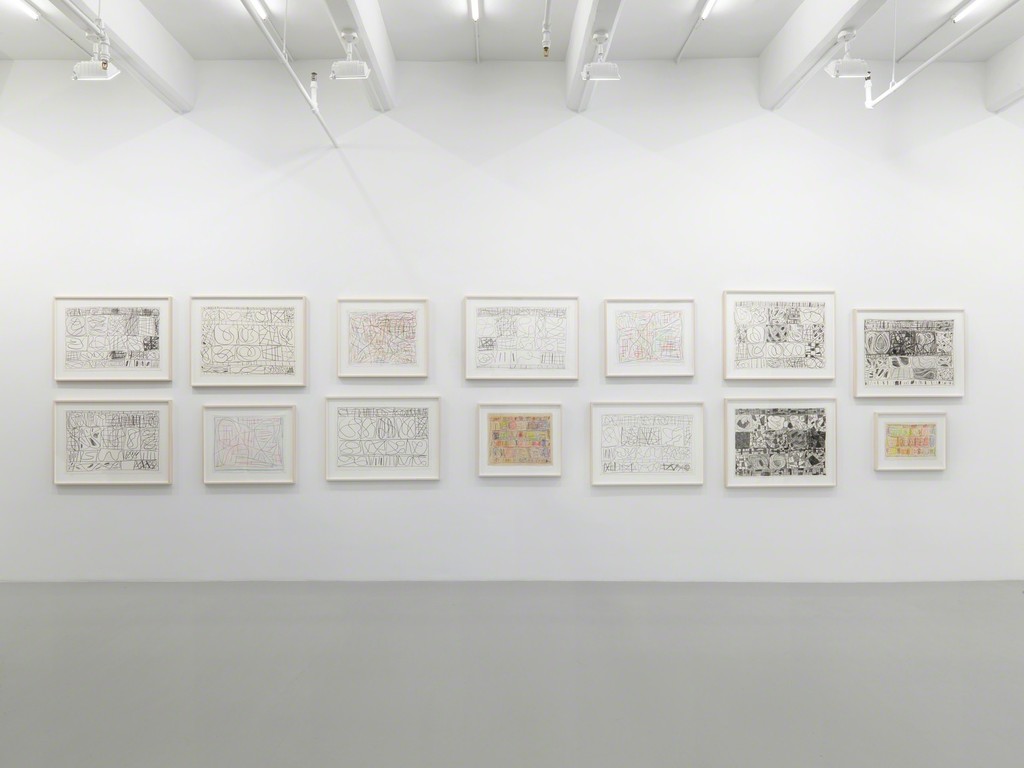 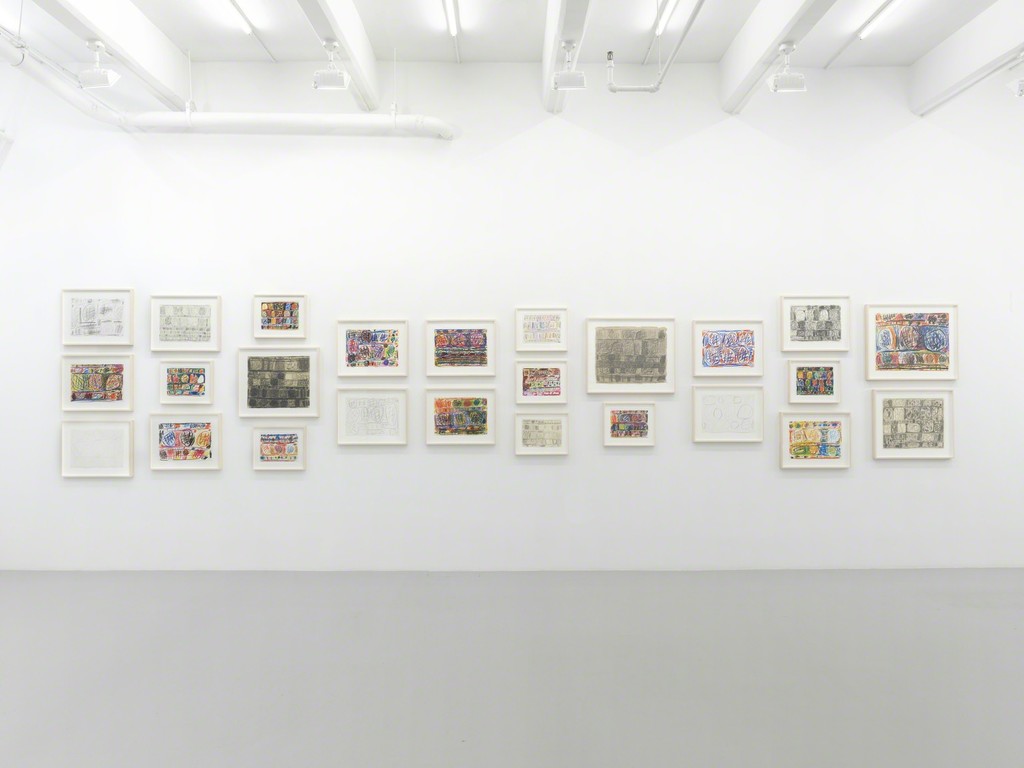 Stanley Whitney has been exploring the formal possibilities of color within ever-shifting grids of multi-hued blocks
and all-over fields of gestural marks and passages, since the mid-1970s. His exhibition at Lisson Gallery New York
will be the first major presentation of his drawings, highlighting important works from 1989 to the present.
Whitney’s works on paper are a critical component of his practice, in which he develops his spatial structure and
experiments with the placement of color.
Whitney’s signature format revolves around his use of a loose grid and it is within his sketchbooks and drawings that
Whitney works through the abstract structure of colored blocks and lines, testing combinations, arrangements,
density and transparency of colors to evoke a sense of rhythm and cadence. Whitney has noted: “For me, drawing is
a way to understand where things are in space. I felt that I needed to work on space because I didn’t want my color to
be decorative. I wanted color to have real intellect.”1
In Whitney’s work, color functions as both the design, creating shape and arrangement, and also as the energy,
simultaneously attracting and distracting from the color laid beside it. The colors are meant to be seen next to and in
relation to the others, rather than as individual blocks. While the drawings and paintings share the importance of
space and sequencing of hue — and the gesture of the paintings maintain a sketching quality with the deliberate
presence of the artist’s hand — the works on paper do not adhere to a square format as the paintings do. Instead, they
tend to fill the rectangular page. Thus, by their format alone the drawings allow for an entirely fresh approach to the
grid and pose a different challenge to creating the desired ‘call and response’ between colors. They incorporate a
wider variety of color and texture — Whitney uses mediums including colored pencil, graphite, acrylic marker and
crayon on surfaces as varied as Indian paper, Japanese rice papers and cardboard.
In his early drawings Whitney experiments with space in a freer format, with marks that are gestural and loose and
the areas of color or space between horizontals are sparse and circular. Following a visit to Italy and Egypt in the
early 1990s, he begins to experiment with the density of the color within the structure, as inspired by the classical
and ancient architecture of the regions. Building these blocks of color, stacked on top of one another across the
horizontal lines, the structure becomes more organized and the grids more precise and angular over the following
decades.
To accompany the exhibition, the gallery will publish a facsimile of one of Whitney’s sketchbooks, illustrating his
working process and the way in which he orchestrates shape and color.
1 Stanley Whitney, “Stanley Whitney in conversation with Lowery Stokes Sims,” Stanley Whitney: Dance the Orange, (New York: The Studio
Museum in Harlem, 2015), 60.
About Stanley Whitney
Stanley Whitney was born in Philadelphia in 1946 and lives and works in New York City and Parma, Italy. He holds
a BFA from Kansas City Art Institute as well as an MFA from Yale University and is currently Professor emeritus of
painting and drawing at Tyler School of Art, Temple University. Having developed his unique grid format in the late
1980s and early 1990s, Whitney’s work evokes a constant rhythm and profound lyricism deeply inspired by music,
and drawing influences from sources as vast as Egyptian architecture and Italian cityscapes to textiles and the Gee’s
Bend Quilts. Whitney's works featured in a major solo exhibition ‘Dance the Orange’, at the Studio Museum in
Harlem, New York, USA (2015), and he has been included in many prominent group shows such as Documenta 14
in Athens, Greece and Kassel, Germany (2017), ‘Nero su Bianco’ at the American Academy in Rome, Italy (2015);
‘Outside the Lines: Black in the Abstract’, Contemporary Art Museum of Houston, USA (2014); ‘Reinventing
Abstraction: New York Painting in the 1980s’, Cheim & Read, New York (2013) and ‘Utopia Station’ at the 50th
Venice Biennale (2003). He has won prizes including the Robert De Niro Sr. Prize in Painting (2011), the American
Academy of Arts and Letters Art Award (2010) and was awarded a Guggenheim Fellowship in 1996. Whitney was
inducted into the American Academy of Arts and Letters in New York in May 2017. Whitney’s work is included in
public collections such as the Nelson-Atkins Museum of Art, Kansas City, the Philadelphia Museum of Art, Yale
University Art Gallery, New Haven and The Whitney Museum of American Art, New York, among others. This
marks his third exhibition at Lisson Gallery, and his first in the New York location.
About Lisson Gallery
Lisson Gallery is one of the most influential and longest-running international contemporary art galleries in the
world. Today the gallery supports and develops 54 international artists across two exhibition spaces in London and
two in New York. Established in 1967 by Nicholas Logsdail, Lisson Gallery pioneered the early careers of important
Minimal and Conceptual artists, such as Art & Language, Carl Andre, Daniel Buren, Donald Judd, Sol LeWitt,
Richard Long and Robert Ryman among many others. In its second decade the gallery introduced significant British
sculptors, including Tony Cragg, Richard Deacon, Anish Kapoor, Shirazeh Houshiary and Julian Opie, to the public
for the first time. In addition to a number of renowned artist estates, including Roy Colmer, the Leon Polk Smith
Foundation and the John Latham Foundation, the gallery represents leading international artists such as Marina
Abramović, Ai Weiwei, John Akomfrah, Susan Hiller and Tatsuo Miyajima. It is also responsible for raising the
international profile of a younger generation of artists led by Cory Arcangel, Nathalie Djurberg & Hans Berg, Ryan
Gander, Haroon Mirza, Pedro Reyes and Wael Shawky.
For press enquiries, please contact
Shawna Gallancy, SUTTON Mackie Healy, Lisson Gallery
Tel: +1 212 202 3402 Tel: +1 212 505 6431
Email: [email protected] Email: [email protected]