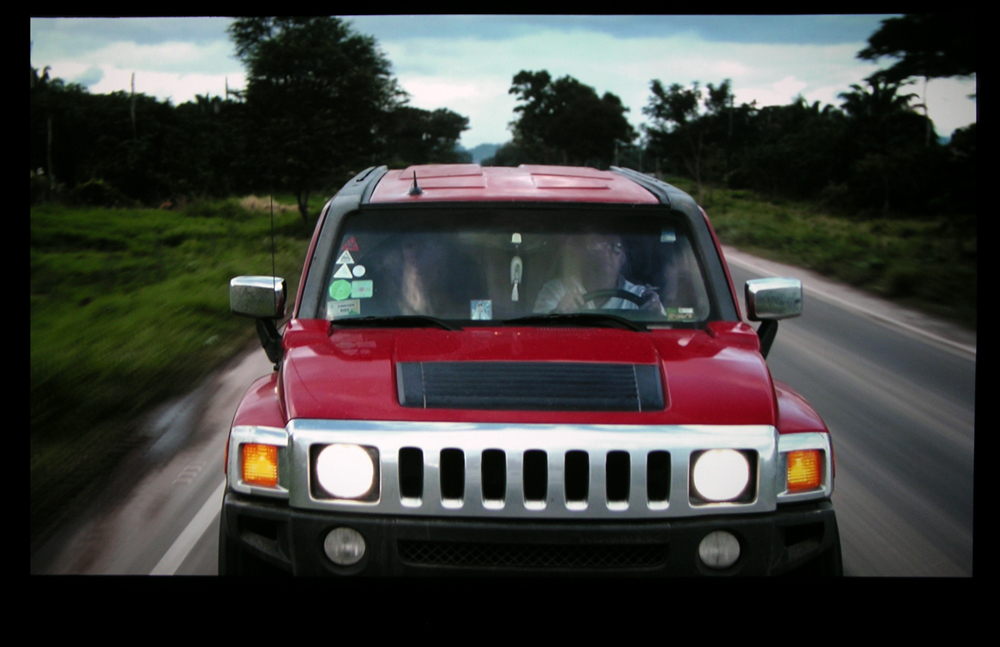 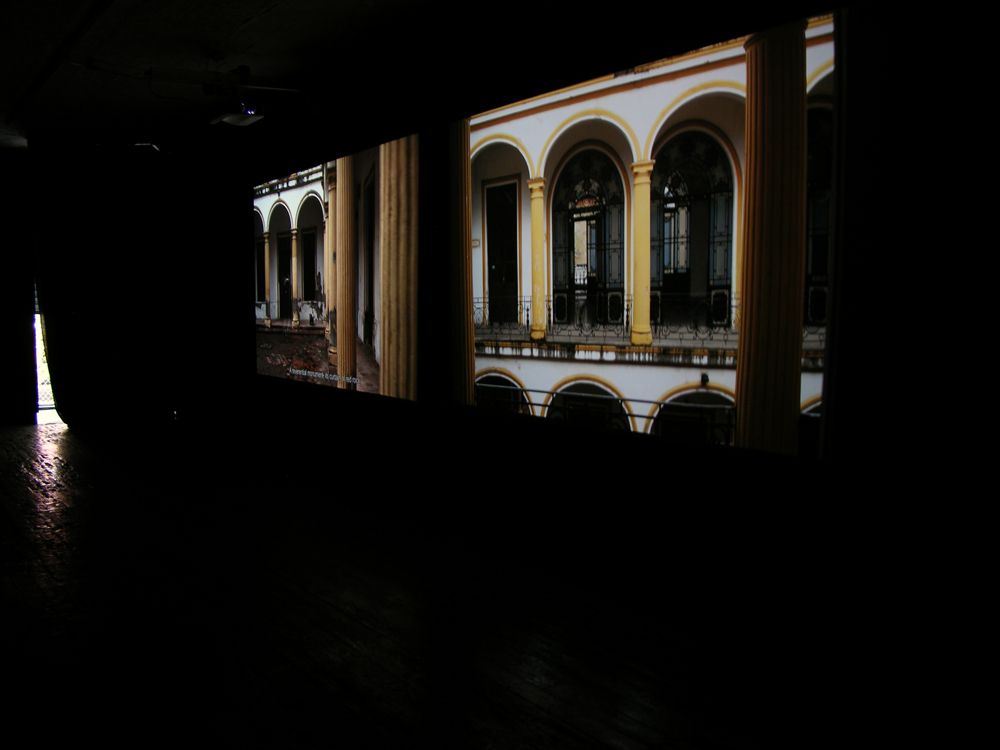 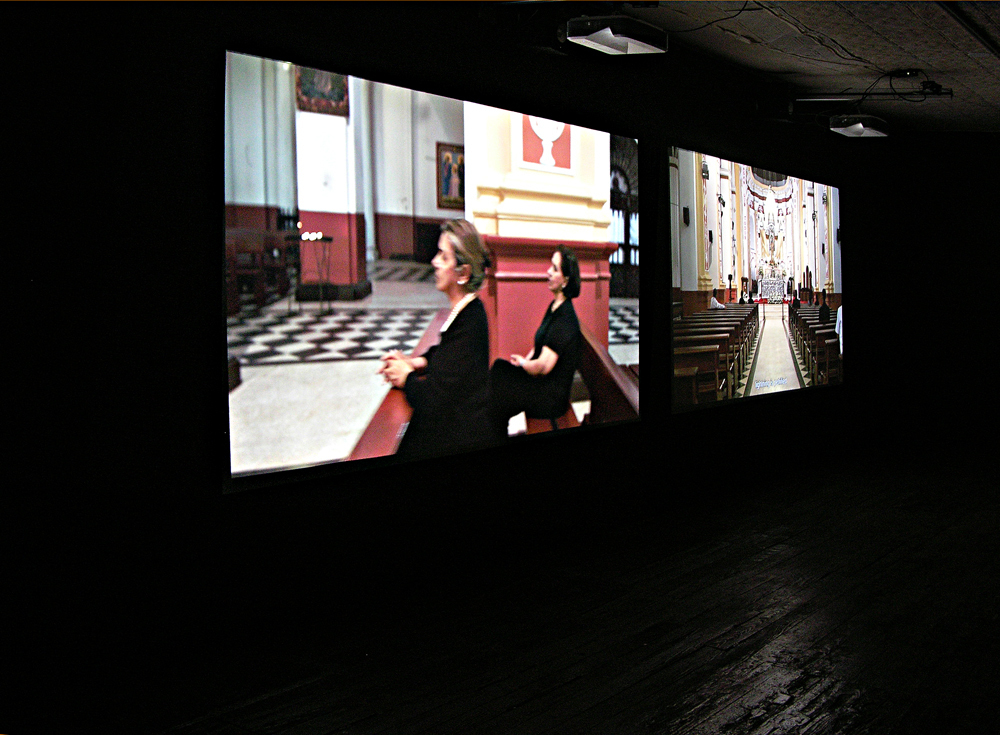 The first exhibit at LMAKgallery's new location at 298 Grand Street will be Claudia Joskowicz's two-screen video installation Los rastreadores (The Trackers). Joskowicz’s work looks at history and its repercussions on landscape. In her videos and installations, the viewer’s gaze is directed to the physical movement of the camera through a cinematic space where historic events and personal stories with a historic dimension are revisited and anchored in her native Latin American landscape. The action in Los rastreadores transpires in Jokowicz’s home town of Santa Cruz de la Sierra, Bolivia and is divided into four chapters composing a disjointed narrative that follows Ernesto Suarez
Duarte, its main character. Ernesto’s character was inspired by Roberto Suárez Goméz, a Bolivian drug trafficker nicknamed "the king of cocaine" who, in the early1980s, steered an influx of unaccounted income that pushed the city of Santa Cruz into unprecedented overnight growth, financed a military coup that instituted what is known as Bolivia’s narcodictatorship, and, in a letter to Ronald Reagan, offered to pay Bolivia's foreign debt of more than $3 billion in exchange for amnesty for his son who was imprisoned in Miami at the time.
Formally inspired by John Ford’s 1956 classic western film The Searchers, Los rastreadores takes the western film as a departure point, looking at how both interiors and the landscape are framed and the metaphorical implications of their framing. It merges and distills issues of race, class systems, and alienation into a minimal narrative that condenses a massacre in Ernesto's house, the kidnapping of his daughter, and the beginning of her search. Using silences and voice-overs, it centers on the power of myth where events operate as a displacement for the political discourse in the country.
Claudia Joskowicz lives and works in New York and Santa Cruz, Bolivia. Museum and institutional exhibitions include the Solomon R. Guggenheim Museum in NY; Fondation Cartier pour l'Art Contemporain in Paris; Museo Amparo in Puebla, Mexico; Museum of Contemporary Art in Roskilde, Denmark; the Tenth Sharjah Biennial; the 29th São Paulo Biennial, Museo Nacional de Arte in La Paz, Centro Cultural Santa Cruz, Santa Cruz (Bolivia), and Lawndale Art Center in Houston. Other group exhibitions at the Tenth Habana Biennial, Slought Foundation in Philadelphia, the Videobrasil Festival in São Paulo, LABoral Centro de Arte y Creación Industrial in Asturias, Spain, Center for Book Arts, Socrates Sculpture Park, Artists Space, Exit Art, El Museo del Barrio and The Bronx Museum of the Arts, all in New York, the McDonough Museum of Art in Cleveland, Dukwon Gallery in Seoul, the Soap Factory in Minneapolis and the Dallas Contemporary. Her work is part of the collections at the Cisneros Fontanals Art Foundation, the Kadist Art Foundation, the Solomon R. Guggenheim Museum, and Asiaciti Trust LARA Project Collection.
Special thanks to the MIT Program in Art, Culture & Technology who provided equipment support for this exhibition.