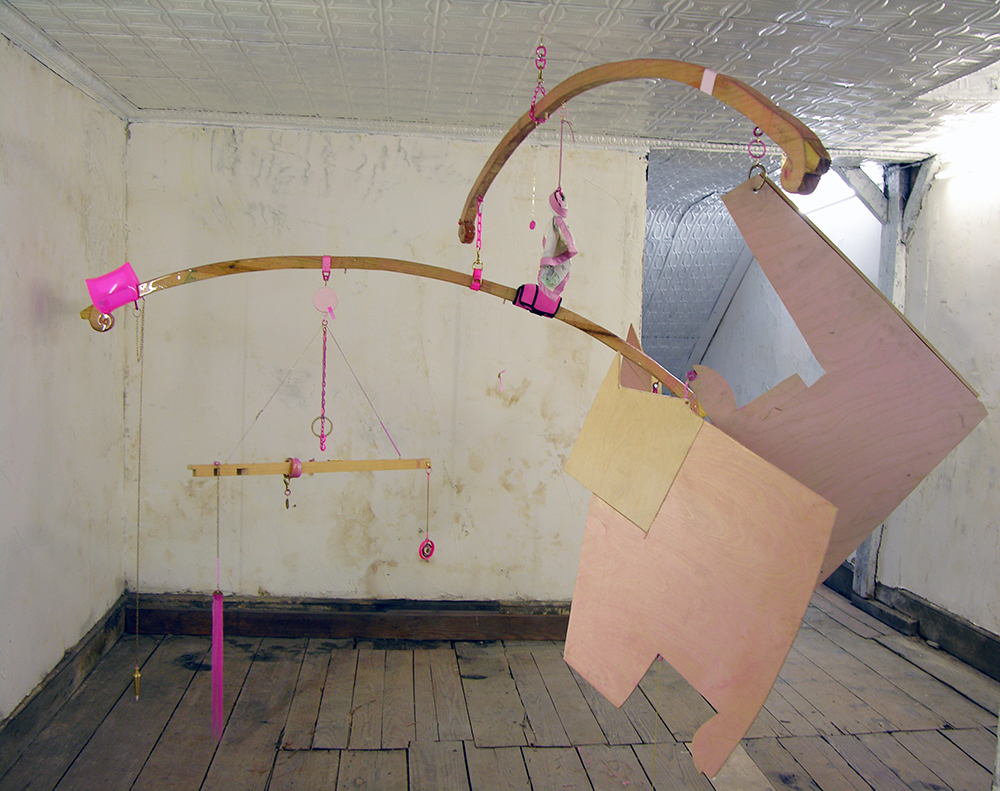 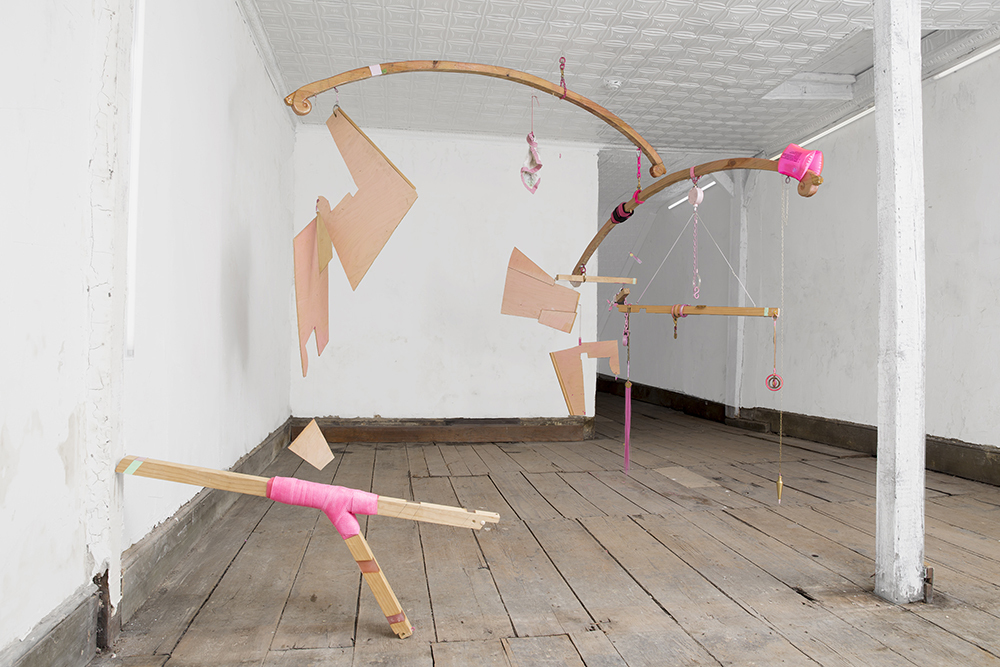 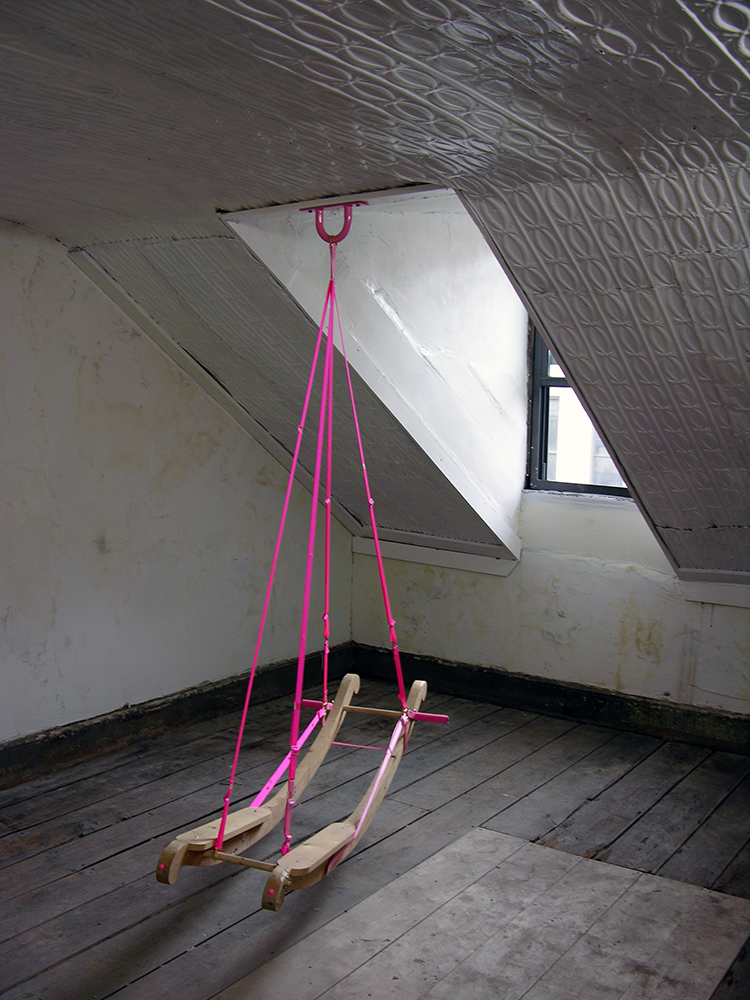 LMAKgallery is pleased to present Aiden Simon’s latest iteration of the sculpture My Little Pony on the 3rd floor. In its current manifestation presented at the gallery, My Little Pony takes the form of a mobile hanging from the ceiling with its deconstructed parts floating throughout the former private quarters in the attic of an old tenement.

The sculpture first debuted in 2012 at the Sullivan Galleries of the School of the Art Institute of Chicago, in the form of a rocking horse. The namesake toy was completed by Aiden's partner, Pony, rocking nude with wooden runners attached to their hands and knees, and a butt-plug ponytail that swung with each rocking motion.

In subsequent iterations, these wooden runners took on a life of their own and transformed into a frame for a swing; a footbridge festooned with delicate trinkets; and a swing boat. The changing state of this sculpture, which was intimately related to a specific transgender body and the imagery of a child’s toy, has subsequently taken on new temporal forms that bear the traces of sequential shifts as the object is pushed to its next state.

By embodying the ongoing processes of transition, the work lives as a temporal sculpture which is constantly refusing a stable identity. The assumed boundaries and fixities of the object are demonstrated to be mutable, and the same object becomes new again and again, accruing experience and history with each subsequent transformation. This DIY logic infuses the materiality of the work as it continuously shape-shifts into destabilized future identities, rife with the renewal of self-making potentiality. With its headlong embrace of the kitsch and the idealism of childhood, My
Little Pony has been repeatedly renewed in an ever-evolving iconographic assemblage of the playful nature of queer childhood and becoming.

Blurring the boundaries of sculpture and performance, the world proposed by this morphing child’s toy allows for creative play to be understood as a site of re-imagining common sense and imposed limitations. Within the world proposed and demonstrated by My Little Pony, a person can be a dog; an adult a child; or a rocking horse can become a swing. A physical metaphor for a limitless exploration of trans subjectivity, the sculpture embodies the notion that since nothing is limited to stable states, transformations are limitless. The recurring youth of the object conjures a new life each time, asking us to witness the ability of materiality to shape-shift. Ever in motion — both
literally and conceptually — the animacy of the sculpture embodies transformation and its libidinal, youthful hope.

Aiden received his BFA in Photography at Maryland Institute College of Art (MICA) 2009, and MFA at the School of the Art Institute of Chicago (SAIC) 2013. His work has been shown at the Sullivan Galleries, IL, Housatonic Museum of Art, CT, FOLEYgallery, NY, Denny Gallery, NY, and LMAKgallery, NY.